Something had to give, tonight it was the food - by Gerry Corner

YOU could spend all day and much of the night in Heritage if you were in that sort of mood.

Settle in at breakfast time: scrambled egg or smashed avocado, mushrooms with shallots and garlic, if it’s not too early for you. Latte your way through late morning; then there’s lunch, fish and chips, curry and rice and, later, big plates, small plates and while-you-wait plates, lamb koftas and steak and chips, all washed down with a cocktail or five.

The one-stop food and drink station is a business model employed by numerous restaurant-cum-bars about town, which face a lot of competition for the not-a-lot of spare cash in people’s back pockets.

The jug of gravy took 'all day to make'... it’s the one thing that really tastes like it

Heritage is one such place, its menu attempting to cater for every taste, whatever your heritage. At night it feels cosy and welcoming. We are greeted by cheery smiles and chipboard, with warmer touches by way of shelving with pot plants, and low slung, low lit globe lamps.

The window is occupied by a small, well stocked bar, but the five or so tables were all taken. So we are shown to a mezzanine level with plenty of free tables, but it's rather Spartan and lacking atmosphere, partly as a result of being entirely empty. Fortunately, we got promoted downstairs as soon as a space opened up.

For a new, small, independent restaurant trying, on a limited budget, to be all things to all customers at all times, there’s always the chance something will give. Tonight that something was the food. 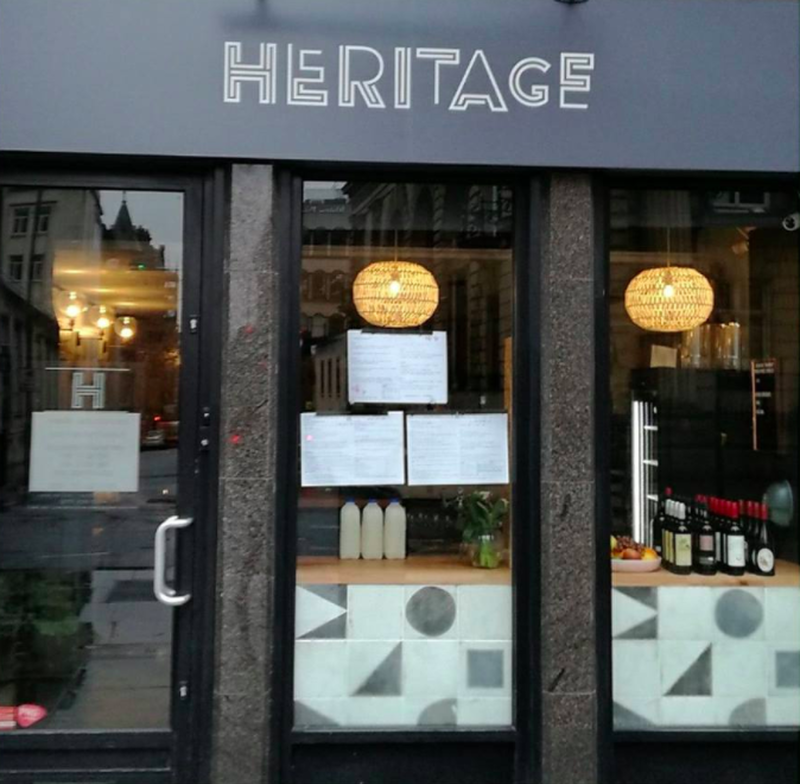 We start with hummus and “punchy zhoug” (£3.50), the former smooth and creamy but in need of more garlic, the latter a sort of spicy Mediterranean pesto, so hot that we couldn’t taste the hummus anymore.

It came with bread that barely tasted of anything; half a dozen slices of a batch-type loaf, presented in a crumpled brown paper bag that keeps wanting to fall over.

From small plates we have squid salad (£8), whose green elements – grilled lettuce heart and strips of courgette – work well; unfortunately, the squid’s “crispy” batter comes off on my fingers, while a roast garlic aioli is good but there’s not much of it.

Crispy local cauliflower (£7) really is crispy, and charry, retaining its texture. Along with a creamy, subtly spiced satay sauce and pickled vegetable slaw, it’s a good looking, well-balanced dish and the most accomplished of the night. 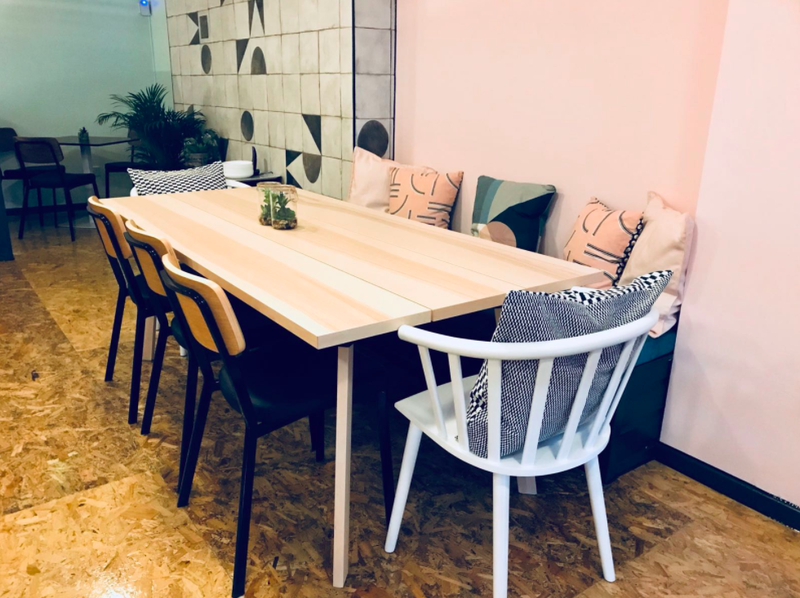 There are only two big plates to choose from – beef rump with chips (£18), and hake with new potatoes (£16) – so we have both. Steak is as much about the provenance as the preparation; there’s nowhere to hide, no masking any inferiority in a haze of herbs and spices. I don’t know where this 8oz rump came from but, although cooked rare as requested, it remained tough and flavourless.

Accompanying chips are flabby, and the bowl of salad leaves on the side is both out of place and suffocated by a dressing that is way too acidic. The best thing on the plate is the jug of gravy (£3 extra); it took “all day to make” we are told, and it’s the one thing that really tastes like it.

Similarly the hake is a sub-standard fillet; fish at its best gleams with freshness. This was dull, bland, slightly overcooked and unevenly seared. 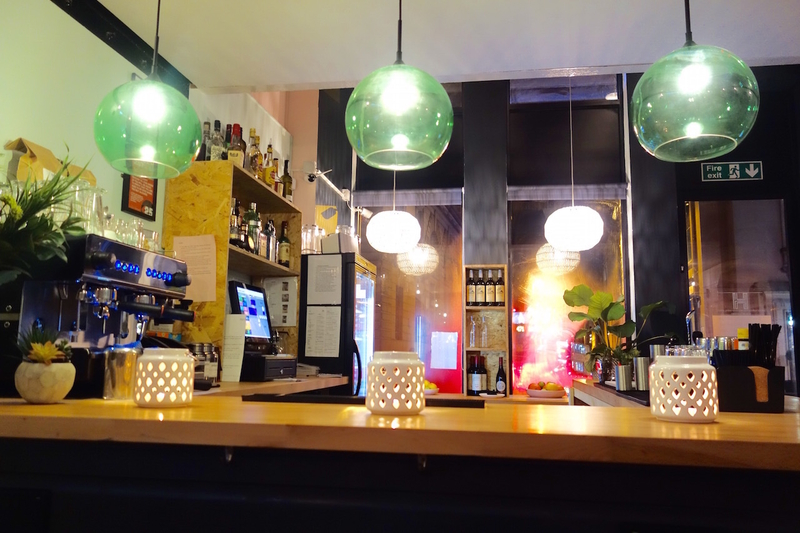 Desserts were a decent enough: baked vanilla cheesecake (£6) and a chocolate mousse (£6.50) buried underneath a pile of dried chocolate fragments which gave the impression, my friend observed, “of a newly swept grate”.

I really don’t know, but comments on a well known customer review website unanimously speak well of the place, and while this is not entirely reliable, there were enough signs, here and there, to suggest that the kitchen is actually better than this.

One thing they might want to consider is where they buy their fish and meat. As that piece of rump amply illustrated, you can’t make a silk purse of a cow’s rear.