'It's a delight to be in this easy, generous company' - Grilla, Mossley Hill, reviewed

THE little girl’s eyes shine into the camera. She is no more than two and a half years old and is entwined in the arms of her father, Ektoras.

Just as he had a hand in making her, Ektoras (pronounced Hector) makes everything - and I mean everything: from foodstuffs to furnishings and fittings.

A one-time sheep and goat farmer in Cyprus, churning out halloumi and yoghurt, he also makes the dinner at Grilla - the successful Hardman Street restaurant he founded as part of a Greek-Swedish collective a few years ago.

Theirs is a simple souvlaki/barbecue/grill concept. The Scandinavian-influenced design giving things a youthful, stylish feel, a world away from the cliches of Zorba the Greek and plate smashing.

Now Grilla has opened on Allerton Road, a spit, or should that be a spit roast, away from Ektoras and his young family’s home. 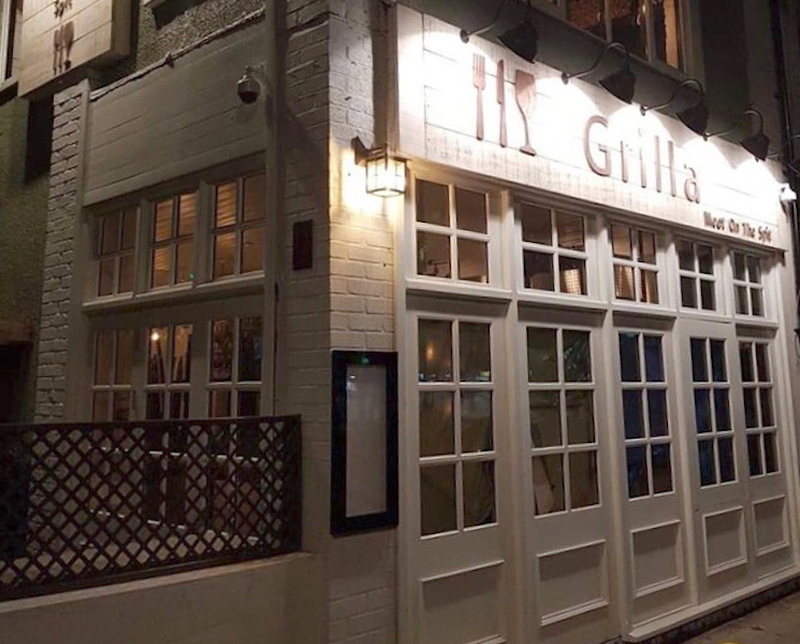 Whitewashed, weather-beaten tongue and groove covers the walls and ceiling, amid flashes of exposed brickwork. There are stockpiles of logs aside an open fireplace; lines are that cool and warm at the same time. There’s a restrained nautical look - and stars - which wouldn’t look out of place in a fisherman’s cafe in Kennebunkport, a place where, in another life, I had the world’s best clam chowder, created by an elderly man in Maine. Back in Mossley Hill, Ektoras is the main man and has built everything we see.

There are plenty of shining eyes in here tonight, with laughter, reckonings and tales to be told. For I have once again found myself out with the Cypriots. These are a people - not unlike those in the rest of the Med - for whom food and hospitality is the social everything, from the moment they wake until they sleep.

There is little that does not revolve, little that cannot be resolved, around eating. In a world of sunshine where few plans are made, this can involve a flash mob turning up at your house if news of an impromptu spread gets around.

It is always a delight to be in this easy, generous company. Some are as Scouse as they come. Another is a fiercely proud flag-bearer for their homeland which they matter-of-factly refer to as “paradise”.

Monday evening and sheets of grey rain are bitterly coursing through the parched drains outside. The frequent reminder is a front door that refuses to fully close, whipping in the wind. But Grilla retains its composure, sitting pretty over two floors and packed out with locals.

I am looking at the menu - a meat fest of whole chickens, kebabs, mixed grills, - and unsuccessfully wondering what to order that might allow me to bring novelty and a bit of ooh la la to your weekly reading experience.

The dilemma is swiftly taken out of my hands. “Bring a bit of everything,” the nodding staff are told. For that’s the way it’s done in paradise.

A bit of everything is a plentiful pile of some things, but typical enough of what you can expect. A mixed platter (£21.50) of chicken and pork souvlaki eaten off the wooden skewer, is elevated by possibly the best tzatziki I’ve come across.

At no extra cost come vivid, red cured Greek farmer sausages, the size of missiles, which lie in wait for their moment across a hill of chips. Better is the rustic looking sheftalia, a skinless, traditional Cypriot sausage made from pork and beef, cooked on charcoal and given a tenderness from the rendered fat in the meat. You can order either of these as standalone dished for £11. Like everything else, they are prepared in front of us by an assembly of people over an open barbecue.

Adding colour and crunch is a decent, lightly dressed garden salad/slaw. Meanwhile, thick halloumi chips (£4.90), delivered in a Jenga formation, are a delicious, deep fried indulgence and well worth seeking out.

To finish things there is just the right amount of light lemon sponge, which could frankly stand a lot more lemon, finished with both drizzled and piped cream. Cutting through it, a hefty downpour of crisp sauvignon blanc.

“What are you doing tomorrow?” someone asks. “I dunno,” is the (correct) reply.

In 2018, “paradise” is perhaps not the first word that springs to my mind when thinking about our own conflicted isles. Instead I consider how we all become our best when we open ourselves up to a cross fertilisation of ideas from other people and places. And how Liverpool, historically, is particularly good at embracing the contradictions, gaining its cultural strength from the crackling sparks of thought.

Sometimes we are luckier than we know.

General Post Office puts its stamp on the MetQuarter 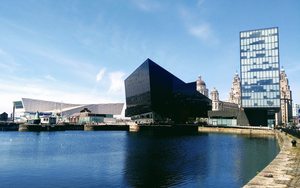 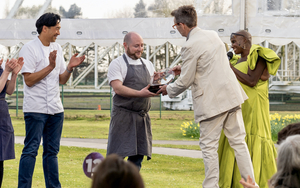 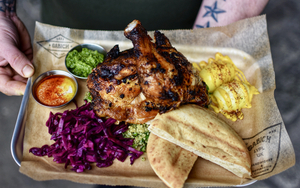