Fortify yourself – we’re off on a sherry tasting

IT’S a tired old myth that sherry is a tipple consigned to the back of your great aunt’s drinks cabinet only to be dusted off each festive season, stale as last year’s Christmas cake. Tell that to the gathering at Lunya, here for one of the Barton Arcade-based Catalan specialists’ most popular tastings, and eager to be initiated into the secrets of one of the world’s greatest and most diverse wine styles.

On hand is in-house sherry expert Ian Jackson, who has learned those secrets first hand in the traditional bodegas at the heart of the ‘Sherry Triangle’ – the southern Spanish towns of Puerto Santa Maria, Sanlucar de Barrameida and Jerez.

The latter – which gives its name to this unique wine fortified with grape spirit and aged for at least three years – is at the heart of the industry, and where the greatest names are located. Their wines are produced by the traditional ‘solera’ system, whereby small fractions of wine are blended across a sequence of oak barrels (or solera), the average age gradually increasing as the process continues over many years. 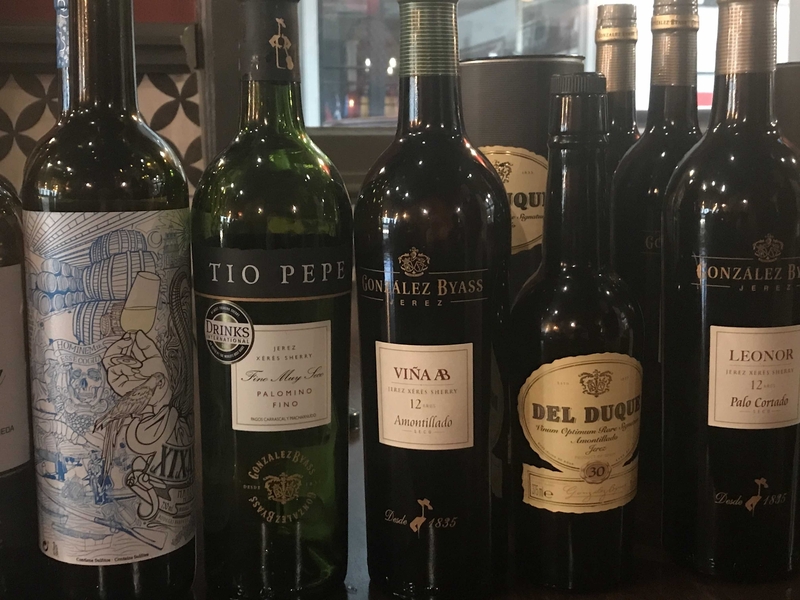 The result, depending on the time scale and sugar levels, is a range of non-vintage, fortified wines called Fino, Amontillado, Palo Cortado, Oloroso and Pedro Ximenez. All these sherry styles, from bone dry to stickily sweet, figure on the stock list at Lunya, repository of perhaps the finest range of Spanish produce in the UK, and with wine playing a prominent role.

Lunya’s sherry tastings are legendary. General Manager Jackson opens the event, inevitably, with a couple of Manzanillas from Sanlucar, the atmospheric town on the Guadalquivir estuary from where Columbus sailed to America. Manzanilla is a voyage of discovery in its own right.

Like its inland sibling, Fino, it is protected from the calculated oxidisation that colours the rest of the sherry clan by a surface layer of ‘flor’, a natural yeasty foam. Sipping the standard Delicoso Manzanilla (£21.95 a bottle) and the more complex Xixarito Pasada (seven years ageing, £20.95), do we detect a saline tang? From its coastal vineyard site? Ian tells us this may just be received wisdom. Certainly the Manzanillas are palate-cleansingly fresh and great seafood wines. 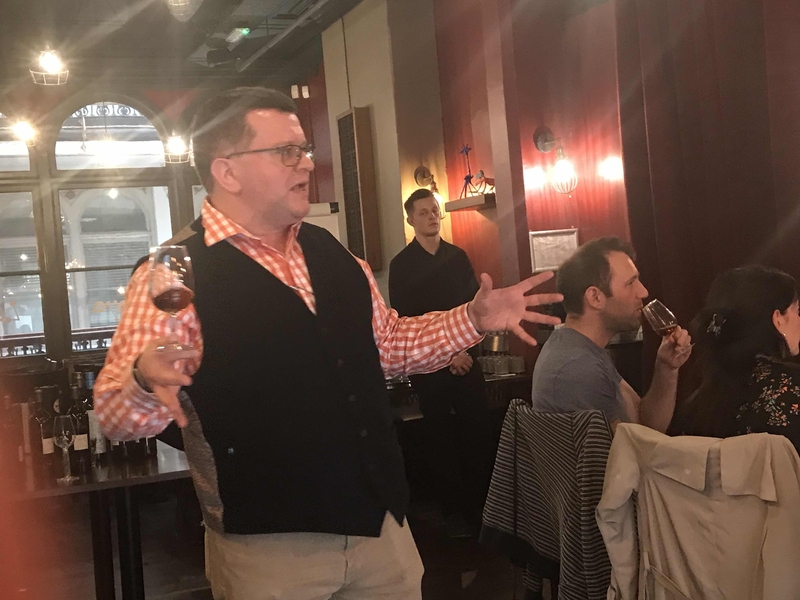 Moving on to the classic Fino and Tio Pepe (£15.35), around since 1844 and named after José Ángel de la Peña, the Uncle (Tio) Pepe (short for José, or Joseph) of the bodega’s founder, does feel more rounded. The white Palomino grape makes up 90 per cent of all sherry and Tio Pepe producer González Byass proudly namechecks individual vineyards which contribute to the blend.

Perfect expression is the groundbreaking En Rama (it means literally ‘on the branch’, or raw), lightly filtered and so packing more uncompromising Fino flavour; yeasty, even slightly smoky, fresh and savoury in the same glass.

As we’ve intimated, all the sherries are somehow a progression in styles. So Ian’s next sherry for us is Tio Pepe Vina AB (£18.65), essentially the Fino allowed to mature longer, around nine to 10 years (half under flor). It’s a light, entry-level Amontillado, with hints of orange peel and even chestnuts, dry but not as austere as the next wine, the renowned Amontillado del Duque (£24.95 for 37.5cl), 30 years old and classically nutty. Matusalem, same price, same 30 years’ ageing, is an Oloroso, luscious and sweeter thanks to the addition of Pedro Ximenez grapes.

Pure PX is the culmination of the tasting. El Candado (£27.45), from the Valdespino bodega, means ‘padlock’ in Spanish and every bottle comes with a small padlock and two little keys. The idea is that a butt from this solera used to be locked away as someone from the Valdespino family wanted to keep the wine to himself. From sun-dried grapes, this is a staggeringly sweet, dark tipple that matches chocolate perfectly and is heavenly poured over vanilla ice cream.

After Lunya’s generous (the whole tasting costs just £30 a head) helpings of tortilla, jamon, padron peppers, patatas bravas and much more, this was almost the tipping point. We managed. Who said sherry isn’t food-friendly?