Eight Labour councillors, all of them women, will next week be calling on Mayor Joe Anderson to write to Norman Baker, Minister of State for Crime Prevention, to expresses concern at the loss of important services in Liverpool which help prevent violence against women and girls.

Services lost or reduced include some which support females affected by violence to escape the patterns of behaviour often associated with repeated attacks.

The councillors blame Government-imposed spending cuts of £173m, with more economies still to come, for reductions or loss of vital services.

Liverpool has, on average, 12,000 calls to Merseyside Police each year in relation to incidents of domestic violence. 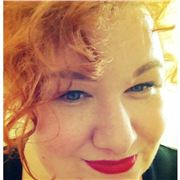 Michelle CorriganThe eight also warn that young females in Liverpool are at risk of being taken to Africa to undergo genital mutilation, outlawed in the UK in 1985.

The councillors say in a statement to the city council: “The cuts have resulted in services being closed or reduced, despite having evidenced their positive impact on domestic violence and other forms of gender based violence.

Cllr Corrigan told Liverpool Confidential: “The figures for domestic violence in North Liverpool are worse than sad, they are worrying. People die because of this level of violence and we need to do something to stop this happening.

“In Liverpool we have one of the highest rates of violence against women with North Liverpool seeing almost six times the national average cases at the Multi-Agency Risk Assessment Conferences (MARAC) set up to address cases of domestic violence.

“Liverpool as a city is deprived and North Liverpool itself contains some of the most deprived areas. There is no single reason for this high level of violence. It can be fuelled by alcohol,  low income, low esteem and we are seeing some really serious cases. It must always be remembered that children are often involved. The problem is with all the spending cuts there is not the support people need. There are some brilliant helplines, but often more help is needed.”

She added: “Supporting victims and providing education to professionals who come into contact with those victims is imperative to reducing the numbers of women affected.  We cannot afford to lose these valuable services.”

They also express concern at the issue of Female Genital Mutilation (FGM) defined by World Health Organisation as procedures including partial or total removal of the external genitalia or other injury to the female genital organs for non-medical reasons.”

It is not only a human right violation, they say, but a public health issue.  FGM is almost always carried out on very young girls, and this is also a form of child abuse. Despite it being illegal in the UK since 1985, no government strategy or task force exists to combat this issue.

The last study showed that 22,000 children are at risk of FGM in England, including Liverpool, and children are being taken to Africa for the procedure.

The eight councillors want to city council to recognise the need to change the culture around victims reporting gender based violence of all types.

“Victims often say they face difficulties with police when reporting these crimes; common concerns include not being believed, action not being taken quickly enough and not feeling supported through the interview process. This puts women off reporting crimes and means we never truly understand the magnitude of the problem. We must see an improvement in the way police deal with incidents of violence against women.”

The councillors also want the Mayor, in his capacity as chair of Liverpool’s Health and Well Being Boar, to write to Health Secretary Jeremy Hunt to express council’s concern over the government’s failure to tackle the issue of FGM. They also want the council’s own cabinet member for Children’s Services, Cllr Jane Corbett, to work with agencies and prtners to continue to protect girls and women from FGM.