The Bombed Out Church is an institution and Liverpool’s most treasured landmark. Sitting proud at the top of Bold Street, its steps have cradled us and our chippies at 2am on a Sunday morning and acted as both a meeting point for those all-important first dates and a platform for celebrating some of the city’s most seismic achievements – Champion’s League, anyone?

It’s a grand looking thing indeed, dating back to 1811, and it’s as hard as nails, too: still standing strong despite a battering in the Liverpool Blitz of 1941.

I’d come back to the BOC Garden Bar solely for the pizza, but the promise of music and culture has got me gagging to return

Today, the Bombed Out Church acts as a living memorial to all those who lost their lives during the Second World War – but over the years it’s developed into much more than that. The grounds of the church have also become our most favoured community event space: we’ve drank gin and beer at festivals, bought our wares at craft markets and danced our socks off at the odd music gig or two.

If you ask me, the novelty of the place has never been lost, so it makes complete sense for a more permanent fixture to be set up in the grounds. The Bombed Out Church Garden Bar opened in July this year, just as things were opening back up for the country’s hospitality industry.

Obviously, socialising is a little different post-pandemic lockdown: there’ll be no sauntering up to the bar to grab yourself a gin but instead a QR code to scan with everything being served at your socially distanced table. Oh, and I should mention that it’s a card-only bar, so keep your cash at home.

We arrived on a Friday afternoon but, to be honest, the place was far from booming. A few tables were occupied, but the vastness of the grounds made things feel a little empty. Undeterred, we grabbed a table and ordered a couple of local gins and a bottle of beer  while we agonised over what pizzas to get.

In the end we chose a wild mushroom (£7) and an olive garden (£7.50) and my god, they were good. There’s just nothing better than a wood-fired pizza and the fellas at Turncoat have got it down to a fine art.

I’m a less-is-more kind of girl, so I favoured the simplicity of the wild mushroom over the olives, onions, feta and peppers of the olive garden – but both were an equally good champion choice for all the veggies out there. 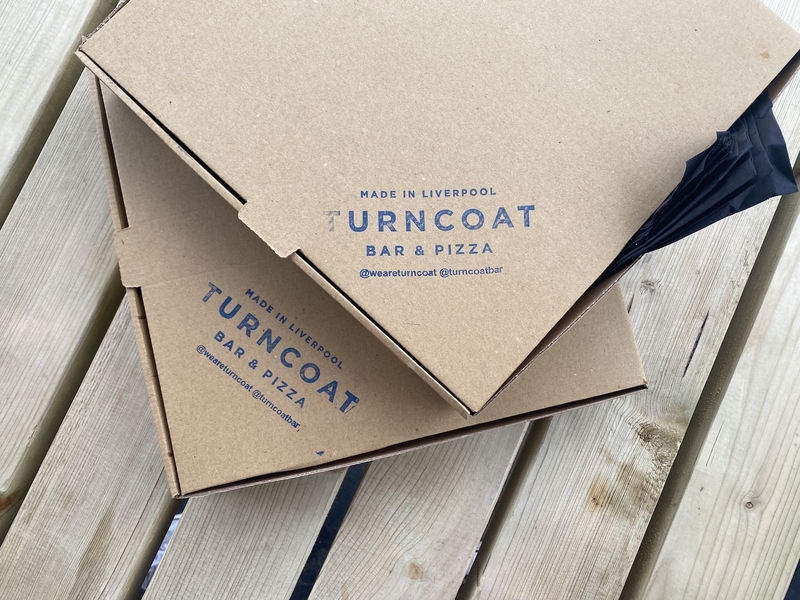 Thankfully, the garden started to get busier at around 5pm but still, there was definitely something missing. It took me a while to realise, but the something missing was the lack of sound. You could almost hear a pin drop. And yes, I know we might have technically been engaging in some light debauchery in the home of our Lord, but a little bit of music never hurt anybody, did it?

Bemused, I asked about it and it turns out the lack of music is down to a lack of speakers. Makes sense. However I was assured that good things are coming. On weekends, the BOC Garden bar plan to host live acoustic sessions, along with some other arts and cultural events including the current Liverpool Theatre Festival (11-19 September).

I’d come back to the BOC Garden Bar if solely for the pizza, but the promise of music and culture has got me gagging to return. It’s early days for the garden bar and I’d say it’s definitely still finding its feet, but I can’t wait to see what the future holds for this our most treasured landmark and institution of the city.