From Hamlet to horror, flower festivals to floating football, there’s a packed month ahead

With some of the city’s bigger theatres ‘going dark’ for the summer (that’s luvviespeak for taking a break), the Epstein keeps things ticking over with a madcap plunge down the rabbit hole. Played panto-style, this version of Lewis Carroll’s proto-surrealist tale promises ‘singing, dancing, puppetry and audience participation’ - so don’t be late!

SUMMER FOOTBALL ON THE DOCK | Royal Albert Dock | Until 22 August

With the national mood having been lifted by the World Cup, football comes even closer to home this summer thanks to the Albert Dock’s free Summer Football on the Dock sessions. Led by Everton FC in the Community and the LFC Foundation, this year’s event takes place on a floating pitch surrounded by the stately warehouses. Kids of all ages and abilities are welcome, with free 20-minute sessions running daily. Though beware of chuckling Croatian tourists.

The famed Minton tile floor at St George’s Hall is so fragile, it spends most of its life covered by a less vulnerable wooden surface. But once in a while, its full glory is revealed and visitors are invited to gaze on this usually hidden gem (main image). Make no mistake, these are not the kind of tiles you can buy in B&Q, and this is your only chance to see them this year.

This new summer festival for 6-12 year olds and their families makes its debut in Liverpool this year, bringing all kinds of lightly trippy entertainment to the open spaces of Croxteth Country Park. With three stages, the event makes room for music stars such as Mackenzie Ziegler and Johnny Orlando, kids’ authors including our very own Frank Cottrell-Boyce, and familiar TV faces; including Cook and Line, the Clangers and the frankly terrifying Mr Tumble.

Shakespeare’s classic tragedy is one of a run of three outdoor productions taking place at Speke Hall this summer. Look out for As You Like It on 1 August and The Importance of Being Earnest on the 22nd, but Hamlet performed by the Three Inch Fools company is possibly the pick of the bunch. Expect a vibrant, inventive take on the famous tale set against a ‘bubbling soundscape’ of Scandinavian folk music.

From midday until the witching hour, Liverpool Horror Club’s flagship festival celebrates horror in all its forms. During the day, attractions include a market, mini-bookshop and a full programme of panel discussions, fun and games. Once night falls, the action moves down to the Substation in the basement; where there’ll be comedy, films, burlesque and, er, pole dancing apparently.

Writers including poet Paul Birtill (described by John Cooper Clarke as ‘bleedin’ fabulous’), Cath Bore, Louise Fazackerley and Dean Wilson (‘the fourth best poet in Hull’), descend into the Everyman Bistro for a night of spoken word presented by Violette Records. Also appearing are the storyteller Roy, and Gerry Linford whose The Miracle of Great Homer Street has just finished splitting sides at the Royal Court.

The country’s largest independent flower show returns, this year with the theme of ‘once upon a time’. The event will be opened by the face of Gardeners’ World Monty Don, with visitors then being free to explore the stunning show gardens, the grand floral marquee and the cut-throat world of the amateur growers’ competitions. Simon Rimmer will also be in attendance, turning up the heat in the demonstration kitchen.

Cirque du Soleil’s OVO premiered in 2009 as a big-top show, but it’s been re-engineered on a more spectacular scale for this current UK tour. Kicking off at the Echo Arena, the show is ‘a celebration of nature and co-existence’, a headlong rush into a colourful ecosystem teeming with life.

SHOUT ABOUT IT LIVE | Constellations | 18-19 August

Liverpool has plenty of festivals, but only one that bills itself as a ‘hybrid festival bringing live music and gig photography together’. Anyone who has ever fought their way to the front of a gig only to find a posse of massive cameras blocking their view may well find themselves otherwise engaged, but if you appreciate a great photograph as much as a great gig, this could be for you. Acts include Rews, Himalayas, Tom Speight and Idle Frets.

Fresh from their unscheduled appearance at the World Cup final, Pussy Riot bring their balaclava-clad beats to Liverpool this month (Russian courts permitting). Gig-goers of a nervous disposition may want to be aware of what the pre-gig publicity calls ‘strong lyrical themes’. Don’t say you weren’t warned.

The Empty Spaces Cinema team are running a weekly film night at the Kazimier’s newish Output Gallery during the second half of August. Thursday 23rd looks particularly fascinating, with three Liverpool-focused films: Liverpool Sounding and Turn of the Tide - both commissioned by the city’s public relations office in 1966 - and Passing Tides, a more recent film about being a musician on Merseyside, featuring Bill Ryder-Jones.

When the late Ken Campbell launched The Science Fiction Theatre of Liverpool back in the mid-seventies, could he have imagined that, 40-odd years on, his own offspring would still be seeding our city with all kinds of incendiary ideas? Yes, he probably could. For one night only, the fabulous Daisy Campbell returns with her ‘first full-blown one-woman show’ - a surreal comedic monologue about… well, possibly everything.

Hope Street Theatre, 22 Hope Street, L1 9BY (tickets free – decide what to pay after the performance; reserve in advance at eventbrite.com)

The first Bootle Music Festival is a grassroots event based on the banks of the Leeds-Liverpool canal, next to the recently revitalised Lock & Quay pub. Featuring Hue and Cry, The Real People and Tommy Scott from Space - along with emerging local talent, gospel choirs, arts, crafts, food and real ale - this new initiative aims to plough its proceeds back into the Bootle community.

Back on the 1980s, the aggressively funny Bouncers was one of the plays that turned attention on playwright John Godber and his Hull Truck company. In those days, nightclub bouncers wore dickie bows, but now Liverpool writer Maurice Bessman and Boisterous Theatre Company have refashioned the play for today - with ID badges, digital headsets and compulsory customer service training. Expect all the ‘fun, laughter, tears and tension’ of a big city night out. 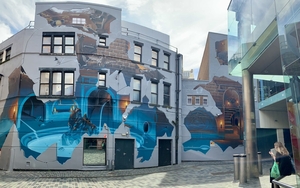 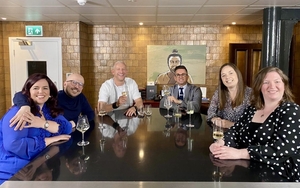