Ahead of their headline performance at Live At Leeds, Jenessa Williams speaks with Wild Beast’s Tom Fleming about touring, northern living and taking musical risks.

With a wealth of talent coming out of Leeds’ universities, filling it’s music venues, and rehearsing in its tall terraces, there is no shortage of homegrown talent - sometimes, this talent goes on to tour the world, gather Mercury Music Prize nominations and earn a name as of the UK’s most interesting and subversive live bands.

11 years and five albums into their career, Wild Beasts are returning to their spiritual home as Live At Leeds headliners. Although initially formed in Kendall, some of the earliest years of the band were spent living, rehearsing and recording in LS6, with fond memories of playing their earliest gigs on the local circuit.

“When the offer came through to headline there was no question; we had to do it” explains Tom Fleming, the band’s co-frontman. “We launched our latest record at the Brudenell Social Club which we’ve played more times than I’d care to count, and overall it’s a city we owe our career to. Leeds doesn’t have the heritage of Liverpool or Manchester musically, so as a new band there can be an air of ‘okay, this is my time’.

Rightly or wrongly, you have to create what there is, which I think it’s amazing for young people. It offers that directionless anger that you need to want to make art in the first place.”

Leeds offers that directionless anger that you need to want to make art in the first place.

Having decamped to London since finding fame, Fleming knows the value of a solid base. Developing in Leeds meant opportunities that most bands simply couldn’t afford as up-and-comers in the south. “From the years 2004 to 2009, I could be found on the whole circuit from Hyde Park to Meanwood.” he reminisces “Meanwood wasn’t like it was now, it was basically like Crouch End – no Waitrose in sight!”

“It was definitely studentville, and it was fun for that. There was lots of rehearsing in basements and people building recording studios where they shouldn’t be, lots of parties. Trying to get a rehearsal space in London is a nightmare because it’s so expensive, whereas we were free to play to a shit four-track and turn our amps up. That shouldn’t have to be such a luxury – kids need to make noise, especially when they’re starting out.”

Wild Beast’s would know plenty about making a noise. Having earnt their name as intellectual artrockers who namechecked everything from Victorian literature to 80’s wrestlers amongst lush instrumentation, nobody was quite expecting Boy King. 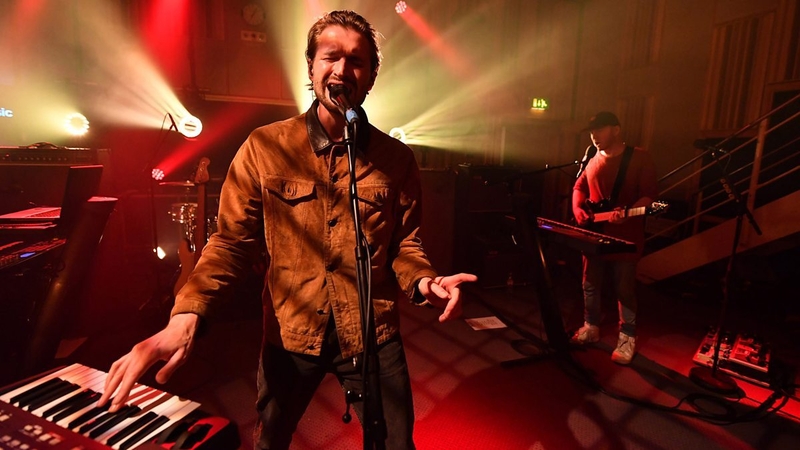 Released in the summer of 2016, their fifth album pared back their usual effeminate vulnerability in favour of macho posturing and obnoxious guitar riffs, marking a new chapter in their exploration of gender which caused more division than Fleming and co were expecting.

“I think people missed that distinct Englishness which we’re so done with’ he laughs. “I’m 32 now; I’m not doing the same things I was doing at 22. A lot of the themes on Boy King are the same thing we talked about on Limbo Panto [their debut], but this time we wanted to make a rock record with it. Whilst it’s kind of satirical, we’re not laughing.”

“There’s a kind of toxic masculinity and ‘Brexit machismo’ that is still absolutely alive and well. It was our way of saying that we don’t need to prove we’re clever anymore. Or at least we’re trying to learn a bit more lightly – yes we’ve read books but also, we like Van Halen! We were pissed off with the state of things and we wanted to kick back a little bit.”

With the Boy King era coming to a close, Fleming is looking forward to celebrating with a victory lap around the festivals of the world. A mixture of exotic European fields and city-based events like Live At Leeds, the pressure to build the perfect setlist feels much simpler when there is a roof over their heads.

“I do like the urban festivals because it’s more familiar band territory; there’s unabashed luxury of a dressing room and a soundcheck, it’s a little bit less chaotic” he smiles. “And there’s much less fraternalia than an outside summer festival where everyone is just losing their minds. You can do it like a show; with a traditional festival set you have to weaponise it. You need to get in the floating voters, whereas here you stand a chance because people have specifically come into the room to see us which is great.”

Bolstered by their new-found endurance, Fleming reveals tentative work has also begun on Album 6. “I’ve found this whole record incredibly energizing, it’s reawakened something in me and it feels like there’s plenty more to come in this vein, but exactly what form it’ll take I can’t say yet. We’ll definitely take a bit of a break, but we have definitely been writing.”

It’s unlikely they’ll take too long a break from the world’s stages - for Tom, playing live is about so much more than just music. “We’re delivering something onstage that means something, so it’s important to do everything you can to put it over,” he says. “Making music is a kind of public hanging, it’s an unseemly performance where you make a spectacle of yourself but it’s cathartic, you’re doing it for a reason. It’s a coping mechanism. It’s not a healthy method of therapy, but it definitely is one.”