Chow Down - is LIF's new summer food fest worth the trip? 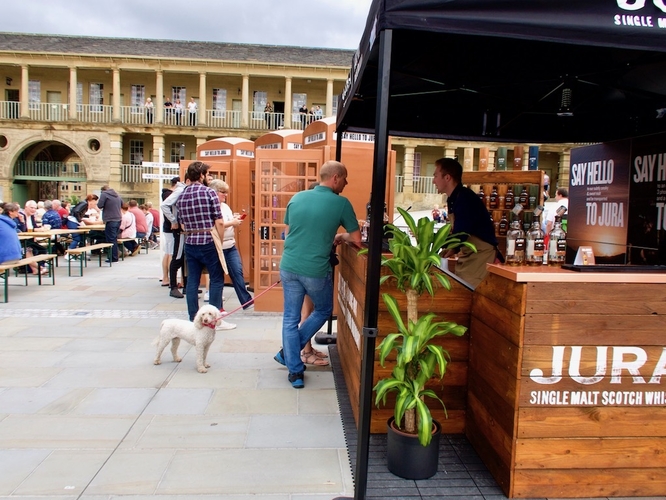 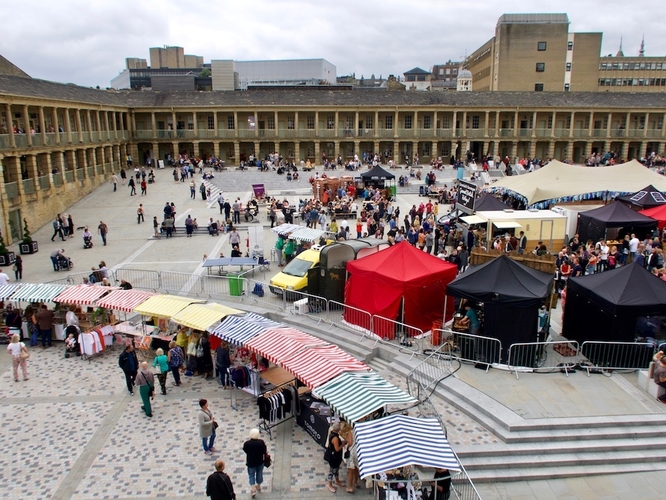 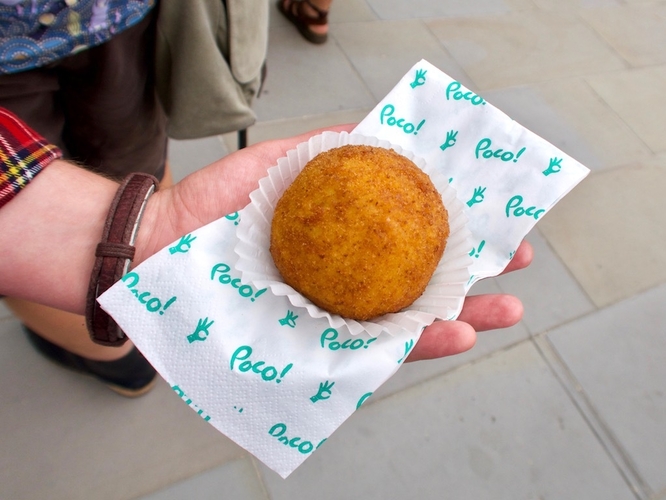 Worries of overpricing, overcrowding and food envy melt away as you step into the world of Chow Down, the new monthly food market taking over the Piece Hall in Halifax this summer. It’s not perfect, but it’s a breath of food festival fresh air.

Created by the omnipresent Leeds Indie Food team, Chow Down debuted on June 29th, when 30,000 people descended on Halifax’s Grade I-listed, 17th-century cloth hall over the course of the weekend.

With the festival promising another bumper weekend of food (25% of which is vegan or veggie), booze, music and culture, I made the 40-minute train journey from Leeds for the July edition to see what all the hype was about.

If you can handle hyper children darting under your feet every few minutes, the atmosphere is pretty spot on.

The first thing that hits you about the Piece Hall is the scale. A giant square of walkways surrounds a huge courtyard space, where colourful signage, abundant seating and a sense of openness soothes the crowding and noise of city-based festivals. There’s room to breathe, explore and climb up to survey every stall before making a choice.

There’s a soft, family vibe to the weekend; there's drinking, but it's not excessive, and merriment, but the kind that involves helping a stranger who is about to drop two chickpea wraps and three pints. If you can handle hyper children darting under your feet every few minutes, the atmosphere is pretty spot on. 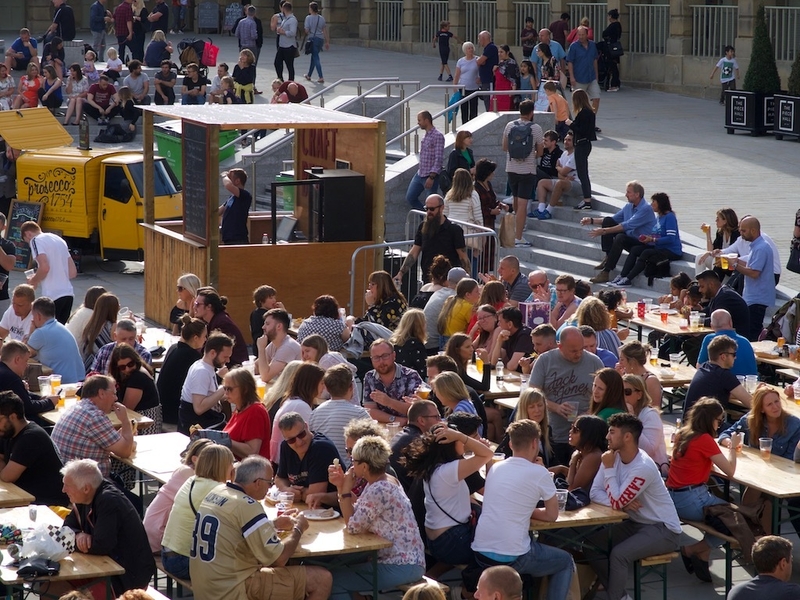 There was certainly no lack of food choice, with everything from sausages, wagyu beef and pizza to goujons, doughnuts and mezze.

We began with a pulled pork bao bun from Little Bao Boy – easily the best thing we tried all day. Tender meat, soft steamed dough and a bang-on blend of sauces made it well worth the £6 price-tag.

Appetites piqued, we shelled out £4 to inhale one of Poco’s Sicilian arancini in a few bites of buttery Bolognese. Simple but stodgy, their range of pizza slabs and risotto balls was left to battle it out opposite stone-baked pizza stalwarts, Proove.

Next up were caramelised onion bhajis from Kor-Indian, a fusion from Ruby’s Street Kitchen. We made it in time to grab the last three – a clear sign that vendors’ supplies were running out earlier than expected. No bad thing for business.

Later, we forked out £9 for a meat thali from Spicy Biker, which came with just one lonely piece of chicken on a plateful of rice, tardka dhaal and chana masala. Despite the lack of what we’d paid extra for, the blend of fragrant, spicy and creamy made a solid end to the savoury chapter of the day.

To satisfy the gratuitous need for pudding, we waited 30 minutes for a Nutella-smeared waffle from Poffertjes King. Nothing to write home about, but you can’t go far wrong with a bit of batter and face-clinging chocolate.

A blinding array of bevs quenched thirst throughout the day, with draught pints of Kirkstall, Camden, Sombersy and Chow Down Pils (specially-brewed for the event) served from the central tent.

Sela Bar’s iconic red van mixed up disco combinations in plastic jam jars, and spritzers were the name of the day, with Aperol, St-Germain and Chambord pouring non-stop.

We were expecting more from the craft beer hut, which played it safe with a narrow two-beer rotation of Magic Rock and Kirkstall beers on draught. The chalkboard cried out for some more eclectic options to give the setting some gravitas, and a mislabelled pint of High Wire Grapefruit didn’t quite cut it.

1754’s draught Prosecco truck went down a storm, and a pop-up from Jura Whisky gave us the chance to step inside phone boxes and sample three drams of firewater.

Chow Down is well worth the trip for a day of eating and exploring. The setting is breathtaking, the crowd chirpy and the range of options impressive. Though things can get pretty pricy pretty quickly, choosing wisely and sharing dishes helps to balance things out over the day.

Ok so the DJ might blast out Lady Marmalade a few more times than necessary, but you’d be hard pushed (weather permitting) not to have at least a bit of fun here. 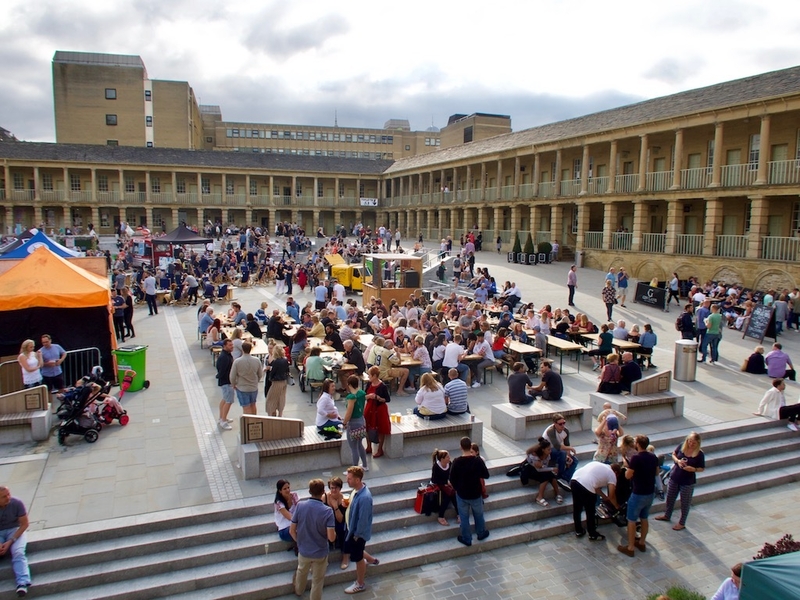 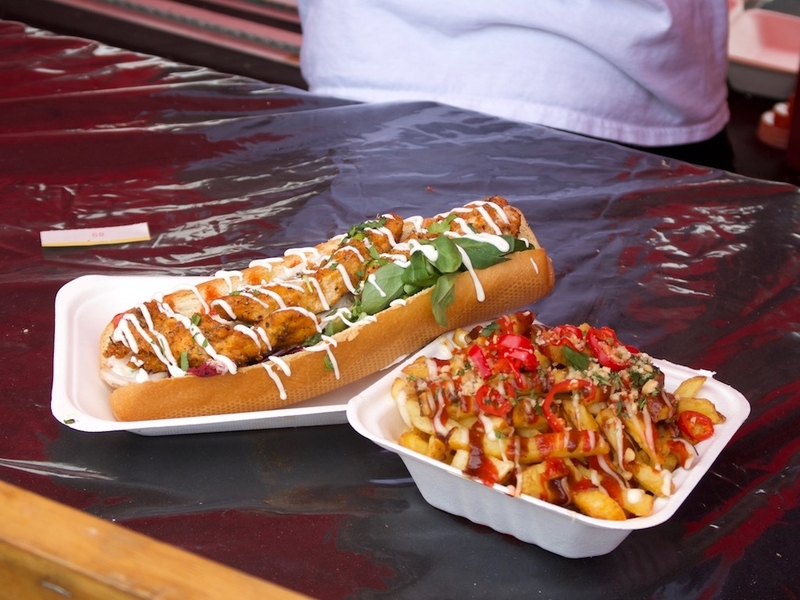 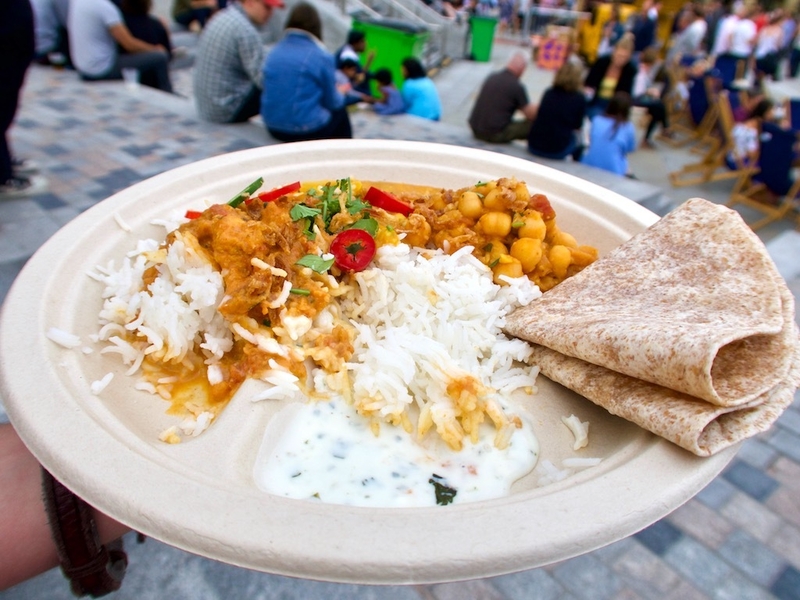 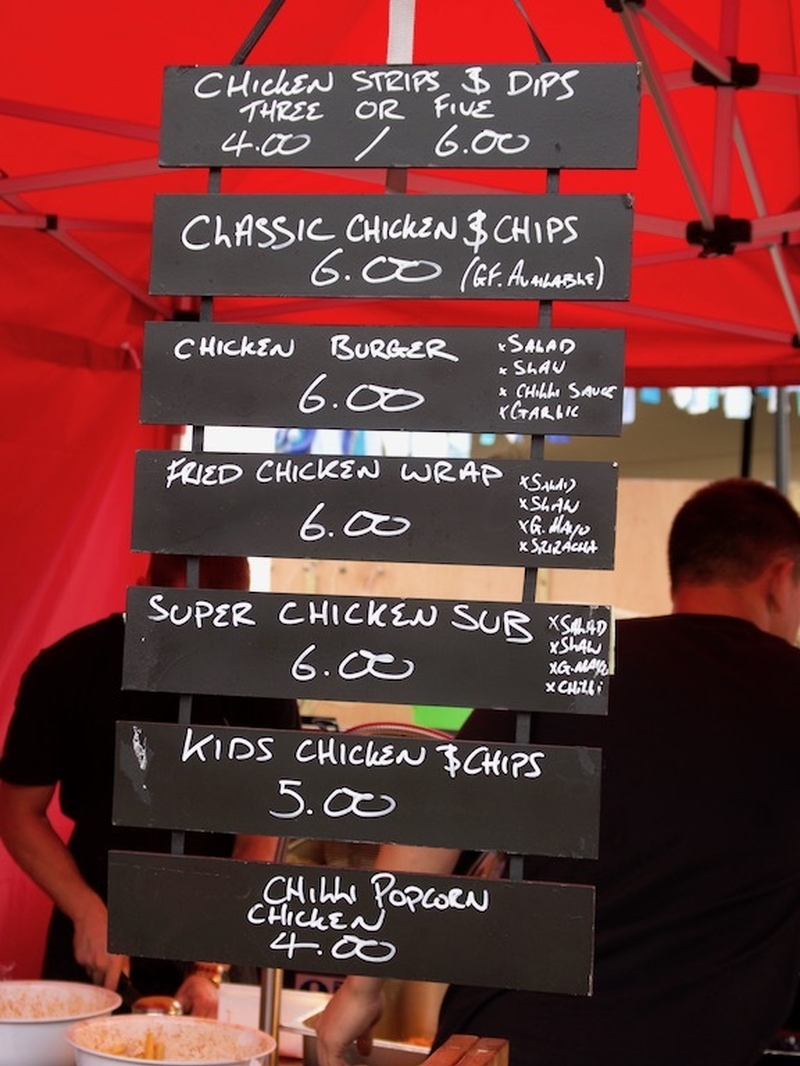 Chow Down is back from Friday 31st August to Sunday 2nd September, and Friday 28th to Sunday 30th September. The Piece Hall, Blackledge, Halifax HX1 1RE. Free entry. 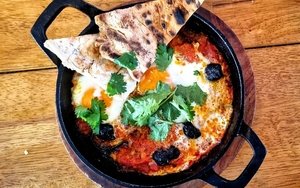 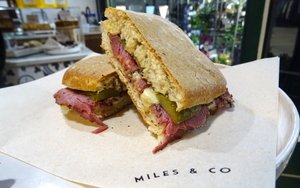