CULTURAL phenomena come and go quicker than yoyos, leaving their adopters with nothing more than an old box under the bed full of Walkers Tazos, finger skateboards and Spice Girls Impulse body spray - a Tupperware time capsule preserving not pasta bake, but the fickle phases of adolescence.

...trying to convince a group of Roundhay Yummy Mummys I'm attending to important business, rather than chucking Pokeballs at a Bellsprout

While its peers have been relegated to 'Things 90s Kids Will Remember' lists, Pokemon has somehow avoided becoming nostalgic-clickbait fodder, expanding to include seven generations of games and 726 individual Pokemon since its launch in 1998.

Now, whilst the world crumbles around us as markets crash, militaries attempt to overthrow governments and Boris becomes our envoy to the rest of the world, hundreds of millions of people have once again found solace in these weird little monsters.

So what's going on? What's the appeal? What would happen if I spent the day playing Pokemon Go in Leeds? Besides getting dumped...

If you’ve been hiding under a Geodude for the past week, Pokemon Go is a game that uses your phone’s GPS facility to track your location on an in-game map and reveal Pokemon hidden in close proximity so you can swipe your screen in an attempt to catch them. Imagine a cross between hi-tech treasure hunting game, Geocaching, and Tinder.

Aside from the Pokemon, the maps are fairly sparse, populated by Gyms, a kind of base that you nominate one of your Pokemon to hold onto until somebody else comes along and beats it, and Pokestops, which are situated at local points of interest, and are a source of items like Pokeballs. 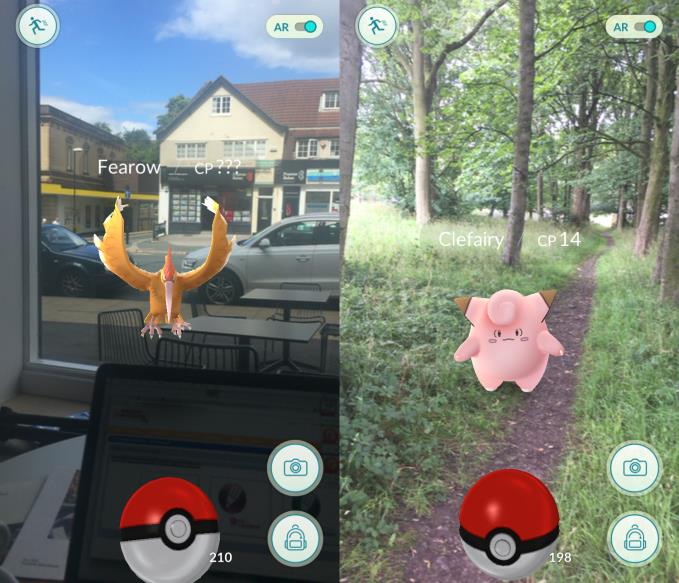 My day begins checking out Stories, a new Scandinavian-inspired cafe that we covered here. It’s a fair distance from home, so I was hoping to find something more interesting than the Rattatas I encounter in Kirkstall. No such luck. More of the same, with a brief highlight in the form of a Fearow turning up outside the window as I was tucking into my dippy eggs (serves me right for eating unborn birds next to a large window). I was too distracted to catch it though, and it got away.

Taking a slightly more off-the-beaten-path route back to my car, I bumped into a wild Clefairy - a new one to me.  I’d heard that Nintendo had made more interesting Pokemon appear in more secluded areas, and this all but proved the rumours. It gave me an idea.

Sure, Tropical World is just over the road, boasting wildlife such as a meerkat, butterflies and a different meerkat. But I wanted to see creatures in their natural habitat... on the screen of my phone, via augmented reality.

I leapt out of the car and headed towards the lake, capturing a few Rattatas and Spearows along the way, just for throwing practice. The further away from the main road I walked, the more interesting the Pokemon got, from Pidgeys to Bellsprouts to Growlithes to Shellders.

Once waterside I noticed that the Waterloo Lake House was a gym, and a Team Mystic (blue team) stronghold headed-up by a Jynx. I obviously wasn’t the first gamer to explore the park. Undeterred, I did a full lap of the lake. It was slim pickings at first, with the first quarter lap bearing only a few Magikarp flapping around gasping for air. I thought about calling it quits, but soldiered on. It’s a good job I did. At the apex of the lake I bumped into and caught two ready-evolved Pokemon - a Poliwhirl and a Cloyster, which instantly became the strongest Pokemon in my arsenal. 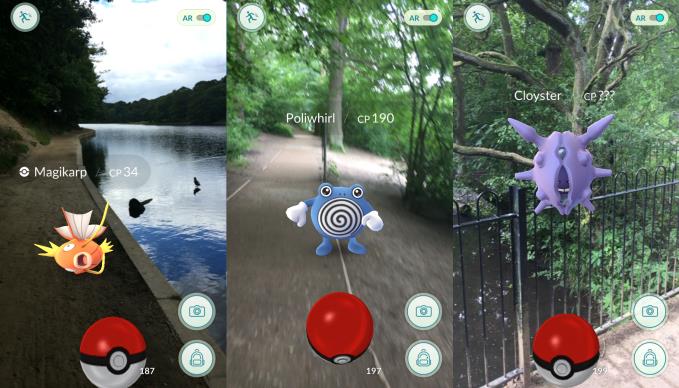 On the way back to the car I received a vibration to say that an egg I’d been incubating had hatched. Another feature of Go intended to make players active is the motion-powered egg incubators, which hatch eggs when you walk a set distance. My egg had been incubating for 5km, and hatched into a beautiful newborn...Slowpoke. I couldn’t help but feel it was trying to tell me something. 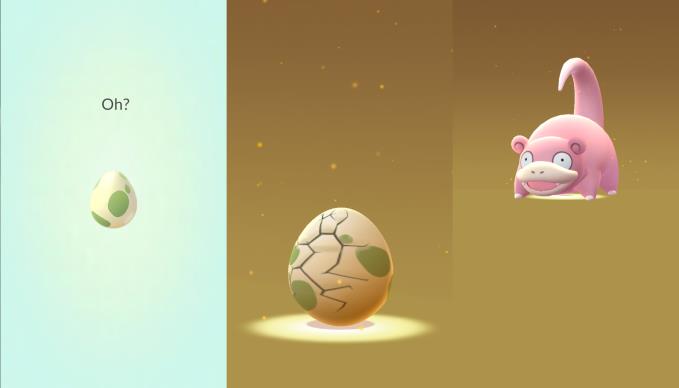 That gentle 5km stroll left me knackered, so I stopped by The Tannery in Headingley to get a coffee. In the fifteen minutes I spent sat outside sipping away I caught a few more of the usual suspects, just for the XP (to help me level up) and for the Candy - a system of points that let you evolve the Pokemon you catch.

I still had the app open when I put my phone on the counter in the chemist whilst buying hayfever tablets (it’s not all glamour, this job). "Is that that Pokemon game?" asked the guy behind the till. “Er, yeah”, I said bashfully, expecting to be patronised. “Mint!” he replied. “I downloaded that earlier but haven’t had chance to play it yet. Is it any good? What have you caught?”

This was a far cry from 30 minutes earlier, when I started stabbing my finger at a pretend-keyboard on the screen so a group of Roundhay Yummy Mummys would think I was attending to some important business, rather than chucking Pokeballs at a Bellsprout.

Starting up on North Street, I immediately clocked that The Greedy Pig has been designated as a Pokestop, with the tagline “Best Sandwich in Leeds”. I’m not sure who decides what becomes a Pokestop, but until now I didn’t realise what a boon it could be to independent businesses.

I spotted three Drowzees in the vicinity of Belgrave Music Hall (that’s not intended as an indictment of their bar staff, either), and, as I wandered towards Trinity Kitchen (gathering info for this month’s round-up here), I found Kabuto, Weepinbell, Squirtle and Jynx were all hanging out on Briggate. This seemed to go against the idea that Nintendo have programmed Pokemon to appear in their “natural habitat”, but then I figured they were just out shopping. They haven’t exactly got an American Apparel or Zara Home close to Squirtle’s beach house.

Arriving at Trinity Kitchen, I ordered some vegan dishes from Nasi Lemak (I couldn’t face the guilt of eating meat after a morning of animal husbandry). The tray arrived at my table containing a cross between Iron Man and Maggie Simpson in her Christmas onesie. It was a Staryu; another water-type Pokemon way out of its depth. I quickly disposed of it, and made similarly light work of the Rempah (that’s a Malaysian curry dish, not a Pokemon).

On my travels I noticed the amount of other people playing the game, without a care in the world. As I passed another player we even gave each other a knowing nod. When’s the last time you nodded at somebody playing Angry Birds, eh?

Probably the most far-flung destination of the day, Calverley is home to the Calverley Golf Club, where I went to play a quick nine holes of Footgolf. Seeing as parts of the course were completely off-road in terms of the in-game map I was expecting a lot of activity, but ended up with just a couple of Zubats.

I made a great joke about golf being played with a club, not a bat, but the audience were too distraught about losing footgolf to me to be humoured. Back at the clubhouse we took in the view of West Leeds, and I caught an Eevee and a Cubone that tried to join the party. 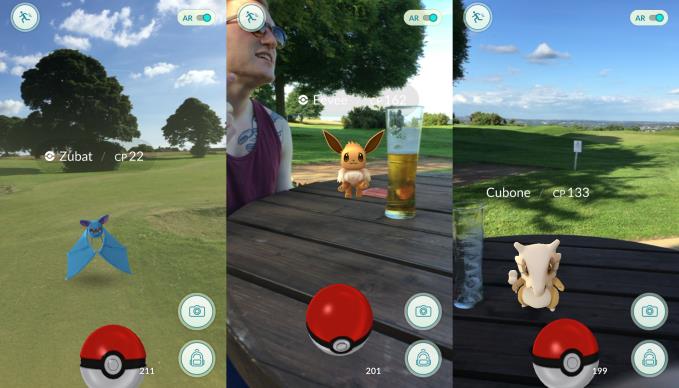 A few hours passed with no Pokemon activity, but as I picked up some bottles from Beer Ritz, I noticed a Jigglypuff had been sighted in the area so got a cone of chips from The Fisherman’s Wife over the road and staked out the position. It never showed up. Desperate for something else before the day was out, I headed to Kirkstall Abbey. As a point of cultural interest, a grassy area and somewhere close to a body of water it was sure to be writhing with Pokemon.

I equipped an Incense item to try and attract more Pokemon to my location, and it worked instantly, with both a male and female version of Nidoran showing up in no time. Were Nintendo trying to make a point by programming the only Pokemon with binary gender identities to hang around outside an ancient, crumbling institution? Maybe I’m looking too much into it. There were plenty of Zubats around, though, which was a nice touch because, y’know, old buildings and bats and that.

There’s also a gym at the Abbey, currently held by Team Valor (red team) - my team. Though remembering my strongest Pokemon is called 'Cloyster', the opportunity to have it holding a gym at an old religious building was too perfect to miss. I summoned all of the stardust and candy I had, powered my Cloyster up as far as I could, took on the Hypno... and was soundly thrashed. Twice. 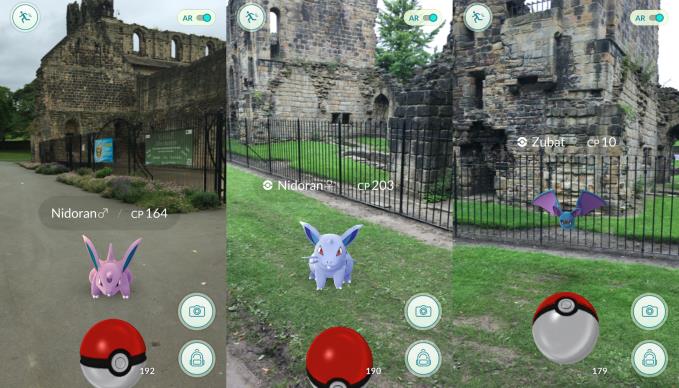 On the way out of the Abbey grounds I crossed paths with another player, a guy in his early twenties. “Caught much?” I ask.

“Not really, I’m just going around the Pokestops, you?”

“No, I was just trying to put my Cloyster in charge of the gym.” (awaiting wry laughter)

“Nah. Do you come to the Abbey much?”

“I’ve seen it from afar, but never been inside. Looks sick though.”

“Yeah, it’s cool that a game can make people more aware of their surroundings like that.”

And that was it. My day on Pokemon Go.

The app has picked up criticism and derision from people who dismiss it as a way of people isolating themselves from real life. The very first thing the game states is a warning to be aware of your surroundings, so you don’t end up somewhere undesirable like beneath a bus or in Red’s True Barbecue.

Despite being focused on my phone screen for an entire day, I’d hardly looked at Facebook, Twitter or Instagram. Even though I’d been mostly looking down from the moment I left the house to the moment I got home, my day had been full of interactions and exploration, whilst three successfully incubated eggs meant I’d walked over 15km.

Good marketing dictated that Go would be released on the 20th anniversary of Pokemon’s launch, but it also couldn’t have come at a better time. We’ve conditioned ourselves, via portable technology, to constantly keep on top of the world's latest civil unrest or overseas atrocity, affording us an almost constant feeling of dread or uncertainty. After playing Pokemon Go for a day, I didn't really have a clue what was going on across the globe, replacing that usually unpleasant reality check with a rush of simple pleasure.

As soon as I returned home and loaded my Twitter feed, however, it all came flooding in and the sense of dread returned. Pokemon Go might look like a kids’ game - with all the necessary bright colours and cute characters - but it’s a work of pure escapism that kids, bless em, just don’t need yet. It’s a way of spending a couple of hours a day rediscovering your local environment and saying a simple “Hello” to people you pass on the street.

Most importantly, it’s a way to briefly occupy a world where not everything has completely gone to shit. And that’s something that nineties kids, if they think really hard, might just remember.

You can download Pokemon Go on an iOS device from the Apple app store or on Android from Google Play.