What does the South Bank Development mean for Leeds? 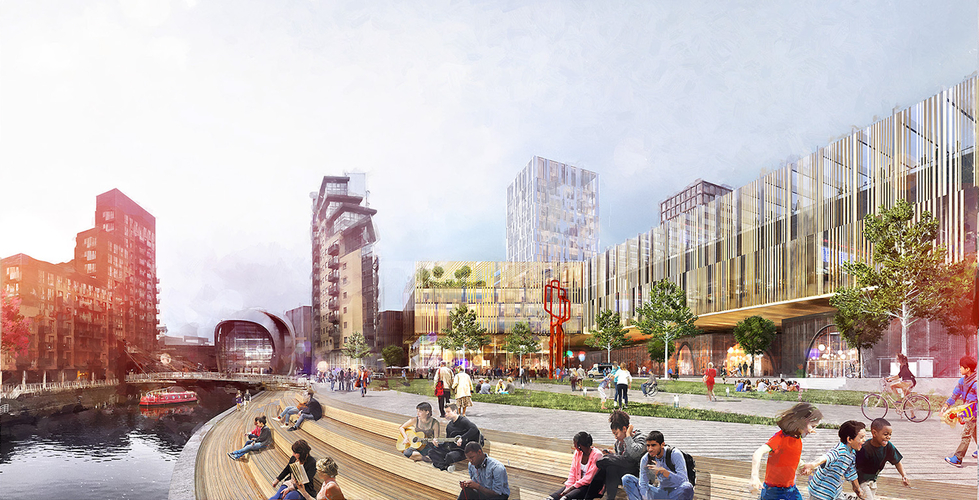 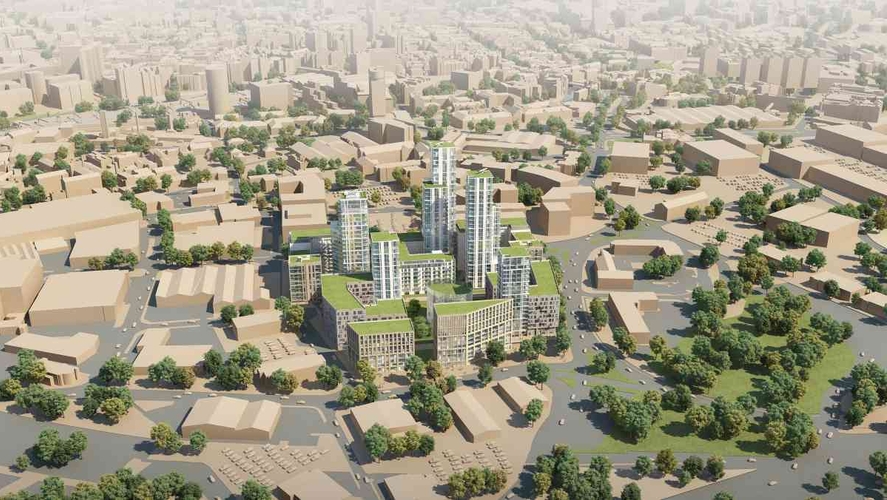 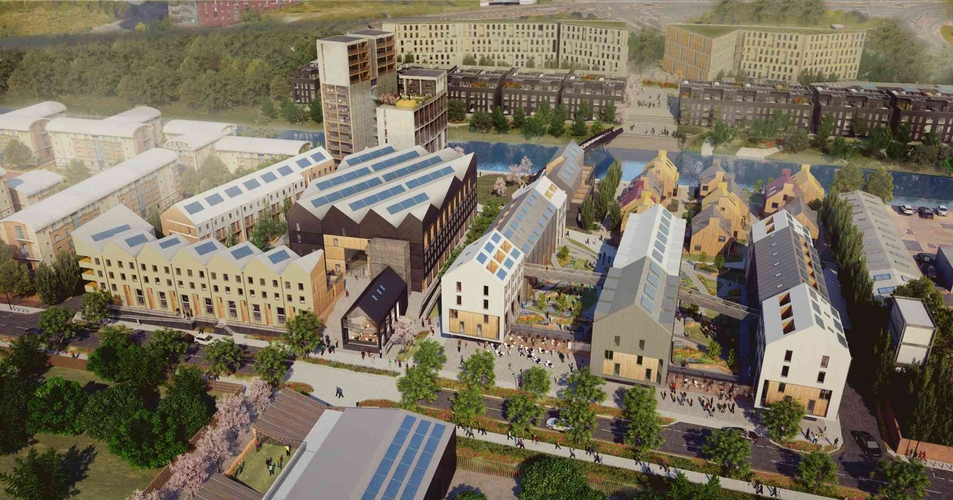 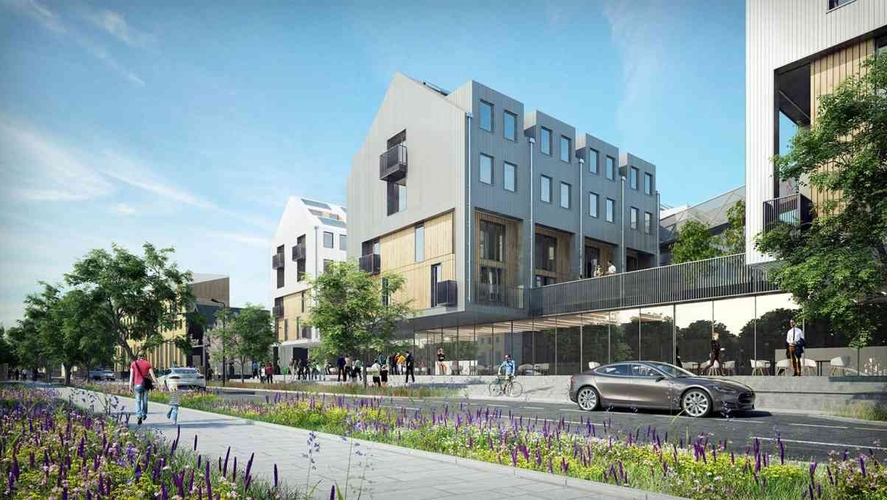 Is the "mixed use development" more than just our latest pipe-dream?

People of Leeds might understandably roll their eyes and continue on their merry way when they read about another ‘mixed-use development’ or regeneration scheme set to rejuvenate this run-down area of the city.

We’ve been here before; The ‘Holbeck Urban Village’ is still somewhat scoffed at despite housing a sprinkling of innovative and rapidly developing businesses, as well as some of the finest bars in and around the city centre.

While sensitively maintaining, and in some cases restoring, some of the most historical industrial buildings in the city and presenting an eclectic mix of tradition and evolution, areas it borders remain in poverty, with high rates of crime, and with Leeds’ biggest concentration of sex workers.

Maybe, in some people’s eyes, the Holbeck Urban Village didn’t quite deliver what it promised, but the South Bank Development is far more than this - if anything it is a scheme designed to link a series of projects together – some existing and some still on an architect’s iPad – to complete a very big and complex jigsaw.

Physically linking the Holbeck Urban Village with the New Dock, the project far beyond those two areas, aiming to not only deliver on the bold claim of “doubling the size of Leeds City Centre” but also to make access to the city centre easier and more tantalising for the outer areas of the south-east and west of the city.

The South Bank Development is certainly an ambitious concept, cited as the largest regeneration scheme in Europe, but for Leeds it is as much about creating a different way of thinking; not just dismissing it as another developer’s pipe dream, but accepting it as an opportunity to elevate Leeds leisure and professional sectors onto a global platform, making it an genuine European ‘destination’.

“And avoid the words mixed-use development”

Fair enough. Let’s start from the beginning. A three month public consultation period was launched by Leeds City Council last year with the premise that the South Bank Development would be the biggest change the city will have seen in 100 years.

With the success of the Trinity Centre and Victoria Gate, clearly the question raised is “how can we make the city centre better?” The cynics amongst us may point to the lack of a transport infrastructure, the struggles of Kirkgate Market or the dearth of family attractions in the city centre, but in a City as compact and concentrated as Leeds, first we need to make it bigger.

In doing so, the plan is to create 35,000 jobs, build 4,000 homes and link an area spanning 250 football pitches with mixed-use dev- erm, a variety of different projects.

The South Bank is already the home of Leeds’ thriving digital economy and contains 30 listed heritage sites. The plan is to nurture that diversity and add a majorly-expanded transport hub ready for HS2, six public squares, a transformed road network designed to make pedestrians, cyclists and public transport a priority, regenerate the waterfront areas making the River Aire the heart of the city - rather than the border - create Green areas of conservation, improve flood protection, link neighbouring communities and finally, the intriguingly vague, “create large landmark buildings”.

Currently the digital sector in the Leeds region supports 70,000 jobs, leading to a contribution to the economy already running into the billions. It is believed that the South Bank Development would harness the city’s growth to such an extent that Leeds would become global leaders in cybersecurity and data storage, adding a further 10,000 jobs to the sector into the bargain. The South Bank area has therefore been targeted as one of pivotal strategic importance in taking Leeds one step further, and with the South Bank Development you sense the council are saying “this time we really mean it!”

So do we believe them? Well in August 2016 they approved a scheme between the Temple Works and Tower Works for five acres of land to be developed by CEG for *coughs* office buildings, apartments, bars and restaurants both north and south of Globe Road. Get used to the term “Temple Quarter”, because that is what this will become known as if the £350m scheme gets the go ahead.

Full details of this project are expected before May 2017. As a natural next step in the success of the Rail Station’s £17m Southern Entrance and the rapid expansion of the Granary Wharf and Water Lane cultural enclave, this is a scheme that is rich in promise and stands to kick-start the South Bank vision. 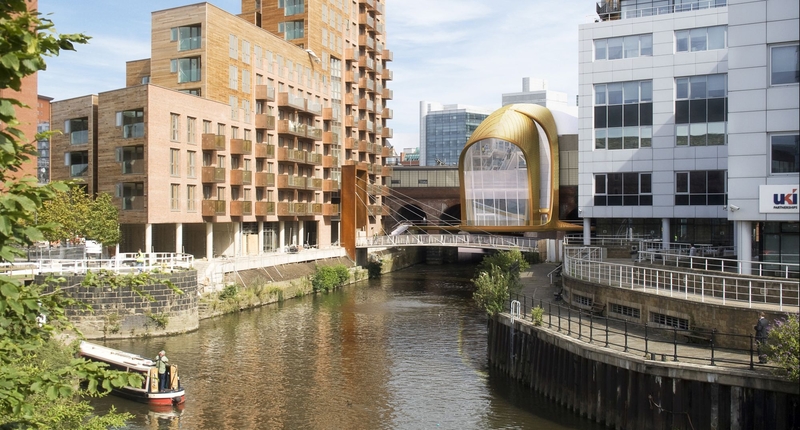 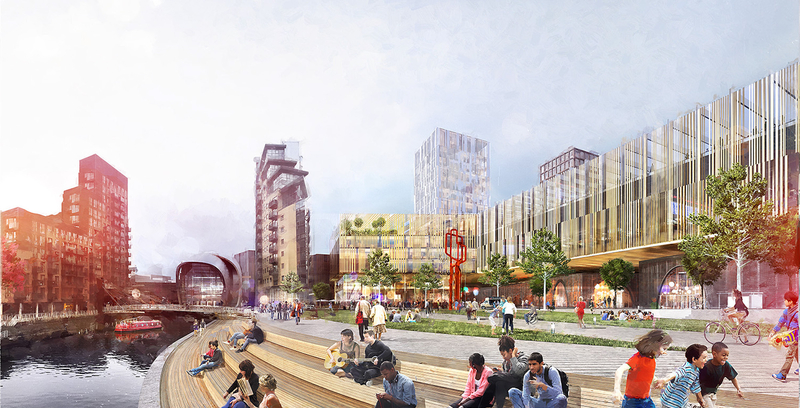 Let’s not forget also, that the world famous Burberry are creating 1000 new jobs in the same area when their manufacturing and weaving factory arrives in 2019, and quite apart from the Round Foundry hub, the South Bank is already home to Asda, Sky TV, The Tetley, the Royal Armouries and innovative projects like the eco-office development the Greenhouse and the urban regeneration scheme Saxton Gardens.

We already know that Leeds has a network of many bright people with many ideas. The South Bank Development is more than just a way to link all these together. Whether by accident or design, the area is ripe for completion, to become a place to live, learn, work and visit. There will be grumbles along the way, but arguably no other UK city has the capacity, the will, or an opportunity like this. Leeds needs to think big and grasp it.