Victoria Gate criticised for being "too high-end" - isn't that the point?

The £165million retail destination is JUST TOO NICE

Doubts are being raised about the success of the new Victoria Gate shopping centre, less than a year after its opening.

Commercial real estate company Colliers International has produced its annual Midsummer Retail Report for Leeds this week, looking at the Leeds retail sector in general, and it featured some dim predictions for Hammerson’s development, which opened in October last year.

“There are at least five units that are vacant, and three are being actively marketed by tenants at this time” said Colliers’ retail director for the north Tom Cullen, referring to retailers attempting to cut the least on their units short.

“For what it’s worth" he added, "in my opinion the scheme is almost too high-end and encourages shopping as a treat, opposed to day-to-day sales.”

The £165million investment by Hammerson (a private company - don’t worry, taxpayers money hasn’t been used give people a place to buy speciality teas or rose-gold pineapple-shaped cocktail shakers) is high-end by definition; its RIBA Award-winning architecture is literally a credit to the city’s cultural landscape.

Leeds isn’t short of places to buy steak bakes and sweatshop-made basics; if Sir Robert McApline thought his iconic structure might have benefited from golden arches above the doorway, he’d have put them on the blueprints.

According to Cullen, it “encourages a shopping treat as opposed to day-to-day sales”, which is a fair point. In the 9 months it’s been open, I can count on one hand the number of things I’ve bought from there (and that’s after a loan shark took three of my fingers when I bought a Cath Kidston salt shaker...) but what’s wrong with treating yourself now and again? 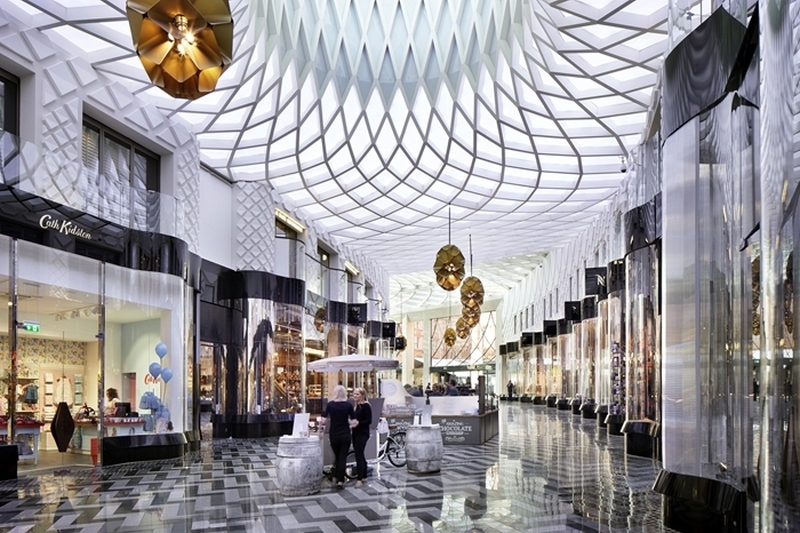 Some of us aren’t fortunate enough to be able to treat themselves; critics realise that, claiming that the shops are “too expensive for Leeds folk”, and there’s some truth to that. Thriftiness is the last enduring Yorkshire stereotype (presumably flat caps and whippets got too expensive) and the brands represented in Vicky G aren’t cheap.

It was never meant to be an alternative to The Core or Merrion Centre though, its central-but-a-bit-inconvenient location on the wrong side of Vicar Lane means it’s a retail destination - just look at the size of the car park. Which brings us onto the next criticism:

“It’s just for the benefit of out-of-towners” is incredibly short-sighted - God forbid anybody from Manchester should want to come over here, stimulate our economy, keep our service industry relevant and vital, maybe have a walk around Kirkgate Market just next door or go to one of our nearby independent bars or restaurants for a pit-stop. No. Keep them away. We’re a local town, for local people, who shop at local multi-global tax-evading conglomerates.

Victoria Gate isn’t perfect, and Hammerson has its faults - I quite liked Victoria Quarter when it was a boutique shopping arcade, before they took it over, ran 8 units out of town and turned it into a makeshift car showroom.

Credit where it's due though, whether the Belgian bakeries and designer underwear shops are for you or not, the last thing Leeds City Centre needed was another venue for existing brands to duplicate their presence or worse, abandon the high street altogether.