Your guide to the traders seeing us through festival season

What's festival season for, if not revisiting familiar old favourites and eating frozen treats? Fittingly, June & July’s line-up for Trinity Kitchen features some of the most popular, frequent, and familiar faces from its almost four-year history (where’s the time gone, eh?) plus ice cream as you’ve never seen it before...

Sticking around after their April & May stint and filling in for burger legends Original Fry-up Material, who unfortunately couldn’t make it, What The Truck will have put an in unprecedented, world-record sixteen consecutive weeks in the Kitchen by the time the crane plops them back out onto the street - in which time they’ll have heard that Professor Green song from the Trinity Playlist an estimated 30,000 times.

Sandwiches are what these guys do, from all over the globe - Philly Cheesesteaks to Morrocan Lamb and Japanese Chicken Katsu. In the absence of any Summer sports, why not try a different one each week and do your own Sarnie World Cup?

We brought you the news last week of the Monkbridge viaduct being vamped up and the arches turned into bars and restaurants - fingers crossed that’ll mean more places like BangWok, the lunchtime saviours whose thai cafe occupies a railway arch just off Neville Street.

They’re back in Trinity Kitchen for (we think) the fifth time - keeping it simple by banging out reliable fried rice dishes, as well as a curry of the day. Get their panaeng, but don’t be surprised when the deceptive creaminess gives way to some cheeky heat. 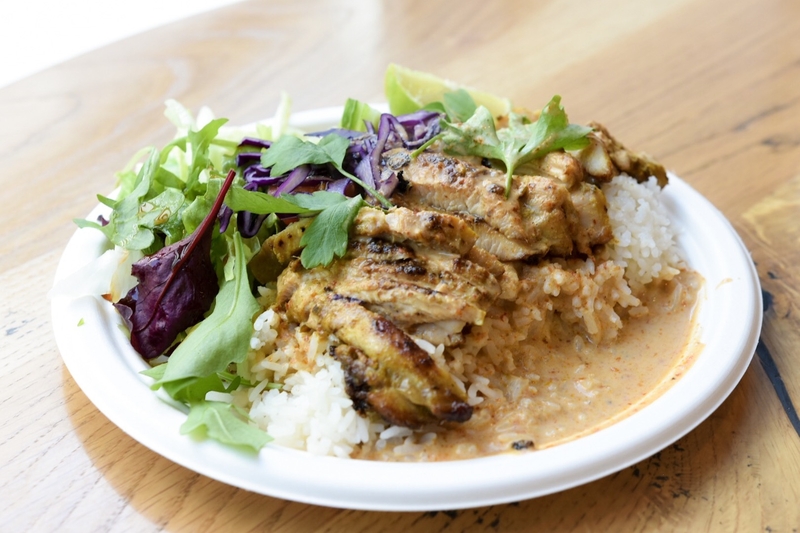 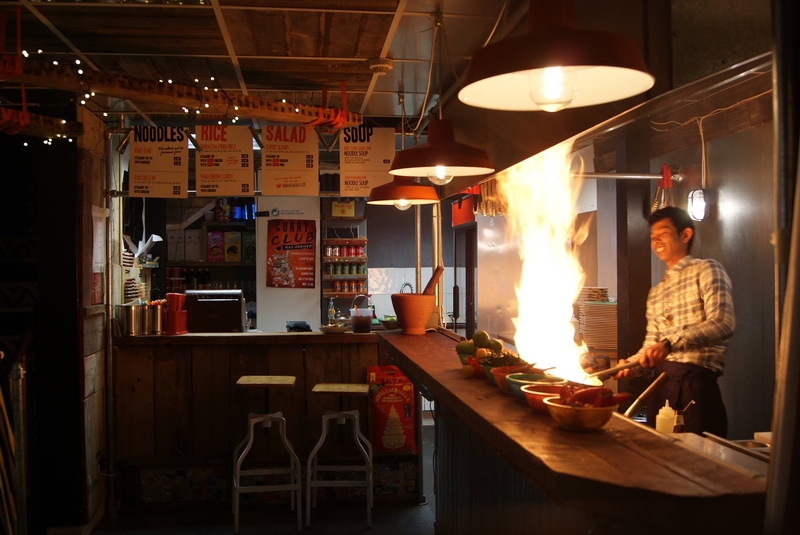 Liquid turned to ice cream in two minutes flat, conjured in front of you on a reverse-griddle that chills things rather than heating them up, then rolled into sort-of-rose-shapes and presented to you as a bouquet. Ben, Jerry, and Mr Whippy are gonna have a lonely couple of months while Thai Khrim’s in town.

Born out of owner Aarti’s frustration at not being able to find the South Indian dishes of his childhood anywhere in the UK, Chaat Cart started up in Manchester four years ago. Since then they’ve travelled the country serving up kati rolls and chaat - recipe courtesy of aunts back in India, who had to be begged to divulge secret ingredients - and have recently opened their first permanent restaurant in Manchester.

Their signature dish is the kati roll - with 24-hour marinated chicken thighs and fresh, lip-smacking heat from rainbow slaw and chilli and garlic chutneys. 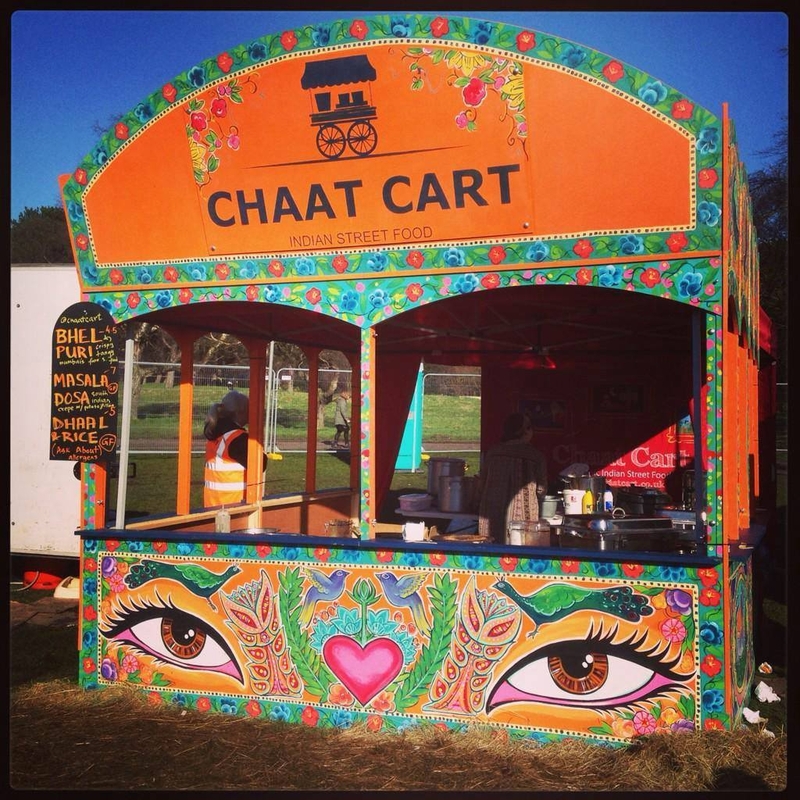 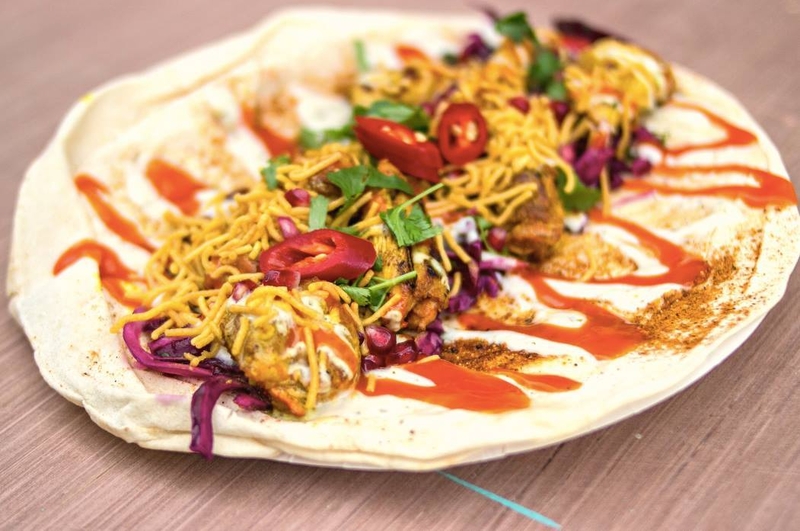 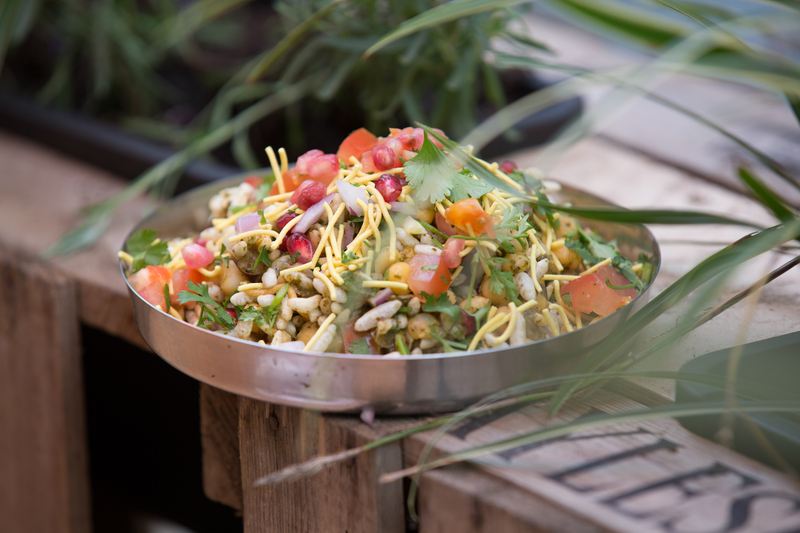 If our guide to this Summer’s festivals has got you in the mood for Caribbean food and you can’t wait until Carnival, Jenny’s got it covered. As well as chicken marinated in her own jerk blend and served as wraps or with rice and peas, there’s curry goat and stew - we recommend jerk wings as they are, with plenty of wet wipes on the side. 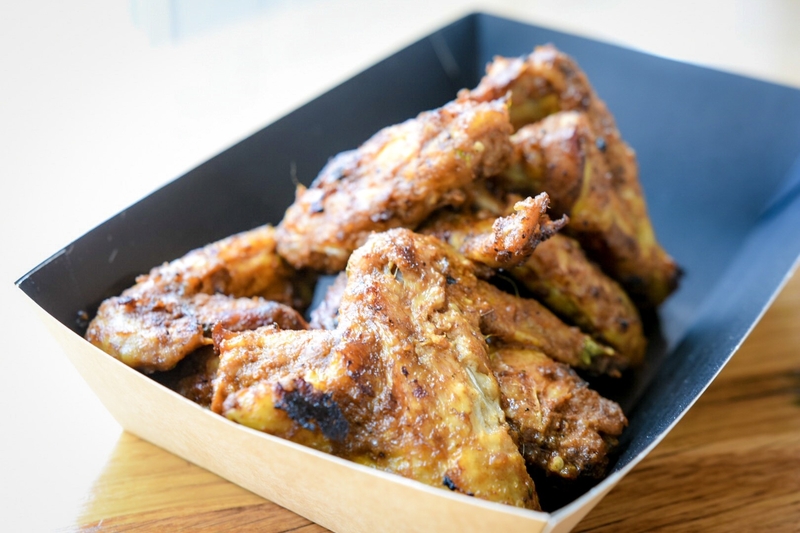 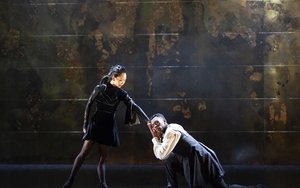 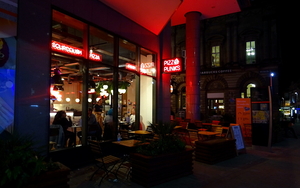 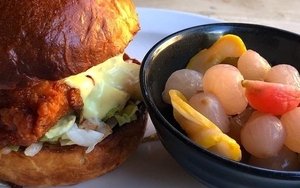 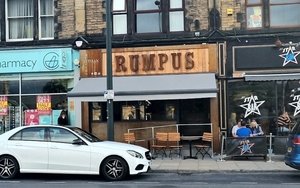