From life-changing questions to questionable liaisons, get ready for a back-to-school special this September

Ah, September. The month of fresh starts and new pencil cases. Of evenings creeping in, students assembling at Woodies, and too many birthdays than your bank balance can take. Christmas, you have a lot to answer for. If you’re looking to take your mind off the increasing absence of summer and the incessant need to purchase expensive cards this primordial autumnal month – why not take a look this list and get involved?

Here is our monthly round-up of things to do in Leeds for September:

Get your dose of down-to-earth, say-it-like-it-is feminist comedy as you sip something sugary and contemplate life in the chic surroundings of The Wardrobe. Sarah Pascoe’s WIP show was scheduled for August, but for reasons we don’t discuss, is happening this month. You’re welcome.

Despite what you were thinking, it’s not a ballet about breaking social distancing measures. It is in fact, a lot racier – and who doesn’t need a bit of 18th Century French scandal in their lives right now? Watch David Nixon’s mastery unfold to Vivaldi’s The Four Seasons in what’s described as a ‘bodice-ripping’ ballet. Don’t say we didn’t warn you.

If you’ve not been under a rock for the past decade – or you’re guilty only of a lockdown-fuelled addiction to Interior Design Masters (just me?) – then you’ll be aware of the heart-warming genius of Alan Carr. And if the joke that is the title of his latest show is anything to go by (why be a ‘national treasure’ when you can be a… get it?) this’ll be a laugh a minute.

One Day Like This in 2020, Elbow were all set to play the O2 Academy. For obvious reasons, that day didn’t go to plan, so Leeds is welcoming the foursome back to the joint this year instead. It’s part of a huge UK tour, and fingers crossed it’ll be worth that wait.

Adding a touch of class to this month’s line-up, we have a sophisticated evening of white wines and (according to the description) "Atlantic flavours", which I’m assuming means something other than saltwater. In all seriousness, Ibérica’s bringing in the big guns with a series of bold bottles and bite-sized pintxos pairings to boot. Salud!

If your attempt at Indian cuisine doesn’t stretch much further than piercing transparent plastic with a fork, don’t worry – this is your chance to upskill. Join Prashad’s Head Chef, Minal and her Husband, Bobby as they guide you through a masterclass from starters and spices mixes right through to dessert. Don’t be put off by the price tag – you (and your friends if they’re lucky) will be reaping the rewards for years to come.

More than just a popular tattoo choice, mandalas are actually pretty deep and meaningful. Learn more about that at this therapeutic craft workshop, where you’ll use natural materials to weave a mini mandala of your own. Expect to go beyond the craft itself and think about change, set your intention and take part in a spot of meditation.

Remember the ‘80s? If the answer’s no, this one may not be for you – unless you’re looking for a comprehensive educational throwback to a decade of big hair, new wave and mixtapes. The likes of Adam Ant, OMD and Kim Wilde are set to ignite the dad dancing at Temple Newsam this September. You can even get access to sparkling facilities with a special ‘Posh Toilet’ ticket. Go on, live the dream.

John Lydon: I could be wrong, I could be right | City Varieties | 26 September

In between being a punk rocker and eating copious amounts of Country Life butter (other brands are available) John Lydon (aka Johnny Rotten) has been channelling his unique perspective on life, music and more into his new book, I could be wrong, I could be right. Decide for yourself by hearing him tell his story on stage. Apparently pyrotechnics are all part of the plan.

What’s Love Got To Do With It? | First Direct Arena | 25th September

It’s the ultimate tribute to the woman, the legend, Tina Turner, and it’s finally arriving in Leeds after several postponements. From the people who brought us Whitney - Queen of the Night, and starring some mind blowing vocal talent, this will have you breaking into unexpected song (or strut) for a good for days.

It’s been a full two years since the glittering orb of booze-filled, checked shirt-sporting festivity that is Leeds Beer Fest graced the hallowed steps of the Town Hall – and the 2021 edition is looking like an absolute belter. Sample hundreds of beers from all over the world, snaffle street food, get embarrassingly competitive at the arcade games and then embarrassingly (yet socially acceptably) tipsy in the street. What more could you want?

Back with a new angle and an extra two words in its title, Leeds International Festival (now "of Ideas") is asking the big questions this autumn. Alongside headline speakers Lenny Henry, (TV’s) Katherine Ryan, Kanya King and George Clarke, this year’s festival hosts a series of panel talks, with guests from all walks of the public eye joining the conversation. Are we more lonely? Can we ever be who we want to be? Green or growth? Does the future have enough food? Is the UK media broken? Hopefully, we’re about to find out.

Venues across Leeds (tickets £10-20 at leedsinternationalfestival.com)

Another long-awaited one, this time in the form of an all-out digital feast for the senses. From coding, fintech and social media to AI, health-tech, cyber security and VR, this is the place to dive into the budding talent and knowledge in our city. And it’s not just just for tech-heads. This is the self-proclaimed "tech event for everyone" so look out for the programme (dropping 31 August) and see what you could learn.

Venues across Leeds (tickets on sale from September at leedsdigitalfestival.org)

Find your place: 5 of Leeds’ best norm-challenging hangouts
What you say
Previous Article Next Article
Read Next
● / Events & Listings 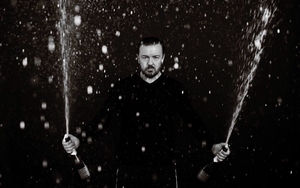