Things you should be doing this May

16 ways to not be boring this month

Fourteen years its release, Format & Abdominal’s 2003 debut “Music for the Mature B-Boy” sounds like an understatement. In 2015 they pulled off the seemingly impossible: a hip hop comeback tour filled with the same energy that crowds enjoyed the first time round, back in the day. New record Still Hungry doesn’t stray from their tried and tested formula of sampled beats and slick lyricism, they’ll be playing tracks from it and their back catalogue, with support from Ugly Duckling’s Andy Cooper. Tickets

A long time ago (February), the Old Red Bus Station clientele proved their appetite for sci-fi trivia when their Rick & Morty quiz ended up being so popular they held five separate encores on following nights. Where better then, to hold a quiz dedicated to all things Star Wars; and when better than May the fourth? More info

Back for its seventh year, LS6 Beer Festival is taking over Cardigan Road’s Left Bank building and filling it with craft beer bars and street food traders. The lineup of locals includes Magic Rock, Northern Monk, Ilkley, Wharfedale, North Brewing Co and plenty more. Tickets to each session are £7, and include your first drink and a souvenir glass. More info 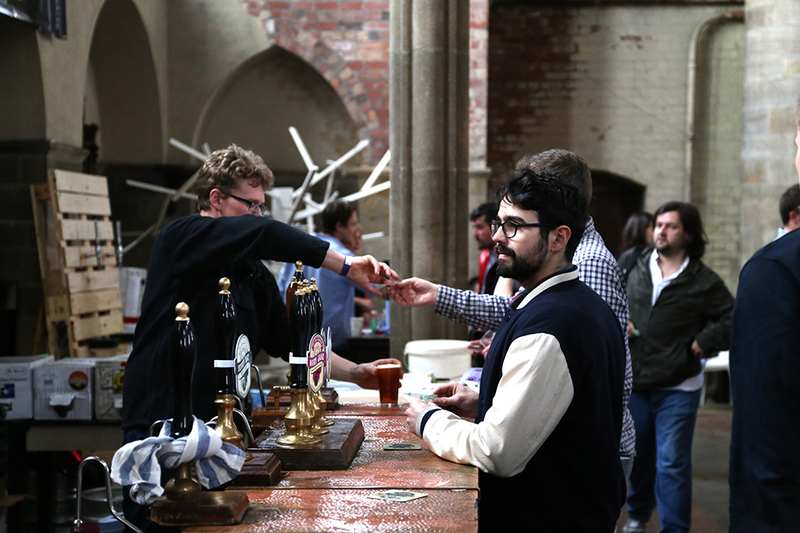 We can’t believe it either, seems like just yesterday we were downloading it off Kazaa. Rather than panicking about the passage of time though, celebrate the landmark with this tribute night: DJ Dan Hills will be playing every track from the album as well as other garage anthems from the era. Let’s put on our Classics and we'll have a little dance, shall we? Tickets 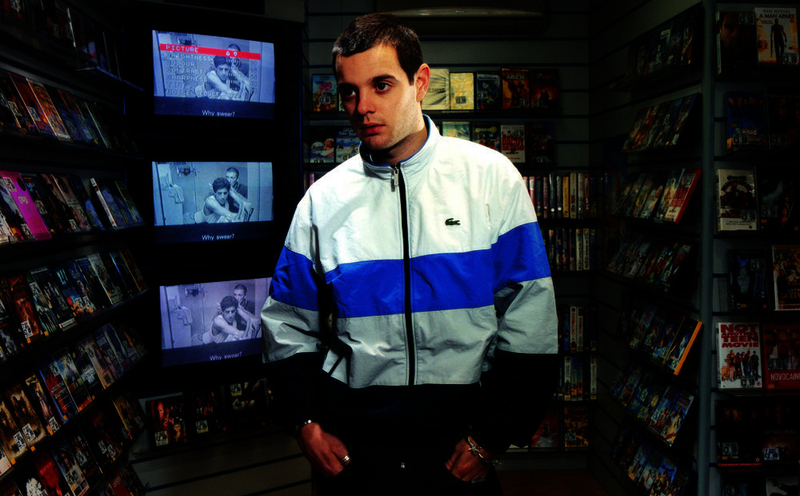 Creatures of the Night presents: Get Out

“A remarkable and timely feat…” according to The Independent’s five-star review; “Get Out masterfully makes us question this post-Obama world, no matter your political allegiance. More horrors with this much depth, please.”

The directorial debut from comedian and writer Jordan Peele is the kind of thing you enjoy more the less you know about it before so I won’t add much else, but If you’re a fan of Black Mirror or toe-curling tension though, don’t hesitate to get a ticket. Tickets

How often do you get the chance to see a genuine Rock & Roll Hall of Fame inductee on a Thursday night in Leeds? Following a recent resurgence that’s included a memoir, new album, and appearance in Flying Lotus’ debut film Kuso, George Clinton is back and touring with Parliament Funkadelic - rattling out hits from their staggering 40 year platinum-selling career. Tickets

The lineup for the third year of the country’s biggest food festival could fill one of these lists on its own, but that wouldn’t be fair to the many, many themed pub quizzes taking place, would it? Stand-out events include Ox Club & Masterchef’s Josh Whitehead cooking a menu dedicated to the food he ate at working men’s social clubs in his youth , Harrogate's Norse taking over the Corn Exchange, and a collaboration between Laynes’ Carl Fleischer and The Reliance’s Steve Nuttall.

The Office Quiz with Big Keith

Boring isn’t it, just staying in and watching The Office with your life? Not for me, I like it. If you want to show off your Office knowledge - it’s not a trick, is it, knowledge - then check out Headrow House’s trivia night hosted by Big Keith, Ewan MackIntosh. And that’s the real quiz. Entry £5 per team, maximum 5 members. More info

Have a pint with an actual genius - and I don’t mean that wanker from your local who claims to be in MENSA and always cocks up your round on the It Box. Pint of Science is a non-profit project that brings scientists and their brilliant minds to pubs around the country to discuss their latest findings and research with anybody who’s interested, regardless of prior knowledge. This year they’ll be talking neuroscience, medicine, robotics, and sociology at the likes of Belgrave, The Social, Brunswick, and more. Full venues & listings

An Evening with Nicola Adams

To coincide with the release of her autobiography Believe - which details the fascinating rise to the very top of her sport, becoming the first ever woman to win the Olympic gold for boxing at London 2012, and then again in 2016 - Nicola Adams is making an appearance at Waterstones, on Albion Street. For £15 you can get a copy of the book, signed by Nicola on the evening, and be a member of the audience for an evening of conversation in the book shop’s intimate surroundings. Tickets

Harry Potter and the Philosopher’s Stone

Watch where it all began in gorgeous high-definition on the arena’s giant screen - a live orchestrs will be bringing John Williams’ Oscar-nominated score to life. That’s if they can be heard over the audience cooing about how adorable all the actors looked back in 2001. Tickets 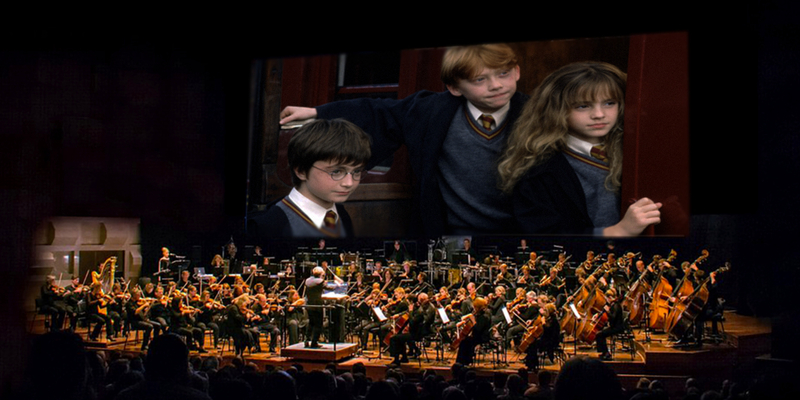 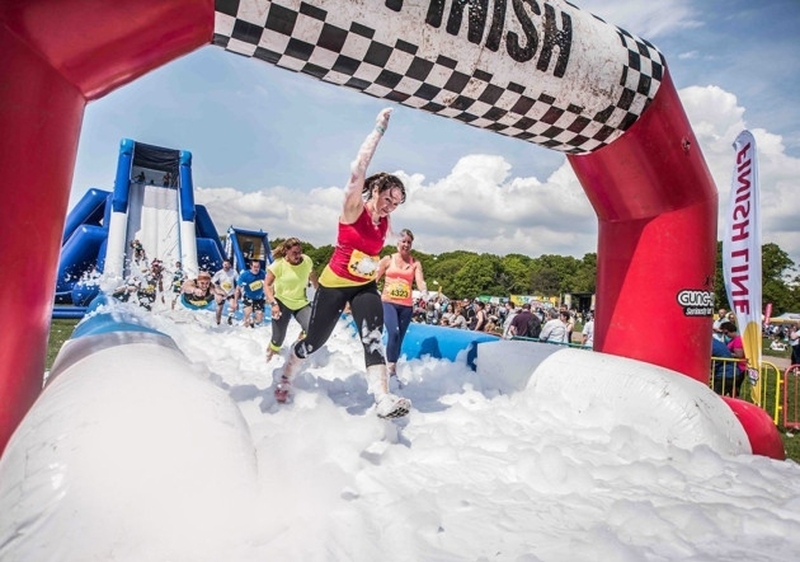 Kicking off a series of musical events throughout the summer - which also includes orchestral renditions of Back to Basics classics, Back to the Future, as well as the likes of UB40 and The Real Thing, The Specials are coming to Millennium Square this Saturday night, sharing the stage with - for the first time - reggae legends Toots and the Maytals, and roots revivalists Bedouin Soundclash. Tickets

Super Friendz - the team behind metropolitan music festival Beacons Metro - are back up to their old tricks with this new, one-day festival of experimental programming. During the daytime of Bank Holiday Sunday the Town Hall will be hosting Floating Points, NAO, Badbadnotgood, Submotion Orchestra and more, followed by afterparties at Belgrave and Headrow House. Tickets

Whether you’re a teenager or just a grown-up who should know better, if you can watch Enter Shikari’s headline performance and resist clapping along to that bit in “Sorry You’re Not A Winner”, I’ll eat my backwards baseball cap. Tickets

Top things to do in and around Leeds: October 2022
Read Next
Web Design Manchester MadeByShape