So, what’s the deal with SOYO?

What does Quarry Hill’s £300 million cash injection really mean for the future of the city?

Leeds’ latest development scheme has faced more than the odd raised eyebrow of late. With aspirational plans, a millennial-targeted Instagram feed and a name that no one can make head nor tail of, the journey for Leeds’ renewed Cultural Quarter is only just beginning.

In essence, SOYO – a reference to the area’s south-of-York-Road location – is a development plan brought to fruition by property big guns, Caddick Developments. These guys have owned the historic Quarry Hill site for over fifteen years, and over the past couple have begun investing £300 million to transform it.

Work hasn’t started yet, but there’ll be apartment blocks, the biggest green spaces in the city (not difficult in Leeds, let’s face it), co-working spaces, bars, restaurants and above all, that magnetic cliché, culture.

Speak to the PR people for SOYO, and they’ll tell you that linking the area to culture came naturally, given the history of Quarry Hill and the number of independent businesses surrounding it. From the inside out, Caddick have understood the essence of the location, looked at what’s needed and tapped into the needs of a growing community – that’s certainly what their social channels are plugging.

From the outside, though, you can’t help but wonder if, in a bid to embed itself within the fabric of the city, the development has latched onto the concept of culture and community like a green card. ‘Where culture lives’ screams the headline of the SOYO Correspondent, a free newspaper delivered to city-centre businesses every quarter. But culture lives across Leeds, and it has for many years. It lives in basement studios and in sweaty gigs, in draughty workshops and independent exhibitions – it’s raw and it’s gritty but it’s ours, unfiltered and unbranded.

So, while Leeds’ organic tapestry of culture cries out for people, access, representation and teamwork, you can’t help but question whether SOYO’s sponsorship deal with Leeds institution, the West Yorkshire Playhouse, is a little left of the mark. As Caddick partners with Irwin Mitchell (enter giant corporate number two) to channel £14 million into the theatre’s redevelopment, it’s not yet clear how this will harmonise with the rest of the Leeds arts scene. Perhaps only time will tell.

The Playhouse investment might be an undeniable step forward for the beating heart of Leeds’ cultural community, but some of that heart and soul seems to ebb away upon closer inspection of the planned apartments for the SOYO development site. Here, we find ourselves at the hands of property developers, Moda Living, who will be constructing two sixteen-storey towers comprising 515 rent-only flats, with the innovative promise of being focused on the needs and wants of renters today.

And according to Moda, what renters want is an app to control heating, lighting, bills and rent; a concierge for parcels; Uber credits if you don’t have a parking space; and apartment interiors by designer of the minute, Naomi Cleaver. Against the backdrop of rising homelessness and an ever more pressing need for social housing in the city, SOYO’s proposed accommodation speaks to a future misaligned with the needs of our current culture and the people who make it what it is.

Confusion around the project, then, comes from several sources. The name is the most obvious, leaving a Yorkshire audience irked by the attempt to be more like the capital, and isolated by the polished vision of social culture it represents. Then there’s the construction itself – not due to start until later this year, and not set to finish for several more. And then the cries of gentrification that abound from a scheme actively promoting local businesses, who when asked, decline to comment on anything SOYO-flavoured.

Conversations have been sparked, passions ignited and the stubborn spirit that our region is so proud of is out in full force. Yes, creativity and arts have made Leeds what it is for years, but while ‘we’ve-been-doing-this-all-along’ indignation is understandable, maybe SOYO will be the catalyst our communities need.

A reinvigoration of our cultural scene might come at the cost of a giant property development scheme with a name that struggles to hold the history, complexity and diverse energy that permeates Leeds, but it’s here to stay, and one day it will be part of our heritage. It’s impossible to say what the future holds for SOYO, but whatever happens, clashing opinions and fiery talent are more than likely to be involved.

For now, all we can do is watch, learn, and wait with bated breath for the project’s next move. Bring it on. 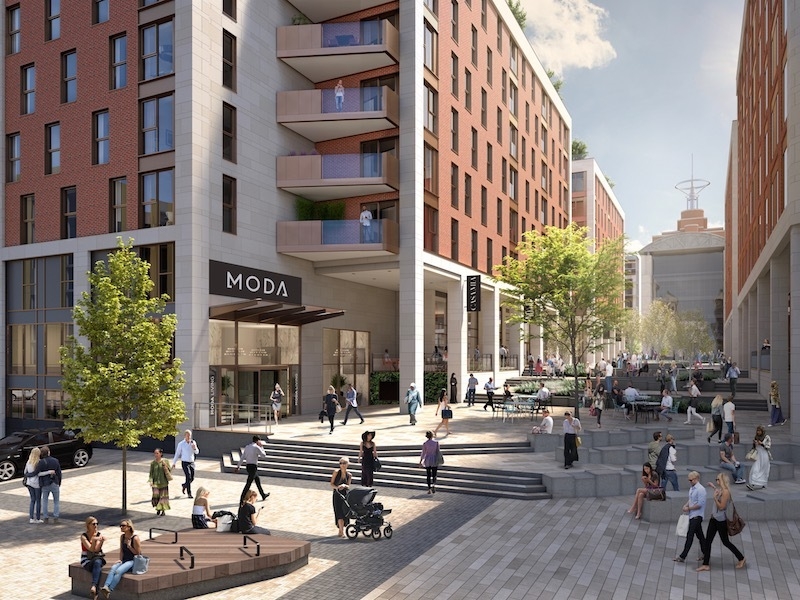 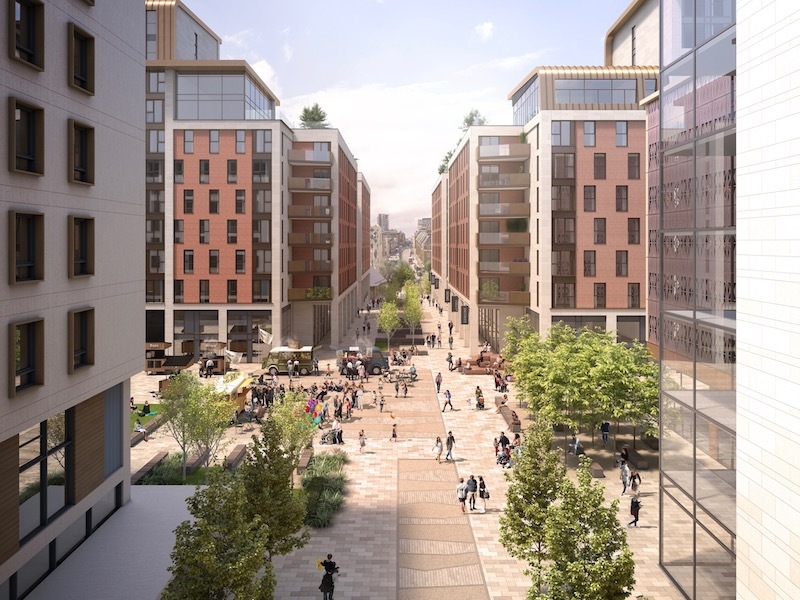 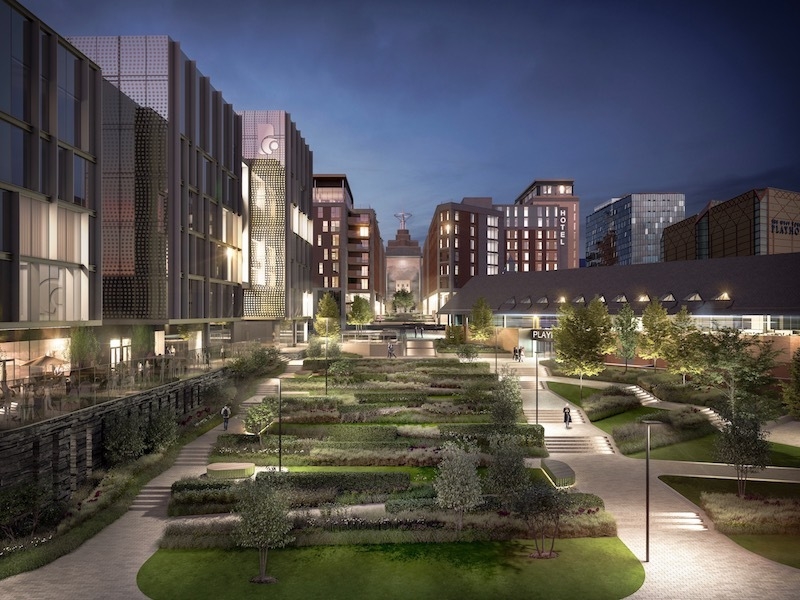 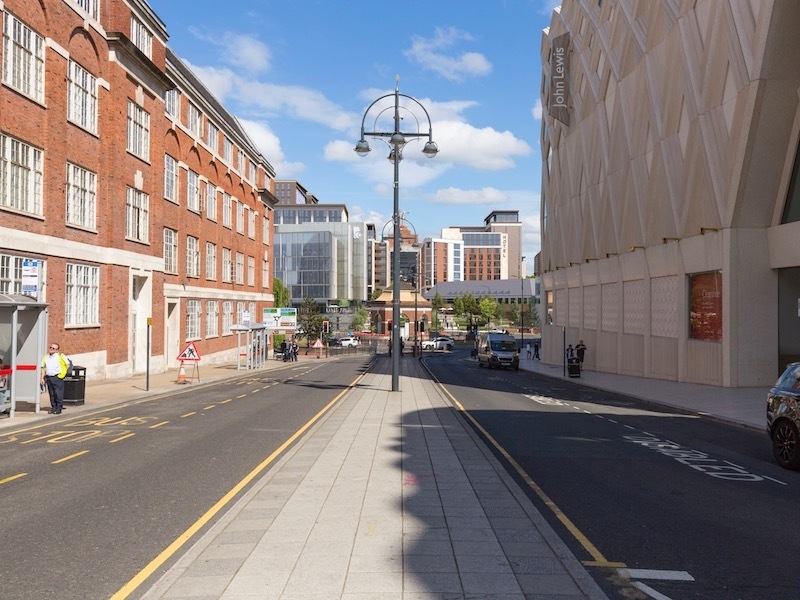 Manchester to Leeds in 33 minutes, but what about the other rail improvements?
What you say
Read Next
Web Design Manchester MadeByShape