Six of the best bottle shops 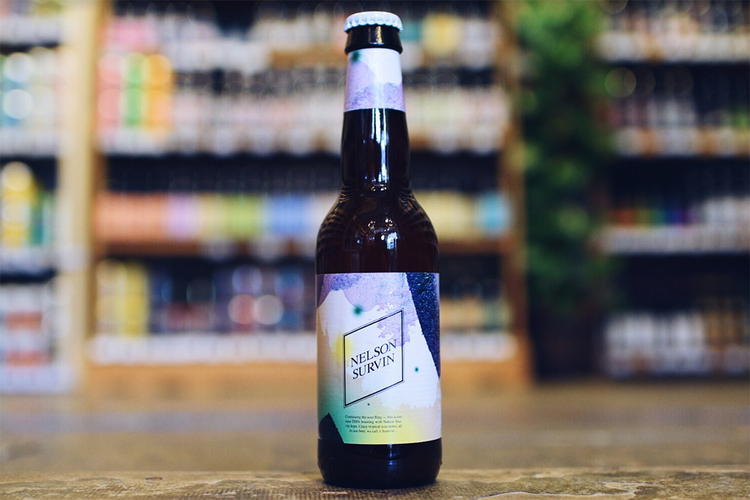 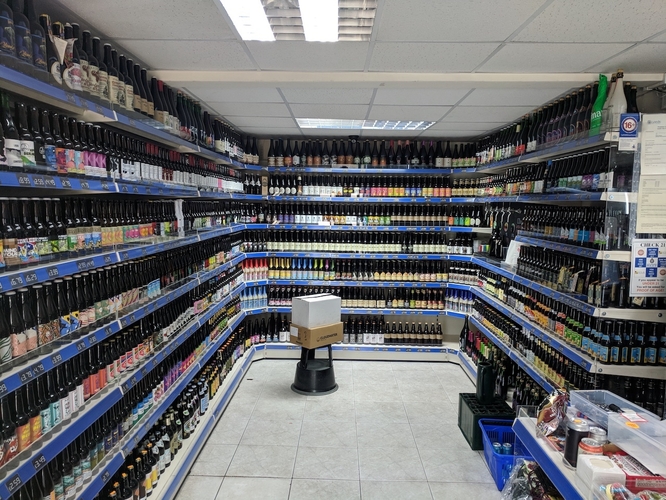 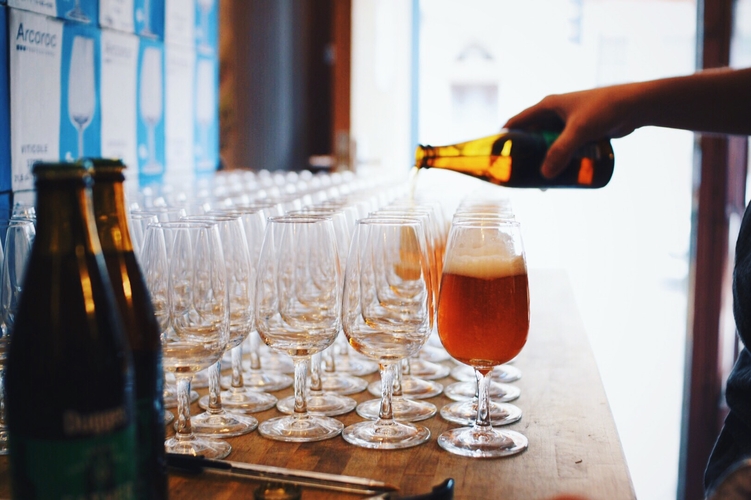 Simon Richardson reckons one of these could be your new local

WHEN I walk into a good bottle shop, I’m reminded of Cheers. It’s not that any of the owners look like Sam Malone (though every bottle shop has a Cliff Clavin) – it’s more that there seems to be a warm welcome culture in every single one of them that prompts me to sing “Where Everybody Knows Your Name” when I walk in to one – although that could be down to the five cans of eight per cent beer I’d just bought.

There’s no denying though, that a warm welcome from friendly, knowledgeable, passionate people, coupled with a wide selection of exceptional beer, has a certain ring to it. And the really good news is that Leeds has plenty of bottle shops that are waiting to make you their newest Norm Peterson. All you need to do is wander in and strike up a conversation, then refuse to leave.

Here are six of the best, in no particular order… 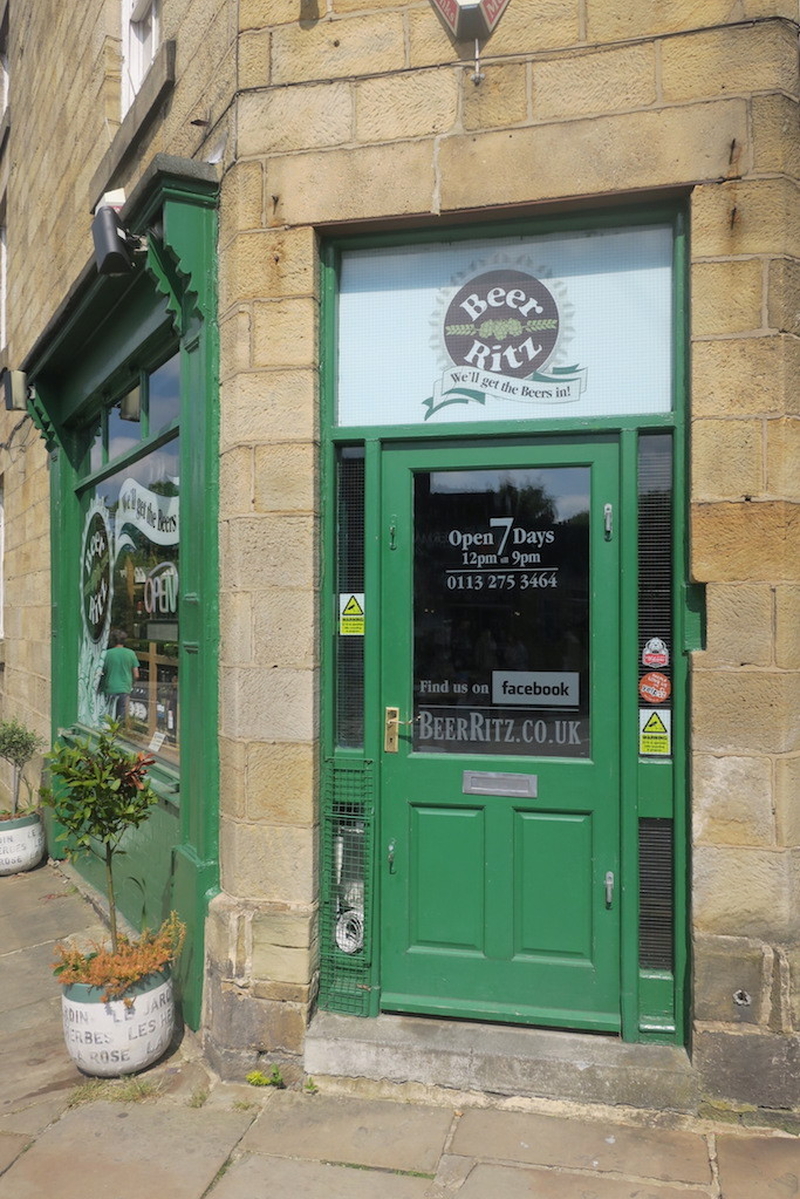 Tucked away behind The Three Horseshoes at the start of the Otley run in Headingley, Beer Ritz has been around for so long, it should be wearing slippers and smoking a pipe. Owned by Zak Avery – also a prolific beer writer – the shop stocks several hundred local and international craft beers, as well as an impressive array of spirits and wine. They hold regular brewer events (recent visits include Manchester favourites Cloudwater and Track) and they’re planning a special one-off collaboration to celebrate their upcoming 20th birthday this year. 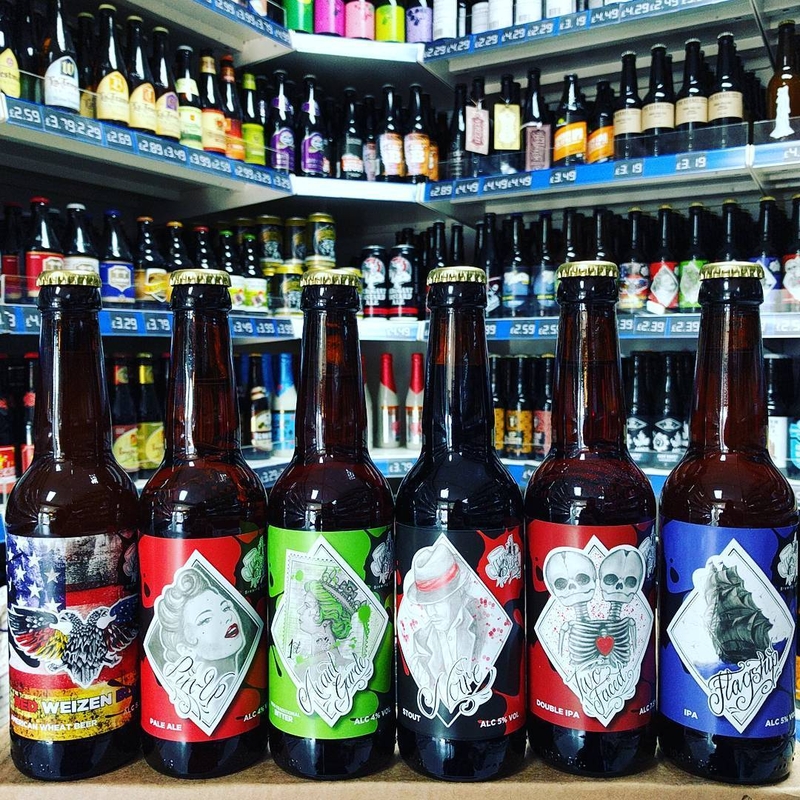 From one of the oldest in the country to one of the biggest, Armley’s Raynville Superstore boasts in excess of 800 UK-based and international beers, as well as 4 keg lines with its own branded growlers for takeaway. In its previous incarnation as a post office and then a corner shop, it has been in the family for over 30 years, but it was a chance meeting with a beer lover that gave owner Johnny Singh a taste for craft 6 years ago.

Fast forward a few years and Raynville now regularly take their bottle shop mobile, appearing at beer events such as the Brew-denell beer festival and Leeds International Beer Festival. They also stock wine, a fine selection of gins and even freshly-ground coffee from local roasters Maude. 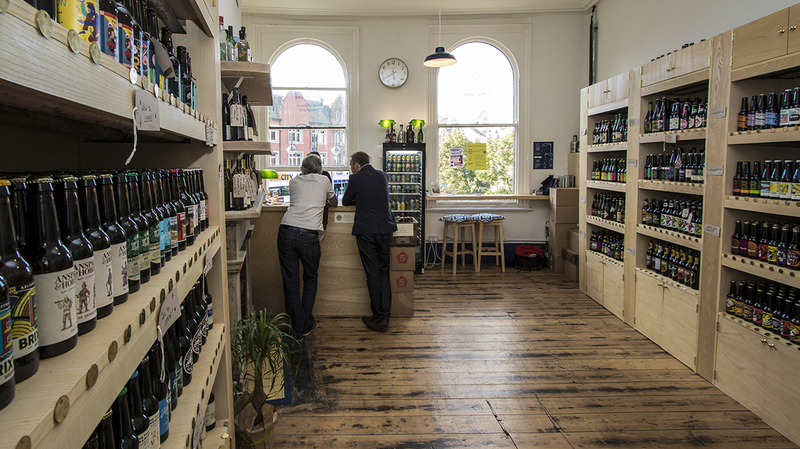 On the upper floor of the corn exchange lies a real gem in Little Leeds Beer House. Owners Richard and Briony have made themselves at home in beautiful surroundings, offering a wide range of craft beer sorted by region, with a strong focus on UK-based breweries. They also have 4 keg lines and a few tables for you to enjoy a quick drink mid-shop. The shop celebrated its third birthday in April this year with collaborations with Track and Ansbach & Hobday, and they regularly hold events and launches in the shop, including being heavily involved with Hop City. 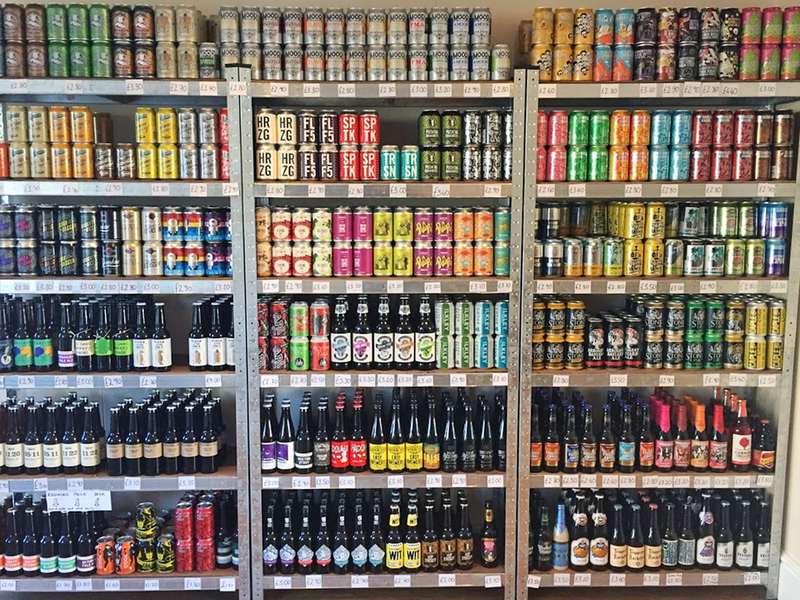 Liz, Jamie and Andy opened the Hop Shack 2 years ago, and it has since gone from strength to strength. Operating as a combined bar and bottle shop, they have 6 taps on rotation as well as two floors of seating - and midnight opening hours at weekends that allow you a bit of extra time to enjoy the relaxed vibe. They host regular tap takeovers, with Ilkley brewery scheduled to visit in July, and also sell a range of branded merchandise. 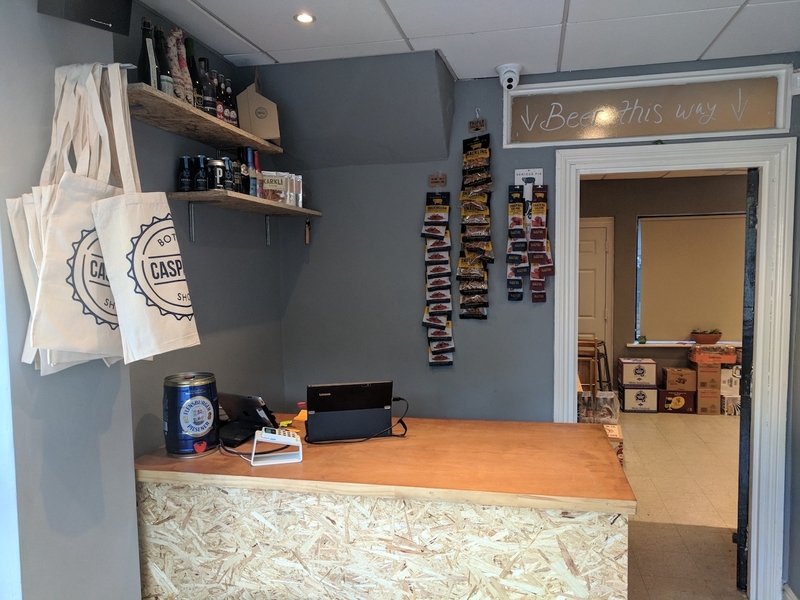 The newest of the bottle shops on this list, Caspar’s can be found just outside the centre of Chapel Allerton, and opened six weeks ago with a range of UK and American craft beers as well as a few spirits. They have wasted no time in getting involved in the local scene, including providing beers for Keira’s Taco Tuesday at Laynes Espresso as part of the Leeds Indie Food festival. Owners Eve and Ade have exciting plans for the future too, with tastings and one-off drink-ins upcoming over the summer months and beyond. 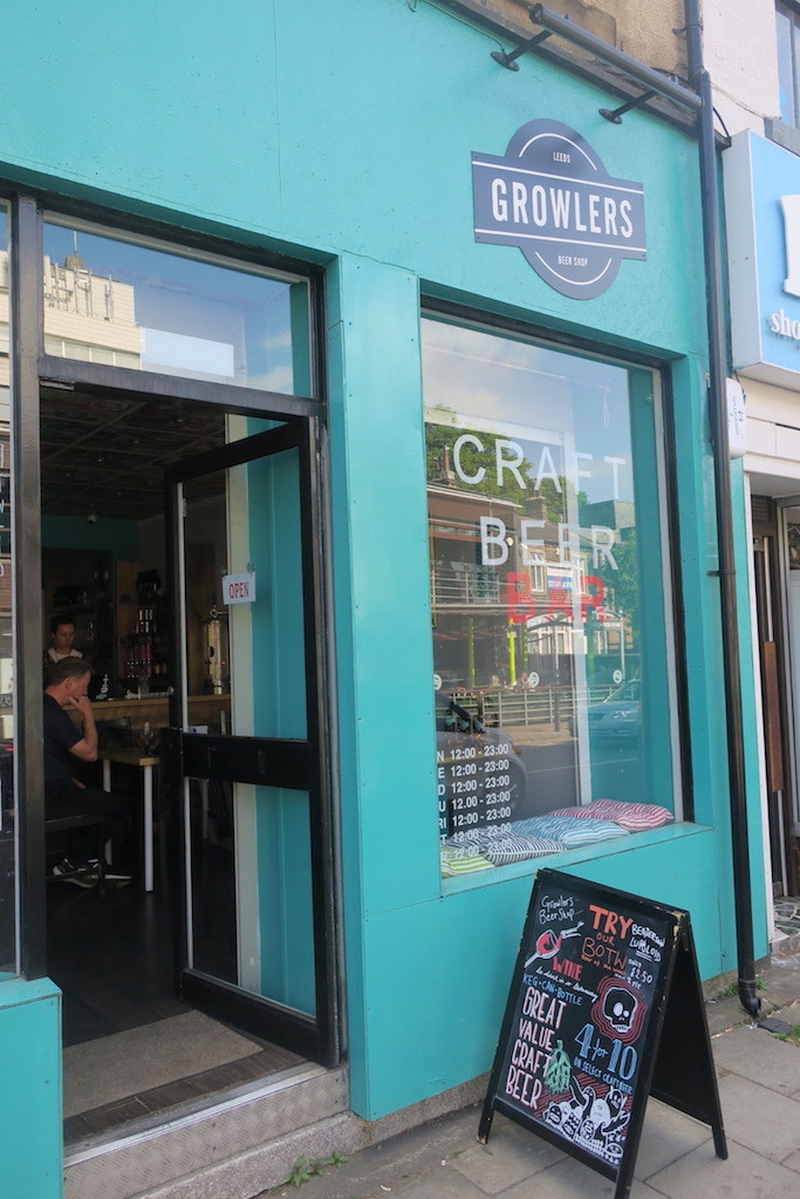 Another relatively new bar cum-bottle shop, Growler’s has four rotating beers on draft, a wide range of beer and spirits in the shop, as well as (yes, you guessed it) a wide range of growlers at fixed prices. They have already had Northern Monk in for a tap takeover as well as tastings with Ridgeside and Ghost, but perhaps their most exciting upcoming event is on June 15th, when they celebrate the opening of their, er... toilet. They’re even having a beer made specially for the event.

Another much less well-known booze mecca is the fourth-floor bottle room at Harvey Nichols, which has a fantastic display of wines, spirits and local craft beers and ales; all far more reasonably priced than the Harvey Nichols name might otherwise lead you to believe too.

So, the next time you get served a cracking pint of draft beer, take a picture of the pump clip and then pop into your local bottle shop. And stay out of the supermarkets. 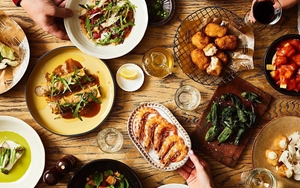 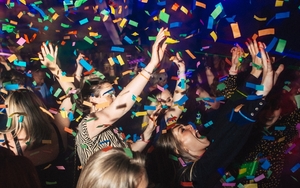 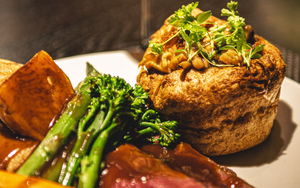