Seeking out the true taste of Zakynthos, heavenly Ionian isle 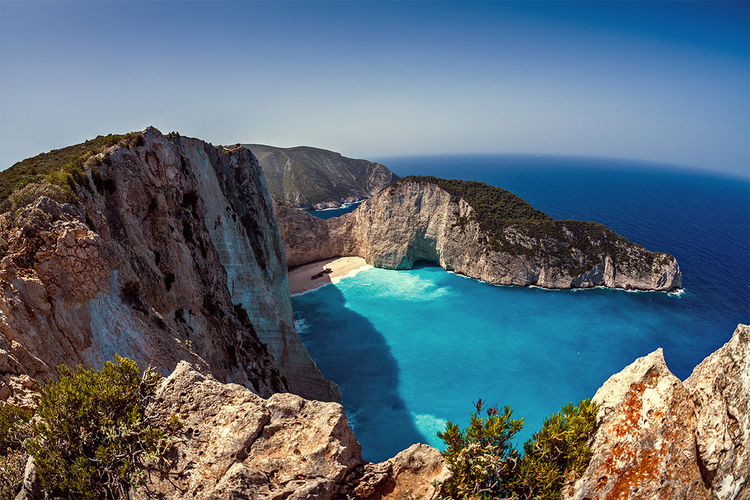 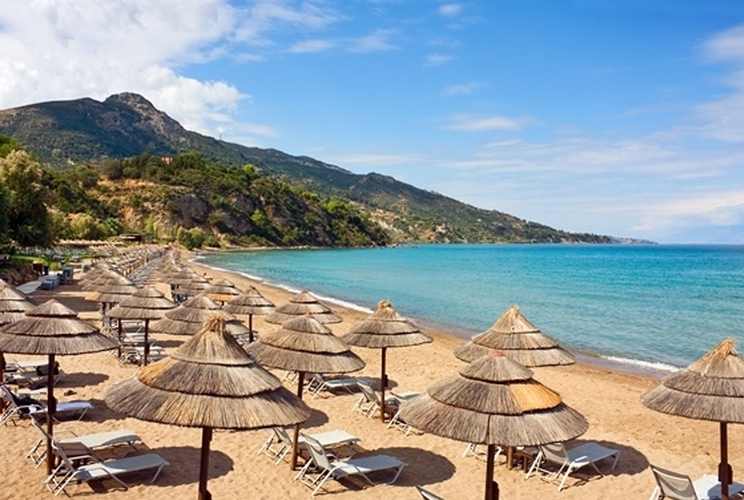 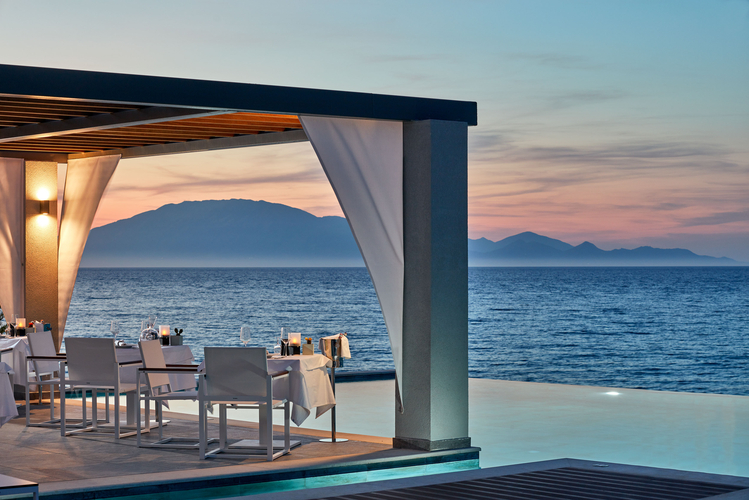 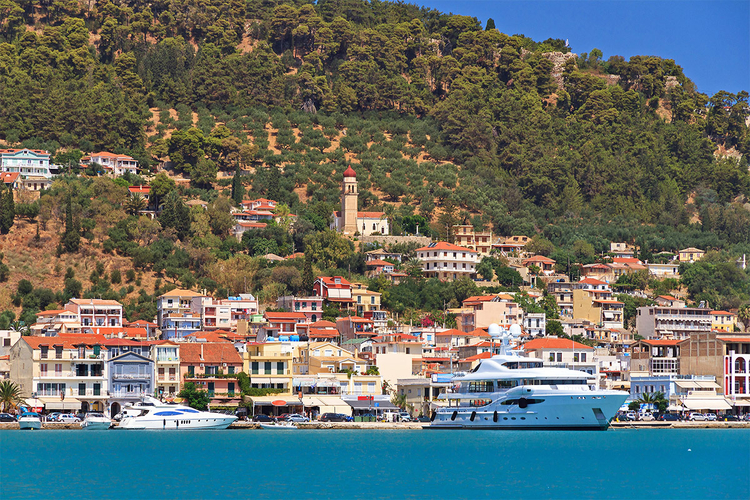 THE taxi driver from Zante airport was, as usual, the font of all local knowledge. “Greek food,” he smiled, “is healthy food. Fresh, local, delicious. We only have one McDonald's on the island of Zakynthos and that opens only in the summer for tourists. At weekends we get together for a barbecue of olives, kebabs and Greek salad.”

My tummy was rumbling after an early start for a four hour flight from the UK. Thanks to a two hour time difference it was now the hour for a sundowner around the infinity pool overlooking the  bluest of seas with wind-whipped wavelets.

My appetite was whetted as we hit the dining room of the Lesante Blu resort. “It’s an Italian buffet tonight,” advised the waiter. “And an American breakfast tomorrow.”

My heart sank below my empty stomach. I hadn’t flown all this way to the most southern of the Ionian islands for pasta, and waffles and an Asian night in prospect for the next dinner.

Sadly the buffet was mediocre for a so-called five star exclusive beach resort that boasts inclusion in a Leading Hotels of the World book. The cannelloni would have had Luigi weeping at over-cooked pasta and bland sauce.

There was a nod to a Greek salad with one lonely piece of feta on tasteless rocket. Our meal picked up with dessert: raspberry pannacotta and tiramisu.  But come on, I’m craving Greek.

So for the breakfast buffet I headed for the thick Greek yoghurt with runny honey, dodging enough cooked meats to open a deli. Cheery waitress Konstantina directed me to the ‘How to Build you own Bloody Mary, stand. I was more tempted by the ice bucket of Champagne to ‘build’ my own Bucks Fizz. 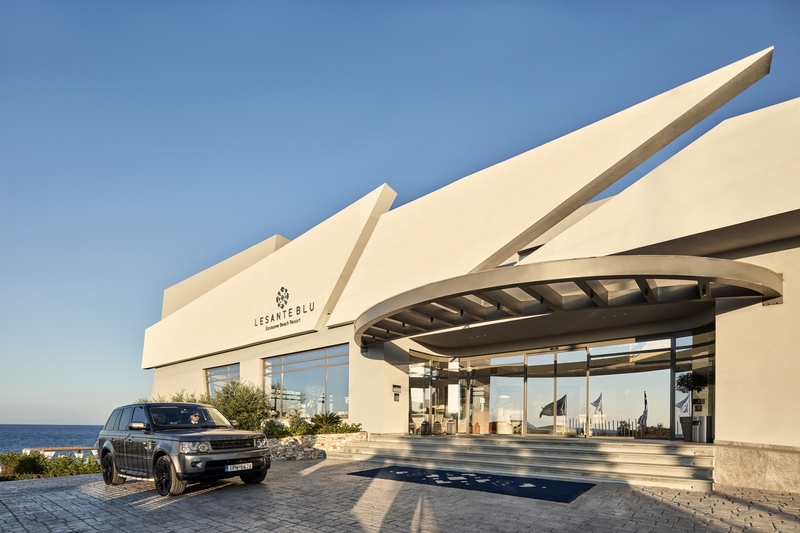 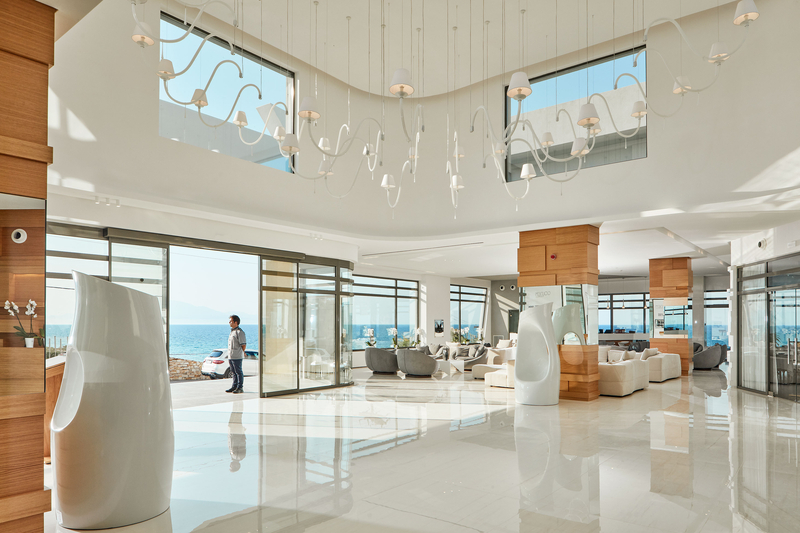 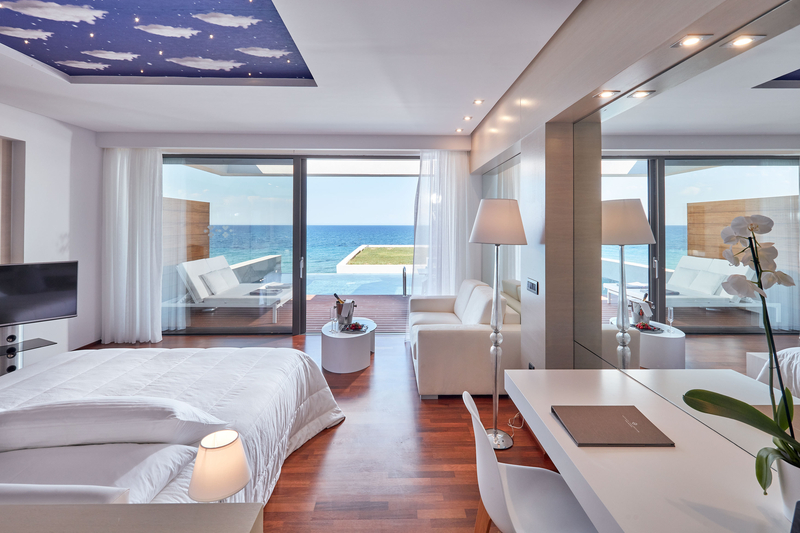 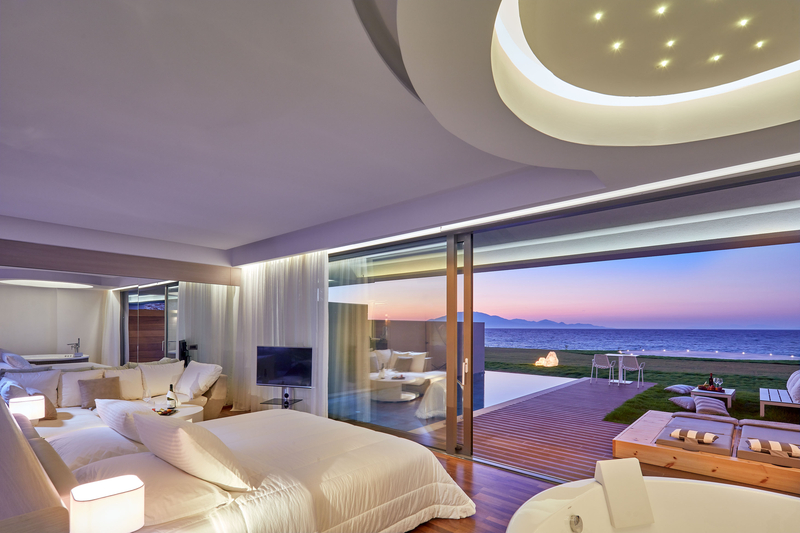 As UK’s June temperatures rivalled those of Zakynthos we sought sun, parasol shade and cooling sea breeze. Despite the international clientele there was no beach towel battle for the loungers, not even the four posters.

No sooner had we lounged when a white uniformed beach boy was offering iced water and fruit slithers. The only irritants: a drone overhead – boys and their toys – a noisy flypast by a hang glider and whining jet skis.

The resort, in the north-eastern village of Tragaki, is sleekly and sympathetically designed to blend into the landscape. It is adult-only so no squealing children. Disappointingly, the other unwelcome guests are the disabled. Despite the fact that it’s a brand new establishment and not beyond the wit of architects to make it wheelchair-friendly managing director Dionysis Vithoulkas, son of the owner, is unapologetic. “We have no specific rooms adapted for disability or access to the beach. It’s how it’s designed. I don’t recommend it.”

Looming black clouds gave me a perfect excuse to watch World Cup soccer in the comfort of my room, propped up on plump pillows on a huge bed, air conditioned cool to match the décor. England v Panama with a sea view and unbiased Greek commentary: perfect combination.

Meanwhile my Irish friend discovered a little taverna called Ladofanaro 10 minutes’ walk away, where she enjoyed the perfect Greek salad for a modest 3€ with a generous glass of white wine for 2€. The cheapest bottle at our resort was €36.

Guide books advise car hire to access the island’s mix of barren lands, wilderness, mountains, fertile plains and coastal resorts. Choose one with satnav as our abortive trips to the two must-see attractions – Blue Caves and the Laganas loggerhead sea turtle sanctuary– ended in five hours’ frustration.  Even our Greek guide failed to navigate a route thanks to faded, overgrown or absent road signs.

It was brilliantly sunny but the sea had an ominous swell so we drowned our disappointment with a glass of wine from Mrs Potamitis, who runs the Windmill Cafe, watching a Polish bride and groom pose for pictures above the scarily sheer white cliff face above the Blue Caves.

Shipwreck Beach on  the north-west coast is another vertiginous attraction. The shell of the  Panagiotis – which ran aground while being chased by the Greek Navy who suspected it of smuggling Turkish cigarettes –  is at the foot of limestone cliffs. The curse of the selfie-stick ended in the deaths of two tourists who toppled over the edge in their  bid to capture the perfect picture.

The south has more mass package holiday destinations such as Laganas, where a conservation area for loggerhead turtles is in direct conflict with tourism. How would you like your shell speared with a sharp parasol? Or your nesting sites endlessly disturbed by rubber-necking boat trippers?

Beautiful views were too often marred by fly tipping and overspilling rubbish. Even olive groves were blighted with plagues of plastic bottles trodden into the earth. There’d been a rubbish strike, we were told. Or the landfill was closed. Or it’s the tourists’ fault. Not too many holidaymakers dump mattresses or lavatories, surely.

And Greece’s economic ills have left unfilled potholes, boarded up shops and tavernas,  and skeletons of abandoned building sites in sad contrast to the island’s pretty sheltered beaches, little coves and pine forests.

If your idea of a holiday is sun, sea and pool lounging Lesante Blu would tick boxes, but not if it rains. Free gym sessions and visits to the spa and indoor pool (at a cost of €30 a time unless you have a treatment or massage) soon pall.

Storms scuppered the hotels’ two special dinners – a lobster special (€130) and a gastronomic evening (€125) – as the venue was an open air restaurant. The Panorama bar offered views of lightening forks and lawns turned to quagmire.

We took shelter from the rain at Zakynthos Town’s Museum of Post Byzantine Art, a cheap treat at €3 to see impressive 16th century icons and other artworks salvaged from 1953’s catastrophic earthquake, which claimed 200 lives and destroyed 100 churches. Painstakingly the museum has pieced together beautiful frescos, statues and carvings from the rubble.

Panaytiotis Kavianos proudly showed us around and recounted a moving story of bravery during an earlier devastating chapter of the island’s history – the German invasion during World War Two.

“The Nazis demanded that our mayor and archbishop hand over the names of all Jews on our our island. The Archbishop had lived in Germany as a student, so understood what the fate of the Jews would be. When the Nazis returned they were given just two names: those of the mayor and the archbishop.People say that was our finest hour.’

We sought sunshine in Zakynthos’ wines, enjoying a wine tasting session at the hotel (€40) and visited one of the island’s many vineyards with 100 year old vines. Sampling full-bodied reds, syrupy dessert wines and crisp whites from the Grampsa family vineyard at Lagopodo cost €5, but meant €30 in taxis www.ktimagrampsa.gr.

The weather failed to dampen our enthusiasm for the best Greek meal of the trip: traditional cooking at reasonable prices at Paloimylos Taverna (part of the EcoZakynthos Network www.paliomylos-tavern.gr overlooking Louha village.

When the family-run Old Mill came under scrutiny from Germans and Italian WW2 occupiers who demanded a share of the flour the millers switched to clandestinely working only at night so villagers could still get their fair share. Sadly their plan was discovered and the mill came under fire. It eventually ceased production in 1952.

That taxi driver was right.

Stay at the five star Lesante Blu in Tragaki Bay in Zakynthos from £250 per room per night to include breakfast and taxes. To book visit www.lesanteblu.gr