Ricci's owner lied to staff about job security, "threatened to stab them"

Former staff of Ricci's Tapas - whose surprise closure was announced yesterday - have brought new information to light which paints a pretty grim picture of their treatment by the business owners.

One member of staff contacted Leeds Confidential to say that alarm bells started ringing when kitchen fittings and equipment had been removed from the venue just after Christmas, swapped with older versions of the same gear from the Halifax branch of Ricci's and 53 Degrees North.

When confronted by staff as recently as Saturday, the owners gave assurances that nobody was going to be losing their jobs, and allowed some workers to carry on until 7am on Sunday morning, before leaving a sign on the door of the premises informing customers "WE ARE NOW CLOSED SUNDAYS AS PART OF OUR NEW OPENING HOURS".

When staff arrived for shift on Monday morning, they were unable to access the building, and it dawned on them they had been left out of a job, with no assurances of being paid for any of the hours worked since the end of December.

This includes an estimated £13,000 in tips and service charge left by customers, according to another former team member, who claims they were generating over £50,000 a week in revenue over the Christmas period.

In addition to gutting the kitchen of equipment, staff had an inkling that the venue was in trouble when letters began arriving detailing the restaurant's debts. When staff broached the subject with Michael Ricci, who had been absent from the restaurant at the time, he responded by threatening to "stab someone". 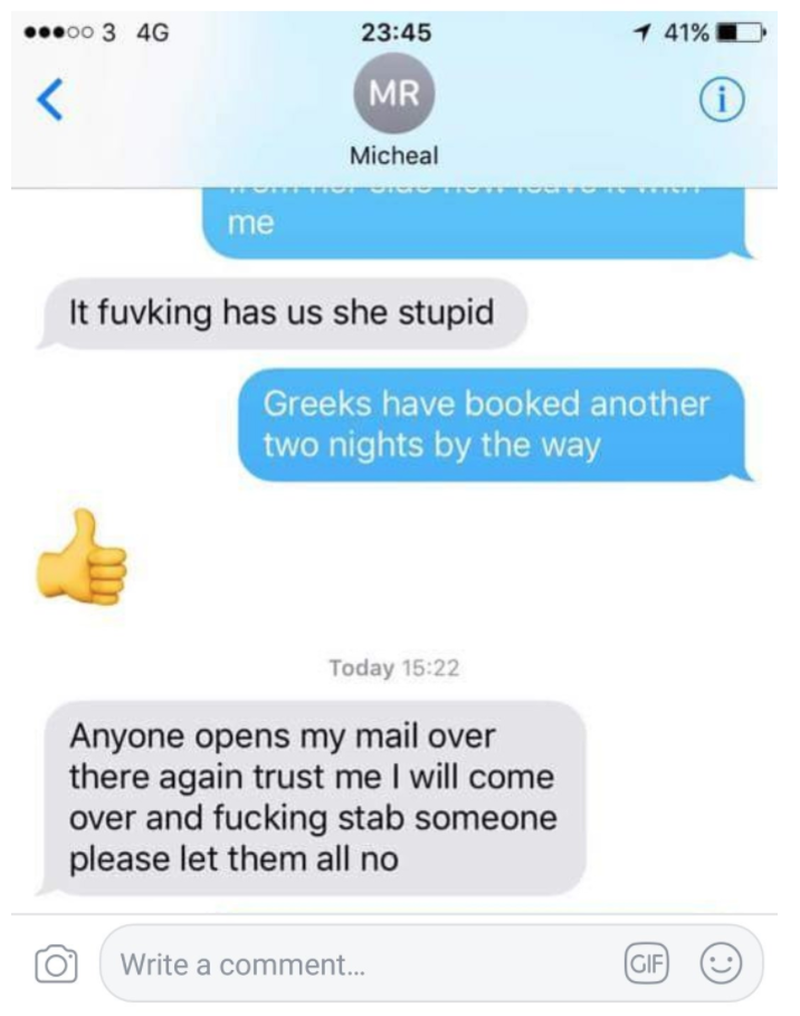 "Anyone opens my mail again over there trust me I will come over and fucking stab someone please let them all no" read the alleged text message posted from a former staff member.

In the meantime, Ricci's former staff are in need of new jobs to help them get back on track after working a month unpaid. A former manager put a plea out on an industry group on their behalf:

"I managed some amazing staff, and a lot of them will need whatever hours you can throw at them - their homes depend on it"

More on the story as it develops.

Henry Normal: ‘I spent my life, both in TV and poetry, trying to connect with humanity’
● / Features/Opinion

'Buzzing' but 'be kind': Northern music venues react to ‘Freedom Day’
What you say
Read Next
Web Design Manchester MadeByShape