Candlebar’s a funny old place. Most of its neighbouring establishments on Granary Wharf can be summarised Spice Girls-style by some overriding attribute, whether that’s Water Lane Boathouse’s frostbite-inducing coolness, The Hop’s traditional boozer charm, or that Sky Lounge requires a very long ride in a lift.

Candlebar’s main thing is that it has no defining features. It’s a plain-faced everyman of a venue; the pub version of Keanu Reeves, inviting audiences to superimpose whatever personality they want onto its blank default avatar. It’s a valuable asset when casting a relatable lead, but a double edged sword for a bar. 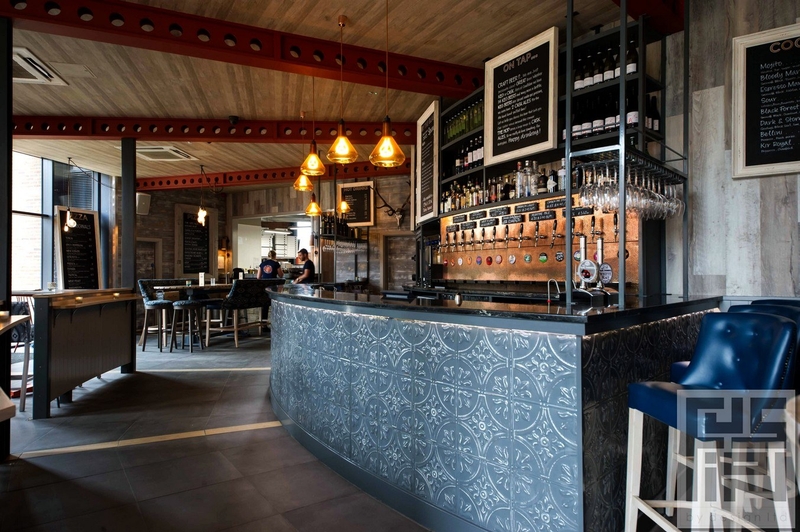 On one hand, being all things to all men makes it the ideal haunt for groups of blokes who work nearby and have nothing in common besides preferring to drink with people they have nothing in common with after work, rather than face an evening at home watching The Grand Tour on Amazon Prime and ignoring the wife. Well that, and they can't help but go wild at the sound of a barman dropping a glass, as if they’re 14 years old and the sound of shattered glass means Stone Cold Steve Austin is about to enter the room.

Still, that’s not Candlebar’s fault. What are they gonna do, tell them they’re not allowed to like the bar as if they’re Johnny Marr scolding David Cameron for liking The Smiths? Besides, it’s these blokes that actually keep the bar afloat day in, day out.

The lack of any clear USP has enabled Edo to come over from their native Sheffield and slide into the Candlebar kitchen pretty neatly, with a few Japanese-themed decorations and a chiller of four or five sakes behind the bar helping ease the transition. Looking at the menu, “Edo Sushi” seems like a bit of a misnomer. Most of it’s izakaya-style bar food and small plates, but I suppose it saves us all having to Google the meaning of izakaya. 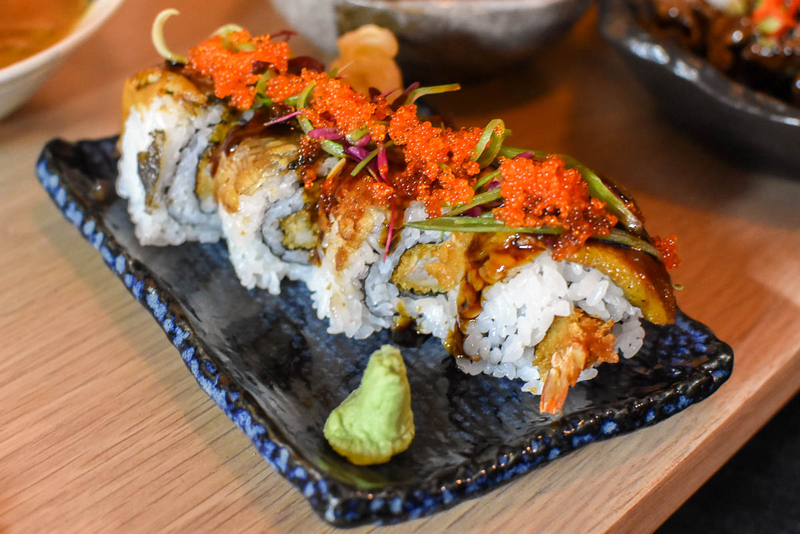 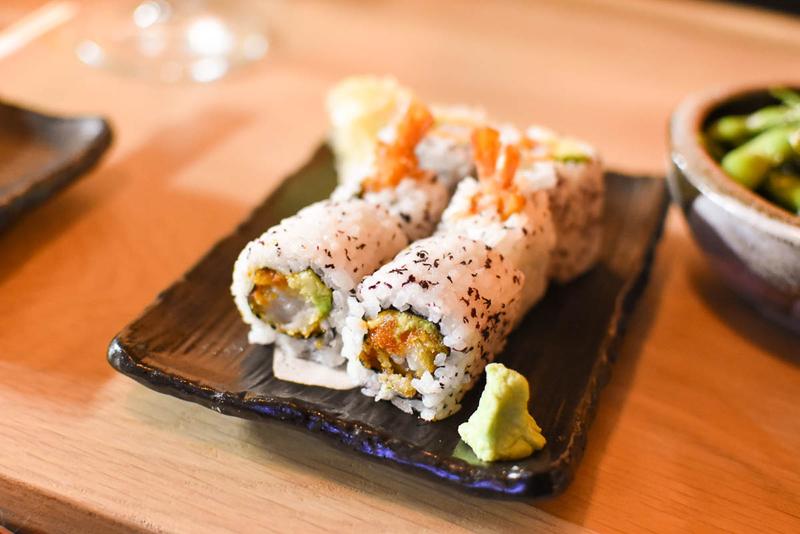 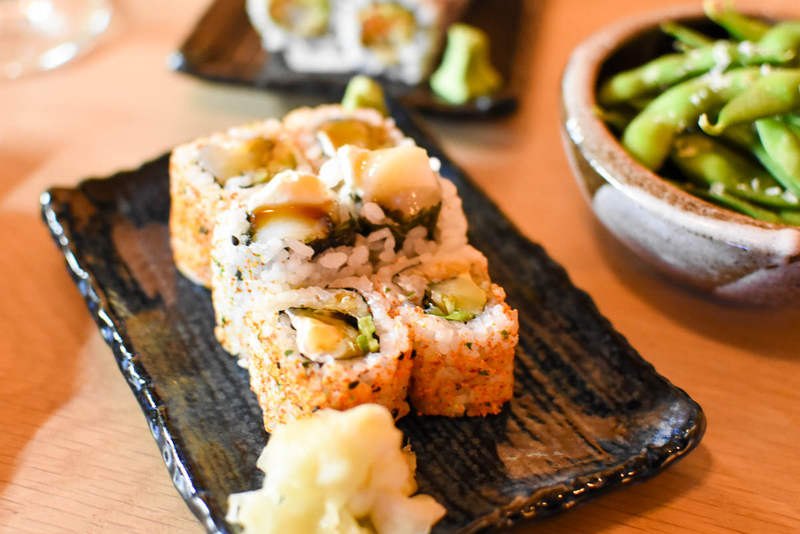 They’re serious about the sushi they do serve, but without the humourless reverence that makes it feel less like food and more like a house of cards. Grains of rice are sticky but distinctly separate and served just above room temperature, and the fish is sliced fresh and accurately, but they’re not afraid to throw crunch deep-fried katsu prawns in their “Godzilla roll” or some cream cheese in along with the scallop. The flavours and textures in the latter one double-down on calmness so it’s entirely pleasant without ever really going anywhere, like an episode of Seinfeld or an anecdote told by a grandparent.

I guess the opposite of these very zen mouthfuls of calm would be shishamo; forage-fish the size of baby sardines, served whole after being deep-fried with their roe intact in their bellies. Like whitebait for people who should be on some sort of list. Not for everyone, but well worth trying if you’ve got the, um, stomach for it. 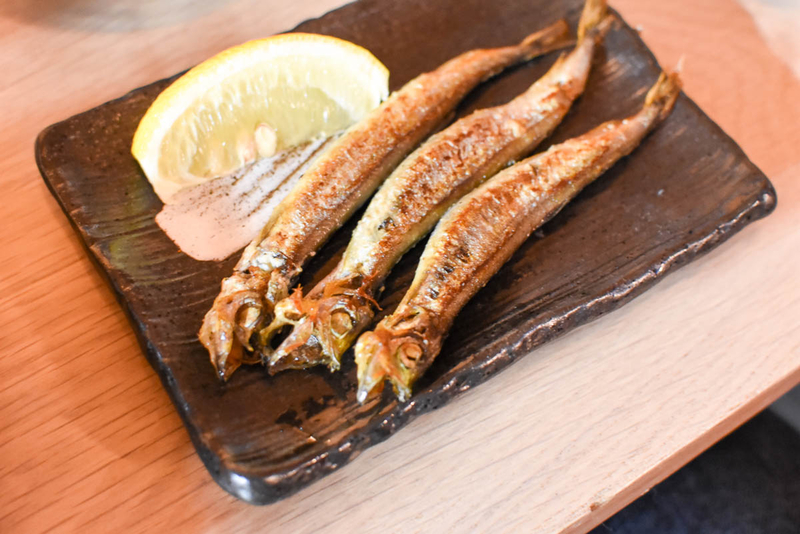 With the shishamo came *deep breath* chicken karaage pork gyoza curry beef teriyaki pumpkin croquettes and takoyaki. A mouthful to say, let alone eat all at the same time, and a tailback of dishes that could be easily avoided with a bit of common sense from the kitchen (though in their defense, when looking at a ticket with about ten dishes on, you maybe don’t expect them to be going to just two people)

Still, what we got was good. Some of it very good. A sticky tangle of crispy-fried beef daubed in plummy teriyaki sauce; steamed gyoza are plasticine-tacky to the touch and pregnant with rich pork, they make a nice change from katsu chicken when served with vinegared rice and a blanket of curry sauce. 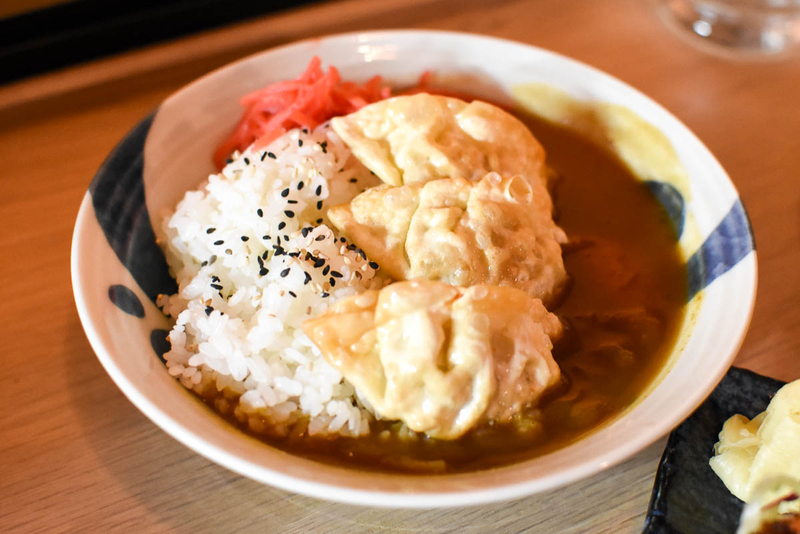 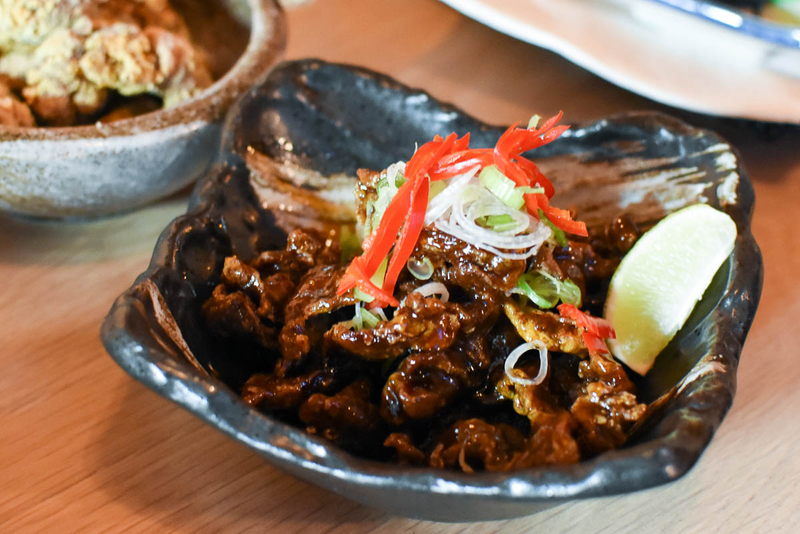 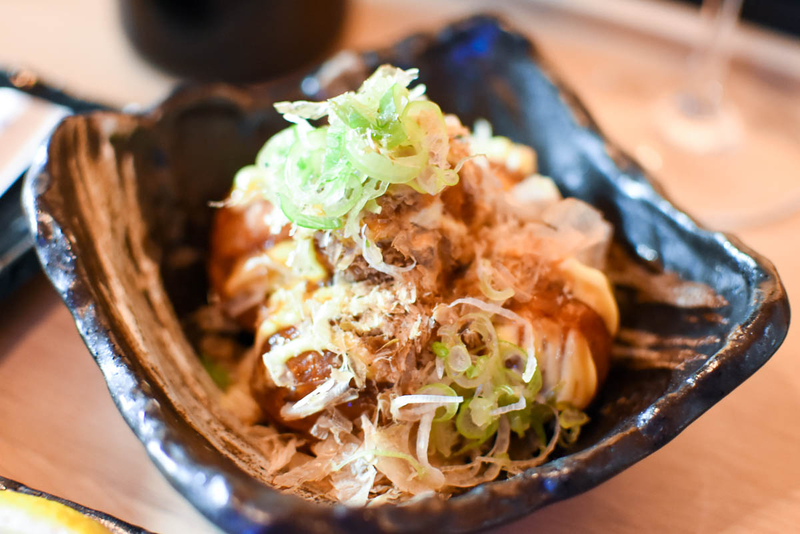 Takoyaki manages to turn octopus into comfort food, sealing minced tentacle in squidgy, starchy croquettes. On top is a drunken takeaway combo of sauces; a tang of fruity soy ketchup zig-zagged with kewpie mayonnaise, then loaded with katsuobushi, the flakes of dried, fermented tuna shaved so thin that the slightest breath causes them to writhe as if in the throes of death. It’s used as a seasoning to give a smoky, meaty tang.

Its land-based cousin is chicken kara-age, Japan’s take on fried chicken, and one of the best versions anywhere in the world. Here it’s got a thick and gnarly, salty crust. It’s so crisp and glassy that I half expect the lairy suits at the bar to start cheering uncontrollably at the sound of every bite. Yep, they're still at it. But without them there'd be no Candlebar for Edo Sushi to take residence in, and that really would be a shame. 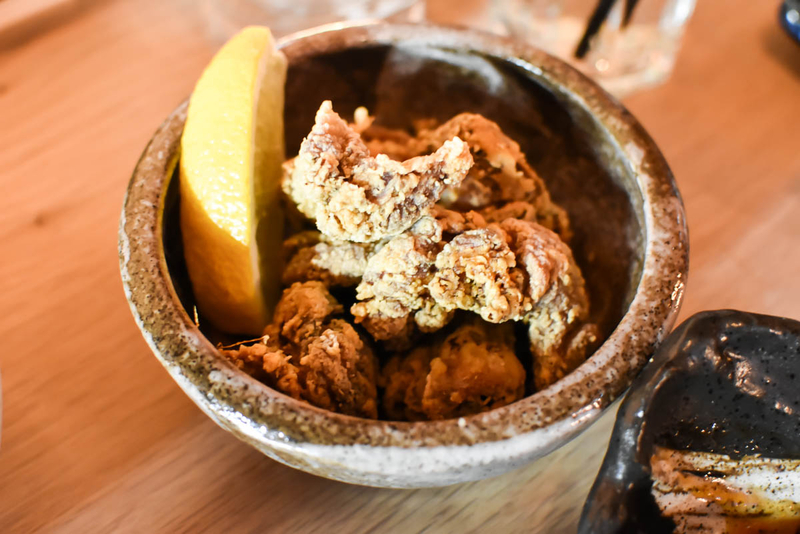