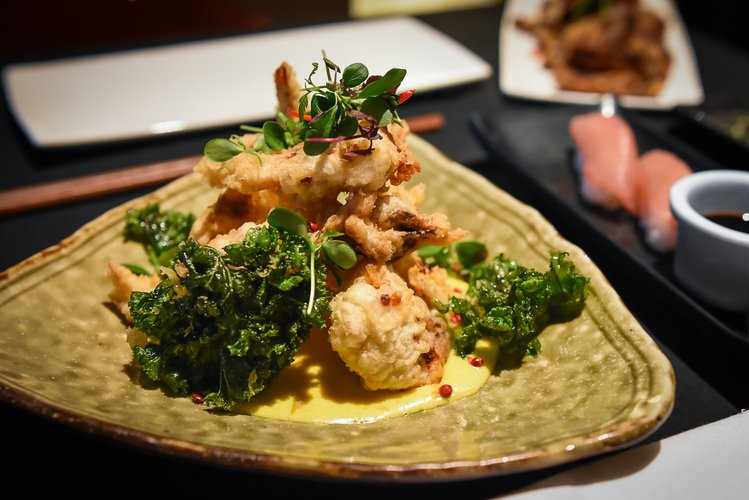 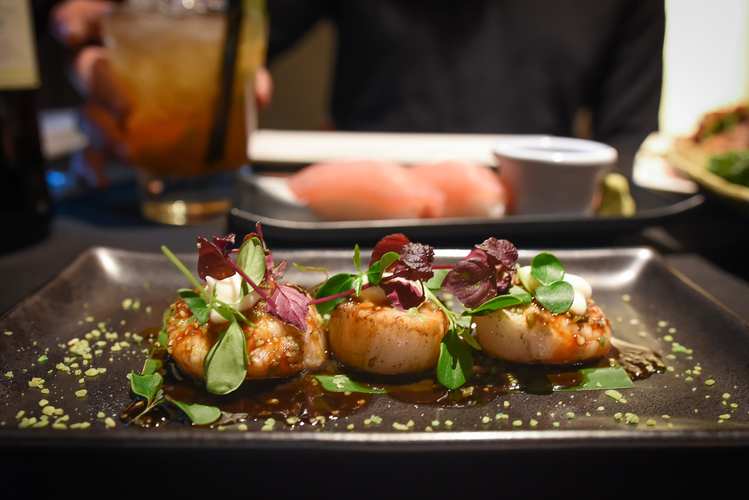 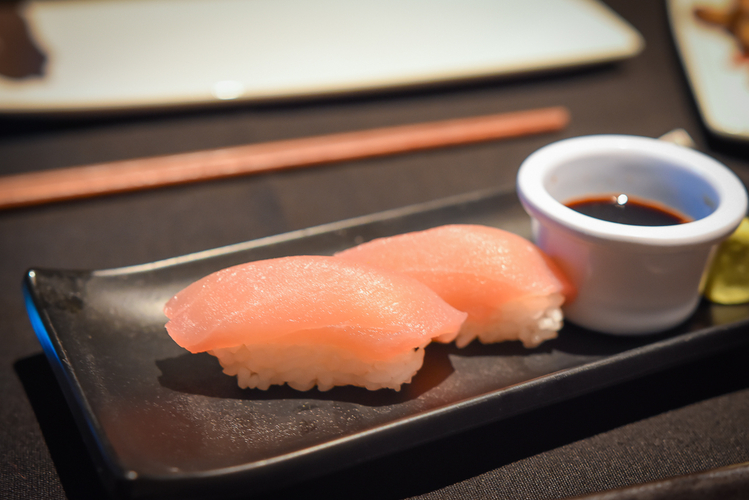 "I’m all for fusion cuisine, but crab and custard are two foods which should remain permanently un-fused..."

Restaurant openings seem to come in waves. In 2015 you couldn’t move for burgers (No, really - I physically couldn't move for three months or so after a one-two Patty Smiths-MEATliquor melee), and 2016 brought an armada of new tapas restaurants. 2017 is shaping up to be the year of upmarket pan-Asian, with at least three established groups venturing to Leeds in the coming months, and Mexican, of which there’s one new one, and another three on their way.

“Modern Pan-Asian cuisine and Latin bar” Chino Latino must be absolutely shitting themselves - and not just because their scallops are of questionable freshness.

Sat on top of the Park Plaza hotel, Chino Latino benefits from a captive audience of tourists who don’t know the city very well, and who, when rolling the dice on going to an unknown restaurant, might as well do so without having to go outside and brave the Northern elements.

We’re sat between two tables. One is full of German-speaking guests. The fact that this is their first impression of Leeds’ cuisine gives me the same sense of embarrassment-by-association that 48% of us have experienced when, on a recent holiday, a local asks if we’re British. They’re probably going to go home and write a pithy headline about the meal or put it on a carnival float. At best, nothing really tastes of itself. Or anything, for that matter. I thought the description of chicken wings (£6.50) as “Peruvian style” might be talking about the flavour, but they have none. More likely it’s a reference to the fact that they’re as dry and shrivelled as a shrunken head excavated from Incan ruins. 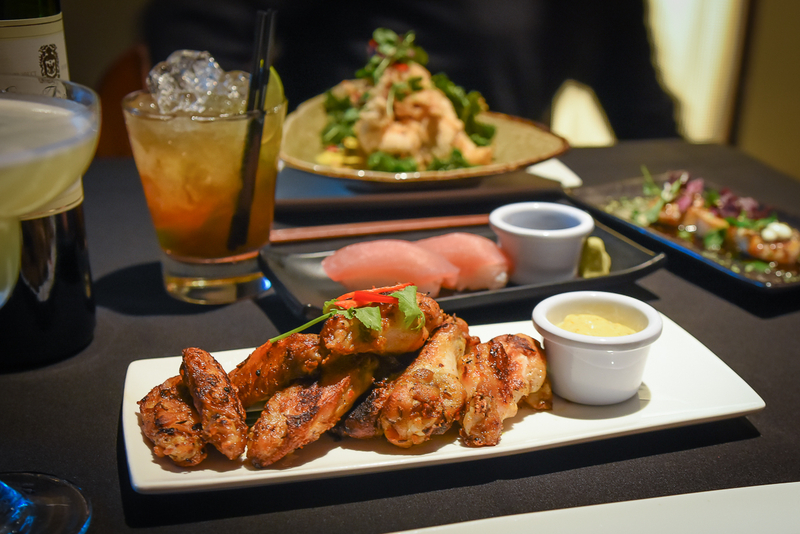 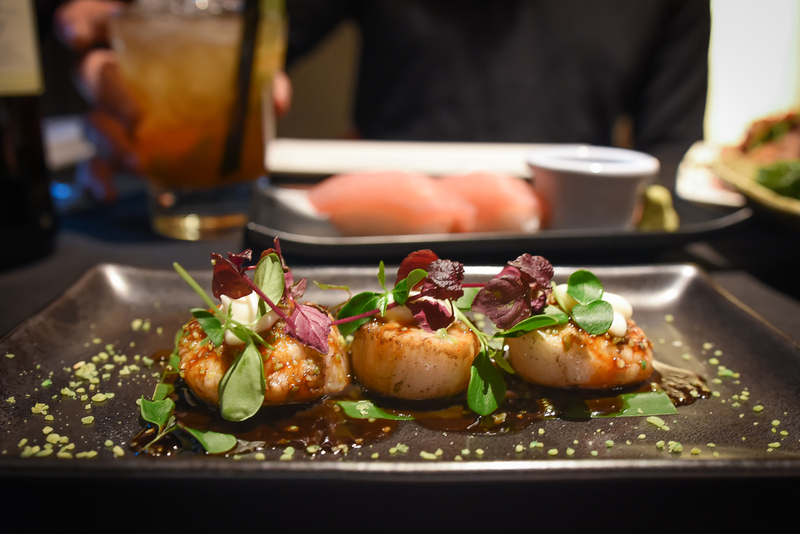 A mountain of soft shell crab (£6.50) is piled on top of a pool of yellow sauce that I struggle to put my finger on - it’s a bit sweet, maybe coconutty? It’s not spicy enough to be yellow curry though. It dawns on me. I’m all for fusion cuisine juxtaposing or complementing far-flung flavours, but crab and custard are two foods which should remain permanently un-fused.

Still, at least the crab and custard don’t taste of enough to be actively bad. Not like, say, the scallops (£10). Flabby, fishy flumps wallowing on the plate - past best, and insulted by the chef; crowned with a blob of acrid mayonnaise - sorry, “yuzu aioli” - and sprinkled with a wasabi pea dust that has the precise texture of coarsely ground sea shells. This is how a scallop might serve scallops in an attempt to preserve its species, by putting humans off the thought of ever eating them.

From the “kind of passes as sushi” section comes two lumps of over-cooked long-grain rice (fusion!) draped in a shroud of bubble-gum pink tuna. It’s the only dish we order that doesn’t come festooned in the same three micro-herbs. It does come with a blob of wasabi that looks like the bogey of emergency blue-tac you keep in your pen pot. In fact, can we just stop it with the fish full stop? Black cod falls apart on the plate, when chewed it turns the same texture as mashed potato, this amount of water-retention suggests it’s been frozen. Chino Latino has valued this piece fish - along with four withered stalks of broccoli that might, at some point, have been considered tenderstem - at a ludicrous price of £25. That’s without a side; baby potatoes (£4.5) are advertised as being glazed with dashi - a broth flavoured with deeply oceanic kombu, and shavings of fermented, dried tuna.

Sounds great; tastes...of potato. In place of the glaze, a strange, tasteless froth coats the potatoes, giving them the appearance of pebbles on the beach, just after the tide goes out. Another, bizarre side is kernels of giant Peruvian corn (£4.5) cooked in butter and sugar, served with both the appearance and texture of a bowl of milk teeth. 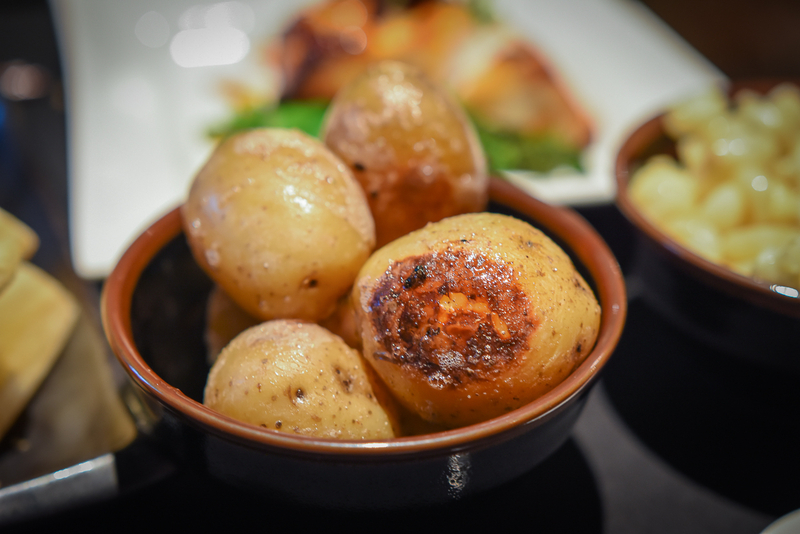 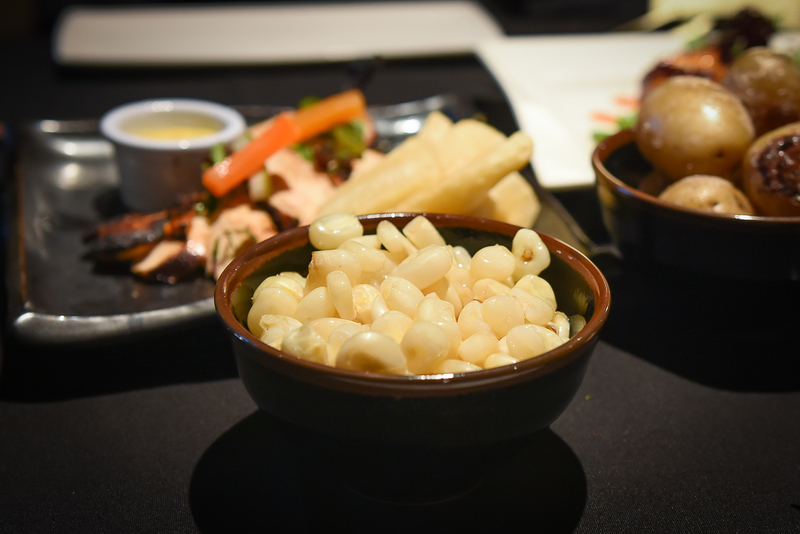 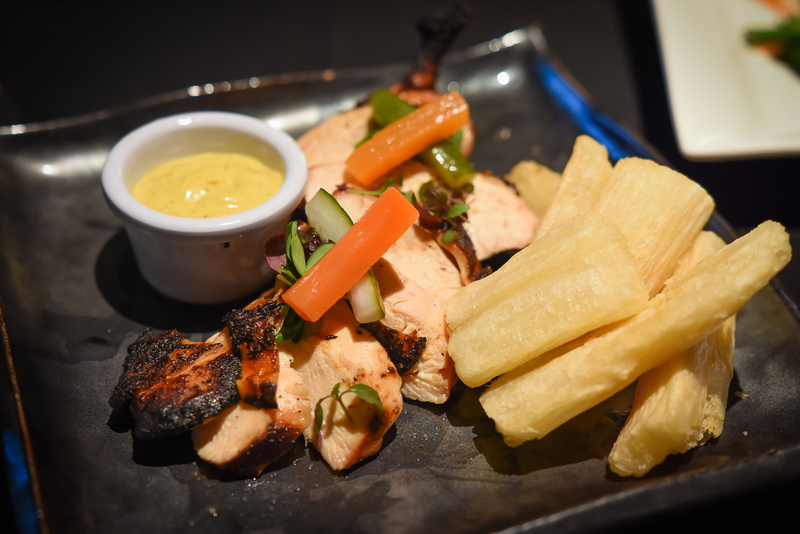 Ordering conservatively pays off here - chicken breast (£15) is tender, with charcoal-scorched skin tamed by quick-pickled cucumber. Struts of deep-fried cassava root on the side are thoroughly enjoyable, and useful for scooping up the “miso mustard”, which tastes suspiciously like honey-mustard.

The menu makes all these proud boasts about bold flavours of miso-mustard and yuzu aioli and Malaysian curry, while the kitchen is sending out honey-mustard and mayonnaise and custard - no wonder the next table over had to ask for some tomato sauce.

Being the only “upmarket” pan-Asian in town they’ve been able to get away with it for this long, but when the new breed open, Chino Latino’ll be playing ketchup.