Aside from the sheer scale of the place - three and a bit floors that encompass a gin basement and two restaurant floors, both with open kitchens and ever-so-continental counters to sit at and graze - and how well it’s put together, what commands your attention when you walk into Pintura is the gigantic art prints that line the dining room wall. It’s only right, seeing as Pintura means a work of art in Spanish; and like all great art, these pieces tell a story.

More graphic than classic, they use simple shapes and bold colours paint a tourism board-approved image of Spain: blood-red sun, sea, and a speared bull standing defiantly. Personally, I prefer to see bulls defiantly giving their matador a prostate exam using just their horns, but I suppose people are trying to eat…

It all alludes to a contemporary, cool Spain, and the foodie mecca of the Basque country. It’s an area that twinkles with constellations of Michelin-starred fine dining restaurants, as well as the kind of informal bars and cafes with chalkboard menus that double up as to-do lists for greedy tourists - Pintura being closer to the latter. 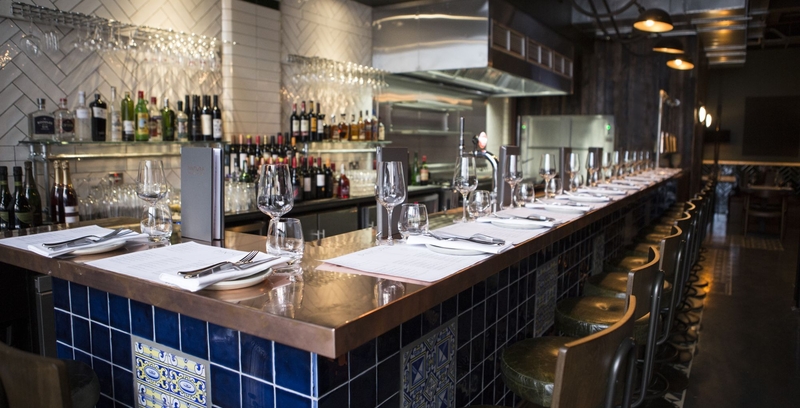 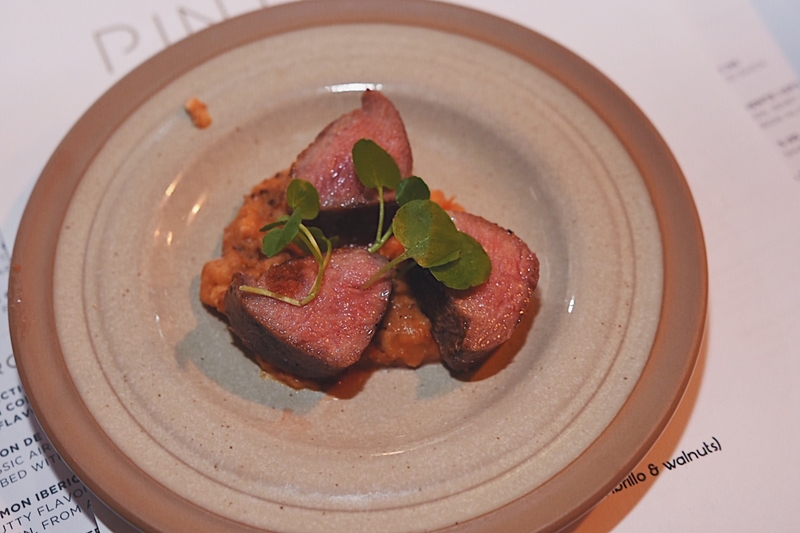 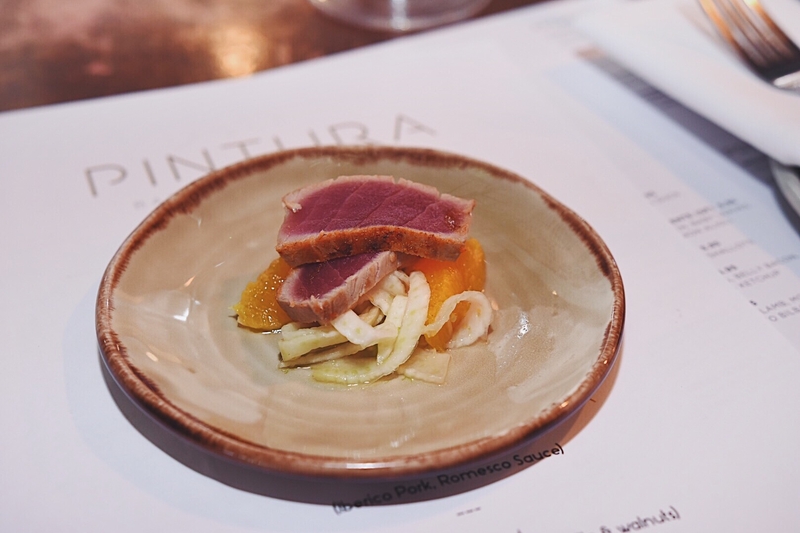 Each pintxos dish (not tapas. What do you think this is, Catalonia?) arrives at our table formed as simply as the Saul Bass-style illustrations above our heads; some are just as bold. Presa of Iberico pork (£12.95) comes off the plancha still just-pink inside and tender as wagyu steak. It’s good enough that it doesn’t need any accompaniment, but the coarse romesco that it comes with is so good I’m tempted to eat the crockery just to make sure none of it goes to waste.

Sashimi-grade tuna (£9.95) is seared, but has a cola cube-translucence inside. Again, I’d gladly scoff it on its own, but I’m more than happy for it to jostle with the bright, slightly medicinal tangle of fennel and blood orange. The idea of making an inside-out Martini by stuffing Gordal olives (£2.5) with Laquesta Vermouth jelly is particularly cheeky, when it’s done right they’re brilliant, but the jelly brings diminishing returns when it’s semi-set and grainy. 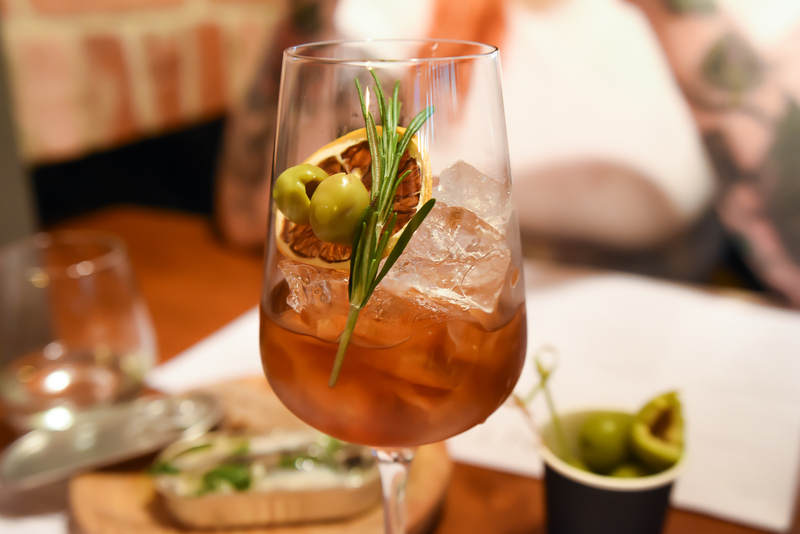 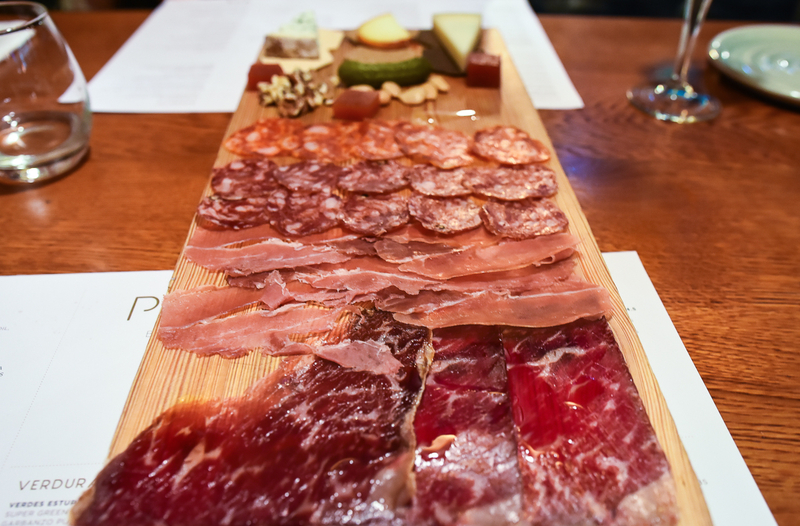 A much more reliable combination of the same flavours is La Marianito (£7.5) - a bittersweet, witchy potion of vermouth and gin, garnished with olives, rosemary, and dried orange. It’s right there on the food menu, which feels like a very deliberate move to encourage drinking to be seen as part of the meal, rather than something you do to get a bit pissed while you eat.

It’s recommended with the Table de Casa, a fifteen-quid cheese and charcuterie board which looks the part but fails to deliver. Rigid, forgettable slices of cured sausages and sticky jamon iberico from a pig who had apparently decided to go on a crash diet towards the end of its life, selfishly denying me its delicious, rich fat. There’s faint flavour there, but it doesn't compare with what’s being made and sourced by the likes of The Reliance, Friends of Ham, and Iberica.

Best of the bunch is glossy-red cecina; air-dried beef cascaded with fat marbling that looks like sunlight shimmering off choppy waters. Such a shame that it’s ruined by a stinky drizzle of truffle oil. Stick to the cheeses: that end of the board is much more positive, especially a pretty boisterous blue cabrales. 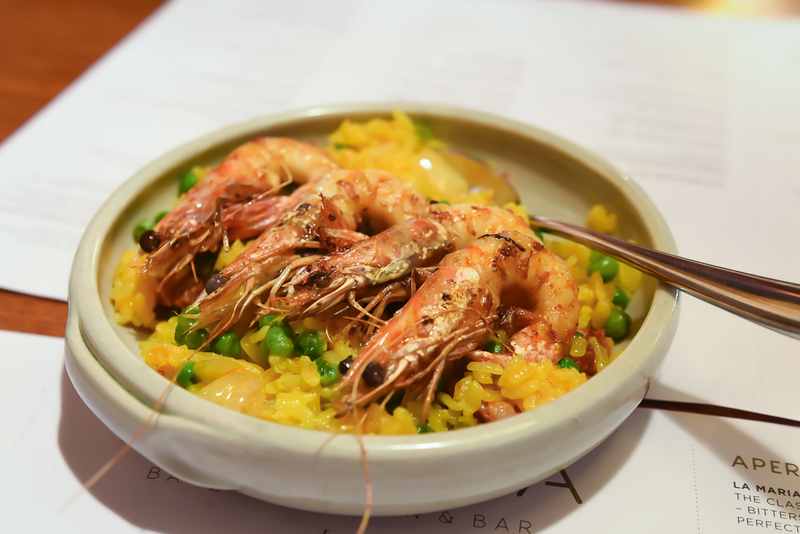 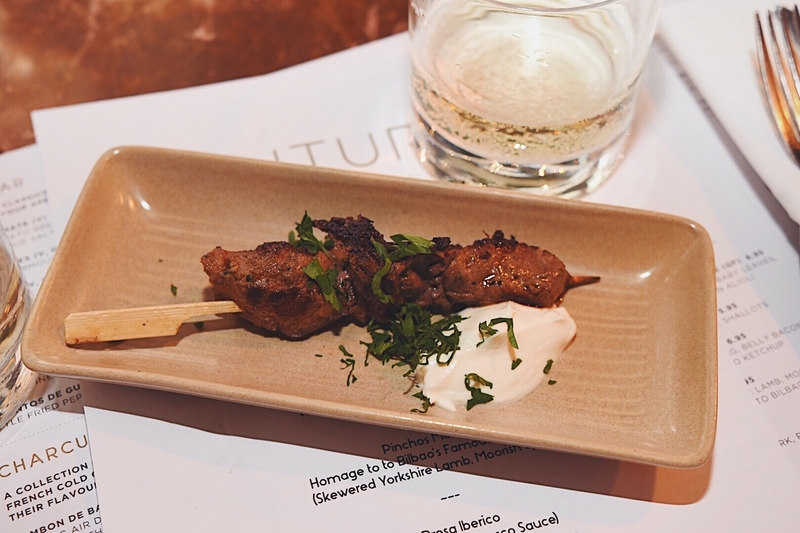 Arroz con gambas (£11.95) seems a little light on chorizo (though admittedly, I’d use chorizo-flavour toothpaste if it existed) but all the more fragrant and delicate for it, giving the prawns and their charred, milky flesh a moment in the spotlight. On the other end of the spectrum, Pinchos Morunos (£10.95) are skewers of Yorkshire lamb, in a very un-Basque marinade including cumin, oregano, thyme, and turmeric.

Its presence in a Spanish restaurant is justified by the fact head chef Greg Lewis at a similar thing at Bilbao’s Cafe Iruna, not that I’d question anybody’s prerogative to put spicy skewers of grilled lamb in front of me.

If you think liquid-centred Spanish tortilla vasco (£5.5) and a morcilla sausage served with pancetta belly bacon and a deep-fried crispy hens egg (£6.95) sounds like a breakfast of champions, then you’re not alone. Especially when paired with their Red Snapper with gin, rioja, blood orange, and a spicy salt rim - the best brunch cocktail in Leeds, bar none. Every Sunday you can eat, plus drink as many of them as you like, and it’ll cost you just twenty five quid.

Art? Haven’t got a clue mate. I know what I like though, and Pintura might as well be the national archive of it. 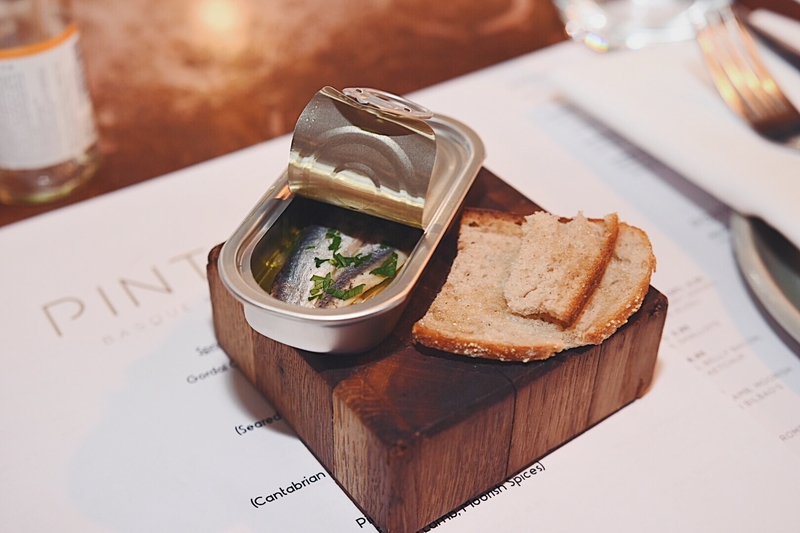 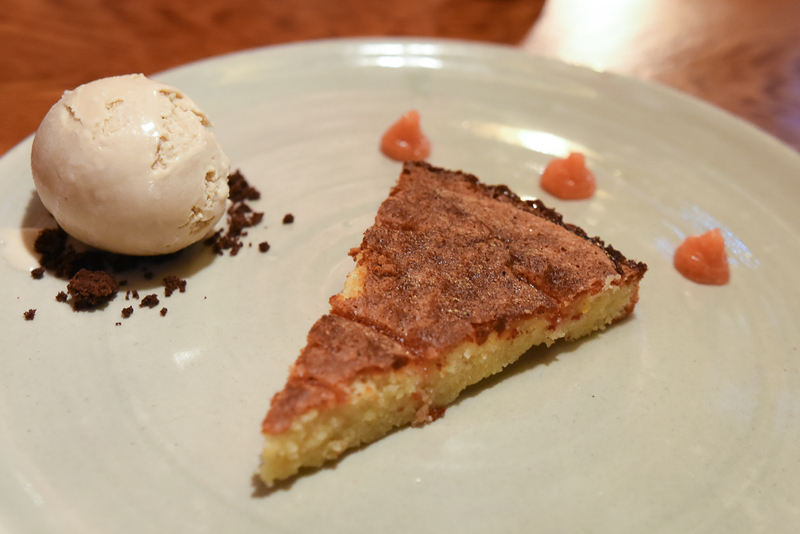