Is Friends of Ham's new collaboration squad goals, or a case of "...who need enemies?"

Apparently, if you look at a cross-section of a rubbish dump you’d be able to pinpoint the passing of each year by looking for layers of yellow mulch.

Welcome to this week's review, by the way! Stick with me through this talk of landfills, I'll get to the point in a minute.

A post-mortem of my email inbox would give similar insight. A layer of press releases with burger and street food mentions in the subject line? Must be Summer 2014. A concentrated smattering of tapas restaurants? Well, you’ve scrolled back to any time between April and August 2016.

When something like Ham & Friends comes along and does something slightly different, pardon me for getting excited.

The point I’m (eventually) getting to is that our food scene is cyclical and reactionary. 90% of new openings are versions of versions of something else - either already here, or from Manchester or London. You want proof? This month alone we’re getting two “modern pan-Asian” restaurants, plus a supper-club with the same schtick. By the end of the year, we’ll have four different places to get Indian street food and craft beer in the city centre alone - and that’s not even including Wetherspoons’ Thursday Curry Club.

So when something like Ham & Friends comes along and does something slightly different - even though it’s a spin-off of the already popular Friends of Ham - pardon me for getting excited. 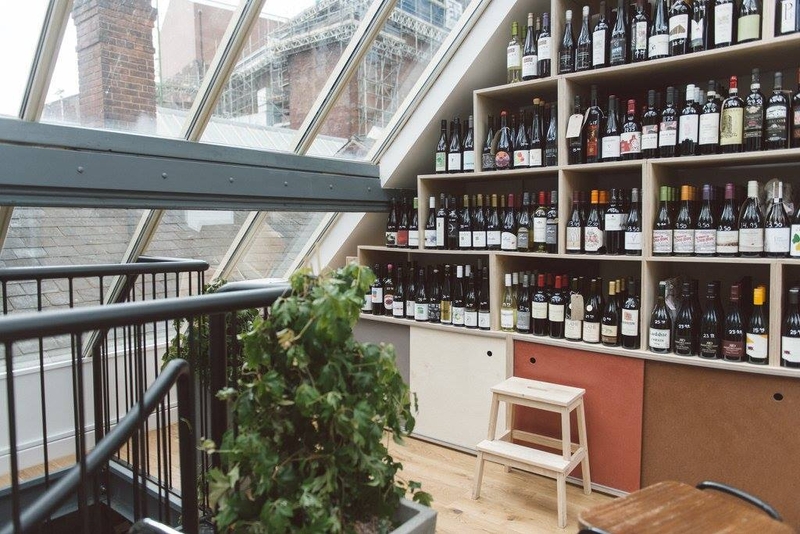 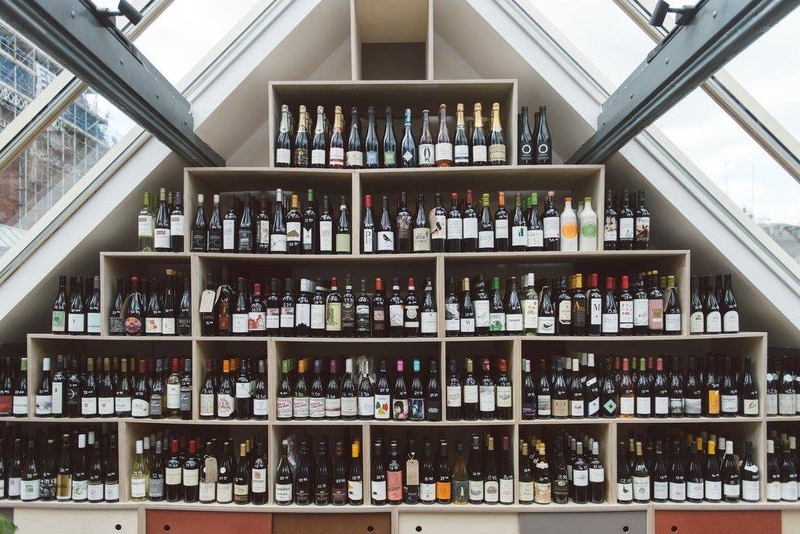 Occupying a good chunk of the Grand Arcade, most of the floor-space is occupied by a wine bar. It’s finally here: the cool, accessible wine bar that the city’s been crying out for - spruced up like a Kinfolk lookbook and giving tasting notes that actually sound like they’re written by a person, rather than generated by Romantic Poetry Algorithm 3000.

A bottle-shop mezzanine has a huge selection to takeaway at a reasonable price or drink in the bar or restaurant for a (fairly steep £10) corkage fee , and Yorkshire Wine School have a classroom upstairs for those inclined to learn about tannins and terroirs.

There’s a concession from cheesemongers George & Joseph - a separate, humidity-controlled room where you practically wade through musty hum of lactic air - and a deli shop stuffed full of charcuterie, handmade artisan foods, crisps made from things that aren’t potatoes, craft beers, etc.

It’s impossible to walk around without making plans to pop in on your way home from work, picking up a bottle of natural wine and some bresaola, cycle home, and enjoy them on the balcony during the golden hour - the fact that your daily commute doesn’t pass within five miles of the place, and your evenings involve eating Morrisons cross-cuts while watching Love Island shows how easy it is to get swept away in the charm of the place. 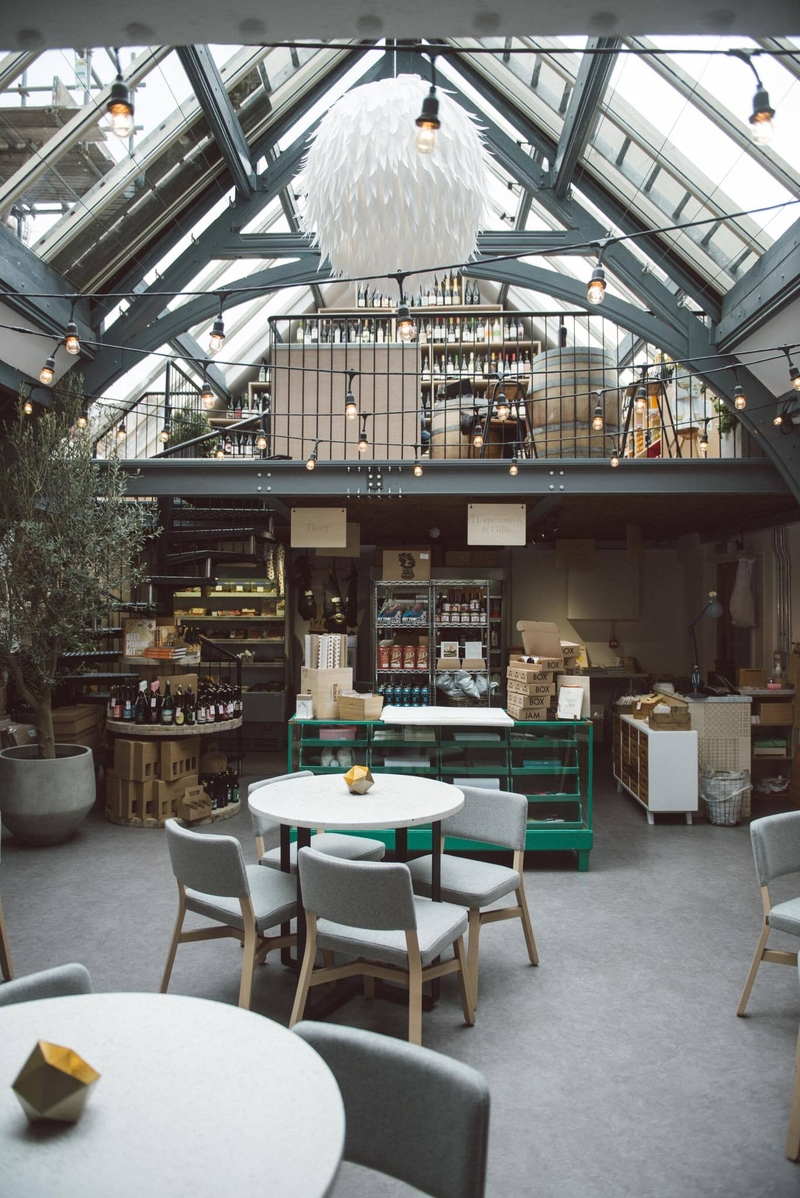 Tucked around the corner is a kitchen serving a menu of about a dozen dishes which tread the familiar line between starters/mains and small sharing plates. It’s a little ambiguous, but service fills in the gaps, encouraging tapas-style ordering - the actual, continental way as well; dish by dish, as and when you fancy, rather than ordering all at once, getting it all at once, and sulking over tepid croquettes.

As a result, we spend almost four hours working our way through a few dishes, but by some quirk of the space-time continuum it feels like less than half of that. How could the crispy chicken skin snack - shards of papadum-crisp layers of skin and fat, soothed with a milky leek remoulade - been an entire LOTR Directors’ Cut apart from the Salty Negroni that ended the meal? Maybe we’d been hypnotised?

Maybe they'd put us under while we were distracted by the Old Winchester dumplings - little throw cushions of rich gouda-style cheese with a salty crunch, crisped up on their belly and brightened with a herb and hazelnut pesto. Caramelised cauliflower is all well and good, the thin-sliced cross sections not so much. I’m trying to eat my tea, not be reminded of Gunther von Hagens dissecting a lung.

Some dishes, like Whitby crab, ponzu and peas, are no more than the sum of their parts: great parts, but at £6.50 for a couple of spoonfuls you want them finessed into something beyond a dainty pile. On the other hand, hot-smoked trout pate with pickled heritage beetroot don’t need anything besides focaccia prepared by somebody using good oil like it’s going out of fashion (it never will) to come into their own. 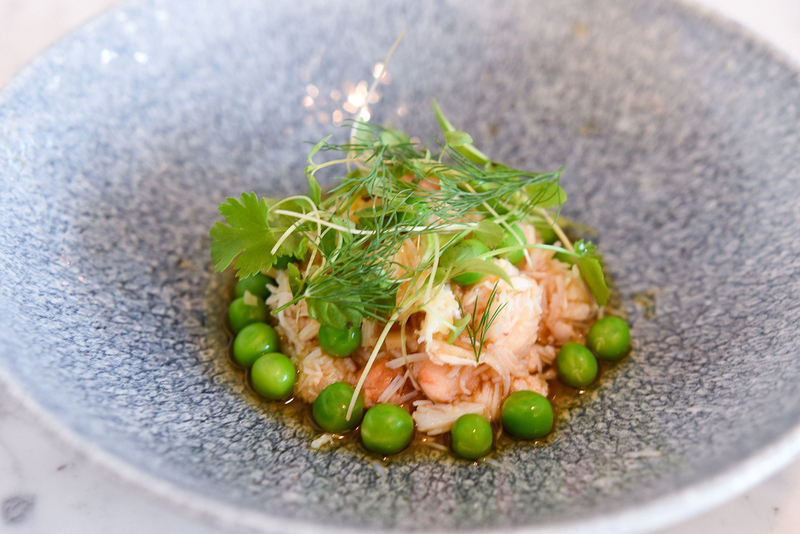 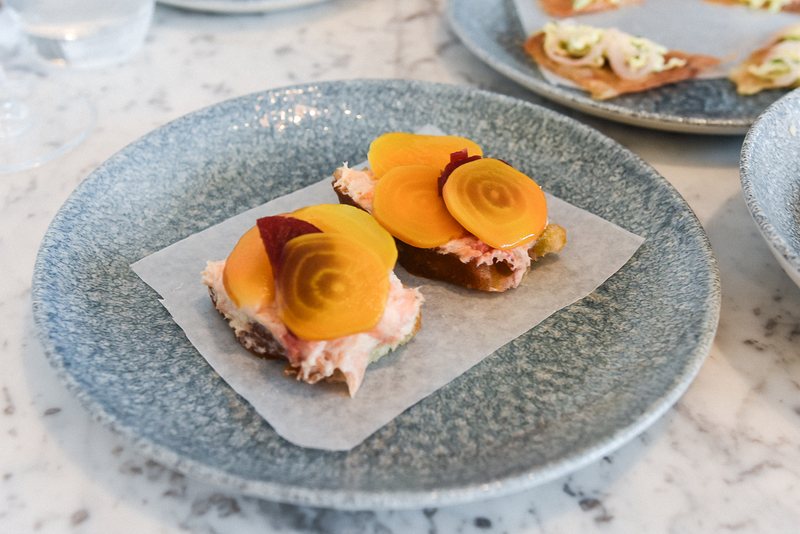 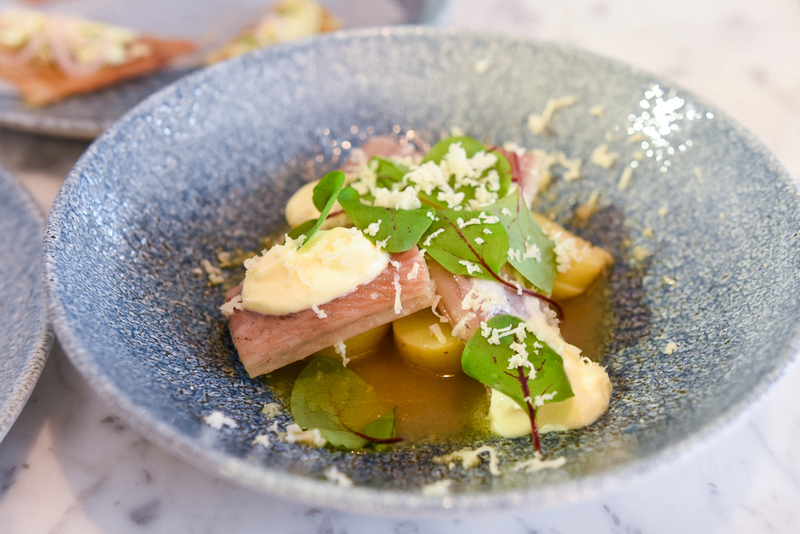 Thinking about it, Ham & Friends might be trying to stake a claim as the great seafood restaurant that Leeds doesn’t have: there’s mains of roast cod with a brandade deeper than the Mariana Trench, sea trout with potted shrimp butter, and steely smoked eel with ratte potatoes and flurry of horseradish.

The only “ham” on the menu comes in a rich and earthy blanquette of pigs cheeks and butter beans with caramelised jerusalem artichokes, and only the occasional pickled shiitake to jolt you out of provincial French farmhouse daydreams. 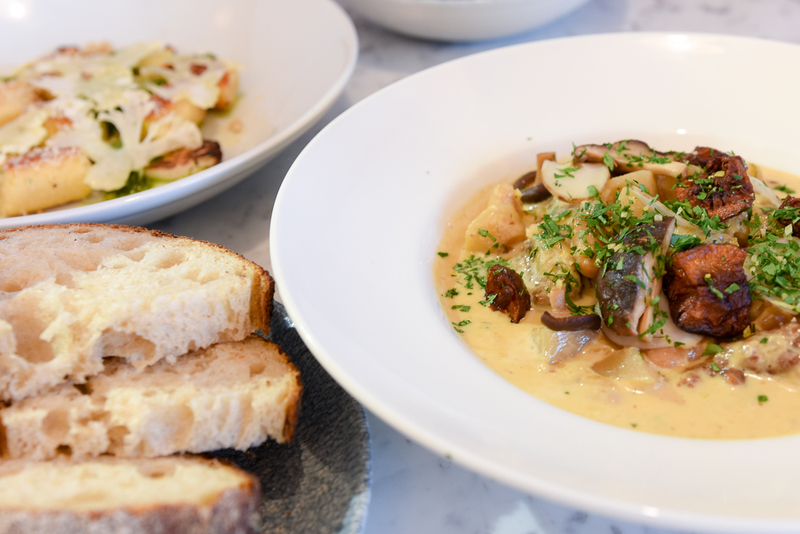 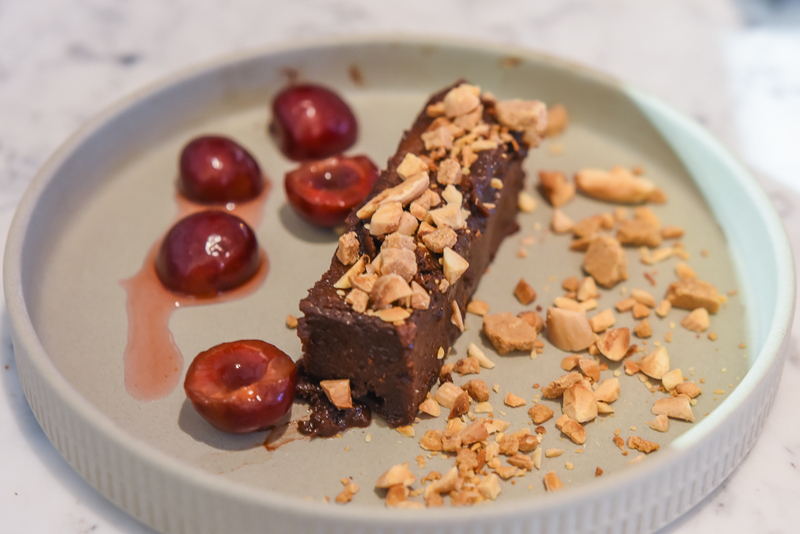 Desserts are a bit of a damp squib: putting strawberries or rhubarb on a plate with a combination of meringue, herb, and dairy is getting a bit boring now. The only actual pudding - baked chocolate - is fine, but charging seven quid for a slither of it is at best opportunism, at worst extortion. Still, I’ve got my salty negroni, and I’m happy, and I generally have been for the past...seriously, four hours? Have the clocks changed without us knowing or something?

I don’t expect artisanal-food-and-drink-microcosms to be the next big thing in Leeds ongoing cycle of trends - why bother when it’s easier to just nick something you’ve seen down the road? - but I wouldn’t mind one bit if it was.

For fans of: Friends of Ham, The Reliance, Swine That Dines, Noble Rot