North Leeds Food Festival: everything you need to know

The dust might have only just settled since the Leeds Food and Drink and Great Yorkshire Vegan Festivals earlier this month, but don’t put away your eating pants just yet because the North Leeds Food Festival is set to return this weekend.

Between June 30th and July 1st, Roundhay Park will be the setting for a showcase of the region’s best talent in food, drink and performing arts.

International flavours will be represented by a wide array of award winning street food exhibitors from the carnivorous York based Smokin’ Blues to Sunshine Street’s paella and wholesome vegan specialists Goody Gujarati.

“This is undoubtedly the best street food line up we have had, and it’s fantastic to have a wide selection of vegan dishes on the menu”, says Michael Johnston, Festival Director.

The popular artisan markets will take on a new form this year, with half of the market being in marquees, and half outdoors, featuring everything from classic pies to Peruvian Marinades.

“The artisan markets are where the real foodies can get stuck in,” adds Michael. “The quality of producers has really gone up a notch this year with some very exciting exhibitors.”

Staying hydrated in this current sunshine won’t be a problem thanks to the eight independently run bars on site manned by the likes of Ilkley Brewery, York-based Sloemotion, Thistly Cross Cider, Hunky Dory Procecco and Blackdog Wines and North Yorkshires Orchards of Husthwaite.

Over two dozen musicians and singers are scheduled to perform over the weekend, spanning a range of musical genre’s including a choir. There will also be a programme of live entertainment throughout the weekend including the Live Talks area, which is new for the 2018 festival. Experts on subjects such as food, nutrition, wellbeing and mental health will offer a series of talks and demos .

Top things to do in Leeds in June 2021
What you say
Got an account? Login, to comment/rant.
0 Opinions
Read Next
● / Shops/Markets 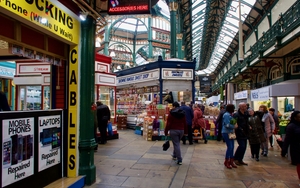 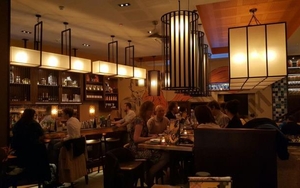 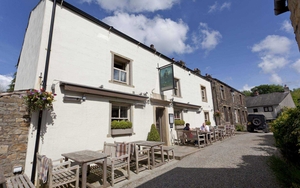 Richard Miller hankers after a stopover in the pubs and b&bs of the glorious North...

Head for the hills: Ten pub getaways across the North of England
Web Design Manchester MadeByShape