It’s been a tough year for independent businesses, and we’ve said sad goodbyes to several venues in Leeds and the surrounding areas. But that doesn’t mean that Leeds has ground to a halt completely. Quite the opposite, in fact, as a whole host of exciting new concepts have opened their doors over the last few months, with many more to come in 2021. As we emerge from our lockdown pits into (hopefully) a sustained period of sunshine and post-vaccination door handle licking, here are a few of the highlights waiting for you to check out.

Here is our round-up of what's opening on Leeds's bar and restaurant scene in June and beyond. 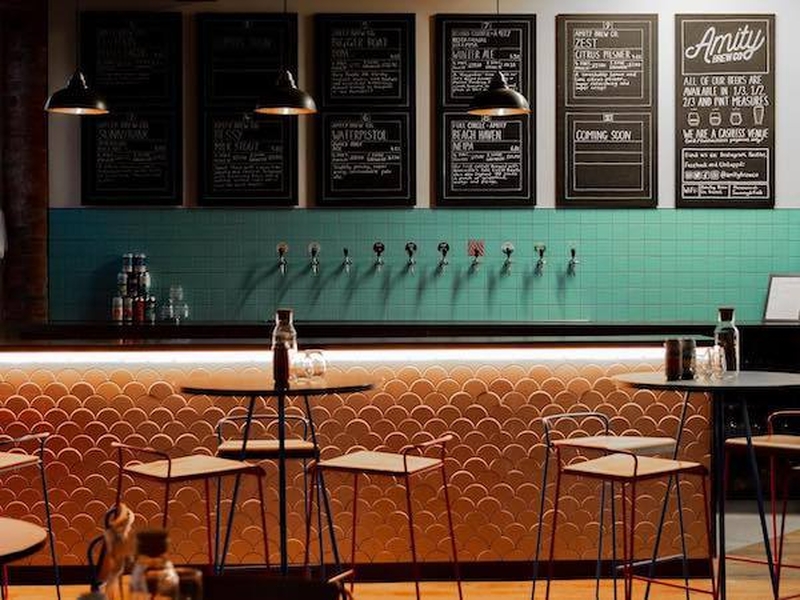 If you haven’t heard of Sunny Bank Mills, you need to do yourself a favour and, as the Pet Shop Boys say, Go West. Farsley is fast becoming a hotspot for food and drink and one of its newest arrivals, Amity Brew Co., is a great reason to investigate. What you’ll get is a choice of eight beers on the terrace of a 19-century mill (give Waterpistol a go, it’s a perfect whistle-wetter) as well as… well, I won’t spoil the surprise; you can read more later in this article. Suffice it to say, you won’t find yourself lacking in other eat and drinkeries within a few hundred yards either. 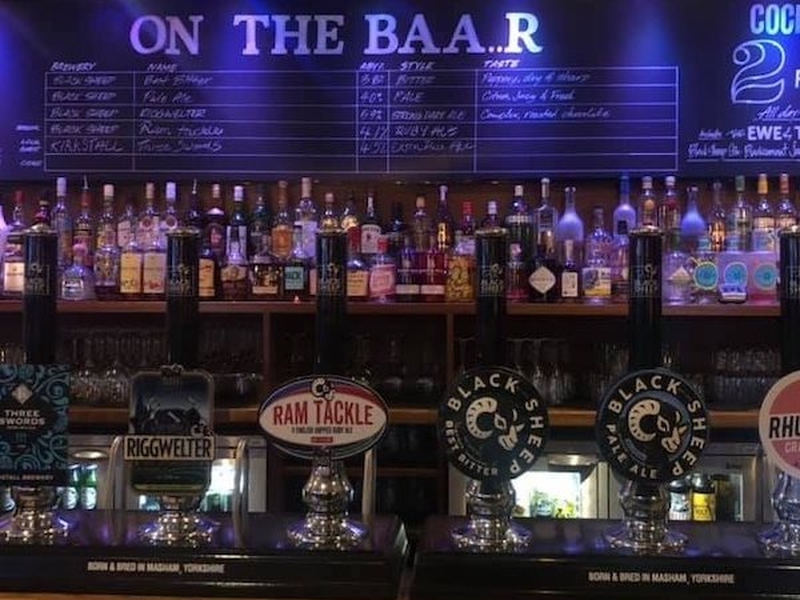 You’d be hard pushed to visit a real ale pub round these parts without finding a Black Sheep pump. Since 1992, Paul Theakston has been delighting bitter drinkers with a small but perfectly formed core range which includes the outstanding Riggwelter – a contender for my favourite ale of all time. Since acquiring York Brewery three years ago, they’ve been spreading their roots from Masham to a range of pubs in the area, but the new Black Sheep Tap & Kitchen is the first in Leeds. Proper beer, proper pub food. Steak and Riggwelter pie anyone?

New Briggate really is the gift that keeps on giving if you’re an enormous glutton like I am. So, it comes as no surprise that I’m quite taken by the kitchen-y feel that Brew York’s first Leeds bar has carefully put together. Your eyes are instantly drawn to the impressive bar with 20 beer lines but there’s so much more to look at, as their partnership with YUZU street food means you can take on extra liquid via the medium of ramen. Oh, and there’s a small beer garden that you can guarantee will be absolutely packed all summer. 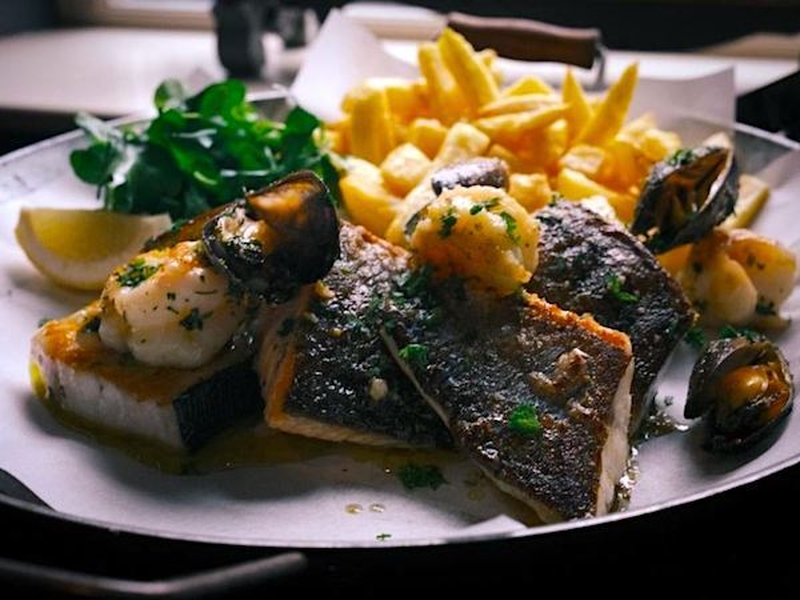 It might look like a modern seafood venue in a modern suburb, but the Catch Seafood story goes back 100 years, with current owner Lee Roberts’ great grandmother selling kippers out of her parlour window. Fast-forward a century and Catch now has five restaurants, with two recent openings in Leeds  – Headingley and Moortown. For me, the best seafood restaurants are always those that just serve you whatever has been caught that day on a massive plate and Catch obviously agrees – it’s £30 with chips. 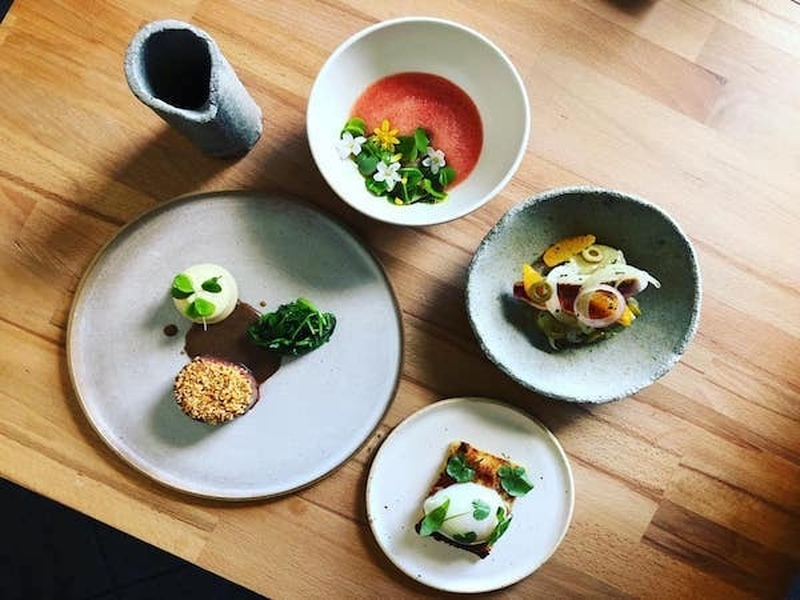 What: Chef Jono @ Vice and Virtue

More of a new head chef than a new venue, but big news all the same. A few months ago, Jono Hawthorne winked his way into the nation’s hearts on his way to the Masterchef: The Professionals final. Hay and ants? Mushroom tiramisu? You’re havin’ a laugh, ain’t ya? Well, Marcus Wareing didn’t think so and the good news is you can now try them for yourself by booking in for a tasting menu. Drinks pairing optional, open mind essential. 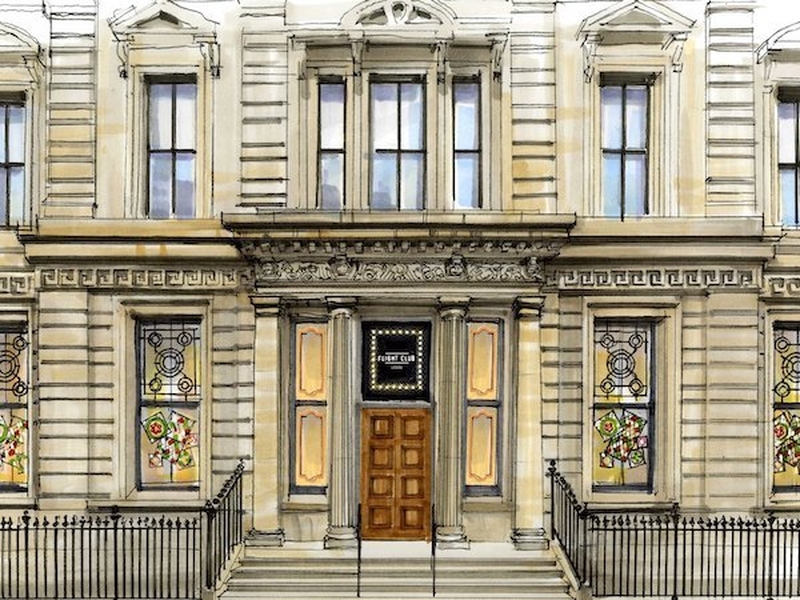 It might just be that social darts is the concept you never knew you needed in your life. Like karaoke but for darts, you can book an area with an oche, a board and seating and play with friends while enjoying a cocktail or three. There will be a range of multiplayer games, video replays, and personalised stories, so you can relive that time you lobbed an arrow straight through an open window. Flight Club opens on the 25 June, so you don’t have long to wait to test that throwing arm against your mates. 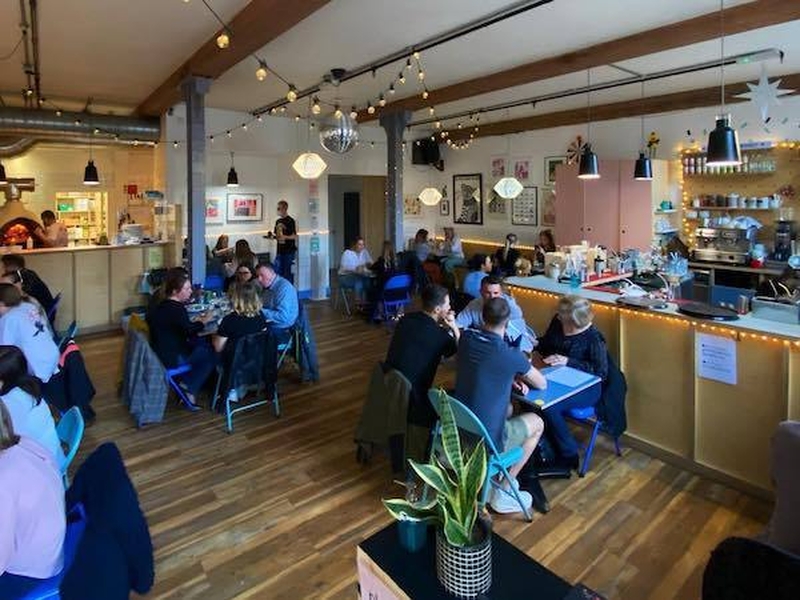 Back to Farsley, then! We’ve already mentioned Amity Brew Co, but Sunny Bank Mills is also home to the excellent Grumpy’s Pizza, which is opening a sister bar and burger joint called Saint Jude bang next door this summer. The drinks offering at Grumpy’s is already superb, so it makes good sense that it would expand into the bar scene. It just creates yet another reason to make Sunny Bank Mills your new favourite out-of-town destination. No opening date yet for this one – but you can follow progress on Instagram. 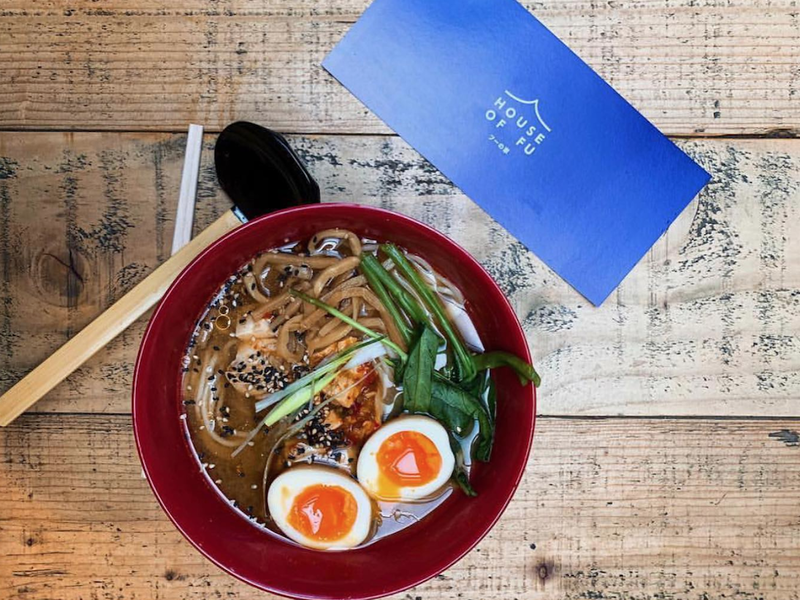 What: House of Fu

Possibly the longest-awaited restaurant ever? House of Fu is the restaurant that Ben Davy, the brains behind Ox Club, has been desperate to open for years – you might have had a sneak preview at one of his pop-ups. Rest assured, the noodles, gyoza and ramen will all be to die for. Now, the finishing touches are being added to the walls, so it must be opening really soon. Right? This is likely to be a queue-down-the-street affair as it’s become possibly the worst-kept secret in Leeds. I’d start checking the Instagram account every day if I were you.

What: Meat is Dead

Provocative name, simple concept: a completely plant-based venue opening on Kirkstall Road on the 16 June. Serving hot and cold drinks and bowls from 8am on weekdays, if veggie or vegan is your thing you'll be catered for from breakfast onwards. Everything (except perhaps the booze) has a health focus to it, so this might just be the ideal venue to help remove hangover guilt. The good news for those of you with severe FOMO is that the bookings system is up and running already, so you can secure your spot and see what all the fuss is about, stat. 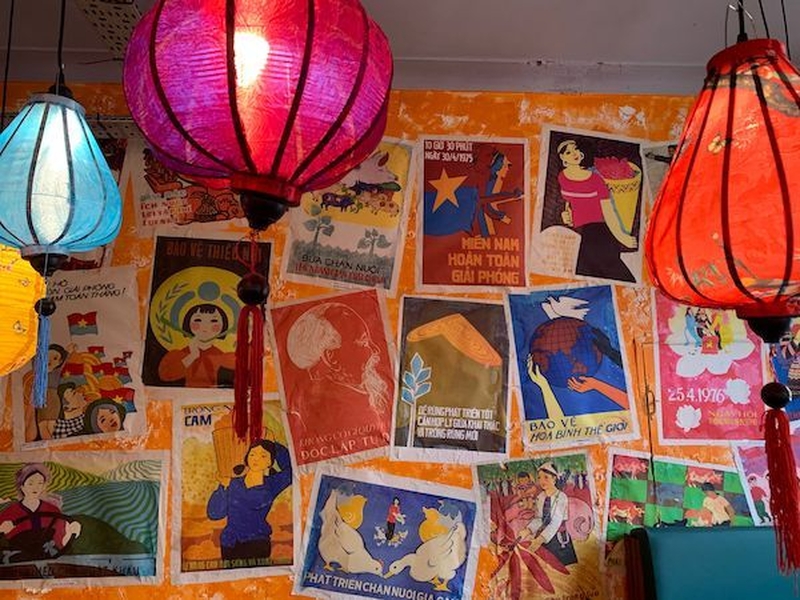 Sheffield-based Nam Song has made the jump to Leeds, opening its Vietnamese coffee shop and restaurant on 27 May. Jim and Melissa Rose discovered a passion for Vietnamese food on their gap year and haven’t looked back since. Bahn Mi, Pho and my favourite – Ca Phe Trung (egg coffee) – are all in attendance, as well as a selection of alcoholic beverages to accompany your food. It’s hard not to fall in love with the tastes and smells of Vietnam, so expect to be planning a second visit shortly after your first.

It’s back! It’s really back! If you’re of a certain age, you’ll have drunk and danced yourself into oblivion at Sandinista on more than one occasion. Ok, by the time it closed in 2016, I might have grown out of it a bit, but I’ll tell you what: absence makes the heart grow fonder and I can’t wait to grow down and explore a two-day hangover. Beer, cocktails and a dance floor. If it ain’t broke, don’t fix it (just don’t close it down again). Sandinista will reopen in June – follow the updates on Twitter by clicking the link below.

The long-awaited new home of North Brew Co’s operations is here and it’s bigger, bolder and beerier. Expect a rundown of North’s core range, including alcohol-free options and a couple of spare taps for negronis and Aperol spritz if you’ve bagged one of its outdoor tables. With Little Bao Boy in permanent residence, there’s plenty to snack on while you booze the day away and there was even rumour of a new burger unit a while back. It might look a bit off the beaten track on Google Maps, but it’s only a 25-minute stroll from the top of town (or a short cab ride) so you’ve got no excuse really.

Read next: Time to get Alfresco: An A to Z of outdoor drinking and dining in Leeds