Mabgate: A Thriving Cultural Hub To Keep To Yourself

AS A CITY, Leeds has seen a hive of development and rejuvenation schemes fall into the pipeline. Money is being ploughed into projects like Victoria Gate and put towards sprucing up the “South Bank” of Leeds, (a term I’m sure that nobody outside of council boardrooms has ever used to describe the area.)

the innovative, the entrepreneurial, and the visionary have swooped in to take advantage of the space

Originally housing a series of woolen mills in the 18th century, Mabgate was a community dense with industry and houses for workers. Once a booming industrial area, like in most other places in the UK, increased overseas competition in the industrial sector slowly saw its decline.I’m can't argue that major investments -bringing with them opportunities, business, and a certain intangible buzz - are good news for the city, but it isn’t these shiny, new-spangled builds and proposed green spaces which grab my attention; it’s the progression of an area that, to outsiders, may look forgotten or left behind which offers the most exciting and creative prospects in the city centre.

Today the area is much like a rescue dog; looking a little rough around the edges and down on its luck, but full of character, and still capable of bringing a smile to many faces with some TLC from the right owners.

From art galleries and artist studios to gig venues and event spaces, from dance studios to social enterprises, the innovative, the entrepreneurial, and the visionary have swooped in to take advantage of the available space, not to mention some of the lowest rents in the city centre. This clan have brought with them a DIY attitude and infectious positivity which has transformed the area into a cultural destination.

Khadija Ibrahim at Temple of Boom

Like many, my introduction to the area came from a night enjoying one of the best sound systems in the city at Cosmic Slop; a night which brings together serious DJ credentials and appreciative crowds to help raise money for MAP, a charity offering music and arts education for teenagers.  I was taken by a much-cooler friend, but later took the time to venture a little further than the doors of Hope House, and was rewarded with a cornucopia of independents, concepts, and projects which treat mind, body and soul.

In this small area I’ve danced like nobody was watching in tropical surroundings and attended magazine launches at Studio 24, been taught to repair a bike at the Pedallers’ Arms, uncovered talented local artists at Lady Beck, taken pole dance lessons at Leeds Dance Studio, and watched a naked lady carving a roast chicken strapped to her body at Live Art Bistro.

How many other LS postcodes can boast such an eclectic offering of experiences?

Paint by Number Launch at Studio 24

As much as I love Mabgate and want others to enjoy it too, I live in fear of gentrification sweeping in, raising the cost of rent and driving out the life-force that made the area great in the first place.

Its history and unique character - which were recognised back in a 2007 Leeds Council Mabgate Development Framework - have so far saved the area from the threat of bulldozers and building works, but the community who call Mabgate home are feeling a certain unease about the not-too-distant future of the area.

Speaking with one of the Mabgate tenants, it’s clear that they’re starting to feel the squeeze, but it’s positive to hear that there are already plans forming to make their futures more secure. The aforementioned charity MAP is hoping to club together with others in the area to buy their current base, Hope House, making them a permanent feature.

Mabgate’s organically-nurtured environment and community of creativity should be just as recognised for “bettering” Leeds as any high-investment new build, and it deserves your support - use the facilities, attend their events, and have some weird but seriously wonderful experiences. Let’s just not tell too many people about it… 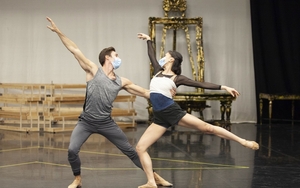