Crossgates is on the rise. Anja Madhvani meets the couple behind the latest addition to the neighbourhood

This cosy cafe and bottle shop has been heartily welcomed by locals and already has a loyal following. It’s easy to see why.

It’s warm and homely, each person to step over the threshold receives a friendly welcome from owners Matt and Steph. Furniture is mismatched, thriftily sourced from charity shops and second hand stores. Some merry drunk monks smile down on punters from the picture rail, and the dark blue decor and candles make for a cosy atmosphere. There are also some special touches from Curiosity Allotment; a large reclaimed bookshelf and unassuming bar front. Dogs are also welcome, it just gets better and better. 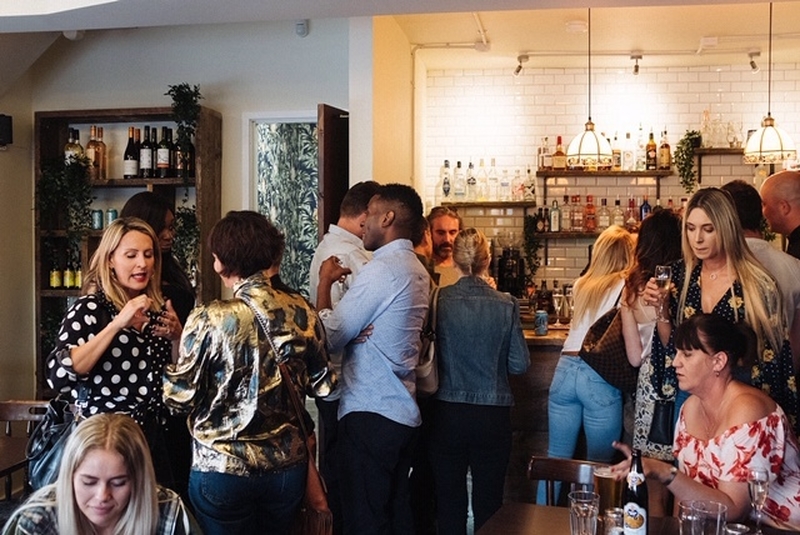 Husband and wife team Matt and Steph opened the bar just a few weeks ago. Together, they are a dream team, with Matt a veteran of Call Lane – notching up fifteen years of service and management - and Steph a PR wizard. Steph has worked with fashion and retail brands, as well as Harvey Nichols for food and drink.

The couple considered sites in the city, but were worried that the scene was becoming oversaturated. When they saw this site in their own neighbourhood, they recognised an opportunity to bring something special to the local area. 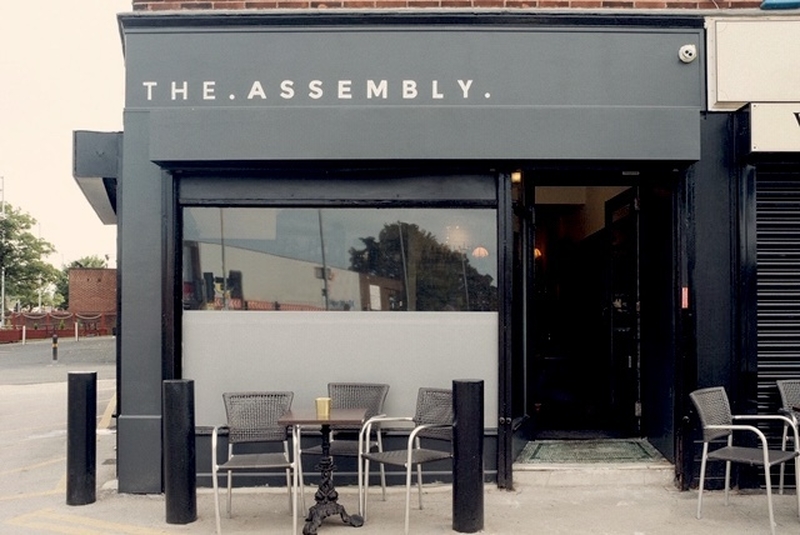 Steph explained what drew them to Crossgates. "We felt ambitious and it was just the right time. It was simple really, we wanted to create a bar that we wanted to drink in. We looked at venues in some of the more popular suburbs, but something pulled us back here. Not many people know about Crossgates but it’s about time they did, we want to put this part of Leeds on the map.

“Temple Newsam is five minutes away, and we’re really close to the train station, it’s easy to get here from the city. There are building projects in the area, a shopping centre, and housing prices are slowly creeping up. Crossgates is on the rise. Matt was born and raised here, and we live just around the corner. It feels really great to be bringing something to our own neighbourhood.’ 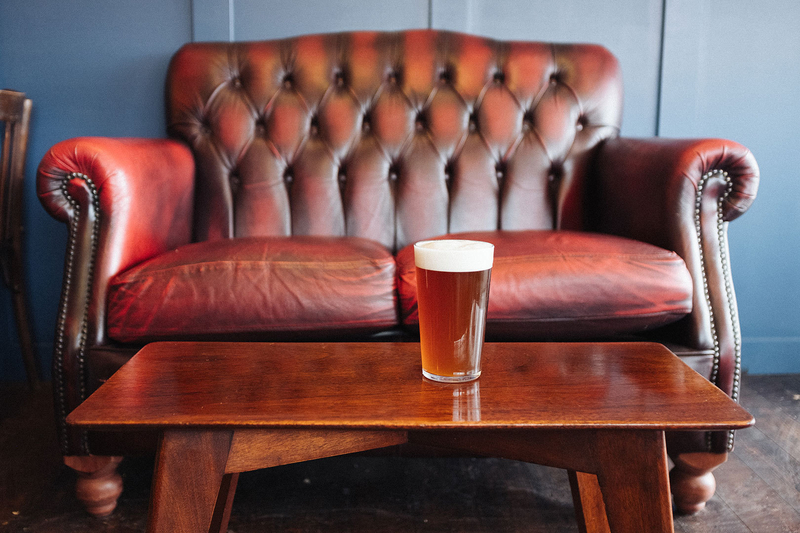 During the day, The Assembly plays host to local parents, people wanting to get a bit of work done away from the office, and friends catching up. They serve coffee from Leodis Coffee and cakes from Hannah’s Kitchen.

Steph is proud to be sourcing local independent suppliers. "We aren’t restaurateurs, but we love food and we want to let the produce speak for itself. We work hard to source our suppliers. Lishman’s Of Ilkley do all our charcuterie and Wilson’s Butchers supply our pork pies. George and Joseph have put together a fantastic Yorkshire Cheeseboard for us, and bread comes from Leeds Bread Co-op and Wildcraft Bakery. Part of the reason we called the bar The Assembly is because the word means ‘a group of people gathered together in a place for a common purpose’, we apply that to our suppliers, our customers, and the people that we collaborate with. We don’t have a kitchen, we serve simple quality produce, we don’t want to hide behind any gimmicks." 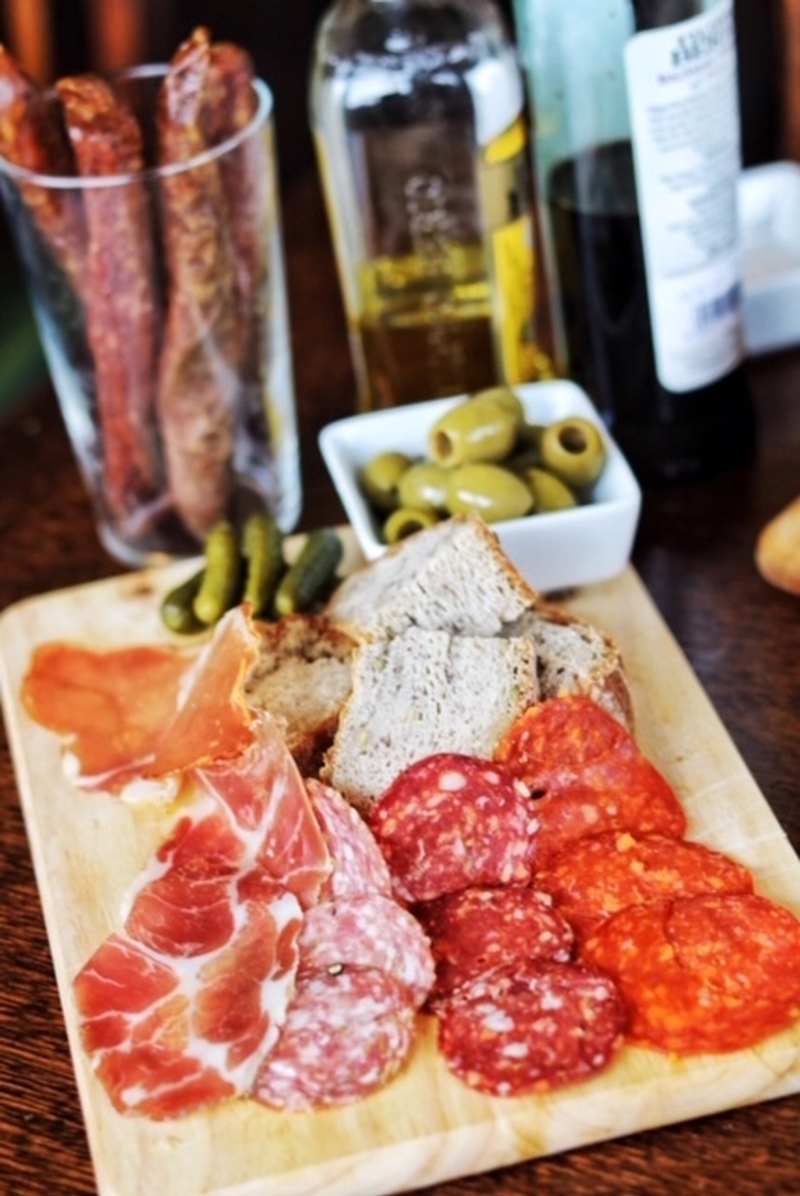 Matt has created a carefully crafted list of beers, from the likes of Magic Rock, Northern Monk, and North Brewing Co. The rest of the drinks offering is also well curated, with a generous but not excessive selection of spirits, wines and soft drinks. Matt has given a lot of thought to this:

"We haven’t got a lot of space so we curate our drinks menu carefully to make sure it’s varied but not overwhelming. We try to change up the draught beer regularly so there is always something new to try, and we also sell bottles to take out." 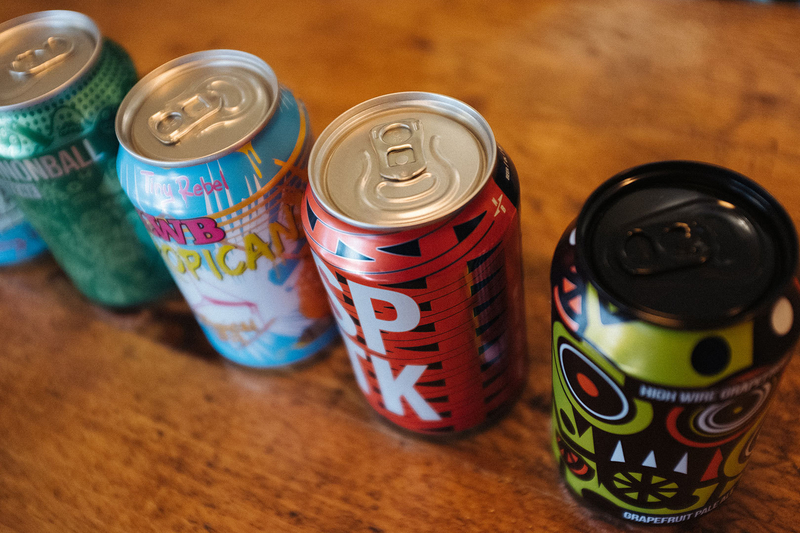 The couple aim to host some collaborative events in the future, working with local chefs to create unique dining experiences. But for now, they have more than enough on their hands, with an ever growing family of regulars, and their first baby due at any moment. Nothing like a challenge…

It’s a small space, just this floor. But as we chat it’s great to observe people sharing tables and getting to know one another. This bar really delivers on its mission statement, to bring people together for a common purpose. It is genuine and modest, a great suburban bar for locals, and a welcome escape for city centre dwellers. The Assembly has an old soul, If you’d never visited before you’d assume it had been here for years, such is the nature of this intimate and understated neighbourhood bar.

Update: Matt and Steph have welcomed baby Cassius into the world. A hearty congratulations from all of the team here.