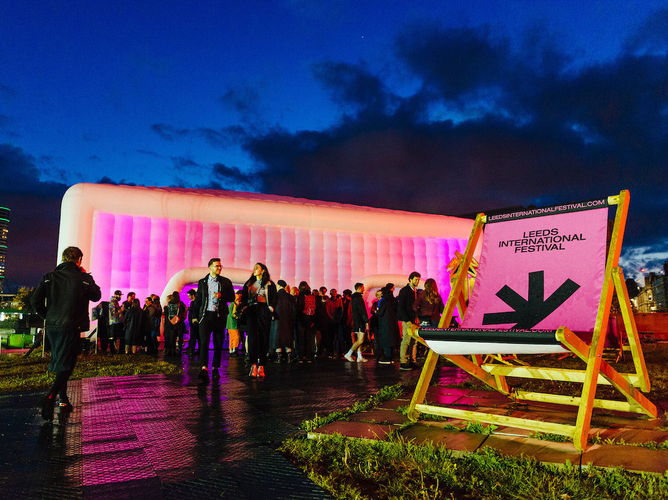 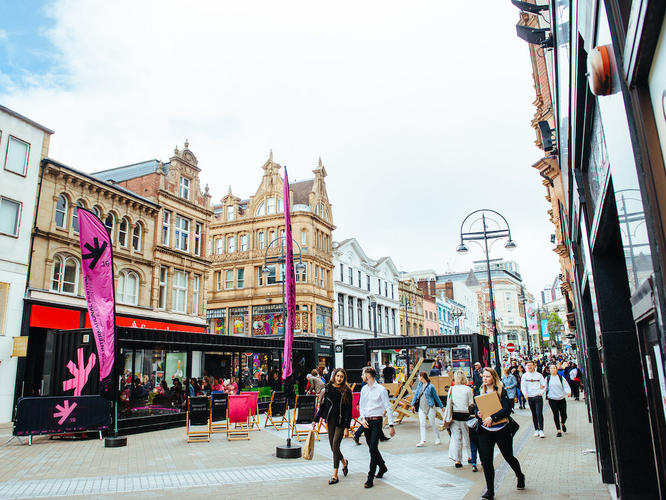 From Frank Bruno to Matt Haig, six events we loved at its most exciting year yet

Another year, another Leeds International Festival. Three years in, you might think you know what to expect…but then they drop in a giant inflatable cube and change the game once more, creating a multi-venue event that is truly growing into its own name.

With diversity at the top of the roster, the adage of ‘something for everyone’ was in full force, from late-night raves to family fundays via virtual reality and sporting success. Here are our highlights…

Spanning African jewellery stalls to Caribbean food and more, BlaqueExplosion gave a voice to Leeds’ Afro-Caribbean community that’s normally but a whisper outside of Carnival month. Chaired by Jojo of Capital Radio, the panel of Frank Bruno, Jermaine Jackman and Graft was at times heated, but always dissolved back into a jovial atmosphere that felt educational, paving the way for an evening of live performances. The highlight? Easily a performance from reggae legend Macka B, detailing the joys of medical marijuana and the vegan diet with humour and crowd participation.

Those who have used the internet in an attempt to discover mindfulness or anxiety cures will most likely have heard of author Matt Haig, but few will have experienced the calm that comes from hearing his words live. Speaking as part of the What it Means to be Human series, Haig’s talks fell somewhere between academic lecture and self-deprecating stand-up, with excerpts from his books and insight into why he feels the modern world is set up to make us even more nervous than before.

From health trackers to social media stats, he occasionally painted a fairly one-sided picture (and a jibe against Kim & Kanye felt a little counterproductive considering Kanye’s own mental health struggles). Generally, though, his brave frankness on the subject was refreshing - and a compelling entry-level education for those trying to get a grasp on their own mental wellbeing.

A feast of over 100 acts across nearly all of Leeds’ major venues, LAL’s 2019 line-up was slightly lacking in the usual heavy hitters, but made for a much more relaxed and enjoyable day; the perfect opportunity to discover new acts rather than queuing endlessly for household names. Talented up-and-comers included Beabadoobee - who quelled the noise of early evening at The Social with her whimsical, endearing acoustic guitar - and Sports Team, who caused something of a noise complaint during their secret set on Briggate, and then again during a later showing at The Wardrobe.

As part of the Discovery Zone’s roster of smaller community events, Leeds Briggate saw the launch of a new zine edited by one of the city’s many talented, attractive and endlessly modest creatives (yeah alright, it was me).

All jests aside, LIF created the perfect backdrop to celebrate the 31 Person Of Colour creatives who came together to form Pennycress; a new anthology celebrating art, poetry, photography and the written word, all challenged by the question ‘So where are you really from?’ Teamed with a panel who discussed the need for inclusivity, the stigmas facing black and ethnic minority creatives and more general topics surrounding racial awareness, a sense of real camaraderie was present amongst attendees of all colours, races and backgrounds; creating conversations that were at once difficult but highly enlightening. Limited free copies will be available across city venues soon, or purchasable online from www.pennycress.co.uk.

All That Lives feasts

The culmination of two weeks of outreach events that sought to challenge western ideas of death culture, the colour and positivity of Mexico that came to Merrion Street was difficult not to feel moved by. As part of The Grief Series, acclaimed artists of Leeds and Mexico united to share their Day of The Dead celebrations with a set menu, plenty of mezcal and the opportunity for visitors to present their own tributes to a lost loved one. The range of emotions displayed was truly something, and a comforting reminding that those who are remembered can never truly be gone.

Usually confined to the first Sunday of the month at Sela Bar, The Sunday Practice took to the stage at the LIF Cube for a lively showcase of exactly why their event is such an enduring success. The Purple Lychee Collective played their signature house; poets delivered rousing, evocative work; and a panel on sound system culture followed, taking older audience members right back to the seventies (not to mention giving the younger ones an education in just how far grime, hip-hop and R&B culture have come). Coinciding with a serious day of sunshine, it was the perfect final event, heralding a summer of festival fun.