THE northern heat of the 2018 British Street Food Awards (BSFAs) will return to Leeds Dock on the weekend of 23-24 June.

Launched in 2009, the British Street Food Awards is all about recognising the best of the 10,000 new food heroes who regularly sell food on Britain’s streets. Twenty of the region’s best traders will battle it out for the opportunity to represent Britain in the European finals.

The winners of the Leeds weekend will join the four other regional winners from across the UK at the national finals, to be held in September in London. In turn, the victorious UK street food trader from the national heat will then go on to represent Britain in the European Street Food Awards finals in Berlin.

The North’s best street food will be decided in Leeds by public vote, via free tasters offered as part of the awards new ‘mad minute’ initiative, allowing visitors to try a bit of everything before deciding where to put their cross. Competing traders will also be judged by top chef Jamie Clinton from the Shears Yard, with more judges names to be announced. 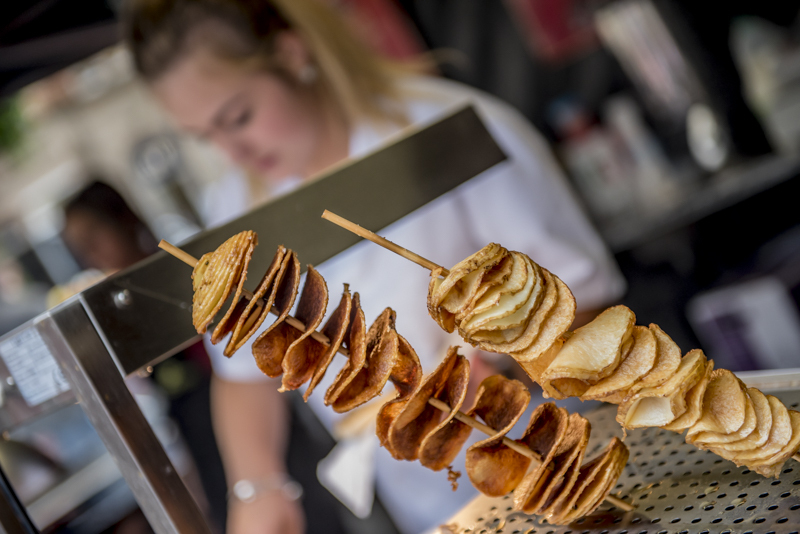 “Street food is taking over the world”, says Richard Johnson, founder of the BSFAs. “We are choosing to eat in different ways. We don’t want a fixed starter, main course and dessert menu any more – we want a bit of this and a bit of that. It’s flirty, low-commitment dining, and it’s why pop-ups and street food have become so popular. Street food is making the world a much nicer place to be.”

Alex Webb, Placemaker for Allied London, commented, “Leeds Dock is excited to welcome back the BSFAs for the third year running. Our location provides the perfect backdrop for this great community event, bringing some of the finest street traders from the UK To Leeds.”

Has lockdown decimated your recipe repertoire? Get some fresh ideas.
● / Travel

Tuk tuks, tiles and gastronomy galore - An Iberian Escape to Portugal
What you say
Got an account? Login, to comment/rant.
0 Opinions
Read Next