It’s 2019, and sometimes the world can feel fragile. We’re distanced by technology, divided by politics, driven by consumerism and disillusioned by how fast it’s all changing. But even in a world filled with uncertainty and inequality, there’s one resource that puts us all on the same page: time.

We’ve got a model, and we want to see if it can make things happen.

Everyone’s days contain the same amount of hours and, thanks to the diversity of the human race, we all have different skills and specialisms to fill them with. It’s this basic truth - coupled with worries about how artists might survive in a late capitalist future - that fuels Leeds Creative Timebank, a socially sustainable model using time as a currency to exchange skills and knowledge.

The Timebank is open to anyone of any creative (in the broadest sense of the word) skillset, and facilitates informal time transactions between its members based on who needs what, and who has what to offer. Started ten years ago, the organisation has a growing membership of over 180 creatives from across Leeds; all trading their skills via a simple ‘one-hour-equals-one-hour’ system.

“It’s about creating alternative economy,” says Garry Barker, a member of the Timebank’s seven-strong management group, “a gift economy where people create closer friendships because they help each other.”

‘Gift economy’ principles run through the fabric of the Timebank, centring on bringing communities together through a willingness to give time and help someone out. “The idea of the gift economy is that it grows like a reward,” Garry tells me. “It isn’t just a transaction, it’s a heartfelt appreciation that builds up your social capital within the community.”

The premise is simple - spend an hour doing something for someone, and trade it in for an hour of someone else’s skilful time. “Whether you give an hour loading some work in the back of a car, or an hour in terms of legal advice, it’s the same,” says Garry, highlighting the diversity of skills the Timebank sees as ‘creative’.

New members go through an induction process, during which they’re introduced to other creatives and taken through the history and ethics of the Timebank. Then, their skills are identified and added to the database, through which the organisation’s three ‘time brokers’ can match people based on their goals.

It’s this simple system - underpinned by a firm ethical focus - that’s crucial to the Timebank’s quiet success so far. “Ethics are very important,’ says Garry. “We’re not in the business of creating models for cheap labour – we want new members to come forward if they feel they want to be part of a creative community based on mutual support between individuals.”

As we talk, it’s clear that this organisation is about more than just a creative exchange system. Its ambitions stretch to strengthening the social economy in Leeds - giving creative individuals and groups the network they need to keep doing the work they love.

“We’ve developed and cemented a lot of relationships across the creative sector,” Garry tells me. “We’ve found quite a lot of creatives get lonely, so some transactions are just one creative meeting another, just to talk about work. Those transactions are at the core of any creative activity.”

As the Timebank enters its tenth year, the focus is increasingly on supporting creative collaboration; that, and moving with the times as younger members join and the need for a more prominent social presence grows.

“We’re moving from being something that helps people on a one-to-one basis, to something that stimulates creativity and builds up networks of creatives across different types of disciplines,” Garry continues, describing their last social ‘Light Bulb Moments’; an open workshop where members could pitch their ideas for others to collaborate on.

It went so well that they’re planning on running Light Bulb Moments workshops on a regular basis: “They’re not just socials, they’re moments when we can evolve – when members who are not part of the management group engage with us.”

So far, the entire Timebank network has developed by word of mouth. The organisation has never received funding (apart from a small Yorkshire Arts grant at its inception), and up until now has kept fairly quiet about what it does.

Now, as it begins to promote its work more actively, welcoming new people, considering different values, and encouraging its members to take part in its running, the group has clear potential to effect real change - practically, socially, creatively and economically, in Leeds and beyond.

“We’re at an exciting stage,” Garry finishes. “We feel like the groundwork has been done – we’ve got a model, and we want to see if it can make things happen.”

15 great things to do in Leeds this Christmas

15 great things to do in Leeds this Christmas 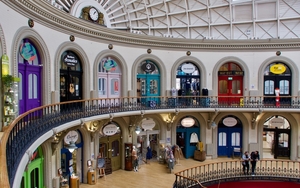 Seven of the best traders in Leeds Corn Exchange

Whether you're looking for a unusual gift or just a bite to eat, these are...

Seven of the best traders in Leeds Corn Exchange
● / Arts 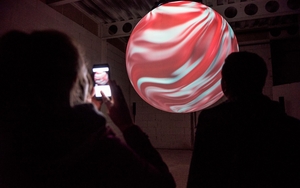 Expect 10 days of inspiration with performers, innovators, pioneers and thought-leaders 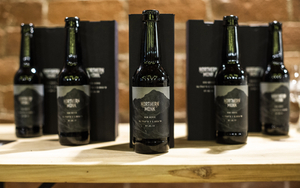 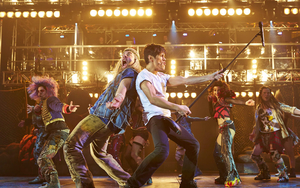