Staff aren’t exactly rude, but they're not friendly either, says Jenessa Williams

Everybody loves cats. Well, except dog people. And those that are allergic. And possibly those who hate joy. But for the most part, a café that involves interaction with tiny adorable feline friends seems like a winner, proving popular right across the country in various branches.

Leeds got it’s own slice of the Kitty Café action late last year, but having opened during the busy festive season, it was cat-egorically impossible to get a booking until March. With expectations high, how did our lunch date stack up?

Entering The Kitty Café feels akin to entering an Animal Shelter, with good reason. This is a highly drilled operation – there are guidelines to be read, forms to be signed, merchandise perused and a £6 welfare charge to be paid. Doors are kept highly monitored to protect cats from escaping, and presumably to make sure that any potential cat-nappers aren’t sneaking in without paying.

Although the £6 is pre-warned (and we obviously want our purr-y pals to be well cared for), it does feel a little steep when you realise the fee is per person, rather than party, putting an average family of five down by £30 before they’ve even sat down. 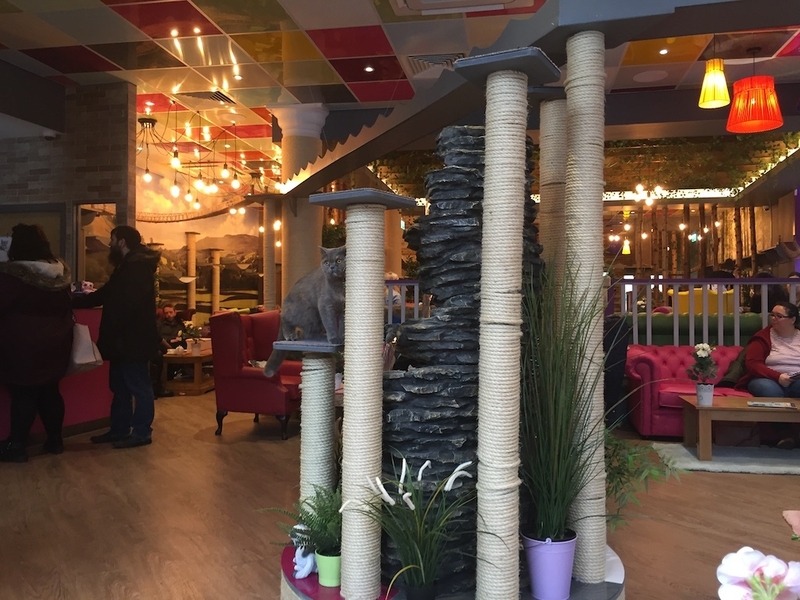 Luckily, the cats are downright adorable. Ranging from fluffy Persians to tiny frolicking Siamese kittens, it’s incredibly tempting to take advantage of the adoption scheme that is in place. It’s this which is The Kitty Café’s strongest asset; the ability to literally window shop for a potential pet, and interact with them before making any genuine commitment.

When it comes to hot refreshments, the menu is extensive, with most items hovering around the £2.95 mark - highly reasonable for the city centre. Naturally we aren’t expecting gastronomic levels of excellence from a place where food is clearly a second priority, and when it arrives, our entrees are perfectly serviceable.

A tomato and bacon pasta dish (£5.45) tastes about as good as one you knock up on a busy weeknight at home, and a carrot cake (£2.95) comes in a plentiful slice with tasty frosting, despite a distinct doughiness that suggests a hasty defrost. Nothing to blow your mind, but nothing to call trading standards about either.

Diabetics may want to steer clear of the Mocktail menu though – three sips of the ‘Cattitude’ drink (£2.95) prove plenty considering that is it clearly composed of ten parts sugar syrup to one part E-number. The same can’t be said for the tiny pot of milk that comes with my companion's tea. Within seconds of it hitting the table our new kitty pal has leapt up without warning and is lapping away at it in a manner that gets us swiftly scolded by staff – who knew cats were lactose intolerant?

It is this feeling of being watched that makes The Kitty Café feel more like visiting hour than a café experience. Staff aren’t exactly rude, but they are very, very busy, muttering urgently into Britney headsets and going to great pains to inform us of the time we have left at regular intervals. Anybody who dares to stroke a passing cat fpr too long is eyed with suspicion, and nobody is allowed to pick one up under any circumstances. Naturally, the animal’s welfare is the priority, but in a place designed to profit from our love of cats, it feels somewhat jarring: arrive, pet cat, spend money, replace.

As we are told it’s time to pay, nobody asks us how our experience was – instead, we’re thrust the card machine while the staff member barks into their headset “Table 2 Clear!”, like an elaborate American Football play. 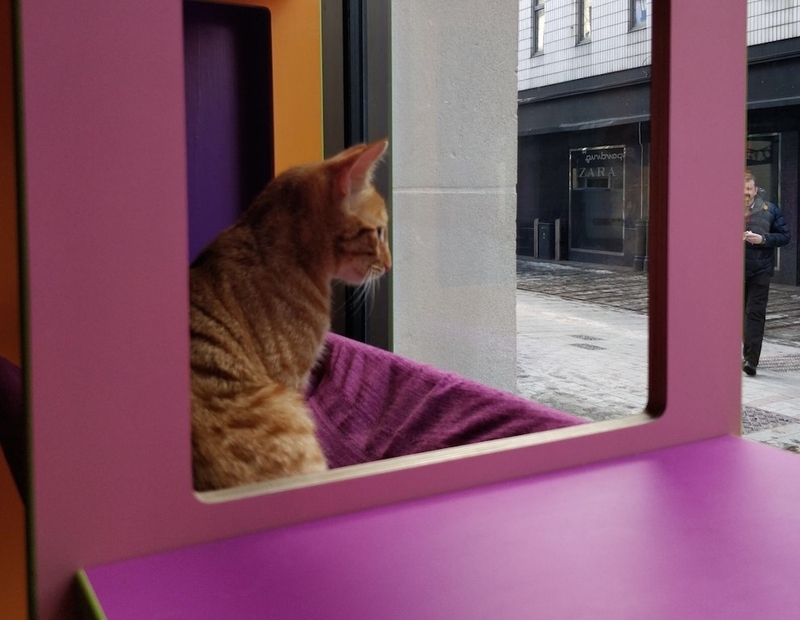 An overwhelmingly brief experience, The Kitty Café mimics the relationship one might have with their own beloved pet – sometimes it’s happy to have its belly rubbed, other times it’ll gladly give you the stink eye and sashay off with its tail flicking. While we weren’t necessarily expecting to make a new BFF inside an hour, the theme park-ness of it all feels a little troubling. Shoving cameras in sleeping cats faces, batting them away from your food – one has to wonder whether their experience is an entirely positive one.

Eat at home, then hit the cat shelter instead – it’s likely to be a more rewarding experience.

Alcohol-free drinks: what’s the point?
● / Things to Do 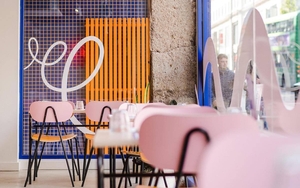