Is Rachel Reeves Holding Armley Back?

Last month, Armley Junk-tion – the flagship café and birthplace of environmental and global food waste behemoth The Real Junk Food Project – announced that it had taken the decision to close on weekends due to an alarming spike in antisocial behaviour around the café and its subsequent fears for staff, volunteer and customer safety.

To ‘solve’ Armley requires fight and drive  - why do that when you can simply pick fault with street drinkers and immigrants and the unemployed?

The news prompted supporters on social media to ask whether they’d been in touch with Leeds West MP Rachel Reeves - “It’s not an election year” someone sarcastically pointed out. Cynical, yes. Unhelpful? Possibly. Accurate? Seemingly so.

The dichotomy of an MP eliciting such ill will and overwhelming apathy in a seat so tightly held by her party and in an area almost porous with potential for improvement proves interesting. Is Rachel Reeves holding West Leeds back?

Reeves, an Oxbridge educated Labour MP and economist from Lewisham has held the Leeds West seat since 2010. Her predecessor was Labour stalwart John Battle, who sat atop for 23 years. A Labour safe seat if you’ve ever heard of one. Even with growing Conservative and UKIP voters at the last election, Reeves still won with a majority of 48%.

As proposals for boundary changes get bandied about, Reeves would still be fighting for some of the most problematic areas of the ward, potentially against Conservative MP for Pudsey, Horsforth & Aireborough, Stuart Andrews. Reeves seems to have the backing, if the figures are anything to go by, so why such a strong disengagement?

Could it be that many see her as a career politician, currently biding her time and waiting in the wings to glide out post-Corbyn back to front bench politics? Could it be her lack of common ground with her constituents? This is a woman whom let us not forget, on New Years Eve 2015 - as huge swathes of the public floundered around in fetid flood water trying to piece Kirkstall back together in the most stoic version of The Crystal Maze ever - took to her official parliamentary Facebook page to bemoan the service she had had in Marks & Spencer that day.

Yet Reeves is not without her merit: her work for the asbestos victims in Armley, her continued support for groups engaging with the elderly and the vulnerable. She’s clearly a highly astute and intelligent woman with huge potential within Labour, but that doesn’t necessarily warrant a good MP, or one suitable for an area such as this. 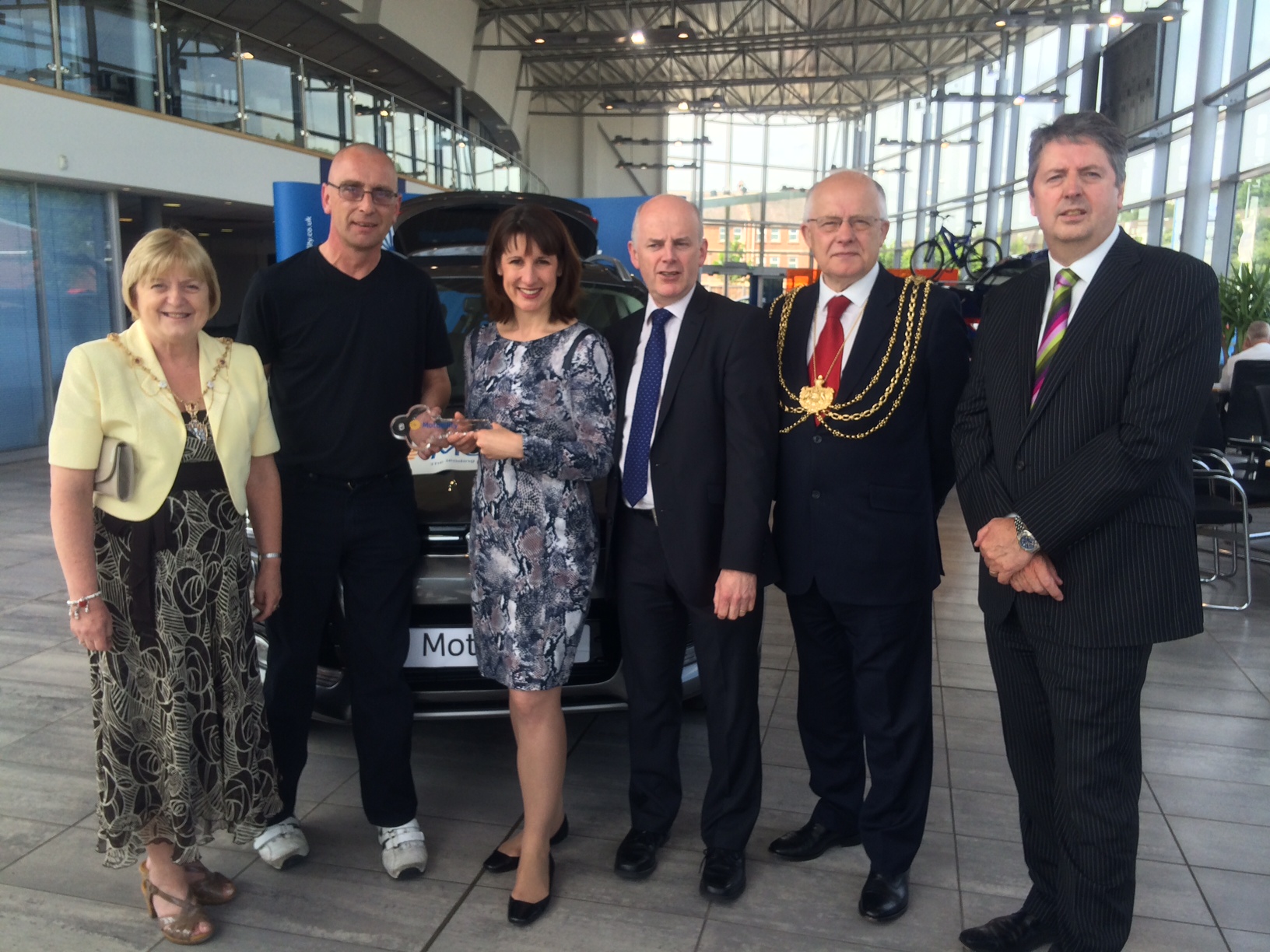 Not without merit: Reeves presents constituent with keys to Motability car

Armley is a case in point. Subsections of Armley house lost generations of ghosts, people who flit in and out of the system and society like shadows in the streetlights; in an area that is dishearteningly cementing itself as some sort of poverty purgatory – no one seems to know what the hell to do with it. Armley’s issues are not those which can be solved with a retail development scheme (despite the “it just needs a big supermarket!” cries) nor by the latest governmental swizz of a scheme that will be quickly forgotten in 6 months time.

To ‘solve’ Armley requires fight, and drive, and looking into the gaping wounds of our own social and moral compasses - but why do that when you can simply pick fault with street drinkers and immigrants and the unemployed?

At the 2016 Labour Party Conference, Rachel Reeves talked about how she felt the area was “a tinderbox” ready to ignite due to tensions in the area regarding immigration. Largely jeered by people in the community and found not to be representative. She had, they felt, underestimated the inclusivity and cohesion of day to day life.

Personally, it seemed like a passive-aggressive incitement of discourse; a pearl-clutching, hand-wringing embellishment of a narrative. All it did was move constituents further away from her view and her from theirs. Thus the disengagement grows, the divide widens and the hubris of opposing sides leaves the notion of positive action static, Got a problem? You might as well go talk to one of those novelty air dancers flapping about whilst you simultaneously smack yourself in the face and piss into the wind.

We currently stand on the precipice of something huge, socially and politically. An area like West Leeds needs a key presence, a force, an awakening. Despair and decline breed more fervently than positivity and I’m scared it’s drifting to the point of no return. It needs a champion, not a chastiser. It needs someone other than Rachel Reeves. Kerry Murphy