With vinyl sales surpassing CDS for the first time last year, it’s undoubtedly the medium of the moment. Here’s where to get your fill in Leeds… 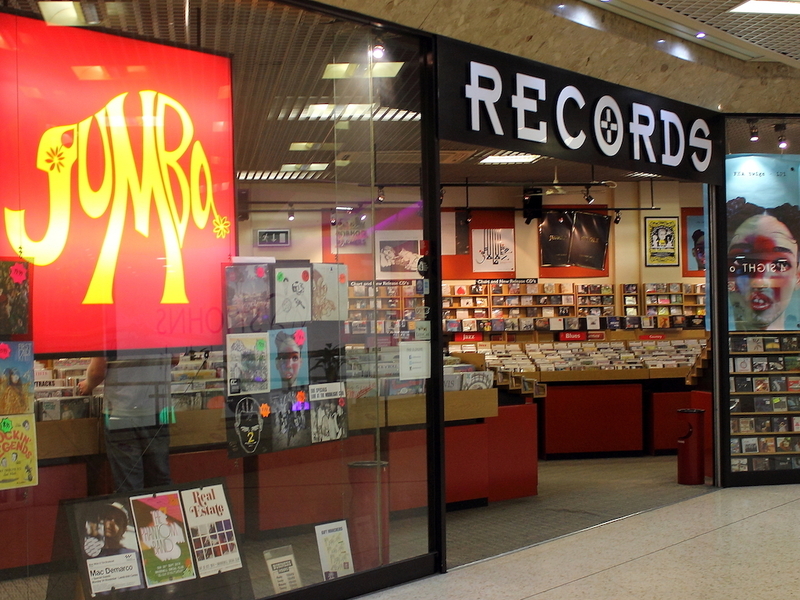 Born unto the Leeds music scene back in 1971, Jumbo has been faithfully serving the region since Rod Stewart had best-selling albums (that’s not a dig, Maggie May was the store’s first best-seller). After stints in the Queen’s Arcade and St John’s Centre, today you can find the independent on Merrion Street, where it offers a vast array of CDs, vinyl, books and local gig tickets - whatever your jam, Jumbo’s got your back. Music lovers through and through, the store and its staff are ‘fiercely committed to the region’s music scene,’ priding themselves on providing a connection point for local artists, promoters and fans. 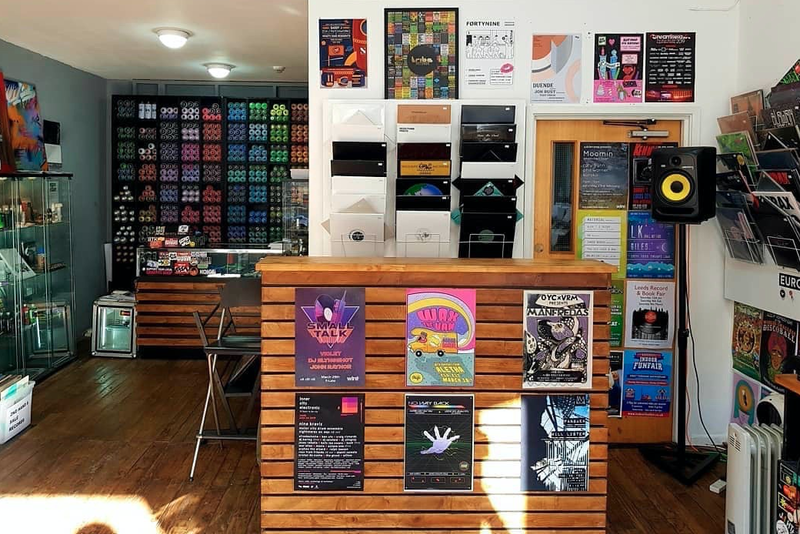 Dance music paradise and treasure trove for club-inspired genres, Tribe originally opened its doors in Leeds Corn Exchange in 1995. That original store was where Leeds institution, Subdub came to life - helping to cement the city’s reputation as one of the UK’s most innovative cities for electronic music. Today the store shares a venue with graffiti collective ArtOfficial; serving up a selection of house, techno, electro, disco, reggae, dubstep and beyond. If the music isn’t enough, Tribe also supports upcoming DJs, providing a platform for the dance music community. 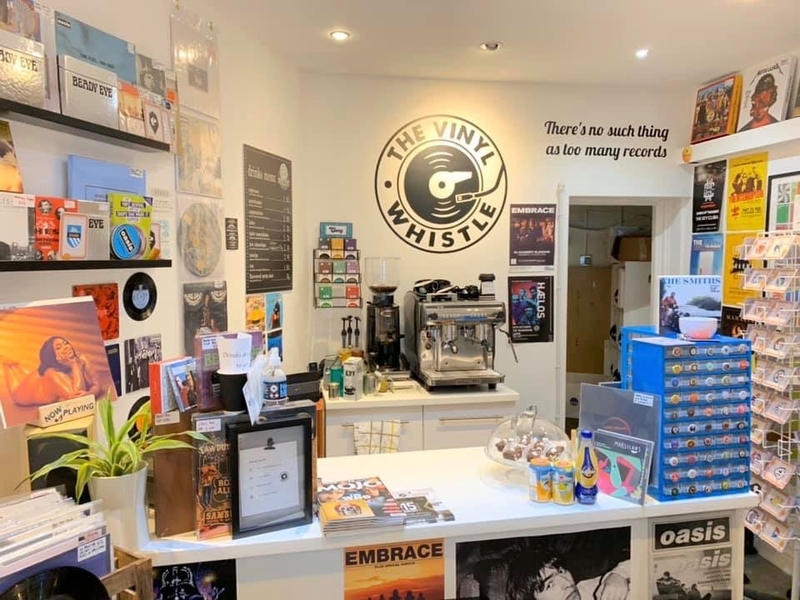 Inspired by the nostalgic thrill of buying your first record and saturated with a love of vinyl, The Vinyl Whistle is a café-come-record store on Headingley’s bustling high street. Owner (and Premier League referee) Jon Moss opened The Vinyl Whistle as a passion project earlier this year, and is generally on hand to chat music. With a constantly expanding selection of genres from grunge to dance, ska to folk, soul to hip hop, it’s the perfect place for a Saturday morning browse - with the promise of nearby coffee and cake making the offer all the more enticing. 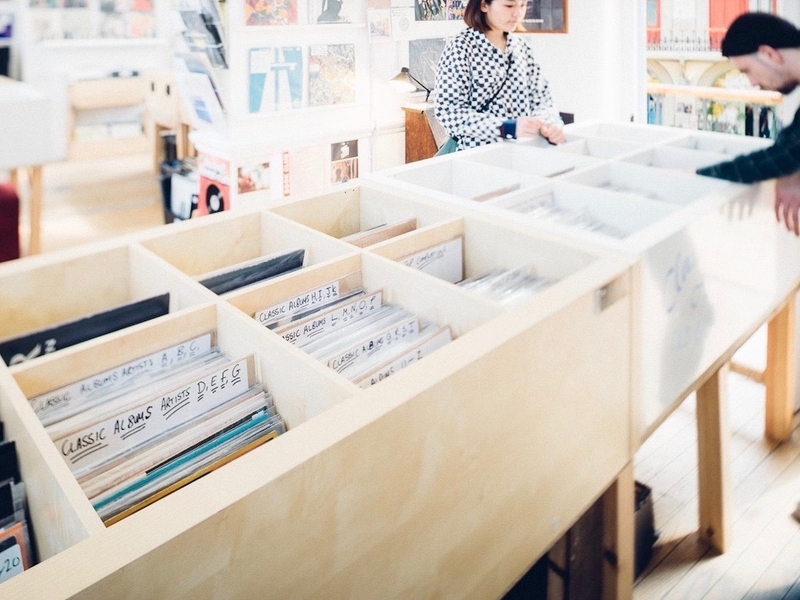 Independent label Released Records opened its physical home in Leeds Corn Exchange in 2015, bringing a selection of new and second-hand records - all in a relaxed, open atmosphere. The self-proclaimed ‘vinyl lounge’ occupies a typically light, airy space in Leeds’ most iconic circular building - welcoming shoppers to browse, read or just ‘hang out.’ The label focuses on electronic soul beats and hip hop, and you’ll find that and a whole lot more here – a great place to discover new music or peruse more eclectic discs. 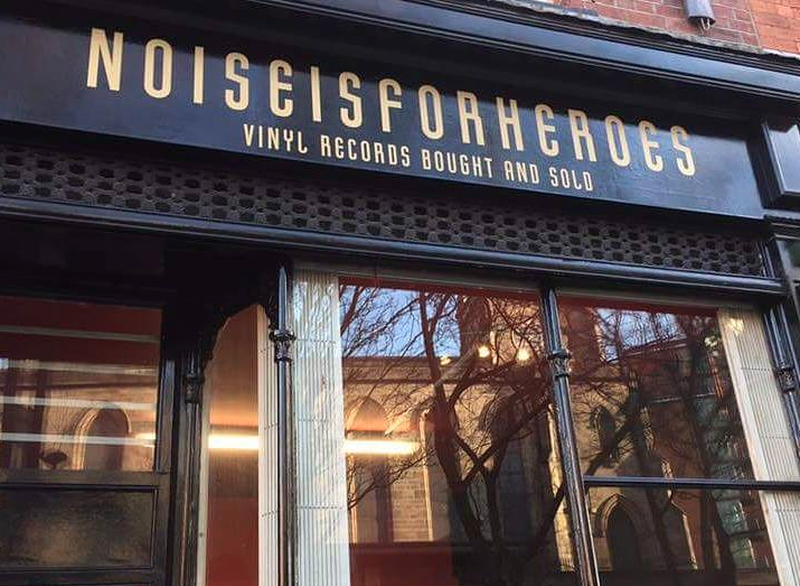 Great George Street’s lesser-known vinyl haunt opened in 2017, and offers a huge range of genres to browse. The racks boast everything from soul to club, indie to punk (you get the picture), as well as a range of records players and amps to add to (or start) your collection. Owner Chris Coulthard keeps the shelves stocked with a crazy mix of eclectic gems and well-known anthems and, more often than not, you’ll find him behind the counter to lend a hand as you peruse. 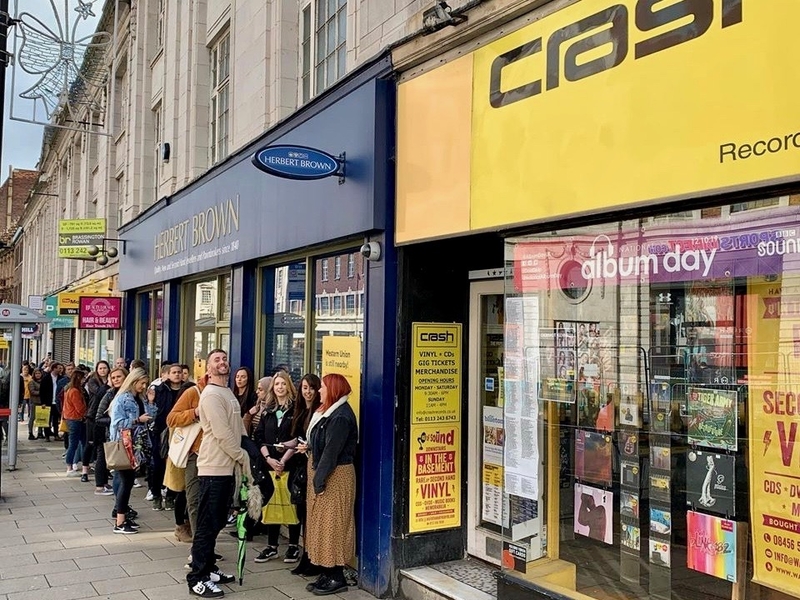 From humble beginnings on Woodhouse Lane over three decades ago, Crash Records has become a grandfather – or wise parent at least – of Leeds’ music scene. The wide range of indie, alternative and metal discs (both vinyl and CD) lining the shelves might just make Crash the smallest space in the world where losing yourself is a legitimate possibility. If it’s not vinyl you’re after, you’ll be here for a local gig ticket, which the store sells in abundance. If that wasn’t enough, there are super friendly staff who know their records like a second language, and even the odd instore gig and signing. What a treat.

Descend to the basement of Crash, and even more treasure lies in store. Wall of Sound was born in 1986, and has grown from market stall to shop – scaling the heights of Leeds, Dewsbury, Huddersfield, Barnsley, Halifax and Harrogate in the process. Since returning to Leeds in 2015, it has solidified its reputation as an expert of the vinyl trade, offering a diverse selection of second hand and rare records, CDs, books and memorabilia. With just about every genre to be found somewhere on the shelves and a friendly buy, sell and exchange process in place, Wall of Sound is an essential stop on your record tour of the city.