Five up and coming Leeds breweries

Simon Richardson devotes himself to some beer-ious research

It’s fair to say that craft beer is no secret – it hasn’t been for a while. Indeed, Leeds is perhaps the spiritual home of craft beer, with North Bar being the country’s oldest craft beer bar and Beer Ritz the oldest bottle shop. Now, North, Northern Monk and Kirkstall are flying the flag for Leeds around the country, selling vast quantities of beer. But they’re not the only ones; here are five exciting up-and-coming breweries to watch out for – and some of the delicious beers that they make. 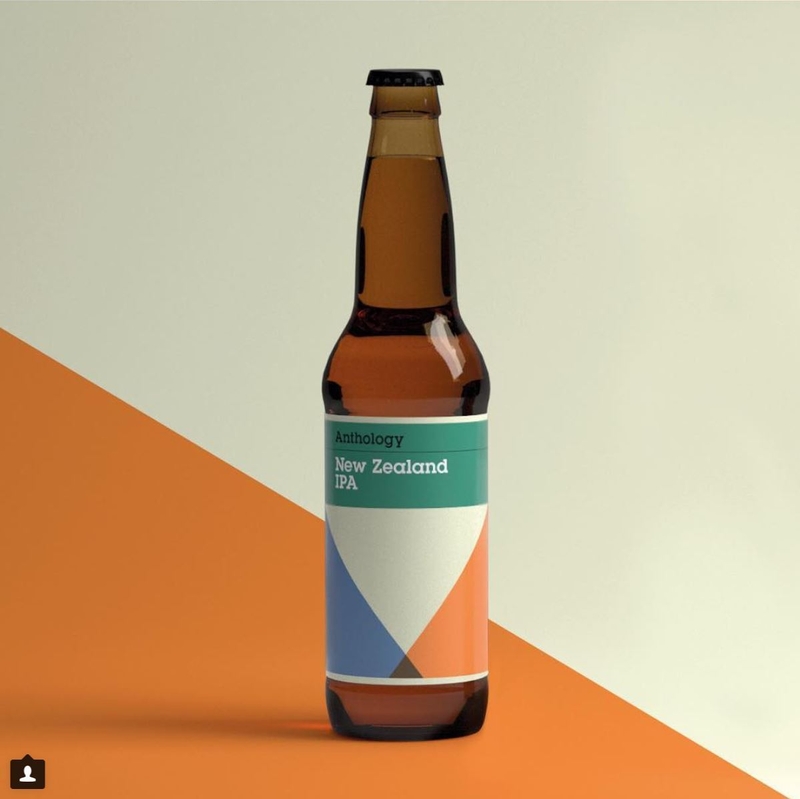 Set up and run by Liam Kane, Anthology specialise in hopped cask beers such as their New England Session Pale – a citra-hopped 3.8% easy-drinking take on a typical New England IPA. Liam studied music in Leeds, before learning brewing at Thornbridge and Vocation. Now, he takes his inspiration from the cask range of Wylam, and the growing reputation of Manchester’s Track Brewing Co. The name “Anthology” reflects the brewery’s ethos: no core range; instead a rotating, ever-expanding library of beers, some of which are due to hit the shelves in Headrow House, as well as having been on at Whitelocks, The Brudenell and The Social.

Anthology are running their first on-site tap room tasting event on 14th July, with plans to make it a regular event. And with a top-secret collaboration planned for Leeds Beer Week this summer, it’s an exciting time for this up-and-coming brewery – and for Armley. 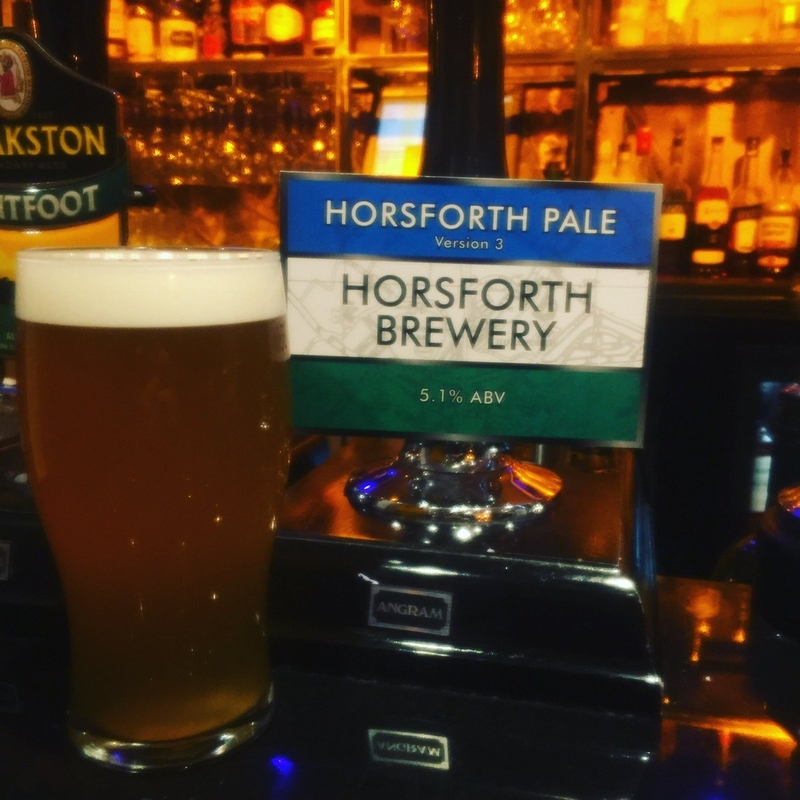 Mark Costello started home brewing back in 2013 and quickly identified a gap in the market for a brewery in Horsforth. He has been selling beer as Horsforth Brewery since August last year and now juggles the brewery with three days a week at his other job. He has just moved to EcoKegs as part of Horsforth’s ongoing expansion, which he hopes will emulate the recent success enjoyed by Wilde Child. Mark brews a mix of cask and keg beers, including Weiße Rose, which has pleasing banana notes and a variety of IPAs, rye ales and saisons.

You can find Horsforth Brewery beer at the suburb’s own Hop Shack, where they are hosting a tap takeover on 4th August, with four beers being showcased. In the city centre, you can also pop into Latitude and buy a bottle or three.

Nomadic were set up at the beginning of 2017 by Katie Marriott and Ross Nicholson, after they decided to leave the brewery they were working for. They’ve been brewing at the Fox and Newt ever since, but have secured a move to their own unit this year, with increased capacity to come. They brew a mix of cask and EcoKeg beers, focusing mainly on traditional British styles and their core range is vegetarian and vegan-friendly. Their light, citrussy pale ale at 3.8% is Katie’s current favourite, and you can find it – and their other beers – at Wapentake, Whitelocks and the Fox and Newt of course.

Nomadic are living up to their name lately, with upcoming meet the brewer events in Newcastle (July) and Brighton (October), but closer to home, they’ve got a beer and food pairing event planned with Wapentake for Leeds Beer Week.

Another great Fun Day as part of @meanwoodfestival is over. Sun, fun, and beer. Well done everybody! #soldout
A post shared by The Meanwood Brewery (@meanwoodbrewery) on May 28, 2018 at 11:35am PDT

Brothers Baz and Graeme Phillips had been home brewing together for several years before they took the plunge and set up as the Meanwood Brewery eighteen months ago. Their vision is to re-envisage traditional English beers for the craft revolution, while using local malts and a range of hops. The inspiration for their beers comes from the craft beer homeland of the US though, with Californian breweries Russian River and Heretic Brewing high on their list. Indeed, their own Pilgrim New England IPA is a “huge juice bomb” of an American trio of hops; El Dorado, Mosaic and Simcoe.

Meanwood’s beers can be found in North Bar’s Alfred and Wapentake, but the majority of their energy is being channelled into the upcoming opening of their full-time tap room at the moment. Named Terminus after Meanwood’s old tram terminus, the grand opening is scheduled for the beginning of August and will be massive for Meanwood, bringing a new two-floor bar and beer garden to Stonegate Road.

Eyes Brewing – All over the city 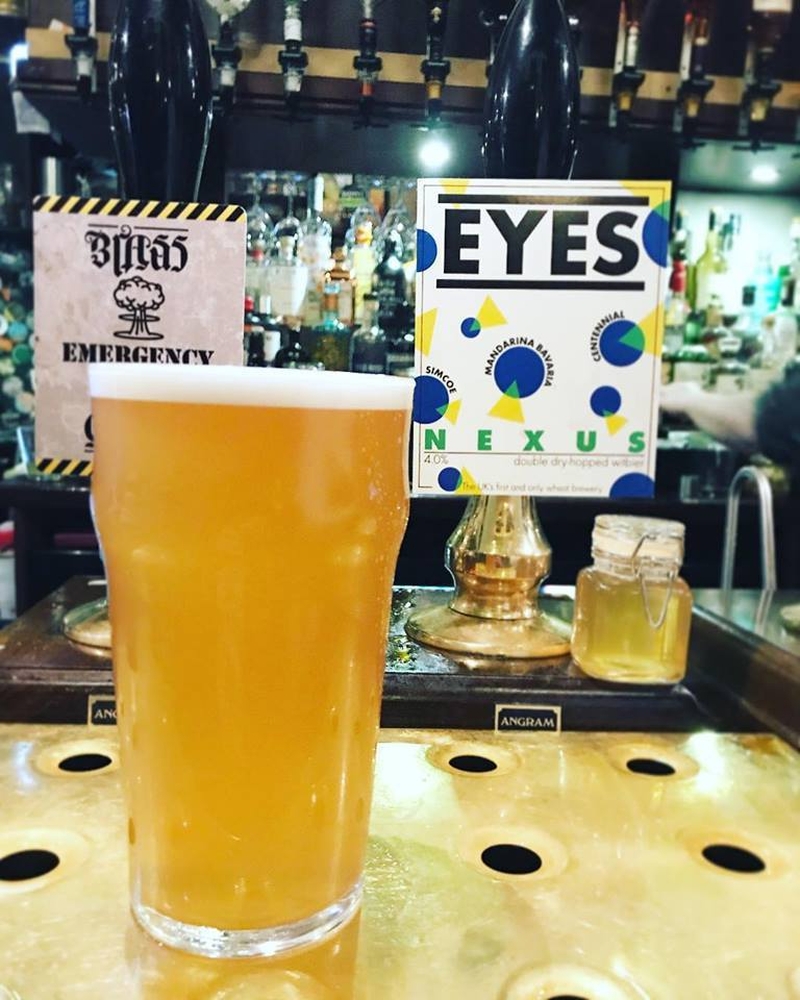 Dan and Chris were home brewers for a few years, before ramping up their interest on a Learn to Brew course at North Yorkshire’s Crooked Brewing. It was a chance photo in the Yorkshire Evening Post that helped ex-teacher Dan finally take the plunge into professional brewing though. They started brewing Bavarian hefeweizens before deciding to expand their range of beers, but keeping everything wheat-based. It was then that they discovered that they had a USP; Eyes are the first and only wheat brewery in the UK. Their Milch Weisse – a wheat-based milk stout – is a resurrection of a 300-year-old Polish recipe.

Now, Eyes cuckoo brew all around Yorkshire. You can their beers in bottle shops across Leeds, as well as the Belgrave, Whitelocks, Mr Foley’s, several of North’s bars and Head of Steam (City Centre), where they have an upcoming beer launch in July as part of a collaboration with Birmingham’s Dig Brew Co.