Jon Howe looks at the effect of pedestrianisation, and where else might benefit from banning vehicles

The traditional image of Greek Street in Leeds city centre is that of a day-glo party central; a thriving hub of chatter, laughter and base-level group revelry. Over the last decade, however, the area has been usurped by more eclectic quarters, as more cultured cocktail bars and a fascination with gin and craft beers has seen other pockets of the city centre take a sizeable share of Leeds’ night time economy.

For years you could walk past Greek Street on your way home and set your watch by the distant screech of a stiletto sliding on the pavement, followed by an excruciating yelp and a howling cackle of laughter as the steadfast remnants of a 12-hour hen party collapsed together in a heap on Park Row. We still do, in fairness, but Greek Street hasn’t been the magnetic source of such ritualistic carousing, at least not until a recent resurrection breathed new life into what used to be the epicentre of Leeds’ hedonistic pursuits.

Few people mourned the loss of Henry’s, Prohibition and Quid Pro Quo - although maybe Akbars being bulldozed touched a nerve or two - but now the long-awaited arrival of new luxury boutique hotel Dakota Deluxe, and the influx of Manahatta, Tattu, Liquorist, Gusto and so on have seen not only almost all the units on Greek Street occupied, but has also turned the style and refinement dial up another couple of notches too.

No longer do you need to choke on exhaust fumes between sips of wine; pretending this is exactly the cosmopolitan city you always wanted to call home.

What’s given Greek Street a unique ambience though, and this time for more wholesome reasons, is the council’s co-operation in making it a pedestrianised area throughout the summer months.

No longer do you need to teeter on the edge of the pavement on a Summers’ evening, choking on the exhaust fumes of a gridlocked taxi between sips of wine; pretending this is exactly the cosmopolitan 24-hour city you always wanted to call home.

It has turned into the city’s biggest outdoor smoking area - so the jury’s still out on whether the air quality’s improved - but at least now you can spread out, make a night of it and relax in the swell, as one bar merges into another and outside seating takes in special events and live music through the balmy evenings. Besides, we’ve all peered longingly through windows at the smokers outside, busy meeting people and having a laugh, whatever the weather, and now we can join in the fun. 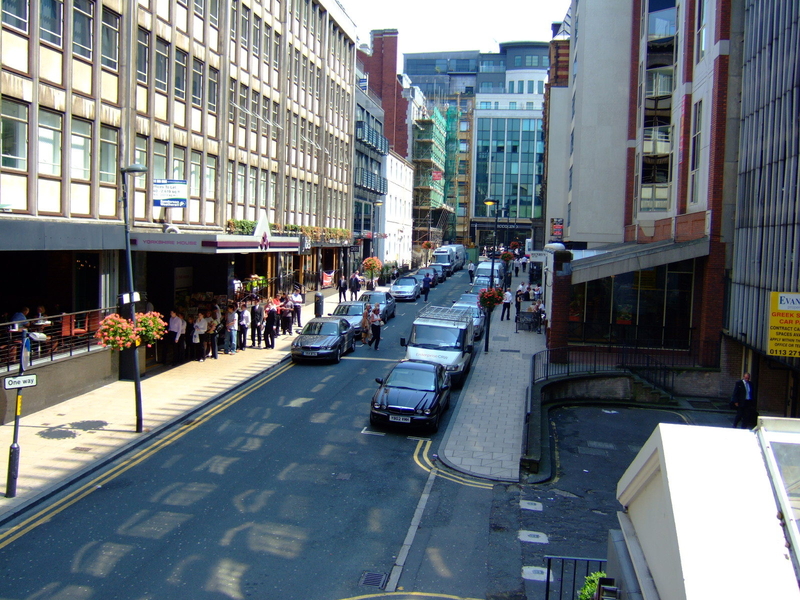 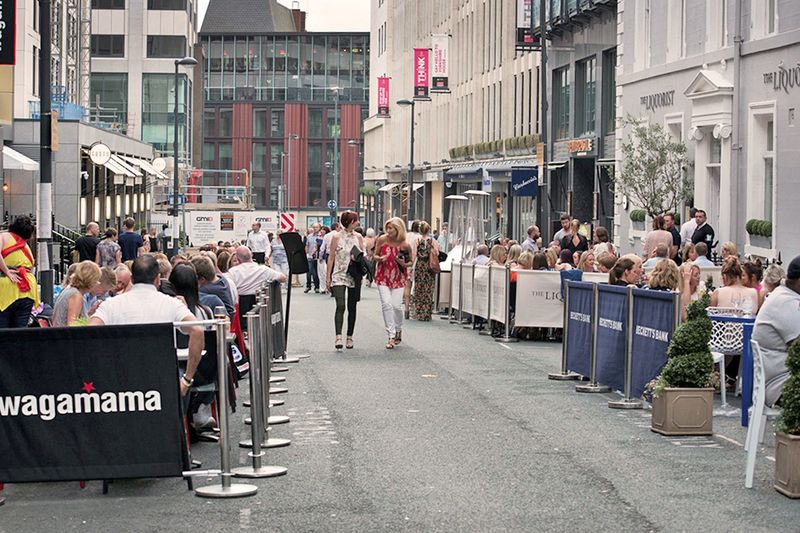 Of course the reality is that for 75% of the time we will cosily gaze out at the wind rattling the huge canopies and rain-soaked wicker chairs, but the utopian vision is of endless street parties and a safe public environment that reflects the major European destination Leeds is aiming to be.

This is the second summer that Leeds City Council has closed Greek Street off to traffic, though in 2016 this was restricted to just Thursday and Friday evenings and from 1pm to midnight on Saturday and Sunday. Now the council has recognised Greek Street’s full-blooded renaissance and its proximity to both the retail and commercial centres of Leeds, and implemented traffic restrictions from 11.30am to midnight every day of the week. This allows a huge boost to lunchtime trade after the 2016 experiment led most of the traders to report additional footfall and increased turnover.

The knock-on effect doesn’t just mean more staff, a safer environment and more units occupied, but also creates an enclave that improves business for other new and established neighbouring bars and restaurants such as Ibérica, Stockdales of Yorkshire, Atlas Brauhaus, 53 Degrees North, Decanter and Thewlis. 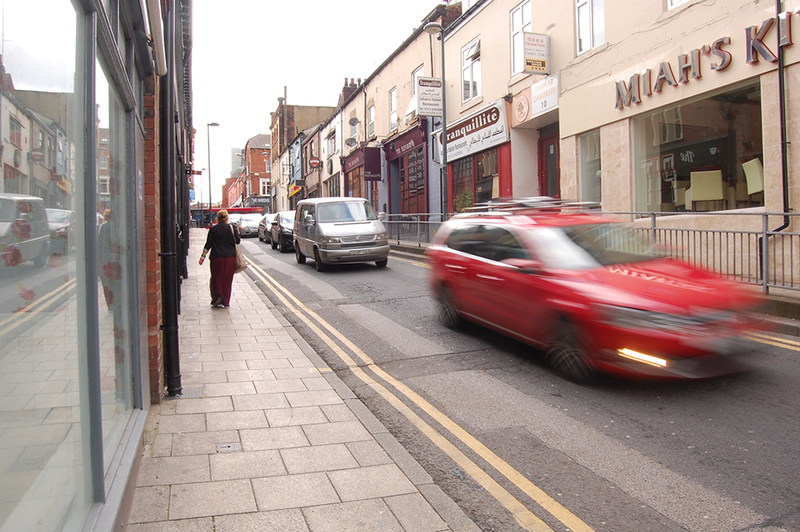 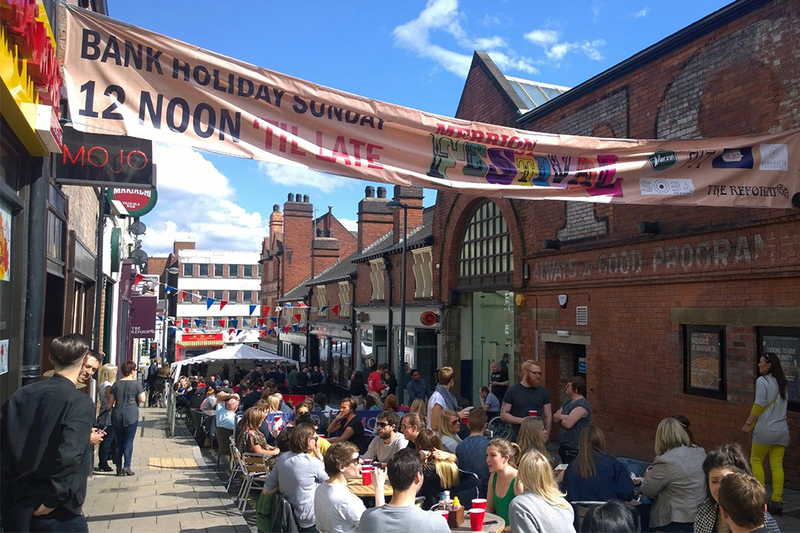 The move to pedestrianise Greek Street comes three years after Lower Merrion Street was closed to traffic, a move that undoubtedly helped make the ‘Northern Quarter’ more than just a ragged collection of co-existing bars and restaurants, and more of a living, breathing and co-ordinated populace.

The same may eventually be true of Greek Street, and you can look elsewhere through Leeds city centre and pinpoint other areas that could benefit from no-through-traffic and an option to alfresco party like it’s Nineteen-Ninety-Europe or something.

Cookridge Street could very easily cater for an overspill from Vodka Revolution or various events in Millennium Square, South Parade is a parallel and much wider equivalent to Greek Street, although currently it has more of a formal vibe than its ‘out of office’ autoreplying neighbour. Another obvious choice is the enduringly popular Call Lane, and if the current initiative to resurrect Kirkgate continues with further bars to join the excellent Wapentake, I’m sure it would quite like to finally join the party too.

Naturally, the Council’s transport policy is a different subject entirely, one that can drain the life out of any Loiner with a passion for their city’s wellbeing and future prosperity, and while practical issues of still requiring ‘some’ through-traffic routes will affect how much of the city centre can be pedestrianised, there is a clear plan to restrict traffic as much as possible.

This form of ‘pop-up’ pedestrianisation – if you’ll allow me to use such a phrase – would seem an ideal solution to a council who should be praised for showing a commitment to a night time economy that – for better or worse – is a huge source of income to the city, and as much as anything else, helps build its identity.

Calories on menus: what does it achieve?
● / Health + Fitness