Leeds is being swept up by the latest gaming obsession: escape rooms.

These immersive experiences place you IN the game, locking you a room for an hour (it's ok they'll let you out, eventually). You’ll have to think outside the box, solving puzzles to escape, as a member of staff watches on, providing hints if needed. There are keys to find, codes to crack and actions to perform to trigger the next stage of the game. This may be a simple drawer opening, or an entire wall moving to reveal a secret room. There are many to try, from haunted houses to sinking ships and detective offices. Staff are always really theatrical, which brings a lot to the experience.

I won’t give too much away, but picture being in a Saw movie...

I’m addicted, I’ve actually taken to locking my boyfriend in cupboards and only letting him out when he solves The Times cryptic crossword. In the dark. With a UV lamp.

Whether you’re looking to spend time with friends, or torture your colleagues with a team building exercise, I cannot recommend this enough for a bit of brain twisting fun. Prices vary from around £14 to £25 per head, and can be discussed when booking your game.

Here we put some to the test… 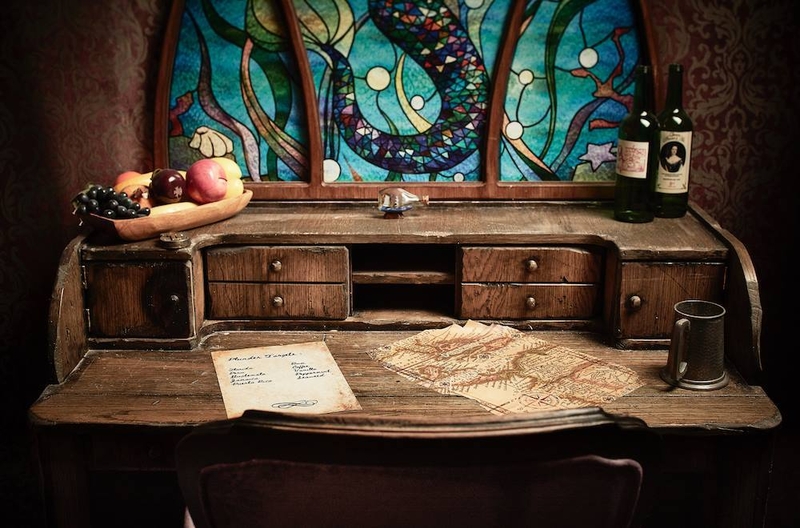 Escape Hunt is a swanky one. Upon arrival we sit in an open plan lounge area where I half expect Anthony Hopkins to manifest and escort us into Westworld... apart from all the pirate stuff. Here you're on a pirate galleon in the middle of a battle, when your captain is killed and the ship shot to pieces and sinking fast. Time to jump ship, but not before you've dipped into Blackbeard’s legendary treasure chest. Slam. The door jams behind you. Your pockets might be full of gold, but in 60 minutes time the ship will sink and gold doesn't float.

The environment here is top quality and the puzzles lead nicely into each other. The room has a good sense of progression through each stage, and is packed with surprises. This would be a great room if you’re taking kids or grandparents with you. 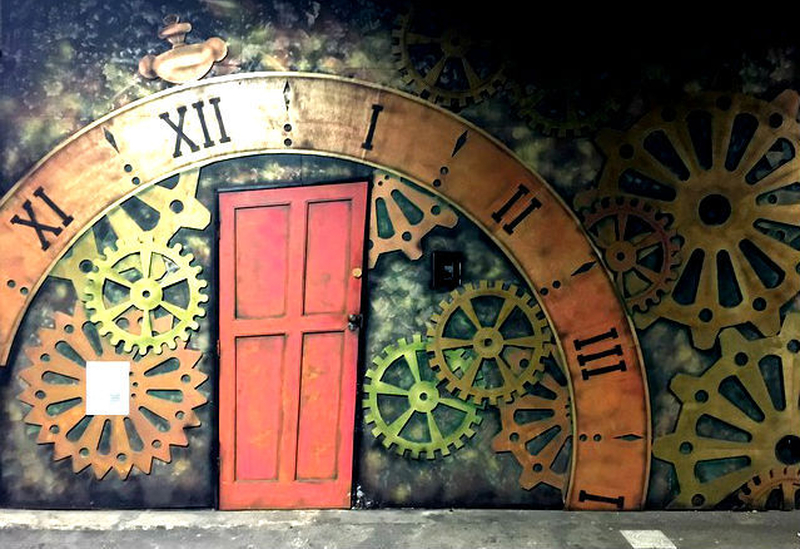 The Tick Tock team met us at Leeds train station and lead us to a creepy secret location. Here you find yourself in an abandoned mental asylum (obviously), where construction work has revealed an unmarked chamber, not listed on any of the blueprints. It's your job to find out what lies inside this hidden room. Needless to say it doesn't go smoothly.

The puzzles here are mainly padlock-focused, and I took three pals who had never met each other. We worked remarkably well as a team, it’s actually a really good way to introduce friends. There was a screen with hints to help you if you reached a sticking point and the production value was high: expect lots of screaming and creepy surprises… maybe leave the kids at home.

Do you have a pre-existing heart condition? Are you made of wet flannels? Do you hate horror films? If the answer to these questions is an unequivocal no, then get to Abducted. I won’t give too much away, but picture being in a Saw movie.

I spent the first fifteen minutes with my back to the wall trying not to soil myself, and at one point actually cried real tears. It’s amazing how fear causes communication in the group to break down. You’ll learn a lot about yourself and your team in here, we’re probably going to need some couples therapy. Despite being too scared to function, I thoroughly enjoyed this, and it’s provided hours of reminiscing since. They also have other rooms that aren’t terrifying, and a bar with arcade games serving drinks and pizza.

ESCAPE REALITY - DOWN THE RABBIT HOLE

Think you’re an escape room pro? Put your money where your mouth is and get out of this one. You and your friends were innocently enjoying a party when you and your pals suddenly find yourselves transported to another world. Might have been the punch, or the LSD. Anyway, you are all in grave danger and its time to geddouttathereeee.

I’d like to blame it on the pre-game beers, but the fact is we just weren’t smart enough to escape. You will have an iPad which you can use for clues or full solutions, I’m ashamed to say we cheated on every single puzzle, and even then completed less than half before the time ran out. I left feeling like I needed to burn my degree certificate (music - so it’s basically worthless anyway) and ask my boss to fire me, because I am the stupidest girl alive. If you finish this one I will buy you a pint. The environment is amazing, Lewis Caroll would be proud. This was excellently crafted but is not for newbies. So try some other rooms before jumping in here.

Kid friendly? Yes, if your kids are in NASA. 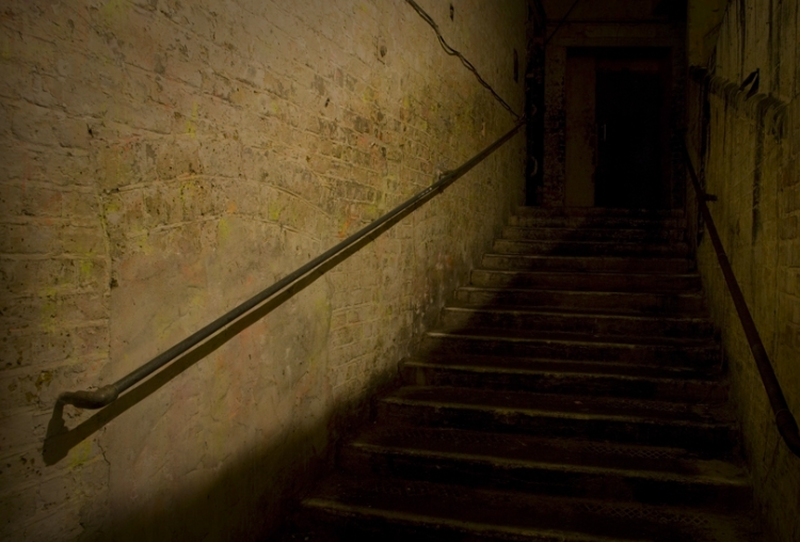 A seance took place in this 'evil' basement decades ago, and guess what… nobody was ever seen again. Oh good.

There were only two of us for this one as the team bailed last minute, but we escaped (with a few hints). A lot of thought has gone into making this an immersive room on a low budget, but that makes it even more impressive. The team behind this are resourceful and imaginative, with a varied selection of puzzles and a convincing story. 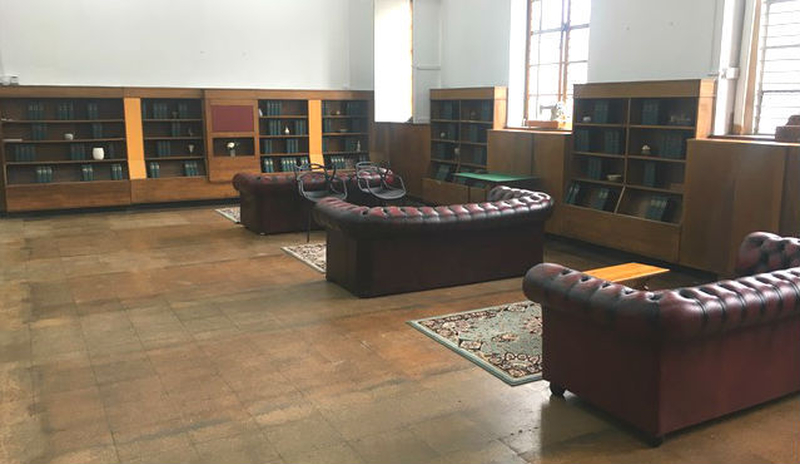 LOCKED IN GAMES - KISS OF DEATH

Something ain't right with ward 106 at St Margaret’s Hospital. Well, people keep dying. Even the healthy ones are dropping like flies. The docs are stumped and the whole place has been placed in quarantine. So what's going on? Guess what, it's on you to find out pal.

If you want to add an extra layer of stress and anxiety to your locked in experience, why not invite your mother to join you? Mum’s a wizard at the old sodoku and does lots of crosswords, so she makes the perfect locked in companion. We managed not to kill each other too, which deserves bonus points. There was a plot twist in here that left us all slack jawed, and a few red herrings too, which can eat into your time if you get distracted. The location itself is very fitting for escape rooms, a beautiful old library.

Kid friendly? Yes, but again it's a bit spooky