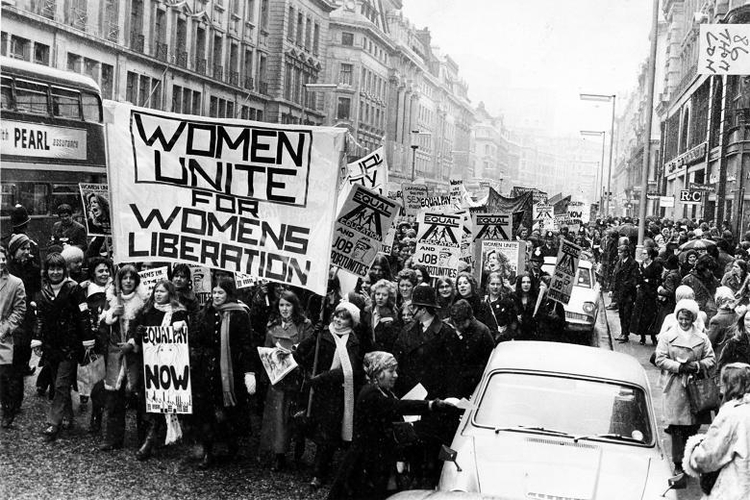 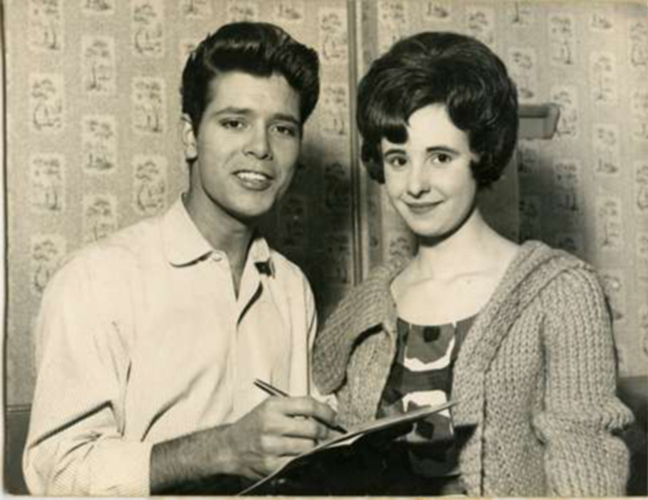 Following a year of heightened generational tension, Megan Jones compares her twenties with her friend Maureen's, forty years ago

THROUGHOUT the history of our dear nation, we’ve racked up a list of some pretty solid national treasures: From Churchill to Attenborough, via Howard from the Halifax adverts. I’d like to introduce you to another treasure I’ve unearthed:

I first met Maureen at the start of 2016, whilst volunteering with the Vintage Youth Group at Abbey House Museum. She rocked up with her trolley bag and a library full of frankly outstanding stories for us to use in the Decades of Youth Exhibition (open until January at Abbey House *shameless plug*) and stunned me with a twiggy-esque photograph, circa 1970, of our Mo wearing a teeny tiny leather dress with thigh-high white leather boots. At this point, I knew we’d be best friends.

Leather-wear aside (for now), Maureen was an incredible addition to our exhibition, providing stories of her teenage years, advice on which objects we should includefromthe artefact store, andloaning us some of her personal treasures: a picture with Cliff Richard after he played at The Odeon in 1964; a handwritten letter sent to her from Cilla Black, who confided that she ‘never really liked The Shadows’; that leather dress photograph. In short, Maureen was a treasure-trove of tales, nostalgia, and memories which were a joy to behold

Maureen pointed out that the more choice you have, the more doubt you cast on the decisions you make.

With 2016 turning out such a doozy – I’m looking at you, political arena – the generational gap seems wider than ever; young people voicing frustration at our elders over the outcome of the Brexit referendum - with 75% of young people voting Remain - and the generational tension that followed honing in on the stark differences between young and old.

As probably the only person in the world capable of redeeming my faith in humanity, I called on Maureen for her wise, experienced outlook to see if to see if we could bridge that generational gap. How does my experience as a 20-something woman in 2016 compare to hers back in the mid-60s and 70s?

Maureen first worked as a post-girl at a thrift store, before moving onto bigger and shinier pastures with a career in insurance (her office sat above 53 Degrees North on Infirmary Street – you know, the one that looks like the interior design was done by Craig David, on the eighth day) just around the corner from my office in the financial district.

I consider my lunch breaks to be productive if I happen to make it as far as Pret while I wallow and think about where my life started going wrong.

Maureen notes the Mid-70s also saw the start of a Leeds’ ‘wine bar’ revolution, which made drinking between and after work hours a ‘thing’ (mid-70s, I thank you). No wonder she looked forward to work as more of a fun, social event than a routine, soul-destroying slog.

The conversation drifts into home-life and personal finance, which is, for a twenty-something BA-Hons graduate in 2016, a grandiose term for squandering my entire income on rent and houmous. Maureen lived with her Mum until her 30s, meaning that everything she earned was hers as disposable income. When I ask what she spent this on, her eyes glaze over and with a youthful, lovelorn whisper she tells me...

“Chicken in a basket.”

‘Batley Variety Club used to roast up a couple of chicken legs, throw them in a plastic basket with some chips, and we all went wild for it’. When I bring up that most 2017 of dishes - avocado on toast - she laughs.

And then it got a bit profound. The recurring theme we kept running over, amidst various leather garments and chicken legs, was choice. In 2017, young people take for granted the fact we have more choices than any of our elders were afforded. We can fly anywhere in the world, we can talk to anyone, anywhere from the palm of our hands; we can watch any film or TV series at will, read every book ever written with the touch of a button.

For Maureen, when you went out to eat you had the option of either English grub or, if you were feeling exotic, one of two Chinese restaurants in the city. When you met with a friend, you had to organise a time and a place and stick to it. When you fancied someone, you had to actually court them. Imagine.

So why – and I’m sure I’m not alone in this – do I spend the length of a film trying to decide which one to watch? And why, when we have the freedom to go, be and do whatever we please, do so many of us experience that dread of uncertainty and dissatisfaction with the choices that we make?

I enlightened Maureen to the fact that if I were feeling particularly catty, I could dump my boyfriend, download Tinder and get chatting to another honey all faster than you can say ‘Chicken in a basket’. First it was swiping through films on Netflix: now it’s swiping through people on Tinder. Choice and technology are great markers of the freedoms we now have as young people in 2017, but, as Maureen pointed out, the more choice you have, the more doubt you cast on the decisions you make.

The older generations should, in theory, envy our generation for the options we have, the technology we use, the Netflix Originals we don’t always get round to watching. What seems passe to a twentysomething in 2017 - the things that make you go ‘meh’ - would’ve blow the minds of our 70s counterparts. How do they live with the lament and sense of missed opportunity?

“Once I saw a lady in the foyer of The Metropole wearing a white leather hot pant suit. The biggest regret of my life is not asking where she got it, or taking it off her back there and then.

One far less depressing revelation we made about the experience of present-day youth is that Leeds is a great middle-man. Our bid to become the 2023 European city of culture is founded by our thriving scene of independents, art classes and community projects, promoting the importance of authenticity and self-expression.

It’s that search for authenticity that helps to bridge that gap between the experiences of young and old. Of all that Maureen’s taught me, the most profound is that young people today live in an age where, every now and then, we need grounding, and we need assurance.

In a world where we flit frantically between virtual realities, apps and avocados, we should look to our elders to affirm the stuff that’s actually important: self-awareness, simplicity, and leather. Megan Jones