Richard Miller hunkers down for wintry small plates in a corner of the resplendent Piece Hall.

If the shonky weather app on my not-so-smart smartphone were to be believed, Halifax should’ve been swathed in snow at about the same time as we were due to be hitting the starters down at Elder, the small plates gaff tucked into a corner of the resplendently refurbished Piece Hall.

It tastes of marmite and treacle and bonfires...

It sounds pretty exciting but, because technology’s rubbish, we’ve necked the bread and there’s not a snowflake in the sky. It’s a shame, really, because so wintry is the winter menu here, so robust the cooking, that hunkering down and scarfing the lot while being snowed in would feel like the appropriate course of action. It’ll keep you going for weeks, this stuff.

That bread we’ve polished off is the good stretchy sort and comes from nearby Mytholmroyd (£3.00). It works particularly well when dredged through the rusty pool of red wine sauce from a still-sizzling skillet containing juicy nubs of chunky chorizo and moreish crumbs of crispy onion (£6.50).

There’s another little starter too, of delicate crab with sweetcorn and buttery polenta (£6.50), which has about it a good seafoody whiff but could do with an extra oomph of the promised chilli.

But it’s the slabs of top-notch meat that we’re here for. A thick wodge of gelatinous pork belly (£9.50), its flesh falling apart and its fat crisped and crozzled, has served a long stretch in a low oven. And, given the resulting degree of tenderness, it was time very well spent. A spritzy salsa verde, fresh with herbs and generous on the citrus, laser-beams through the richness.

Like the pig, a dark lump of beef cheek (£9.50) has been similarly low-and-slow’d and requires only the gentlest of coaxing to yield its fibrous self. It tastes of marmite and treacle and bonfires, and arrives doused in a sticky glaze that’s been so properly and patiently reduced that any leftovers - yeah, right! - will need chiselling off the plate.

Some thinly sliced mushrooms add an earthy hum, and at this point I chuck some more of that salsa verde down my neck, not just because it’s tasty gear but also because it might help to thwart the impending gout.

The only slight mis-step of the evening is a bowl of celeriac gnocchi which could do with a little less heft, a touch more seasoning and a lot more sauce. But couldn’t we all? Dense forkfuls of gnocchi aside, the Garstang Blue cheese sauce is creamy with a good sharp tang, and with some delicate shards of pear prettying things up we’re halfway to a decent cheese board here (£8.50).

We order a side of roasted root veg (£3.50) - for this is what adults must do - that are sound enough cubes of goodness but are obviously improved in flavour, if not in nutritional value, when adorned with that cheese sauce.

Enticing as they sound, I’m not convinced the arteries could withstand the advertised treacle tart or pearl barley pudding - next time perhaps - so we share some ice-cream for dessert which does the job (£3.75).

All this comes from a tight little open kitchen where just two chefs duck and dive to a backing track of clanging pans and a roaring stove as the orders roll in, and at whose counter you can geekily perch if you fancy annoying them by watching the whole shebang unfold. The long narrow room gets nicely busy but the team out front keep things ticking over in genial style.

A handful of good beery options includes Beavertown and Magic Rock, and a short wine list kicks off at £18.50 without ever getting too daft. 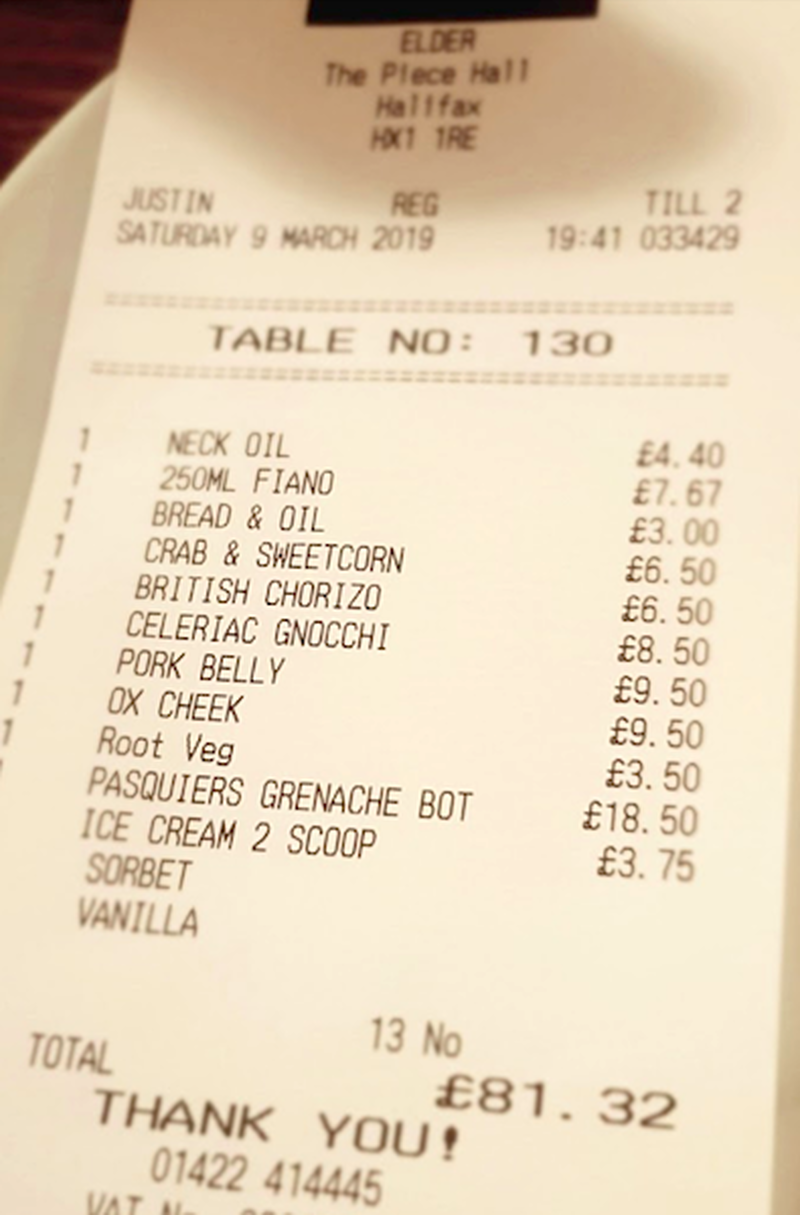