Simon Richardson eats and drinks his way around one of Leeds’ most vibrant suburbs.

Where we live, a Saturday evening out in the local area would probably constitute getting spat on by children in tracksuits at the local precinct, followed by a warm pint of Carling at my local, then perhaps a swim in the canal – either voluntarily or otherwise.

Or, if venturing up to Headingley, we might be overwhelmed by hundreds of Otley runners and enormous puddles of sick everywhere. Now, nobody’s saying that the Otley run isn’t an institution, but this weekend we're looking for something slightly more sedate - a lazy wander around some great local bars and eateries, rather than a 'pub crawl'.

For a relatively small suburb, there’s an awful lot to go at here

It’s been several years since Meanwood could be described as 'up-and-coming' (it’s got a Waitrose for God’s sake). It’s also long been a hotbed of excellent bars and restaurants, and it just keeps getting better, with the imminent arrival of Terminus, Meanwood Brewery’s tap room, set to add to the already vibrant Stonegate/Meanwood Road strip.

So, feeling that it fit the bill perfectly, we hopped in a cab to sample the culinary and boozy delights that Headingley’s less boisterous neighbour has to offer. 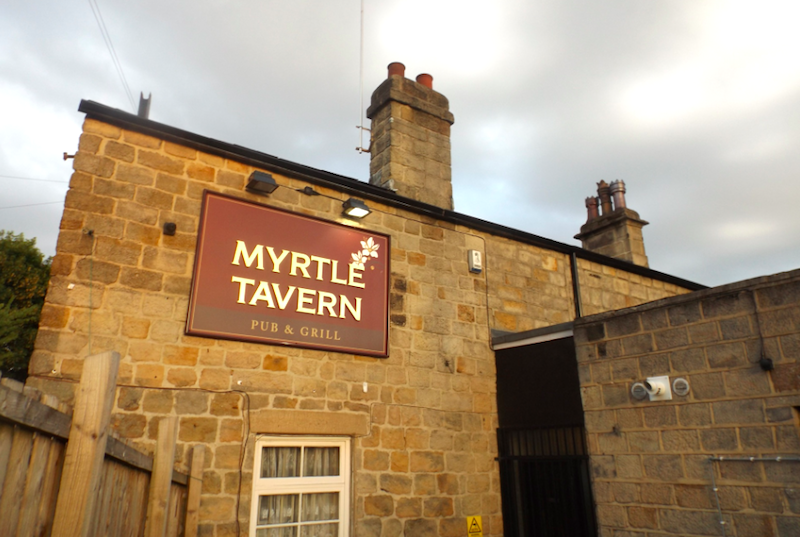 The Myrtle could easily be described as the very heart of the Meanwood local community. It was given a new lease of life through a £50,000 refurbishment last year and is one of the sponsors of the Meanwood beer festival. It’s the perfect place to start the day with a G&T in the beer garden and possibly the finest exponent of the Meanwood vibe – a laid-back, friendly atmosphere, and not a crowd of “lads” in sight. 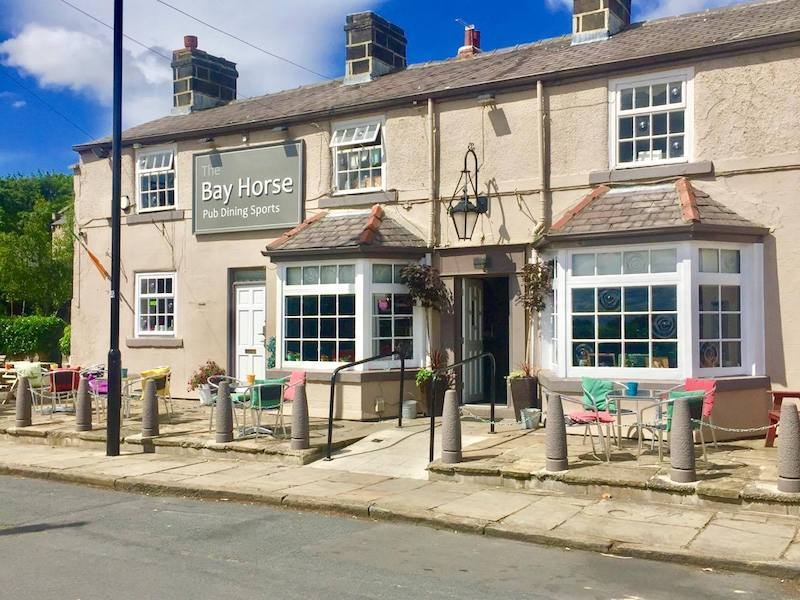 The best part of being up this end of Meanwood on a glorious summer afternoon has got to be the beer gardens. Just 30 seconds down the road from the Myrtle lies another community pub – the Bay Horse. We've serious levels of affection for “proper” pubs like this – a real ale paradise, reminiscent of days of yore. Settle down with a pint of York Guzzler and find yourself a newspaper. 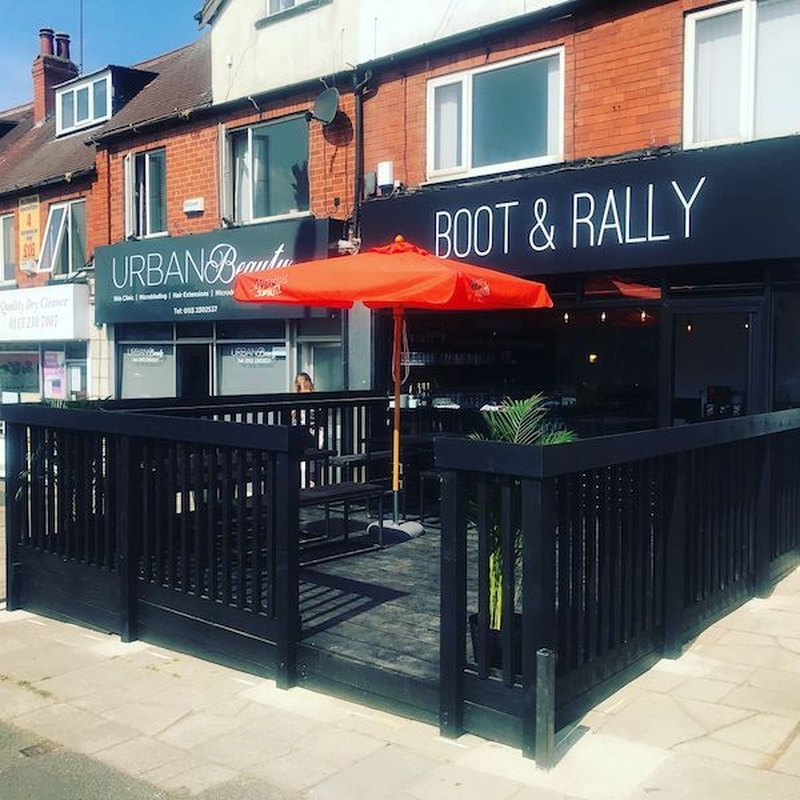 With the last dregs of a pint aptly guzzled, it’s time to head into the belly of the beast. Boot & Rally is a very new addition to Meanwood, offering a selection of beers from all over Yorkshire. As the name suggests, there’s plenty to go at too, with ABVs to suit every kind of drinker. A citrusy Saltaire zipwire is followed perhaps too swiftly by an Aperol Spritz. It’s been here such a short time, but it already feels like it’s been claimed by a loyal local crowd – Meanwood’s magic touch, perhaps. Time for a food stop. 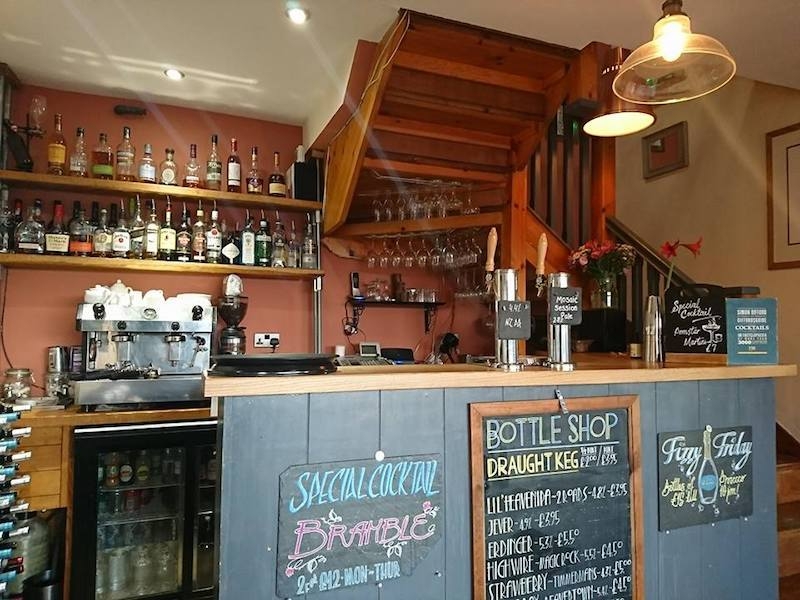 Fortunately, it’s past 6pm and the Hungry Bear is right around the corner. Taking our fancy is the excellent-sounding tasting platter, but we need to leave room for a few other treats before the night is over, so let's settle for a plate of buffalo chicken wings with a blue cheese dip. They brew their own beer at the Bear too – their Citra pale ale goes down a treat. 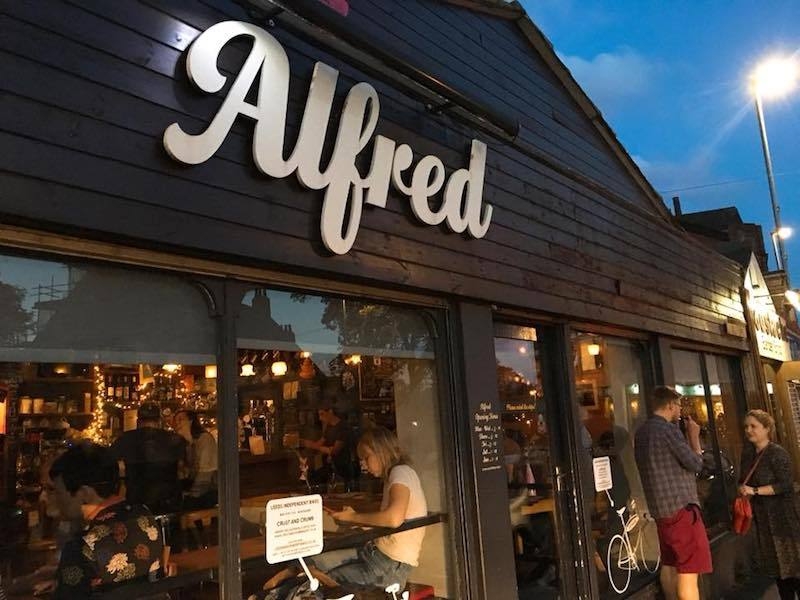 There’s little to expect other than quality in Alfred. It’s a North bar after all, and surely one of their best. The atmosphere is buzzing as always and we're lucky to get a seat. The only problem is that their brilliant West Coast IPA, Transmission, is far too tempting. Sure enough, we've sank two pints before even realising, and at 6.9% the effects quickly take hold. “Must…not…sample…whisky…” Time to go. 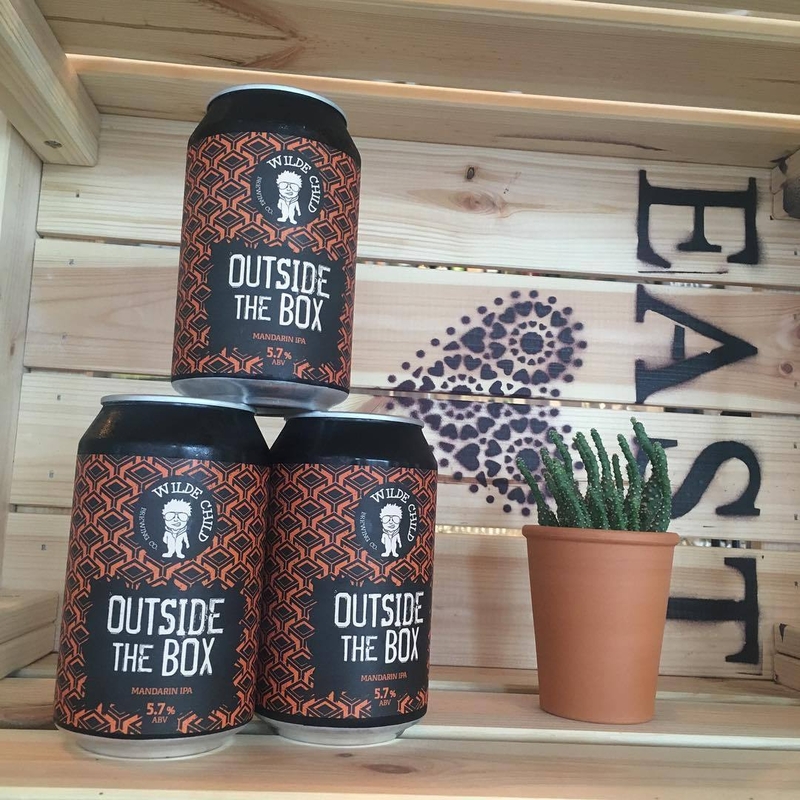 We're hungry again, but fortunately the final pub along the way has got us covered. One of the Market Town Taverns pubs, East of Arcadia, is a mere stone’s throw from Alfred and serves an eye-watering array of different beers from around the world, as well as a food menu that covers most tastes. You can't go wrong by pairing a pint of the Oskar Blues Passionfruit Pinner with the only food that will do at this stage of the evening – a burger.

A quick look at the watch and it's time to phone a cab, before things take a turn for the Otley.

For a relatively small suburb, there’s an awful lot to go at here: local boozers, modern bars, light bites and full meals to match. It would be remiss of me not to mention some of the best food in the area: superb sushi at Hana Matsuri, traditional Italian small plates at Zucco, crispy calzones at Via Verde and the delights of the Hungry Bear as mentioned above… we would have stopped at each and every one of these if our pockets had allowed for it. We'll be back to give Terminus a go in the coming weeks.

Still thirsty? Well how about a waterfront bar crawl of Leeds...

“For me, this found the wrong side of comedy” – Chef Jono @ Vice and Virtue, reviewed

“For me, this found the wrong side of comedy” – Chef Jono @ Vice and Virtue, reviewed
● / Features/Opinion

Michelin’s green stars of the North: “We should all be eating less meat”

Michelin’s green stars of the North: “We should all be eating less meat”
● / New Openings

Head for the hills: Ten pub getaways across the North of England
● / Pubs

Interview: Joycelyn Neve - 'My day starts with the price of fish'
What you say
Got an account? Login, to comment/rant.
0 Opinions
Read Next
● / Travel 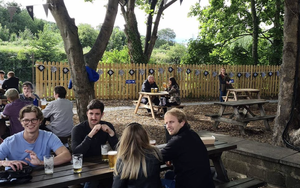 Beer gardens, terraces, pavement perches, pull up a stool and an umbrella and get stuck...

We put the meal subscription's recipes to the Confidentials taste test