Over 110 global food traders will descend on Roundhay Park this summer, as NLFF enters its third year

THE North Leeds Food Festival returns to Roundhay Park on Saturday June 30 and Sunday July 1, showcasing some of the region’s best talent in food, drink and performing arts.

International cuisines lie at the centre of the festival, now in its third year, with over 110 globally-inspired traders. 2018 will also see a greater vegan presence, reflecting the growing meat-free movement.

Festival director Michael Johnston told us: “Attendees can expect delicious cuisines that don’t feature often in the UK, such as Malaysian, Peruvian or Armenian. We want to show that celebrating international influence doesn’t have do be done at the expense of the local economy. All the traders are locally sourced, so we know we can fulfil this objective.”

A new festival layout will pave way for the return of the Artisan Producer Market, now housed within giant marquees. With over 75 stalls, this will feature the region’s most exciting emerging food and drink brands.

There will be eight pop-up bars including a specialty wine bar, a Prosecco bar, local gin bars and an independent cider bar - plus the Soldiers Ale House, offering over 22 local beers and ales.

Johnson added: “New for 2018, we will be hosting an arena for live talks on subjects including nutrition, the future of food and veganism. Tying in well with our new wellbeing area, this will provide a new, more forward-thinking dimension to the festival.”

Comedy, entertainment, and street performances will feature throughout the weekend, with more than 25 acts. In collaboration with Leeds Arts University students, there will be exclusive displays inspired by food and local history.

Official festival charity is once again Leeds Mind, for whom they’ve raised £6,000 over the past two years.

Tickets and Info are available at northleedsfoodfestival.co.uk 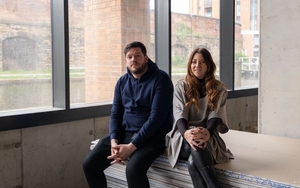