The mural that steals the Biennial show

WHAT is this?” asks the Well Known National Newspaper Art Critic. “I don't see this in my catalogue.”

“Oh that. That was already here," comes the reply."It's not part of the programme. Not sure what it is really. I can find out if..."

We are peering up at the ceiling, more accurately, the inner dome of what is known as the Old Blind School, but which everybody knows as the old Merseyside Trades Union and Unemployed Resource Centre.

Jones's work has all the resonance of 10,000 marching feet. The word resistance is painted nowhere, yet it fiercely punches it out. How fitting, then, that it has resolutely defied 28 years of neglect, its colours still far more vivid than New Labour's could ever be

The occasion is the press preview of the Liverpool Biennial and journalists have piled in from Euston to steal a march on the weekend's official opening. It is a mental and physical slog of a day around Liverpool galleries, so they are eased in at the top of the hill on Hardman Street: the Biennial Group Show.

All eyes, however, are on an arresting mural that commemorates the May 198? People's March For Jobs in Liverpool. By the way, the question mark there is quite deliberate: the bit of plaster, on which the date is pinpointed, has long since crashed to the ground. 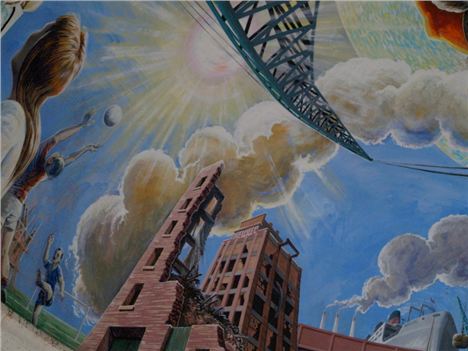 It's all there: The blind of Thatcher's Britain leading the blind. Fear, hopelessness. The defiant expressions on grim faced, muscled men, fine tuned for hard labour, their women and children waving banners with CND logos. "Look, there's the bulldozer going into Tate & Lyle's," exclaims someone. Elsewhere,  the Overhead Railway. The dying docks.

In case you are wondering, and everybody yesterday was, the work, at the heart of the mothballed 1791 building, was painted in 1986. The artist is Mick Jones, younger son of the Garston-born trade union leader Jack Jones. Jones the younger died, aged 68, in 2012. 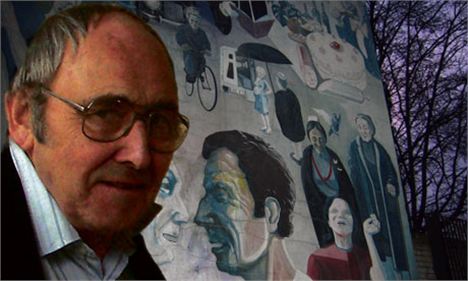 It was the Transport and General Workers Union who commissioned Jones, a prominent political illustrator, mural painter and teacher, to work on the Liverpool dome.

Jones was a staunch socialist and Labour supporter and friend of trade unions. He was also a friend of local artist Alex Corina who recalls how Jones was "his father's son".

He told Confidential: "He had a different set of tools with which to agitate political feeling and support. He could do it as an artist. And yet despite being a brilliant illustrator and painter, the art establishment ignored him. He never got the credit he deserved."

Corina, who runs the Atelier Gallery in Lark Lane, and is best known for the Mona Lennon work which hung on St George's Hall in the 2006 Biennial, says Jones was completely consumed by politcal art. "There are only about five or six of his works surviving. One is in the Liverpool Museum. Another anti-fascist painting he did on a wall in London's Brick Lane has been painted out, unfortunately. I do hope the one in the Trades Union Centre doesn't go the same way."

The Hardman Street mural we are looking at today is most certainly in need of some TLC and sections are starting to fall victim to damp and gravity.

That said, Devon-born Jones's work still has all the resonance of 10,000 marching feet. The word resistance is painted nowhere, yet the mural fiercely punches it out. How fitting, then, that it has resolutely defied 28 years of neglect, its colours still far more vivid than New Labour's could ever be. 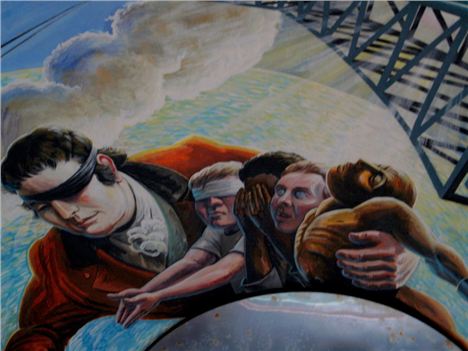 History has used its own palette to paint a very different picture to Jones's - one that depicts Scargill, the unions and  those jobless marches as the scourge of modern life.

But was that unrelenting chant: "What do we want? The right to work! When do we want it? Now!" such a bad, wrong, loony lefty thing? The careful strokes of popular history's paintbrush might have you believe so.

Don't, therefore, fall into the trap of seeing Jones's work as a nostalgic curio. See it more as a snapshot of a way of life in 1980s Liverpool that, if not prosperous, was proud. A moment when passion, if not power, was still in the full possession of the people - families and individuals who would get to their feet for a cause in a heartbeat - because that's what people did.

But mostly see it as a piece of political art so filled with action that it demands a reaction.

In fact, while there is a limited window of opportunity, just get into the old Trades Union Centre. In every sense, you should look it up. 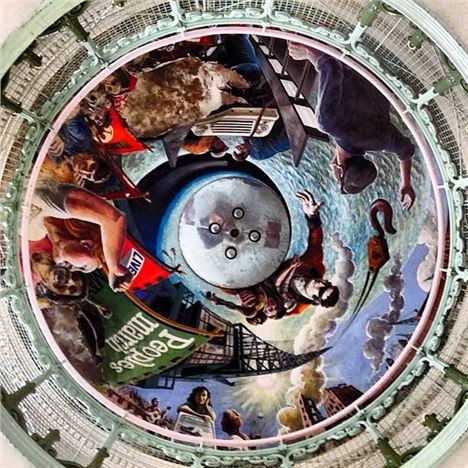 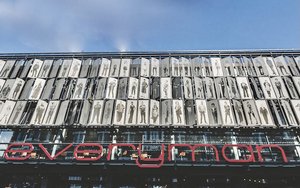