The best pre-theatre restaurants in Liverpool

When it comes to being ‘extra’, Liverpool is always ready to bring the competition. There can’t be too many 112km2 cities in the world that can call more than ten central theatre venues their own, just to prove the point. In fact, Liverpool boasts some of the most illustrious theatres in the land – its stages have welcomed some of the most decorated actors to date, including Julie Walters, Bill Nighy and the infinitely fabulous, Joan Rivers.

Celeb-spotting and Liverpool’s rich thespian history is all fine and dandy but the pre-theatre dinner date can be just as exciting as the show itself. Let’s be honest, there’s only so far a grab-bag of Minstrels and a packet of Fruit Pastilles in the interval can sustain a person.

With that in mind, we’ve put together a list of the best pre-theatre restaurants in Liverpool.

Whether you’re at one end of town visiting the Royal Court, the Liverpool Empire or the Liverpool Playhouse, or in the opposite direction for The Everyman, the Philharmonic or the Epstein, you won’t ever be far from a Bistro restaurant. With two venues in the city – Bistro Franc and Bistro Pierre – you can take advantage of the traditional French cuisine at pre-show prices whatever the hot ticket of the evening might be. Classic dishes with a modern twist form a drool-worthy menu in laidback surroundings, with popular plates including hazelnut crusted brie with date marmalade, chicken supreme, and spiced quinoa with heritage beetroot and avocado mousse. 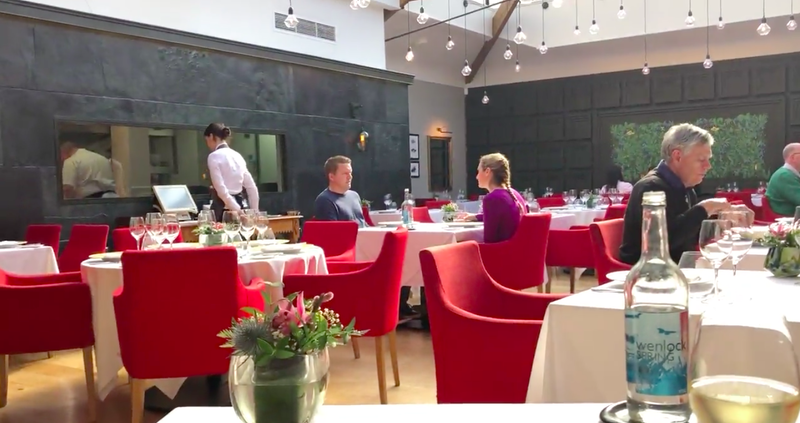 For those dining on a tight schedule, the Prix Fixe menu at The Art School is the answer. The restaurant was originally designed for guests pre-theatre at The Philharmonic Hall, so this menu allows guests to capture a sense of The Art School whilst keeping an eye on the time. There’s also a vegan version available so whether you’re plant based or meat

The restaurant, which opened in September 2014, is based inside the stunning lantern room of the Victorian 1888 ‘Home for Destitute Children’ building, which has now been transformed into a bright and naturally lit dining space with a the main dining room, a Champagne cellar bar and a stunning private wine tasting space for when you have more time. 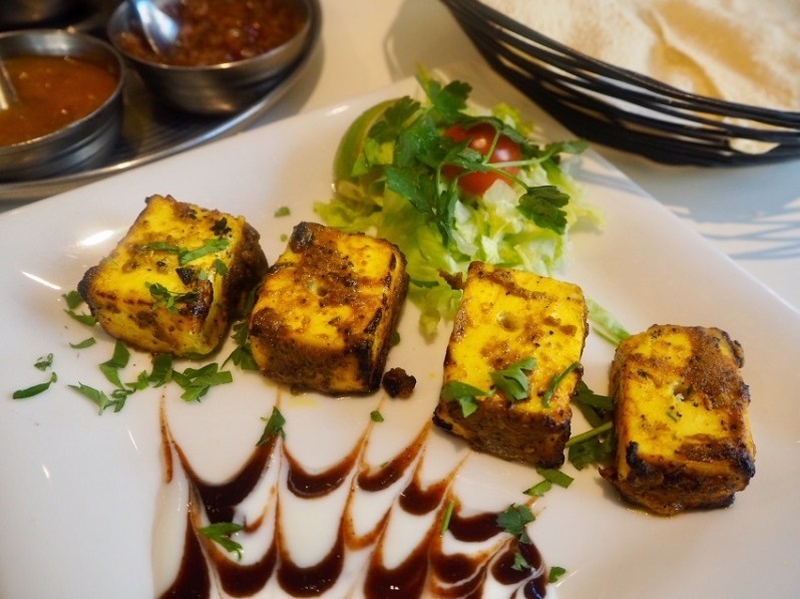 An authentic Indian restaurant might not be your first port of call when thinking about where to dine pre-show but the motto, don’t knock it ‘til you’ve tried it has never been more relevant. Rumi By Bukhara offers an extensive fusion of authentic Indian and Pakistani recipes – from curries and biriyanis to tikkas and tandooris – through to gourmet burgers, wraps and lighter options. This team of mavericks have even installed their own gelato, milkshake and Belgian waffle bar for when the sweet tooth strikes. Their chefs recommend the speciality Thai mango salad to start but I couldn’t implore you strongly enough to head straight to the tandoori paneer tikka and never look back. 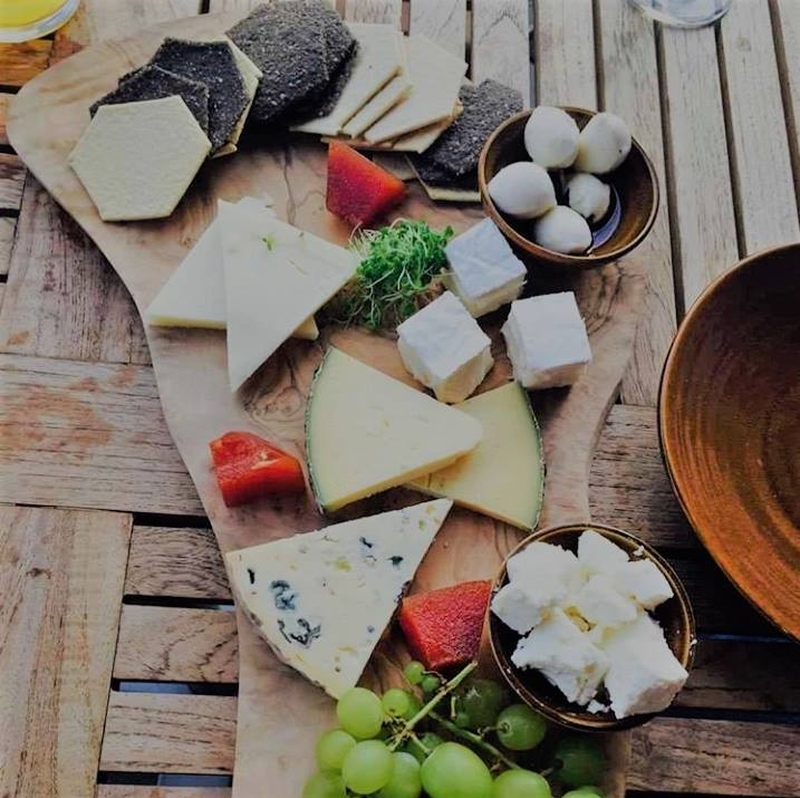 The Refinery is another one which made our Georgian Quarter edit for its seductive, Middle Eastern décor, casual British menu choices and creative cocktail list. Nestled in between landmark locations like the Philharmonic, the Liverpool Institute for Performing Arts, Unity Theatre and of course, The Everyman & Playhouse, this place is always abuzz with activity. If you fancy something cool but casual, with an uncomplicated menu that is executed really, really well then The Refinery is your golden ticket. You could even wander back later on for a post-show debrief over one their famous technicolour cocktails. 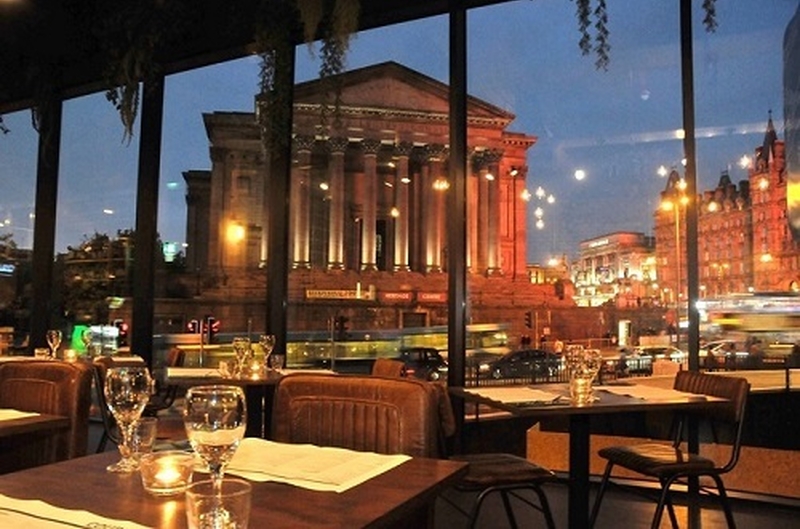 Neighbouring the Royal Court theatre means that Courtyard Bar & Kitchen clearly needs no promotional ploy to pull in the crowds. Diners at the restaurant and drinkers at the well-stocked bar can simply amble from door to door, with stomachs full of global fare, handcrafted cocktails and local cask ales. The former Penny Farthing pub site transformed into the contemporary venue a couple of years back, never shy in shouting about its unrivalled views of St George’s Hall from the floor-to-ceiling windows. If you’re eating in the main restaurant, let them know you’re going to a show when you book so they can make sure you’re seated nice and handy. Pushed for time? Grab some fresh snacks from the ground floor bar area and heated terrace. 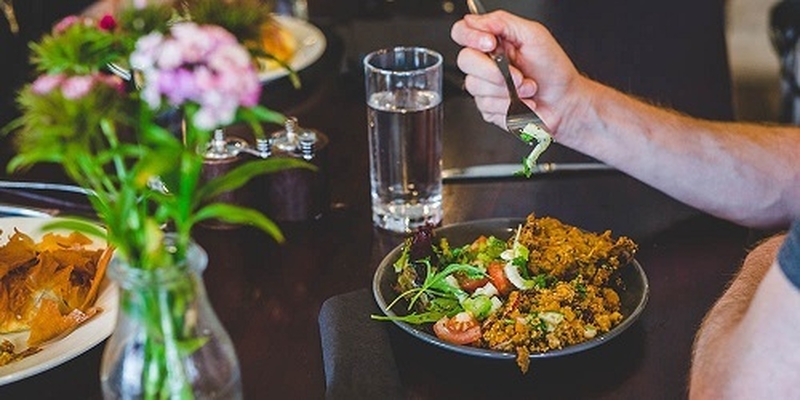 No Liverpool pre-theatre dining curation would be complete with a quick nod to The Everyman theatre’s on-site restaurant, rather aptly going by the name of Everyman Bistro. It’s a great place to go for casual bistro food and to soak up the atmosphere before curtain call in the speakeasy-style basement bar.