From Sefton to St John's, Chris Heasman on the parks to escape to (and from) this summer

When it comes to greenery, Liverpool is a bountiful city indeed.  We’ve got over 30 parks, gardens and other green spaces, ten of which are listed - giving us more than any other English city outside London.

Naturally, however, these places tend to vary in quality; some of them are pretty, spacious and chock-full of things to do, while others… well, let’s just say you’d be better off languishing in your back garden.

As we continue to bask in the balmy depths of summer, the task of finding just the right park for you is as important (and tricky) as ever. Fear not, we’ve got your back with a guide of those worth visiting, and a few worth avoiding.

Ah, yes. This is the good stuff; real primo grass. Liverpool’s best park comes replete with an array of incredible landmarks, plenty of nooks and crannies to hide in and a sterling line-up of events and festivals taking place throughout the year. Not only that, but the playground is big enough to keep the kids busy, whilst nearby Lark Lane -with all its bars and restaurants - ought to be the perfect place to retire to after a long day in the sun.

Oh, and the bandstand is said to be the inspiration behind Sgt. Pepper’s Lonely Hearts Club Band. So you can pretty much thank Sefton Park for that album, too. It really doesn’t get much better than this.

The biggest of the lot, Croxteth Country Park spans a gargantuan 500 acres of ponds, woods and fields. It’s even got a walled garden, if you’re the kind of person who enjoys walled gardens. If you’re not, there’s still plenty to choose from: from Jungle Parc (which has zip-wires, high-wires and that sort of thing) to the riding centre or the park’s very own farm.

More than anything, though, Croxteth Park is just lovely - all pretty and pleasant and quiet. Think of it as the type of park you’d take your mum to and you’re probably halfway there.

Calderstones is filled with such a vast number of little pleasantries and surprises that you just can’t help but love it. Their Reader Café offers books for customers to read while eating, there are plenty of open spaces upon which to kick back and enjoy a beer, while the Storybarn - an interactive story-centre aimed at getting children to embrace a love of reading - is nothing short of inspired.

There’s a model railway, too. And you can ride it. And it’s free.

These gardens are located in that quiet, sunken area which surrounds the Anglican Cathedral. If it's events, cafés or family activities you’re after then you’re going to be hot out of luck, but St James’ Gardens are practically unbeatable when it comes to atmosphere. They’re quiet and beautiful, if a little macabre too, thanks to the gravestones and catacombs that still line the edges of the park. Not to mention the fact they’re also open 24 hours, making them the perfect place for a night-time walk... if you’re brave enough.

We’re happy to give St John’s Gardens top marks for looks - after all, they’re meticulously kept, lined with a series of pretty walls and dotted with all kinds of lovely statues and flowerbeds - but the inner city location and relatively modest size mean it can seem a bit cramped (there's also something a bit wrong about cracking open a can of lager 50 feet from a dual carriageway). Still, it's great for a quick walk around.

They call it ‘the Mystery’, which makes it sound far more interesting than it actually is. Wavertree Playground isn’t so much a park as a vast expanse of grass with a handful of goalposts - and it’s completely lacking in any of the character that you’d find in some of the city’s fancier spots.

Worst of all, though, the park (according to the Council) is particularly popular with cross-country runners - something no park needs.

This isn’t a park, it’s a glorified path. Next.

According to its entirely undeserved section on Liverpool Council’s website, Falkner Square is notable for its collection of ‘ornamental grasses’ and ‘trees of interest’. Some of the plants, it announces proudly, are even ‘scented’. There is no model railway. Zero marks. 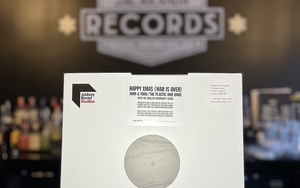