Secondary to the obvious blow to our beloved hospitality industry, the worst thing about lockdown is having to slave over the hob and wash the dishes every damn day.

Roll on being able to pull up a (socially distanced) pew at our favourite bars, cafes and restaurants to indulge in complete and utter gluttony.

Please BoJo, for Pete’s sake, release the hounds of hospitality because we’ve just about had it up to here - *points to ugly lockdown barnet* - with the smell of fucking Fairy Liquid.

With the light now appearing at the end of the tunnel and the prospect of dinner dates and cocktail-sippin’ coming into sight, it’s time to compile your post-lockdown hit list.

Here are ten new Liverpool venues to throw into the mix: 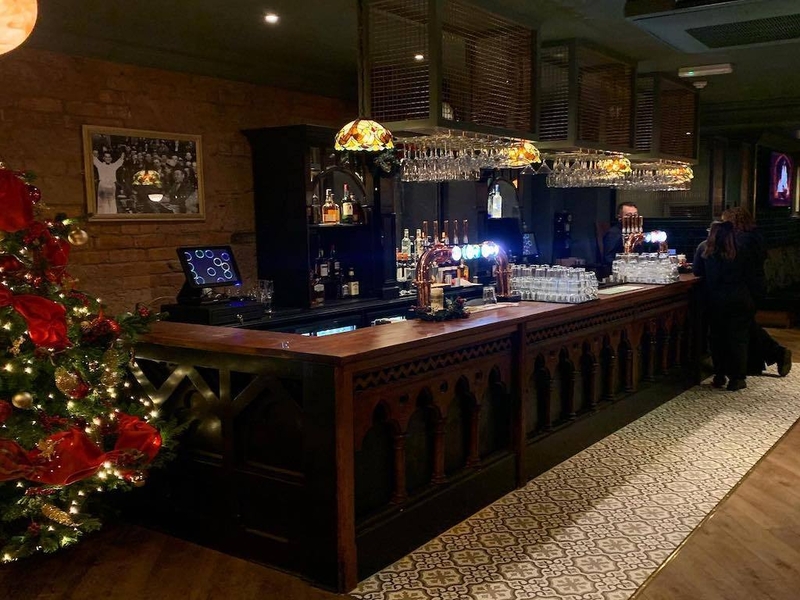 Officially opened in December last year but almost immediately silenced by the most recent lockdown measures, 21st Amendment hopes to hit that sweet spot between the old and the new. Named after the amendment which abolished Prohibition in America in the 1930s, this gastropub and cocktail lounge brings a new translation of the traditional speakeasy to Liverpool. Mahogany wood, Gatsby-style decor and sultry lighting all add to the atmos - soon to be complemented by an eclectic roster of live music. A modern menu (think crispy fried chicken and Sunday roast) and big screen sports bring us bang up to date. 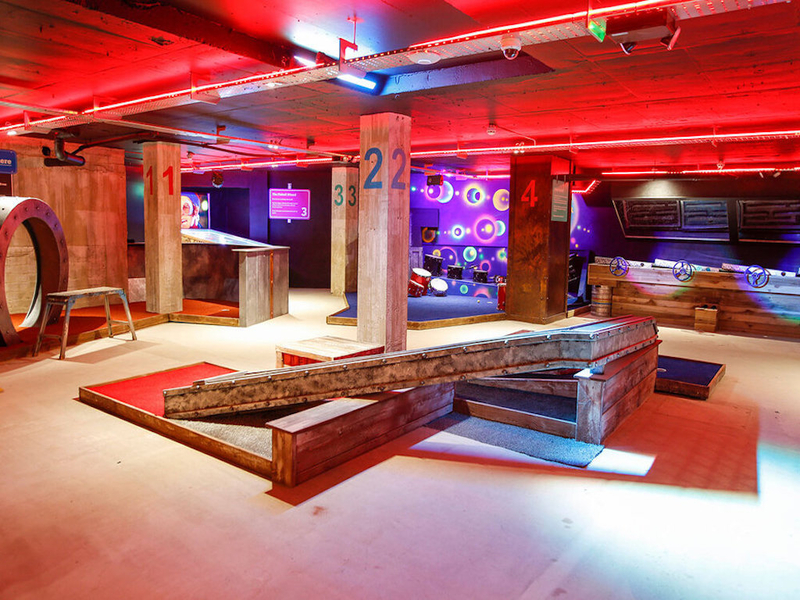 Coming in hot with a 100ft ‘crazier’ golf course, axe-throwing stations, 22ft shuffleboards, electric darts and beer pong as we’ve never quite seen it before, it’s clear that the renegades behind Boom Battle Bar mean business. When this lot are ready to go into battle during the next few weeks, you'd better be ready because they’re armed and dangerous. Troops can refuel from a selection of signature cocktails, craft beers and a street food-style menu serving up all the usual suspects: chicken wings, nachos and gourmet hot dogs. With venues across the country, BBB is now adding Liverpool to its arsenal, occupying what was previously the Poundland building in St John’s Market - quite the U-turn for the former shopping space. The city already boasts a healthy portfolio of game-based bars (Roxy Ball Room, NQ64 and ArCains, just to name a few) so we’re eager to see how these guys score on the leaderboard. Will it be a hole in one? Or will we be left with an axe to grind? Watch this space. 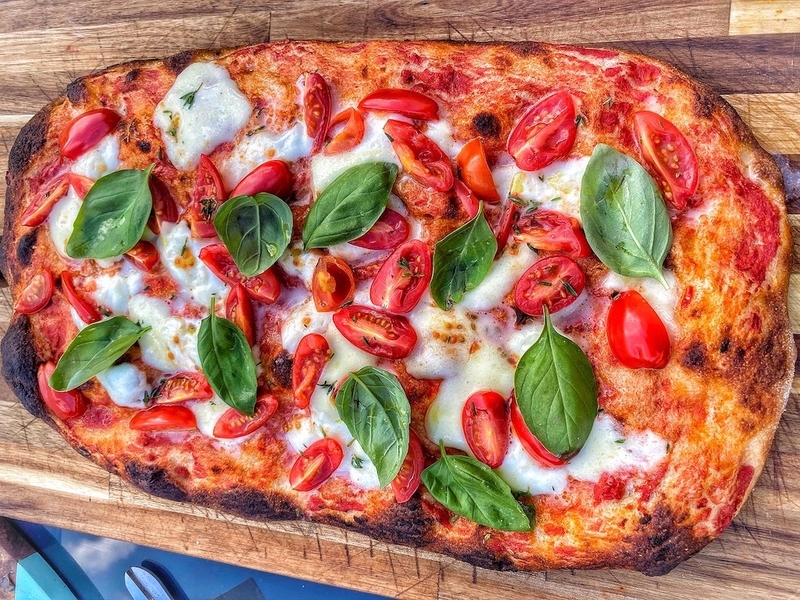 Fritto has been an old favourite on the Liverpool food scene for a few years now, starting out as a Granby Four Streets Community Market vendor. It dishes out authentic Italian street food on the move, popping up at events and markets around the country with its signature soft pizza dough and homemade recipes made using fresh, seasonal and locally sourced produce for food without fuss. This year though, Fritto is setting down some roots in the form of a Smithdown Road bakery that plans to breathe life back into the area. Expect fresh pizza, baked goods and the kind of coffee that puts hairs on your chest. It comes as part of the council’s House/Shop for a Pound regeneration scheme, designed to attract new residents and bolster the surrounding neighbourhood. What tastes even better than a crisp and bubbly Sicilian ricotta cannoli? A crisp and bubbly Sicilian ricotta cannoli with a generous splash of community spirit, that’s what. 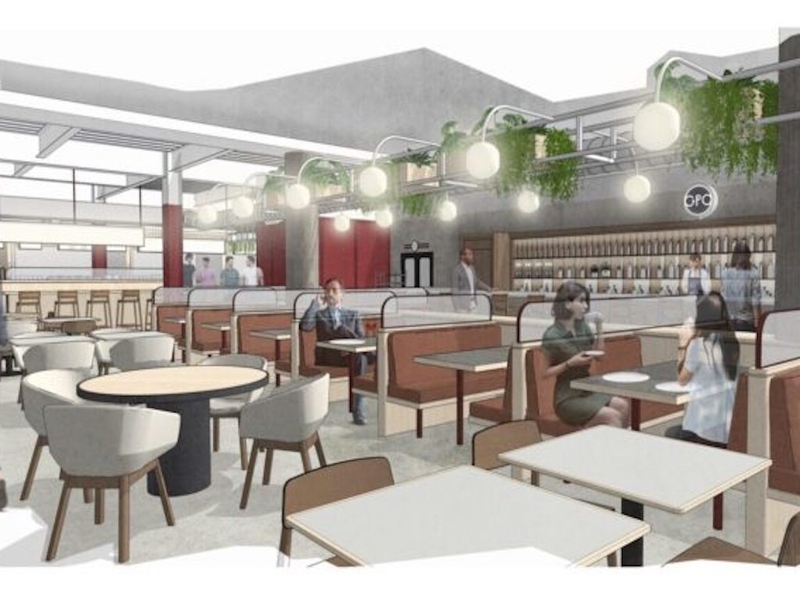 There’s no shortage of food markets in Liverpool of late. The latest in line is GPO (aka General Post Office), which will be opening up inside the Metquarter shopping centre later this year - stealing its name from the building’s former identity as the city’s main Post Office. This multi-vendor food hall is set to be Liverpool’s largest yet and vows to showcase the best in up-and-coming talent from the world of food and drink. Confirmed vendors include everything from a craft chocolate cafe and fried chicken connoisseurs to a pan-Asian robatayaki kitchen and unadulterated vegan junk food. According to those at the helm, each has been “hand-chosen and incubated to showcase the best in the world food in one iconic venue”. With plenty of space left to fill, GPO is still on the lookout for local talent to join the line-up - if you think you’ve got what it takes.

What: The Ink in the Well

Meander down Lark Lane and you can't miss the bright blue facade of The Ink in the Well punctuating the iconic street. This brand new pub and canteen (main pic) serves up conscious and ethical small plates and larger dishes. The focus is on ethically reared meat, ingredients that are 80% organic and everything sourced within a 50-mile radius. The line up includes a beluga lentil lasagne, crispy maple sprouts, turkey schnitzel, braised short rib cottage pie and a signature house burger - lots for carnivores; plenty for vegans and gluten-dodgers. Each plate is elevated to a level of sophistication that is accessible but still requires you to Google some of its components on the sly. Cider gastrique? Garlic migas? Sherry lacquer? They all sound like contestants on RuPaul’s Drag Race. At the bar, cask ales are local, cocktails are a speciality and all wines are natural and organic. If you need any further persuasion, pooches are as welcome here as people are. 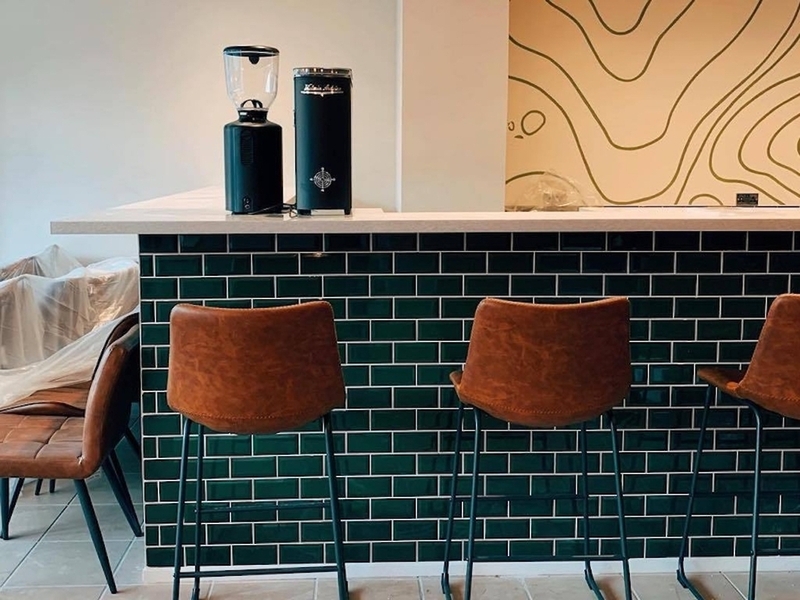 What: Lateral by WYLDE

WYLDE Coffee is a Wirral-based brand, brought to life by two local lads with a desire toreacquaint its customers with the wonders of the wilderness and great speciality coffee. Jamie and Warren opened WYLDE cafe in Heswall back in November 2019. Following its resounding success, this year they launched 'twin' venue, Lateral by WYLDE in the neighbouring coastal town of West Kirby. Lateral - as it’s known by those who swing by for a latte, a kimchi grilled cheese, a slab of pistachio cake and a peek at the Scandi-style decor - is a seasonal lifestyle bistro, contemporary cafe and soon-to-be cocktail bar (once lockdown is lifted). The menu is sustainably sourced, from regional roasters to socially responsible hot chocolate. It’s cool, it’s trendy and it wouldn’t look out of place on the Copenhagen canals but it’s still warm, familiar and the perfect way to support an indie brand with a big heart and bags full of potential for the future. 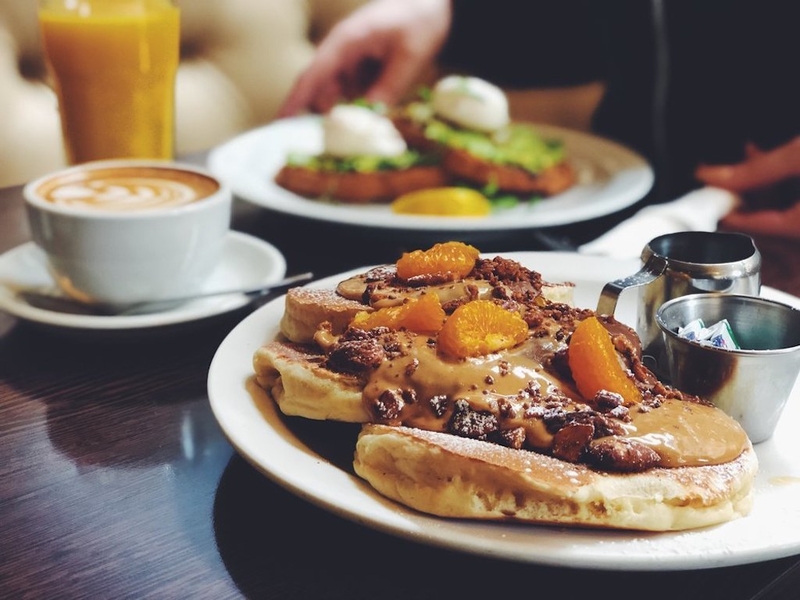 Moose Coffee needs no introduction; it’s arguably the most coveted pancake house in the North West, with three venues in Liverpool alone. Later this year, Moose will be adding another one to the stack when they launch their brand new waterfront digs. The 70-seater restaurant will be based on the ground floor plaza of a £12million development project by Regenda Group. The signature all-American-stroke-Canadian menu will be served up with a side order of panoramic views across the iconic Princes Dock - a fresh new vibe to complement its sibling venues in the city’s business district, theatre quarter and more suburban setting out in Crosby. The independent brand will be replicating its staunch social ethics down at the docks, launching a new educational programme in partnership with The Learning Foundry. We’re chomping at the bit for some pancakes at Plaza 1821 and can’t wait to get our sticky mitts on a cup of Moose house coffee.

On the food and drink front, the Whitechapel area of Liverpool has been most prominently associated with the biggest McDonald’s in the city centre. That and cheesy chips from the Lobster Pot after a debauched night on the tiles. Oh, and the rabble of squawking seagulls which are prepared to peck your digits off to mug you for them. With the imminent arrival of GPO and now Nama though, it seems Whitechapel is on the cusp of an almighty glow up. Nama comes from husband-n-wife team, chef Luke French and Stacey Sherwood-French. A duo known on the Sheffield scene for Japanese fireside grill, Konjö and Selected MICHELIN Guide 2021 fine-dining concept, Jöro. Nama is set to introduce a Tokyo izakaya-inspired kitchen to Liverpool. Nama's Instagram teases sustainably-farmed bluefin tuna and marbled wagyu on its daily changing menu, with the promise of cocktails and sake to wash them down with. We’re expecting great things from the pair who have been celebrated in Vogue, decorated with 3AA Rosettes and awarded a Good Food Guide score of 5. 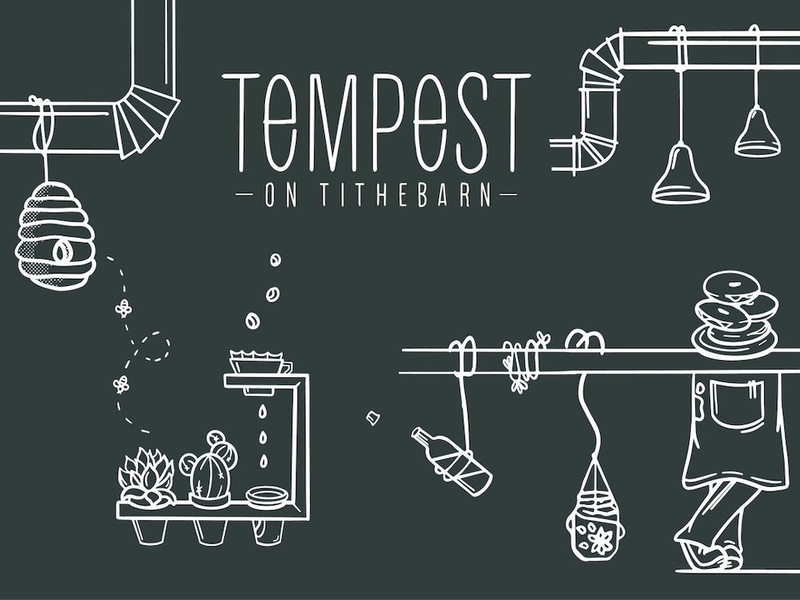 Liverpool’s intrinsic connection with New York is no great secret and there are homages to the Big Apple planted far and wide across the city. New kid on the block comes in the shape of Tempest on Tithebarn - a bar, event space and burgeoning brunch spot inspired by NYC's cultural melting pot Meatpacking district. In the venue that was once home to Folk (formerly Hus), the latest incarnation of the space will pour out onto the pavement, with street-level seating as part of the new Without Walls scheme. Tempest on Tithebarn also has plans to reel in the revellers with an ample rooftop terrace atop the miniature Concrete Jungle that is the Liverpool commercial quarter. Expect bottomless brunches, signature cocktails, skyscraper burgers and post-lockdown live music. Next time Kim Cattrall fancies a trip back home for a good old fashioned Scouse night out, she can be sure Samantha won’t be getting the boot here.

Liverpool has got Tusk restaurant, soon it will have Trunk Cafe. All it needs is a Massive Ears Bar to complete the full elephantine collection. New indie Trunk sits on the historic stretch of Hope Street in the city’s theatre quarter. It prides itself on 'the most #instagrammable milkshakes you’ve ever seen', one of which comes crowned with an Oreo cookie and an entire, full-size doughnut. The menu features all the usual suspects (hash, smashed avo, eggs Bennie, full English) along with a collection of brow-raising additions like a breakfast pizza and loaded bubble waffles. Twinkling lights make it cosy and inviting, while an eclectic decor of clashing colours and textures give Trunk some serious street cred. We’re all Dumbo ears for the announcement of its post-lockdown reopening date.