Ten brand new bars, restaurants and markets to look out for

Every time you think Liverpool couldn’t possibly squeeze in yet another coveted coffee shop, must-visit bar or head-turning restaurant which offers something different (again) to the rest, it goes and pulls another blinder out of the bag. Our city somehow always manages to find another few square feet to further expand its ever-growing portfolio of watering holes, food markets and well-loved restaurants. This year, there seems to be no signs of it slowing down.

With that in mind, let us take you on a digital meander around some of the most stomach-rumbling and curiosity-poking new openings coming (or just arrived) to our flippin’ fabulous city… 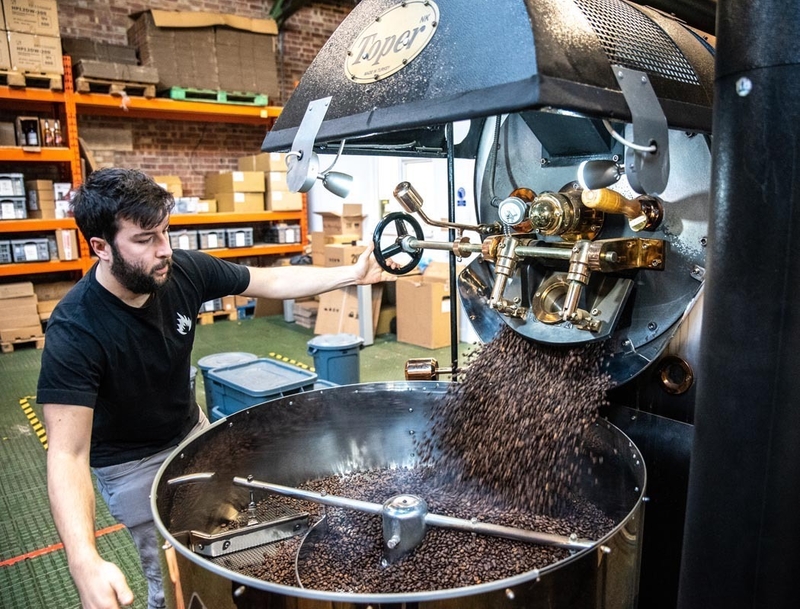 Does anybody have contact details for David Lynch? because Liverpool sure knows how to make a damn fine cup of coffee and we think he might appreciate an invite. To add to the extensive repertoire of coffee connoisseurs and milk foam artistes amongst us comes 200 Degrees Coffee, which will be opening on July 15th at its new 72-seater shop inside the Metquarter. This will be the ninth 200 Degrees in the country and brings with it a selection of handcrafted coffee and cold nitro brews, along with freshly-prepared soups, salads, sandwiches, cakes and pastries.

Each batch of roasted beans is sampled by 200 Degrees’ master roaster to ensure the signature smoothness so when you’re hot-footing it across Whitechapel, you know where to get your next caffeine fix. Should you decide to sit in and watch the world go by instead, be safe in the knowledge that tables fitted with pneumatic systems will ensure wobbly legs are never a problem. What a time to be alive. 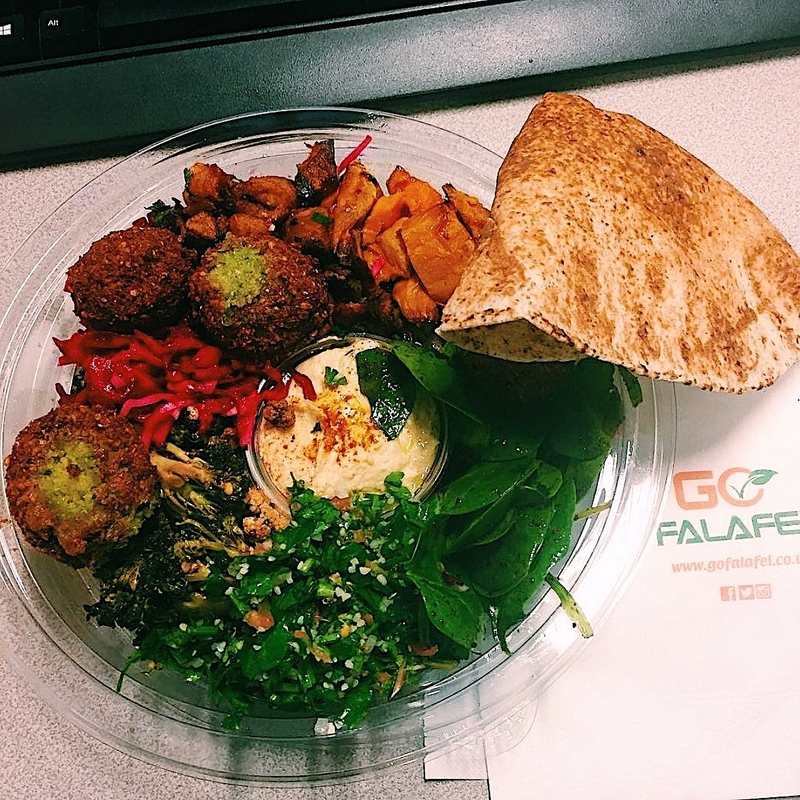 A whole restaurant dedicated to falafels? We hear you ask. Really? Well, these aren’t just any falafel, these are Go Falafel falafel. Falafels made fresh every single day from a mix which steals its recipe from true Middle Eastern tradition. (Is the word falafel starting to sound stupid to you now too?) This health-conscious food joint is already satiating other regions around the country with its nutritious wraps, salads, hummus, tabbouleh, fresh juices and smoothies. However, we have been treated to some Liverpool-exclusive dishes from the vegan, plant-based menu which has been designed for on-the-go eating. It’s a fresh new way of thinking about fast food and has already been dubbed “the best falafel in Liverpool” on TripAdvisor. High praise indeed. 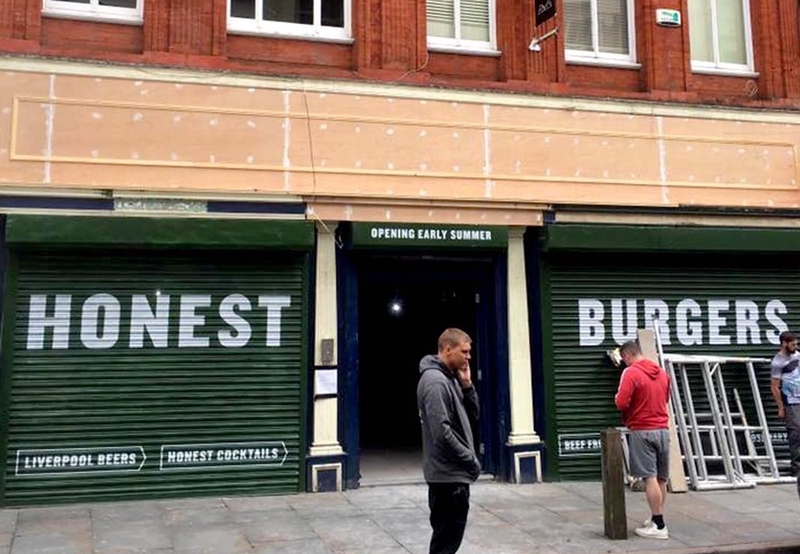 It’s 5 o’clock somewhere, so let’s raise a very full glass to the fact that we no longer have travel cross-city to get our Honest Burger fix as the popular burger joint plans to open its doors on our very own Bold Street very soon. More specifically, inside the iconic Petticoat Lane which housed some of the city’s most famous and longstanding small businesses in its heyday. We might have to sit tight a little longer (until July 29th to be precise) but the good, honest, traditional burgers ‘n’ chips are well worth the wait. Honest Burgers is dotted around the country but pays homage to each of its locations with a regional burger recipe so we’re positively on tenterhooks waiting to see what the ‘Liverpool’ burger will take the form of. These guys will be sourcing their ingredients – both food and drink – from local suppliers and are kickstarting proceedings by collaborating with local brewery, Black Lodge. Head to their website for more info on the event. 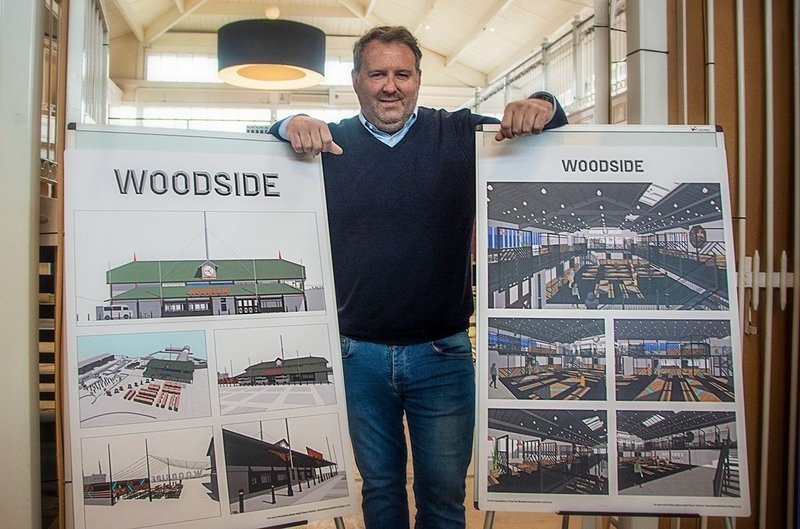 Okay, so this one isn’t strictly in Liverpool, but Woodside Ferry Terminal is close enough. It is only over the water and you can see the Three Graces from the right vantage point so let’s just go with it. Woodside Ferry Village joins Marine Street Social in punctuating the Wirral waterfront with en vogue food market-style dining. Launched just last month, the venue, which takes inspiration from the likes of the notorious Baltic and Altrincham markets, is home to seven eclectic food vendors and one in-house bar. The mixed bag of edibles includes traditional Italian batch ice cream at Caffe Cream, authentic Punjabi cuisine from East Z East and a selection of homemade pizzas from Liverpool-born, Bacaro. 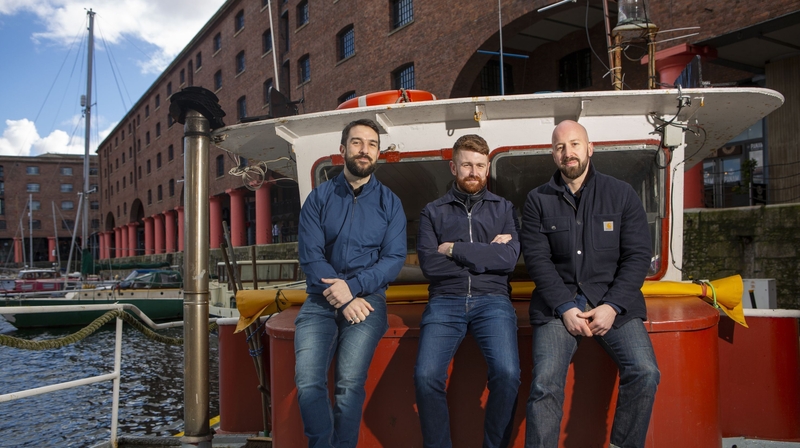 A name which surely requires no introduction, Maray is already Scouse royalty. Brought to life on the cobbles of Bold Street way back in 2014, this uber trendy small plate restaurant and cocktail bar built up such a cult following that it spilled out into a second venue only two years later in the southern suburbs of the city. Now, in 2019, Maray is set to cut the red ribbon on its third location in the heart of the iconic Royal Albert Dock. The brand has ambitions to introduce Maray to a whole new audience with the new opening but loyal and longstanding fans have no fear, for the renowned menu of pure Middle Eastern, Mediterranean and North African magic is to remain the same. Oh, and yes, that does most certainly include the famous ‘Disco Cauliflower’ in all its tahini, yoghurt and Harissa-drenched glory. 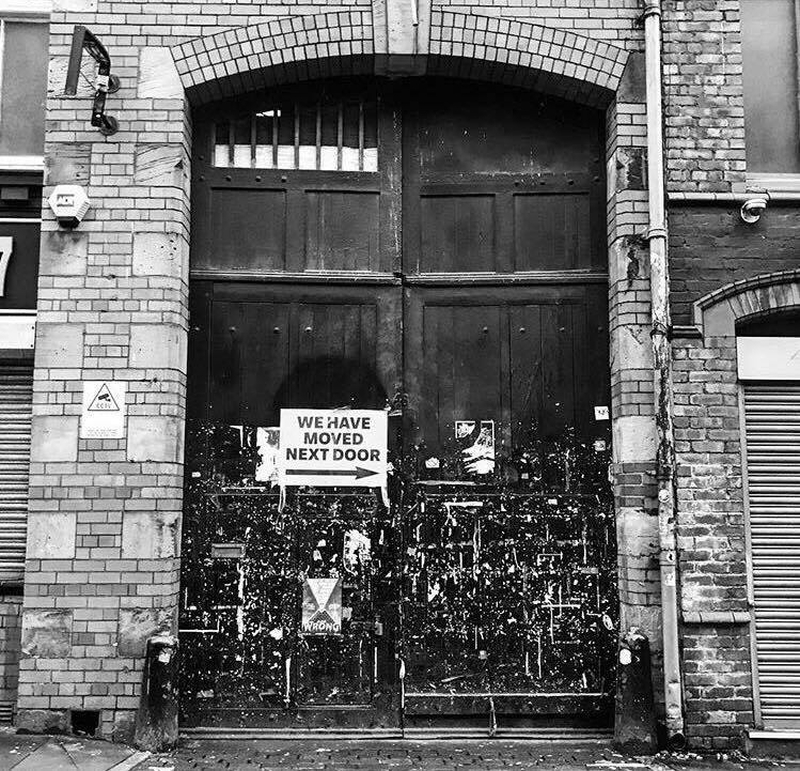 You probably won’t need us to tell you that we’ve also recently welcomed a new kid on the food market block and it goes by the name of Duke Street Market. Launched by the boys behind Graffiti Spirits Group, the market saw the transformation of an old Victorian warehouse at the bottom of Duke Street into something quite spectacular. The stylish two-floor establishment is currently home to six hand-curated food vendors, two bars, a florist and the flagship restaurant of BBC2’s My Million Pound Menu champions Pilgrim. Pilgrim will be serving avant-garde dishes inspired by European history, such as cured brill and octopus tentacle, but if that sounds a little out-there for you, you’ll be pleased hear that there’s plenty more on the table (literally), including flavours from the Far East at Ginger, Cuban cuisine at FINCA and lip-smacking meat plates from Bone & Block. Read more here 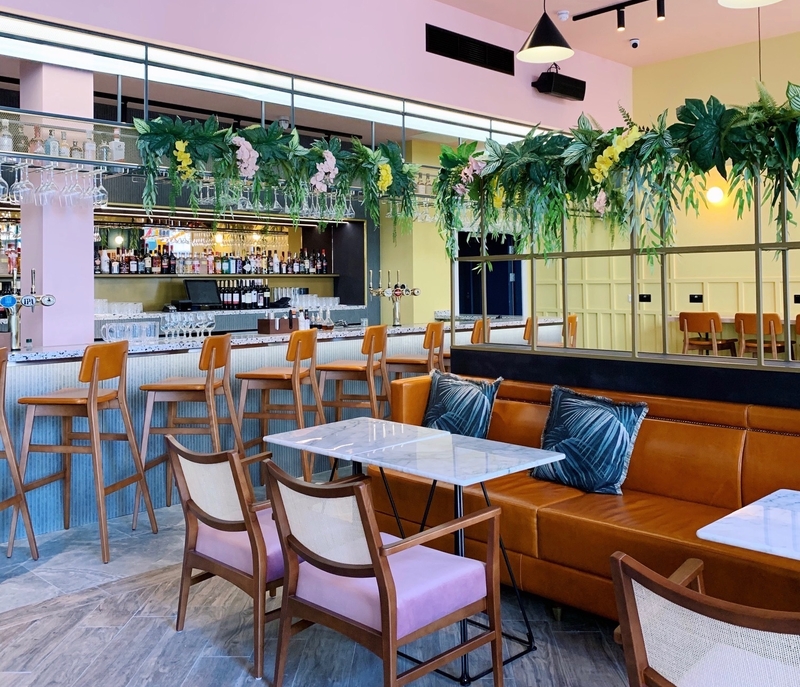 What - Mason’s All Day Kitchen & Bar

For some people, the thought of food first thing in the morning is enough to turn them queasy. For many, the first meal of the day should be a chilled out, tranquil affair with a chance to sip their OJ in peace. For others, breakfast is a cause for celebration and one which should not be wasted. The guys at Mason’s All Day Kitchen & Bar are clearly in the last camp as they’ll be serving an indulgent breakfast menu daily from 7am with a breakfast DJ and morning cocktails to boot.

As the name suggests, the brand new venue from independent hospitality group, EPIC will be open ‘til late, serving everything from black pudding fritters and confit duck leg through to a jackfruit and sweet potato burger and a menu devoted to nutritiously topped flatbreads. The recently opened bar and restaurant also boasts an impressive list of signature cocktails with the ‘Pink Elephant’ concoction of marshmallow gin, Chambord, peach Schnapps and cream expected to be a smash hit. 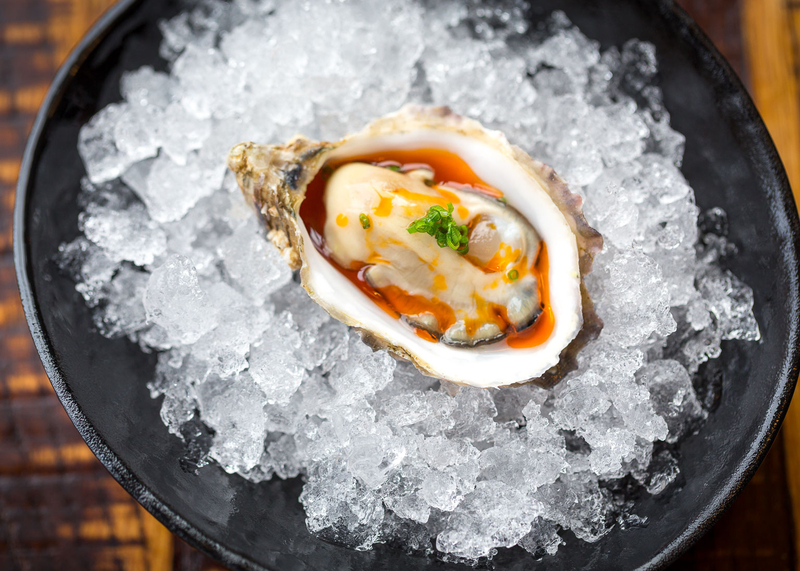 Anyone for tapas? Well, we hope you’re hungry because award-winning small plate restaurant, El Gato Negro is bringing its acclaimed menu of sharing dishes to Liverpool. The critically acclaimed El Gato Negro, has been a huge success in Manchester since it opened in 2016. The Liverpool restaurant will take the place of The Vincent Cafe & Cocktail Bar in Exchange Flags - a piece of news that came as quite a shock to locals, but they will no doubt be rapidly appeased when they sink their teeth into food, wine, sherries and cocktails all influenced by the colourful history of Spain. Flavours strike a balance between old and new and the menu promises to evolve with the seasons. When El Gato launches later this year, diners will be able to take their pick from a selection of fresh fish and seafood, charcuterie, meat-based recipes and an impressive repertoire of vegetarian and vegan options. Read more here. 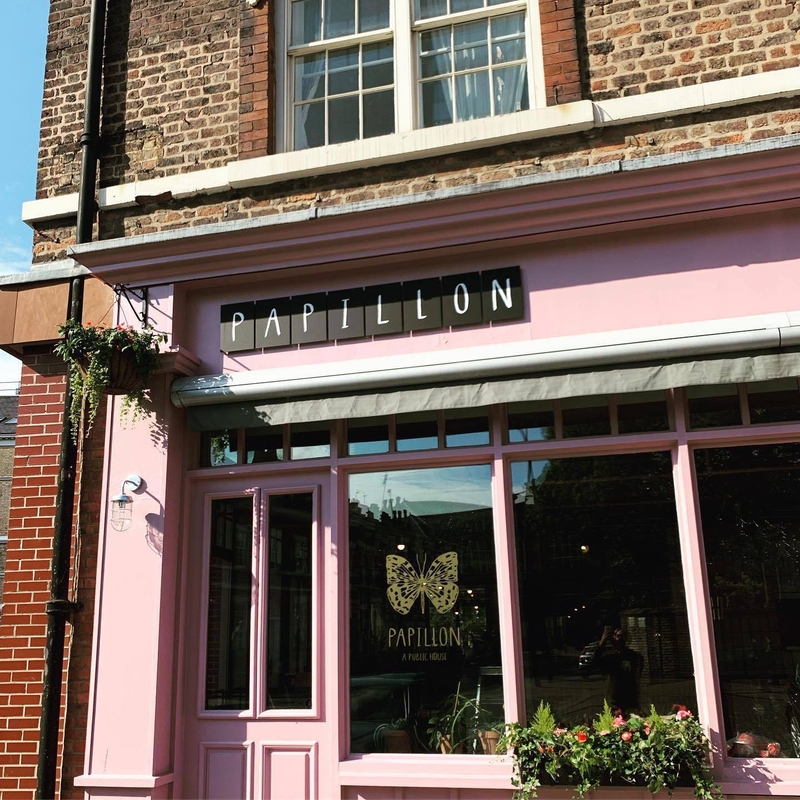 From the cocoon left by former Pan-Asian restaurant HOST, on Hope Street, has emerged a beautiful new specimen going by the name of Papillon. Its mantra is to merge a modern aesthetic and dedication to sustainability with all of the cosy and familiar elements we know and love about a traditional public house. In all its millennial pink glory, in the heart of Liverpool’s gorgeous Georgian Quarter, Papillon will be offering natural wines from global vineyards, cask ales from local breweries, breads and pastries from a bakery just down the road and sustainably sourced produce for their grazing menu. The community hub is due to open any day now and boldly promises “no stones unturned in curating and creating the very best”. When – soon, they’re not saying

This one is so hot off the press it’s practically smoking. So smoking, in fact, that even the full address remains a mystery at this moment in time. By definition ‘abditory’ describes a concealed location used to secretly store items - the perfect name for what is predicted to be Liverpool’s most sought-after secret bar. What we do know is that it will be nestled somewhere along Queens Avenue - the beautiful cobbled street between Castle Street and Dale Street which is often likened to the city’s own ‘Diagon Alley’. Attention to detail will be the order of the day here with every element having its own narrative to tell, from the names of its evocative cocktails and its boutique wine list to the fillings in its toasted sandwiches. Owners want to create a discreet, no-fuss place to grab a drink and bite to eat while still providing intrigue. Due to open later this year… watch this space.