TURNING out quality breakfasts for the great un-noshed on a daily basis is no easy feat.

Certainly that was the lesson of our recent quest for the best cooked breakfast in Liverpool city centre.

Many a sawdust sausage and bad idea fell by the wayside as we strove to find 10 excellent examples of eggs, bacon and all the trimmings.

So The Tavern, up on Smithdown Road, must be doing something remarkably right after carrying off the UK's Best Breakfast award for the second year in a row.

American owner Keith Gurney's winning full English was today named the People’s Choice after award organisers received almost 2,000 public votes to put it way ahead of hundreds of venues across the UK. 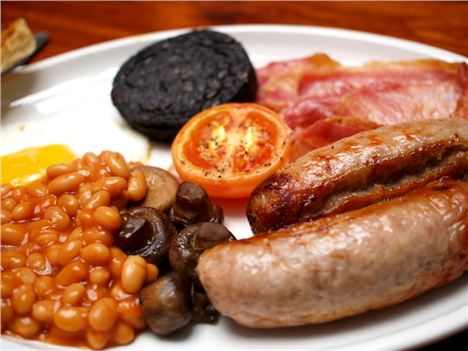 It is all part of Breakfast Week (January 25-31), which aims to highlight the importance of eating breakfast.

The Tavern Company’s winning Full English consists of two of the fattest bangers you'll find in these parts – made to the owner’s own recipe   back bacon, egg, grilled tomato, Bury black pudding, mushrooms and baked beans together with extra thick buttered sliced toast, made with that ubiquitous local purveyor of all good things yeasty, Antoni’s bakery. 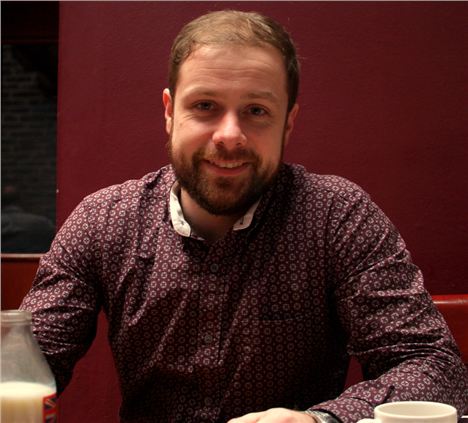 Joe Holroyde: 'It's all about the detail'

Tavern Company Manager Joe Holroyde told Liverpool Confidential: “We only used to serve breakfasts on a Sunday, in fact we never used to open in the daytime at all on weekdays. But once we did it was the breakfasts everyone wanted. Gradually we opened earlier and earlier - noon, 11am, 10am - just to see what would happen, until we started at 9am. The customers just kept on arriving.

On this sleepy January Monday morning, when most other restaurants and bars in the city are still struggling with the weekend empties in even emptier esatblishments, the Tavern is positively rocking. Already there are around 150 people, from teens to octagenerians, friends, workers and the business-clad tucking into the £6.95 special as the funky playlist chuggs them to life.

“This is relatively quiet,” says Joe. “At lunchtime we get pupils from the nearby secondary schools coming in for their bacon and eggs. I think they see it as a bit cooler than the canteen.” 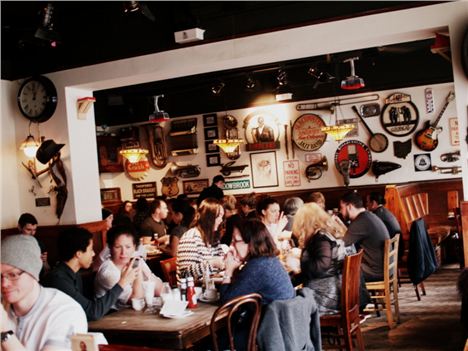 The Tavern has queues going down the road on Sundays when it serves up a staggering 650 breakfasts from 9am-2pm. The rest of the time it’s a mere 350 a day. To cope, a dozen chefs man the kitchen at any one time.

“We have one man who just fries eggs for the whole shift. Another who makes pancakes and nothing else. Kitchen staff don't mind working here at all. It's one of the few places where they get to have a night off."

Every breakfast is served with bottomless tea or coffee served by at least one dedicated member of staff doing laps of the room.

"We all know tea and coffee costs nothing and how massively everyone overprices it,"says Joe. "So we give it away. People like more than one cup in the morning. In other places that can add £8 onto the bill."

The suburban independent, which celebrates its 25th birthday this year, employs 55 staff  and has doubled its cover capacity to 200 in recent times making it one of the most successful independents in the city. Happily it hasn't stopped turning out jugs of margheritas and groaning plates of burritos, the vague memory of which makes Confidential wistful for the old days living in the party house on Penny Lane.

So what’s the secret?

“It’s the detail,” says Joe. “We have the same regulars, like one family of six, who have been coming every Sunday, at the same time, for over a decade. We like to think we go the extra mile to make people feel welcome.” 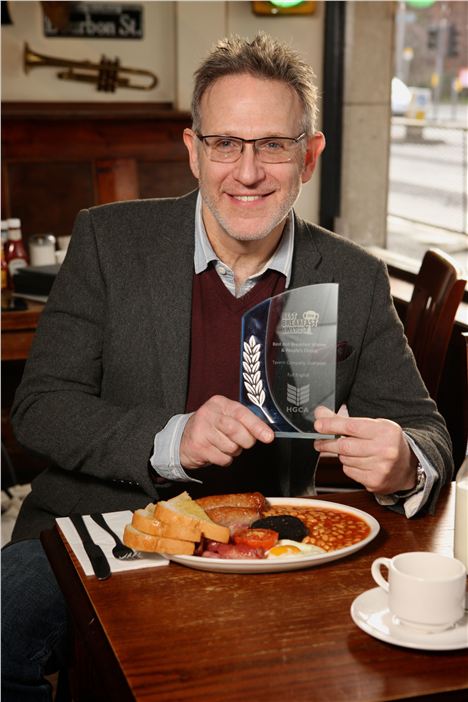 Meanwhile, on the award front, Keith added:, “We’re thrilled to have won for a second time! We started serving breakfast, only on Sundays, 20 years ago to about 12 people and now we’re serving over 2,000 breakfasts a week.”

Breakfast Week is a national campaign organised on behalf of UK cereal farmers and producers, to celebrate the importance of breakfast.