'It will doubtless outlive us all' - Tavern Co, Smithdown Rd, reviewed

Angie Sammons relives a time and place where everything, yet nothing, has changed

Once upon a time there was a tavern,

Where we used to raise a glass or two

Remember how we laughed away the hours

And dreamed of all the great things we would do?

Then one night the house went up in flames. The golden retriever was fatally overcome by smoke and I sustained a dislocated coccyx jumping from a first floor window.

“That’ll REALLY hurt if you ever have kids,” cackled the radiographer in the Royal.

Twenty-two years later and I am back on Penny Lane where the great fire of 1996 broke out, seizing every single possession on its march: two lifetime’s worth of vinyl rendered a treacle sculpture; the charred pages of a first edition of Flann O’Brien’s At Swim Two Birds found fluttering among skipping children in Dovedale Primary playground; the Very, Very, Very Ex’s autographed and framed picture of John Noakes and Shep, pulverised into cosmic dust.

Hell’s own bailiff left two calling cards: the all-pervading stench of greasy, rotting soot, unique to a domestic blaze, and the dormant nerve of dread which briefly flinches to life when Grenfell is in the news.

As for the gutted terrace, it was born again, a beautiful house. Yet nothing was quite the same as it ever was and, when, soon after, we embarked on our separate ways out of L18, it became the prize of another first time buyer with better beginner’s luck. 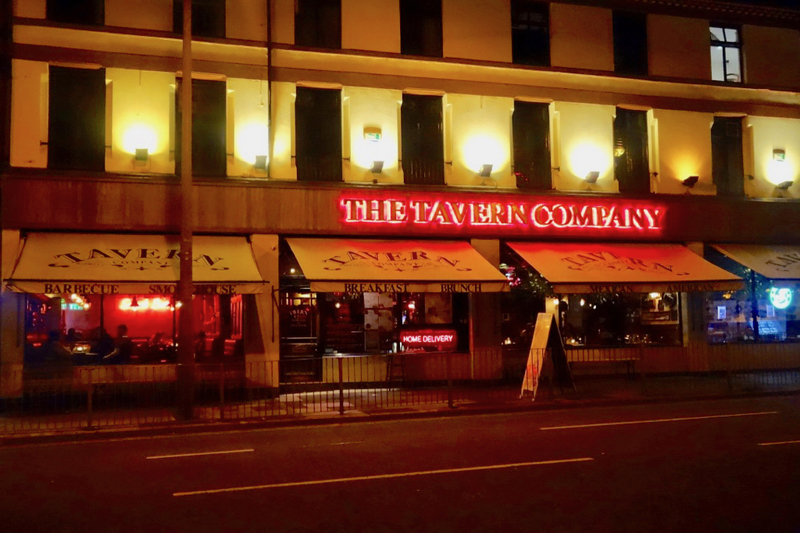 I was more sad to say adios to the Mexican local, Tavern Co, but reassuringly it has remained a constant for the tens of thousands of people who, in those intervening years, have drunk and danced away the hours.

In fact, it has been subject to a doubling spell and where it was once two knocked-through shop units, it is now four, encroaching its way along the very top of Smithdown, just before the lights change and the house prices surge.

It lives to the max with long operating hours, reeling in the area’s wide ABC demographic with inventive social media. There are national awards for its morning fry-ups and, at the other end of the day, it is a drinking den straight out of Serpico: American neon, glowing red, late into the evening, the last shots of Joe Crow set up on the bar.

The food repertoire, accordingly, is nothing too taxing, aimed at sending students, young professionals and families away fully fuelled.

A Tex-Mex/Cajun cantina menu, some newer currency includes filth burgers, the novelty of which wore off shortly after it began.

Yet we will always have time for simple nachos, beans and cheese (£7.95). As hefty as the gathering at the next table, this take packs a flooring chilli punch which causes me to cough and splutter in a not altogether unpleasant way.

Cajun chicken (£12.95), a bland, scorched something or nothing, flanked by a throwaway (and it is thrown away) corn on the cob, is worth the consideration only of those unaccustomed to eating out, the accompanying mash having the faint air of having been boxed off earlier, with that butter-warm, butter-cold, butter-warmed-again flavour.

Enchiladas manage to be both stodgy and stingy, the main element, beef chilli, in limited supply. The stars of the dish are the rice and beans, and if that’s what you want to spend £11.95 on, be their guest.

The grill chef, meanwhile, has done his or her best with the sirloin steak (£19.95), but from the off it is an unpleasant, tough piece of flesh that no glug of Tesoro Malbec (£18.95) can comfortably send on its way. It comes with bog/bag-standard French fries and a great deal of tenderstem broccoli, a nice idea, which alas, further tests the powers of the lower jaw. At £1.95 extra, a bowl of pond-green peppercorn sauce is pleasantly piquant but has all the texture and appearance of wartime invalid soup.

Much more worthwhile are the build-your-own fajitas (£12.95), in this version chicken and chorizo, peppers, onions and spice, coming in a sizzling cast iron pan. The mix boasts colour and freshness and there’s a lot of it, the first thing that looks truly healthy, with more rice, clean guacamole and big dollops of welcoming soured cream.

Whatever misgivings with some of the dishes, strangely that wouldn’t stop me from going back. It’s another one of those that’s-not-the-point places, like Keith’s at the other side of Sefton Park, although here we have a much slicker ship.

Tavern is many things to many people and it will doubtless outlive us all.

Playing the long game, there is even an ice cream bar aimed at the many young people in its hinterland who flock there from Caldies, Bluecoat, Liverpool College and beyond to socialise and spend when the bell has gone. Grown ups in waiting, for whom the time will come when, weighed down with fatter wallets and responsibilities, they will perhaps ease back inside, rose tinged with nostalgia.

No such thing exists, in quite this way, for teens in other parts of the city. Enjoy the moment, kids. These are the days.