Four brand-new dishes for a limited time only

SPECIAL times are to be had this summer at Bundobust, everyone (even Jay Rayner)’s favourite award-winning veggie street food and craft beer gaff. Usually dishing up Indian, specifically Gujarati-inspired goodies, for the rest of July and August, Bundobust is introducing punters to plates with an Indo-Chinese flavour.

“The fiery fusion of Indian and Chinese cuisine is popular the world over and now Bundobust have come up with four brand-new dishes, one of which is their very own Northern take on a classic”

The fiery fusion of Indian and Chinese cuisine is popular the world over and now Bundobust have come up with four brand-new dishes, one of which is their very own Northern take on a classic. All four specials can be enjoyed alongside existing Bundobust staples and team perfectly with Bundo’s very own beers, brewed on Manchester’s Oxford Street. 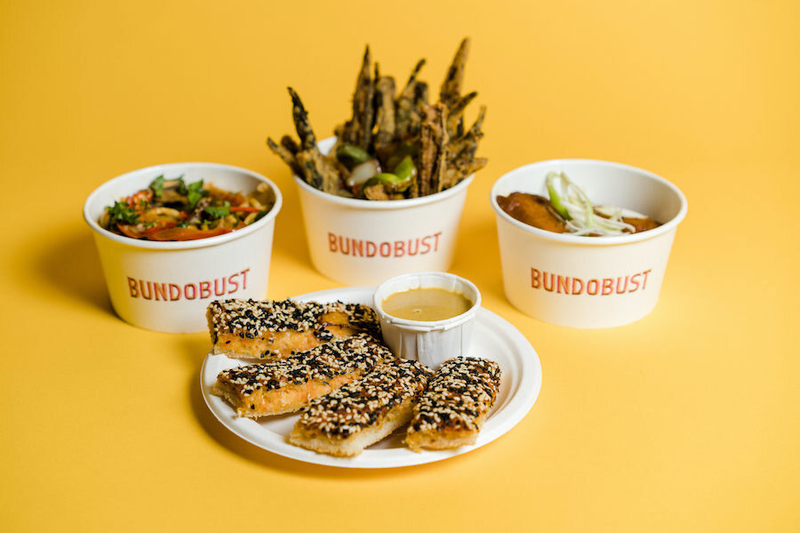 Rolling out across the Bundobust Brewery, Manchester Piccadilly, Liverpool and Leeds restaurants, the Indo-Chinese specials are available for a limited time only, from 18 July until 29 August. Best get those trips planned in now, as we’ve already had a pre-launch taste and we reckon you’re going to love them. 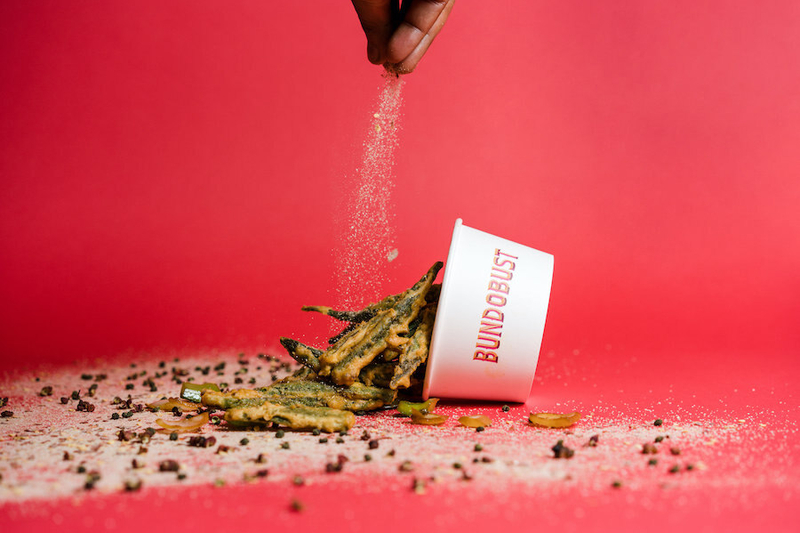 For the first of four, think East meets North as the great Chinese chippy gets hold of Bundo’s number-one street food dish to bring you finger-licking once-you-pop-you-just-can’t-stop salt and pepper okra fries.

The Indo-Chinese treats continue as another banquet favourite gets the Bundobust treatment, transforming prawn toast into gobi toast – dip your deep-fried soldiers of minced cauliflower, garlic, ginger and sesame seeds into the coconut korma sauce for an ‘all crunch, no crustacean’ veggie snack that packs a punch of Gujarati power. 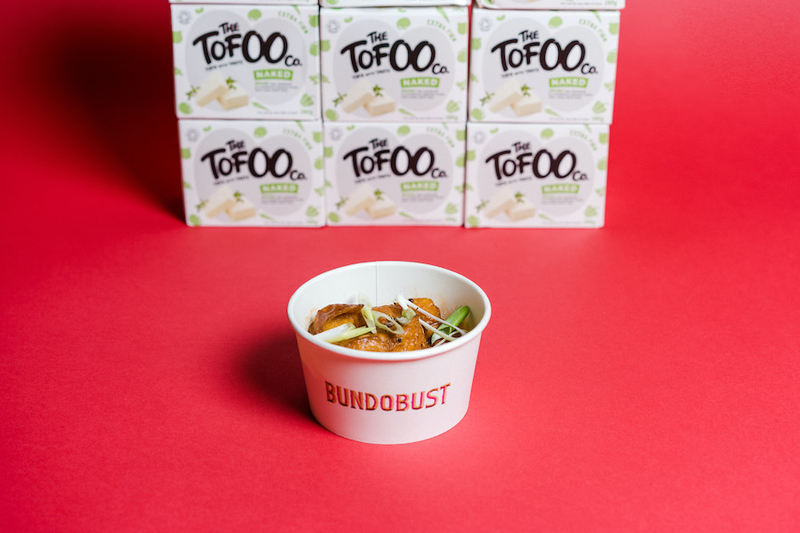 For mains, Kolkata Chinatown’s most popular Indo-Chinese creation Hakka noodles is on the menu; at Bundobust, it’s a spicy affair combining soy sauce-coated noodles with red and green peppers, cabbage and mushrooms for a bowl that will definitely be hot off the pass.

Last but not least is Tofoo 65, seeing the Bundo kitchen cook up tofu for the first time. But it’s not just any tofu, it’s Tofoo tofu, handmade in Yorkshire using only water, soya beans and natural nigari, and at Bundo it becomes battered pakoras, served in a sauce rich with Chinese five spice, curry leaves, garlic and mustard seeds.

Find out more about Bundobust and the summer specials here.