Stanley and Calderstones parks to be privatised

Council does some more pruning thanks to austerity cuts

TWO of Liverpool's prized Victorian parks, Calderstones and Stanley Park, will be privatised under plans expected to be approved on Friday by Mayor Joe Anderson's mayoral cabinet.

Although the city council will retain the freeholds of the two parks, new operators will have to ensure they are run at zero cost to the council.

Currently it costs the public purse more than £156,000 a year to run Calderstones while the cost of running Stanley Park costs more than £185,000. The figures only relate to grounds maintenance costs and do not include staffing, utilities and depreciation costs.

The move has been prompted by massive cuts the city council receives from the government each year in grants to cover the cost of running the city.

A green light on a Friday will pave the way for to operators to be sought to run the two showpiece parks.

A way of running Liverpool’s parks follows the commissioning by Mayor Anderson of a Strategic Green and Open Space Review Board (SGOSRB) to explore a range of different financial models and operating systems to ensure the future of the city’s parks.

The board, chaired by former Brookside actor Simon O’Brien, made a number of recommendations in the final report which was published on 6 October, 2016. One of the reports key recommendations was to identify alternative ways to protect public parks from the ongoing cuts to public sector finances by exploring alternative management models, including trusts.

The report to the cabinet seeks approval for council officers to undertake a procurement exercise to secure a new operator to operate the parks under a concession agreement  with a lease likely to be a minimum of seven years. The operators are likely, says the report, to want the security of a reasonably long term contracted out lease in order to be able to attract the investment required to improve the park.

The report says: “The aspiration to reduce the council’s maintenance and repair subsidy year on year to reduce it to zero.

It adds any agreements will protect heritage, public access to the park and define restrictions on what the parks can be used for.

“Calderstones Park is key part of the city’s history and whilst the council recognises the need for the new operator of the park to be free to operate in a commercially viable manner, the council’s key objective will be to protect the heritage of the park and ensure any proposals are fully in keeping with the Grade II listed status,” adds the report .

The report says the inclusion of the "Friends of Calderstones Park*" on a panel involving officers and elected members in the evaluation of the submissions received from interested parties will ensure proposals are effectively scrutinised to ensure they fulfil the aspirations of residents of the city.

*NB: The organisation is actually called Friends of Harthill and Calderstones Park, but as the council is flogging the Harthill bit to Redrow for housing, it could be council officials are unilaterally renaming the name of the "friends" group.

What the council report says about the two parks…

Calderstones Park is a Grade II listed park and was sold to Liverpool Corporation in 1902 for £43,000 and formerly opened as a park three years later.

It has long been revered as ‘Liverpool’s most beautiful park’, a status notably enhanced by its former Botanic Garden designation.

A vast range of outdoor plantings combine to ensure horticultural interest throughout the year, most markedly in the ornamental gardens. The popularity of the park is evident all year round and is sustained by a good level of facilities, attractions and events. 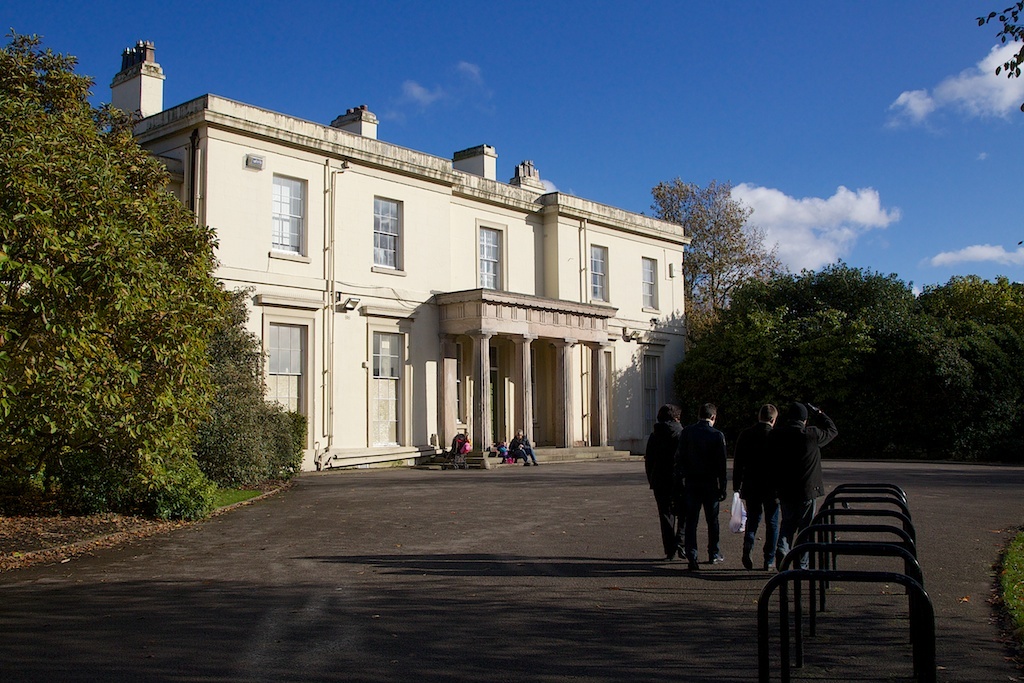 The quality of the park landscape, the variety of features and amenities and a location within the city’s green wedge of former park estates have established Calderstones as one of Liverpool’s most popular parks. In 2014, The Reader Organisation (TRO) became resident in the park and now has a 125-year peppercorn lease for the Mansion House and ancillary buildings.

Following a successful Heritage Lottery Funding bid, they are currently undertaking some major improvements to the park buildings and enhancing the park facilities. Glendale-Liverpool, the Council’s grounds maintenance contractor, still occupies some of the ancillary buildings and currently pays a rent to TRO via a sub-lease agreement.

Calderstones Park is named after the Calder Stones which are six Neolithic sandstone boulders remaining from a Dolmen which was disturbed in the vicinity of the present park in the early 19th century. The Stones were relocated and are still housed in the Harthill Vestibule, although work is underway to relocate them again. The stones are a Scheduled Ancient Monument and are due to be relocated as part of the next stage of The Reader Organisation’s plans for the park.

Stanley Park is a green flag park. Originally opened in 1870, this Grade II listed park was designed by Edward Kemp and has been beautifully restored in recent years

Significant for its layout and architecture it has a grand terrace with expansive bedding schemes, the restored Isla Gladstone Conservatory and lodge. The land consists of amenity grassland suitable for sport and events, formal gardens and lake system. Stanley Park’s main car park at the junction of Arkles Lane is also Currently used for match day football parking under a commercial licence.

The Isla Gladstone Conservatory is already subject to a 15-year lease agreement that, following extensive refurbishment, has been successful in providing a central attraction within Stanley Park.

The Isla Gladstone also currently provides local employment, match day hospitality, catering for weddings and events and a café that is heavily used by local people.