‘Each messy bite pushed us further in to a food-induced high’ – Slim’s, Bold Street, reviewed

BOLD Street wasn’t always a bustling food mecca, you know. Until a few years ago, the top end was home to one of the city’s best-loved fruit and veg markets; there was outrage when the council forced its closure in 2010.

Since then, 108 Bold Street has been something of a poisoned chalice. There was Ameriesko, the cafe that would brazenly serve tins of Heinz when its supplies were low. There was Central Perk, a gimmick that was fun for as long as it took to realise you’d just paid about a fiver for a bad cup of coffee. Things started to look up with the arrival of Love Thy Neighbour, the hipster-vegan-avocado-is-bae hot spot, which had a successful run of around two years. But then, just when I thought equilibrium had been restored, in January LTN suddenly announced it would be closing. I began to wonder, is this address cursed?

Today it’s Slim’s, the newest venture from Graffiti Spirits Group, who just so happen to have a hand in some of the best spots in town – Duke Street Market, Bold Street Coffee, Santa Malucco and El Bandito, to name a few.

There is all sorts on the menu. Our minds were paralysed by the paradox of choice, so we got some bevvies in to help us think. The menu claims there’s a laboratory somewhere pre-batching cocktails. This intrigued me and prompted me to order a Slim’s Spritz (£7.50). It was an Aperol Spritz and nothing more – and I watched them make it at the bar. Still, it was well made and the G&T (£4.50) wasn’t bad either.

I’ll start by saying that the tiger prawn salt'n'pepper bites (£7.25) were good, but the small portion probably wasn’t worth the seven quid. In fact, I’d have forgotten about them if it wasn’t for the photos; bear that in mind when you’re trying to whittle down your options.

Buffalo cauliflower wings (£6) were much better. I couldn’t taste the turmeric, but then I wouldn’t expect to because the dipping sauce could have passed for a little pot of molten lava – try it if you think you’re hard enough, but don’t say I didn’t warn you.

The vegan BBQ corn ribs (£6.25) are becoming quite the sensation on Instagram and the thing I was most keen to try. Reminiscent of an octopus’s tentacle, the scorched yellow husks were covered in a sticky red glaze, dusted with what can only be likened to a barbeque-flavoured methamphetamine: each messy bite pushed us further in to a food-induced high, leaving us fiending for scattered remnants of its sweet and tangy hit.

Speaking of Instagram; this whole place is a wonderland for the ’Gram-happy adolescent. Self-described as a high-end American diner, its pink neon signs and monochrome tiling provide the perfect backdrop for the young aspiring influencer.

The food was flying out. When our double cheeseburger (£8.95) arrived, I wondered: is it basic to pick a burger from a menu teaming with new experiences like deep-fried onion petals and kimchi-topped hot dogs? I don’t know, but they say it’s the simple things that provide the most satisfaction – and this burger was no exception.

We pair it with Lo Pan Fries (£6.50) – a basket of house fries smothered in a sweet curry sauce, Sriracha, topped with loads of chopped Siu Mai; a Chinese dumpling we could go mad for.

Call it a pre-dessert, but the last thing to arrive was our CFC & Waffles (£13.95). I’m not here to open the debate on sweet and savoury pairings – and you can get strips of the chicken on its own for just over a fiver – but if you’re happy to eat poultry coated in cornflakes, what’s offensive about a Belgian waffle?

We probably should have stopped it there, but who in their right mind would say no to a cast-iron skillet of white chocolate cookie dough (£5.95)? Not us; we wasted no time sinking our spoons into the scorching pan of gooey mess. The conversation fell flat, bar the odd muffled cry of joyous appreciation.

It’s junk food at its finest in here; stodgy, comforting and dangerously moreish. Would I come back? If I get the chance, of course I would: if only for those corn ribs. That said, who knows what the future holds for this new kid on the block? History would have that the odds are against it. But if I could place my bets, I’d say its chances of survival are anything but slim. 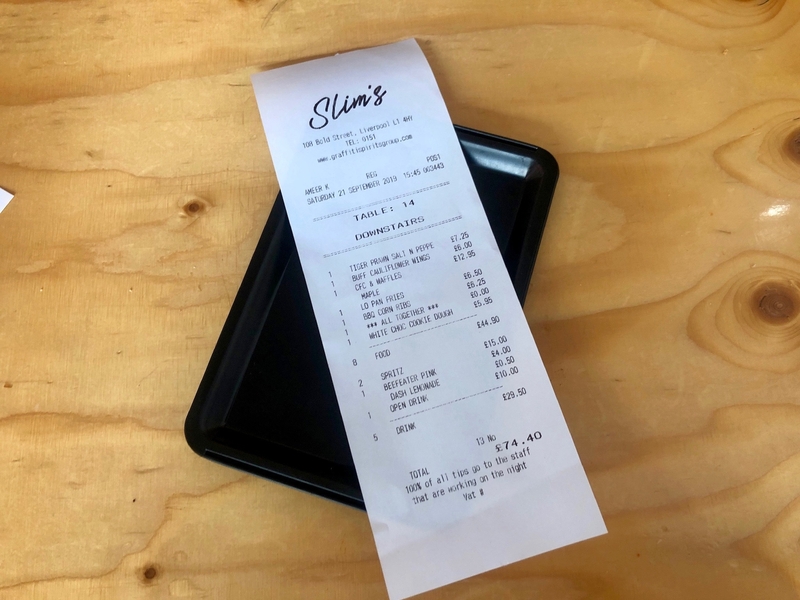