The Liverpool military hero, who was the only soldier to twice win Britain's highest honour for bravery during World War One, is to be commemorated on a new £5 coin, the Royal Mint has announced.

Captain Noel Godfrey Chavasse, who ignored his own injuries to tend to the wounded of the Liverpool Scottish (Kings) regiment, is to be featured on one of the Royal Mint’s six new "precious medal" coins which tell the story of the Great War 100 years on.

The city of Liverpool has also revealed its own day-long plans to honour the Army doctor at the end of August.

Meanwhile, over at the Museum of Liverpool, his medals, on loan from Lord Ashcroft, have today gone on public show for the first time outside London's Imperial War Museum, and can be seen until January 5.

Chavasse, who had already been awarded the Military Cross in 1915, was decorated with two Victoria Cross medals for bravery at the Battle of the Somme, in 1916, and, posthumously, a year later at Passchendaele where he was killed on August 4 at just 32.

Although he was born in Oxford, Noel Chavasse became linked to Liverpool after his father became the city's Anglican bishop in 1900, living at the Bishop's Palace at 19 Abercromby Square.

There is a already a statue honouring him there and Chavasse Park, facing Albert Dock, is also named after him.

Indeed, Chavasse has already had at least 16 memorials dedicated to his memory, a total thought to be greater than for any other VC holder in the world.

Now a commemorative paving stone will be added to that, unveiled at Abercromby Square Gardens on Tuesday, 29 August, at 11am, attended by his family, the Bishop of Liverpool, the Lord Mayor of Liverpool and other civic and Army dignitaries.

It will be followed by a re-creation of his memorial service at St Nicholas Parish Church at 2pm, exactly 100 years since it originally took place there, which will include the original hymns he had chosen. His sword will also be on display – the first time it has been seen in public for many years.

To bring the day’s commemorations to a close, 208 (Liverpool) Field Hospital will hold a Last Light Vigil at 9pm back in Abercromby Square Gardens.

Anne Jessopp, The Royal Mint’s Director of Consumer Business said: “The Royal Mint has a long association with the military, having made medals for military campaigns since 1815.

“The Royal Mint will have made Captain Noel Chavasse’s Military Cross, for example, so we are honoured this year to be reflecting on his bravery, and other poignant First World War themes from 1917, 100 years on.”

Chavasse is one of only three people to have ever twice won the VC.

Cllr Malcolm Kennedy, the Lord Mayor of Liverpool, said: “Noel Chavasse was a courageous medical doctor whose selfless actions saved many lives. He was completely devoted to his duty and in his own words as he lay dying, he wrote “Duty called and called me to obey”.

“Noel had been set for a brilliant career in medicine - but instead he became one of the most extraordinary soldiers Britain has ever seen, winning the Victoria Cross twice.

“Liverpool is incredibly proud of him and this is why the city is honouring him with this fitting ceremony."

*The King’s Regiment is to hold a service at 1pm this Friday, 4 August – the day Chavasse died - at the Liverpool Heroes Memorial in Abercomby Square.

Unselfish until the bitter, deadly end 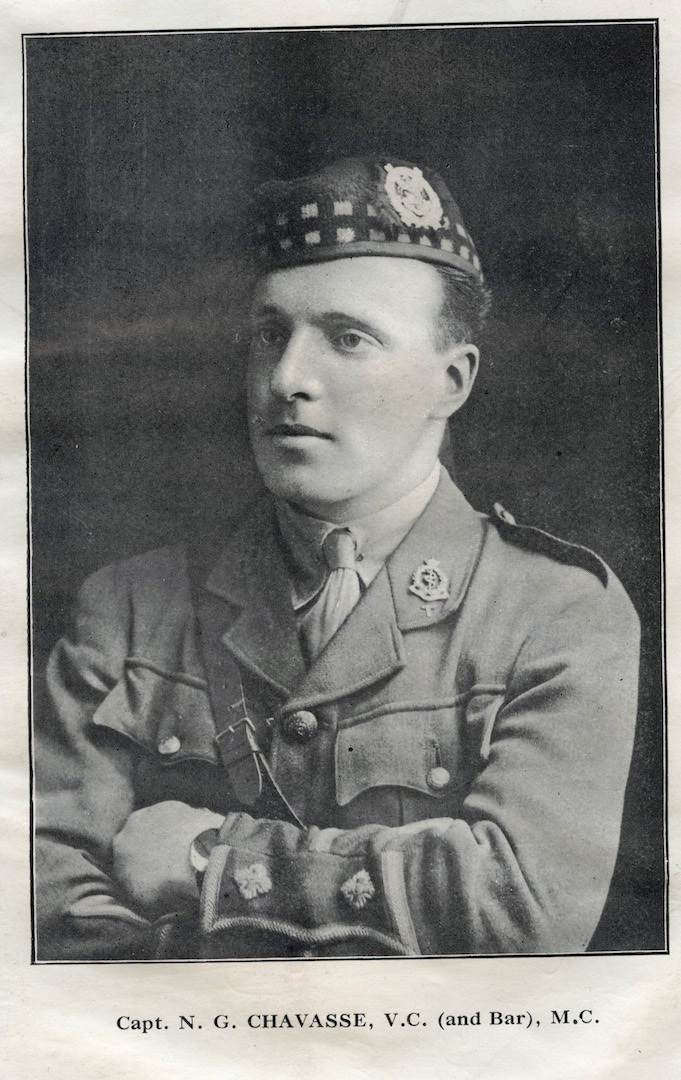 Noel Godfrey Chavasse was born in Oxford in 1884, an identical twin and one of seven children. The family moved to Liverpool in 1900 when his father, the Right Reverend Francis Chavasse, took up the post of Bishop of Liverpool.

He attended Liverpool College where he excelled at sport. After gaining a first in philosophy at Trinity College, Oxford, he and his twin brother, Christopher, represented Britain in the 400 metres at the 1908 Olympics.

After becoming a doctor - first as house physician at the Royal Southern Hospital, Liverpool, and the following year its house surgeon - Chavasse served as an Army medical officer attached to the 1/10th Battalion of the King’s (Liverpool) Regiment, a kilted territorial battalion known as the Liverpool Scottish.

Despite not even being a frontline soldier, he was responsible for some of the bravest and most unselfish acts of the entire four year conflict and became the most decorated soldier of the war for his actions.

He was awarded the Military Cross for his actions in June 1915 at Hooge near Ypres, where he continually went into no man’s land for nearly 48 hours until he was satisfied there were no more wounded needing treatment.

He was first awarded the Victoria Cross for his actions in August 1916 at Guillemont in France on the Somme when he attended to the wounded all day under heavy fire. He carried a critically injured man 500 yards to safety under heavy shellfire and rescued three wounded men from a shell-hole just 25 yards from enemy trenches. It is estimated he saved the lives of some 20 seriously injured men as well as treating countless others.

His second Victoria Cross was awarded for his action in July and August 1917 in Wieltje, Belgium, when, despite being severely wounded in his skull, he refused to leave his post and for two days not only continued to perform his duties, but went out repeatedly under heavy fire to search for and attend to the wounded who were lying out. He was instrumental in rescuing many who would otherwise have undoubtedly succumbed under the bad weather conditions.

On August 2nd, he was finally taking a rest at his first-aid post when it was struck by a shell, but despite this he crawled for half a mile to get help for the others. He died on 4 August, but not before dictating a letter to his fiancée Gladys in which he explained he carried on working because “duty called and called me to obey”.

The citation for his Bar in the London Gazette reads: "For most conspicuous bravery and devotion to duty when in action (Wieltje, Flanders).Though severely wounded early in the action whilst carrying a wounded soldier to the Dressing Station, Captain Chavasse refused to leave his post, and for two days not only continued to perform his duties, but in addition went out repeatedly under heavy fire to search for and attend to the wounded who were lying out.

"During these searches, although practically without food during this period, worn with fatigue and faint with his wound, he assisted to carry in a number of badly wounded men, over heavy and difficult ground. By his extraordinary energy and inspiring example, he was instrumental in rescuing many wounded who would have otherwise undoubtedly succumbed under the bad weather conditions.

"This devoted and gallant officer subsequently died of his wounds.” 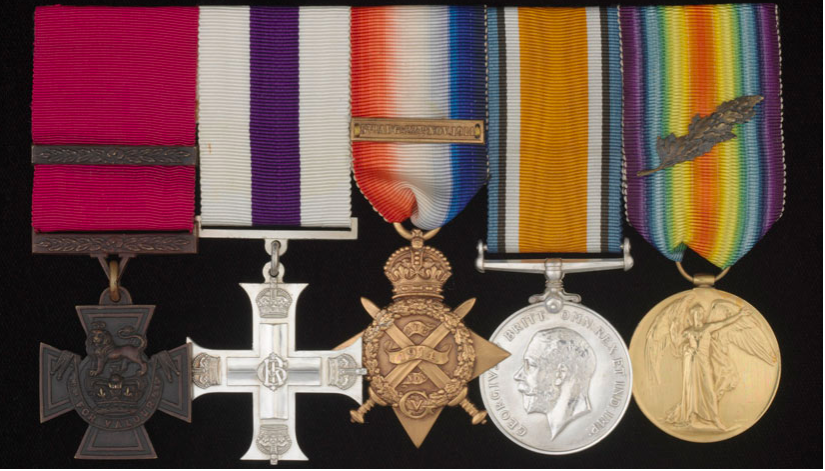 Noel Chavasse's medals, including two Victoria Crosses, can be seen at the Museum of Liverpool from today until January